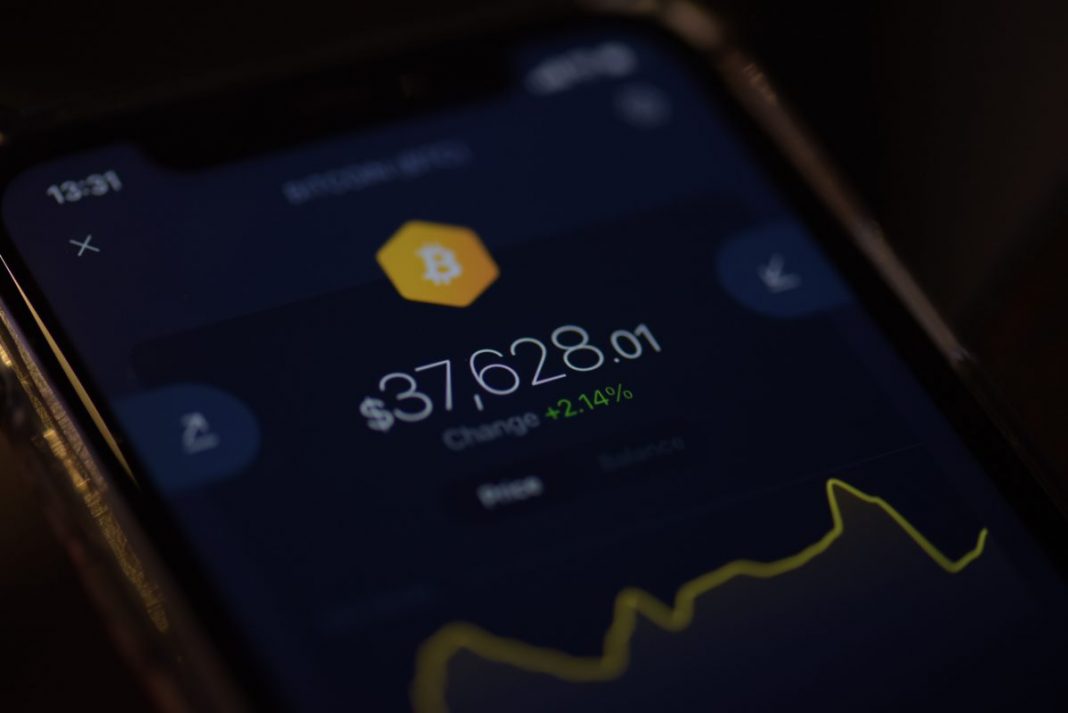 If you’re looking for a good way to get crypto loans for crypto gambling like on the best crypto casino, Cardano’s native token projects are an excellent way to go.

But first, Cardano needs to have a dedicated and decentralized trading hub. This is to facilitate financial services and allow you to swap between ERC-20 and CNTs without needing to use an off-chain solution. ADAX proposes to be that trading hub. It is matching its development with Cardano’s upgrades. It has also recently launched its DEX (Decentralized Exchange) and ADAX token. Let’s look at what the platform offers and if it is Cardano’s answer to Uniswap.

What is ADAX Crypto?

ADAX is a crypto exchange that uses smart contracts to drop the intermediary in token swaps on the Cardano network. It provides ADAX and ADA holders with fast and cheap transactions.

In addition to this, it has a non-custodial centralized exchange for token swaps across the Cardano ecosystem. It has recently launched a decentralized exchange. This allows ADAX holders (and others) to earn rewards from liquidity pools. The protocol routes any network fees back into the liquidity pools. Plus, the ADAX team has followed Cardano’s progress. It’s done this by releasing network upgrades like smart contract integration and scalable private channels (Hydra).

So, the team sees itself as the starting point for DeFi’s growth in the Cardano ecosystem. It has already added a launchpad for Dapps (Decentralized Applications) on Cardano. The platform has also amassed strategic partnerships with other blockchain entities. This is to provide security, oracle data, interoperability across blockchains, and charities.

It also has a native token, ADAX. ADAX allows users to earn rewards, vote on proposals, and have priority when investing in new IDOs (Initial DEX Offering) on its launchpad. Lastly, the platform has outlined its ambitions with an updated roadmap. They also hold various Q&A sessions with the community and provide regular updates on development and project progress.

There are many automated liquidity protocols on other blockchains, including Uniswap on Ethereum. It has support for various cryptocurrencies and already has hundreds of developers working on new Dapps.

Accordingly, ADAX would be a safer short-term bet for the team, but they chose Cardano for good reason.

The Cardano development team only implements updates and changes after rigorous research and testing. It also has a decentralized governance structure that promotes transparency and due diligence. Cardano is building an ecosystem for the future of the public and private sectors.

On the other hand, Cardano has not performed well in the crypto market recently. Its current price of $1.09 is well below its highs of over $1.50 at the beginning of the year. This might make ADAX crypto a less attractive option for developers and new users of the Cardano ecosystem.

Up until and after the Alonzo upgrade for Cardano, the ADAX team shared regular updates on the project’s progress. But they have not communicated much on their Discord and Twitter channels. They have published a detailed roadmap for the project’s future features in the past, though. The team announced three stages for the roadmap.

The first stage involved launching the platform’s IEO (Initial Exchange Offering) in June 2021. It also entered a collaborative relationship with the Cardano foundation at this phase. The IEO was a success and the project succeeded in raising enough funds to continue development.

Lastly, the team has implemented the first part of phase 3, which includes releasing v1.0 of the ADAX protocol on Cardano. They will also begin an extensive marketing campaign to attract more users to the platform. In Q2 and Q3 2022, they will implement the ERC-20 bridge, add more wallet support, and KYC procedures. It will also launch NFT swaps during this phase.

The project will distribute 10% for liquidity, 10% for the team, 15% for staking, 25% for the treasury, and 40% for public distribution. Accordingly, the project has currently sold 14% of the token’s supply.

ADAX holders get priority access to IDOs on the ADAX launchpad. They will also have access to community governance. In the future, ADAX traders and liquidity providers will have added benefits.

Currently, holders can trade their ADAX for USDT (Tether) on the CEX. They can also stake their ADAX in three staking pools. They can earn returns between 3 and 8% APY. On the Decentralized Exchange, users can swap tokens using the ADAX-ADA trading pair. ADAX crypto use cases do not have the utility of ERC-20 tokens now. Its functionality on the ADAX platform lacks variety.

Lastly, ADAX is only available on the EXmarkets centralized exchange. It is one of the two exchanges that currently has support for CNTs. Users need to either create a Nami or CCVault wallet to interact with the DEX.

As previously mentioned, ADAX is attempting to provide Cardano with an ecosystem of DeFi tools. They will assist Dapp developers with providing Cardano users with financial services. These include staking pools, token swapping across blockchains, and NFT swapping.

But, the platform is only in its initial stages due to Cardano’s slow rollout of certain features. These include smart contract implementation and the Hydra protocol. This latest Cardano update will allow users to create channels like the Bitcoin Lightning Network. This will make transactions faster and open the doors for highly scalable financial applications.

With the release of ADAX DEX v.1, the team has implemented a centralized exchange due to a delay in the development of the DEX. It utilizes an order book, but the protocol does not group all transactions. Instead, it splits each order into smaller UTXOs (Unspent Transaction Output). These allow the protocol to avoid any potential bottlenecks.

The CEX also allows users to stake their ADAX crypto and GERO. They can receive between 3% and 25% APY rewards.

The exchange also leverages Stockgeist.AI to analyze social media sentiment regarding a CNT. This means that users can view if the crypto community has a positive, negative, or neutral attitude towards a particular token.

In summary, ADAX’s stop-gap CEX has all the basic features for users to trade CNT tokens and earn rewards through yield farming. But, its social sentiment tool does not do enough to make it a go-to exchange for CNTs.

The ADAX Decentralized Exchange utilizes an order book with on-chain transaction settlement. This is currently running on a limited scale, though. It uses Plutus smart contracts for full decentralization when initiating trades on the exchange. It also uses the Stockgeist.AI for social sentiment like the CEX.

It also has an order book for placing sell and buy orders using the protocol. It also allows quick swaps from liquidity pools and supports swapping all CNTs for ADA, but currently not with each other. This makes the DEX a waypoint for new users, and it does not allow direct cross-token support.

Accordingly, the order book does not have many “sell orders” for other CNTs. There are several ADAX crypto sell orders set up.

Lastly, the UI is responsive. There are no timeouts or crashes. However, the social sentiment tab does not provide any insights.

Accordingly, Cardano has lower fees, less energy consumption, and faster throughput than Ethereum. Users can also swap their tokens on the ADAX DEX in the future. This will provide a cheaper alternative to other DEXs currently available.

But, Cardano has only announced compatibility with the Singularity AI token, AGIX. The ADAX crypto Decentralized Exchange does not support this token yet. Though the Cardano development team has ensured that the ERC-20 converter will leave the testing phase in 2022.

Lastly, the ERC-20 converter will have a significant impact on the usefulness of the ADAX DEX, but the team still has to implement it on the platform.

Along with the launch of the ADAX CEX, the team also implemented a launchpad for new CNT projects. It is open to all Cardano projects, and ADAX does not charge for listing. There are also no withdrawal and deposit fees. It only has a 7.5% commission based on raised funds.

The platform also offers marketing services and off-chain staking. This means that projects do not need to solely rely on the launchpad for funding. This makes it a less risky platform to raise project funds.

Plus, ADAX holders that have staked 1000 ADAX or more for a period of 3 to 6 months will receive certain rewards. These include early access to certain IDO public sales and a 5-10% discount on the general sale price of tokens.

The launchpad has already held a public sale for Cardano’s first interest-free stablecoin, AUSD. The ADADAO team held the sale on 12th February, and it sold over 4 million tokens.

Finally, the launchpad has hosted two other sales for the RAD and FLICKTO tokens with similar success.

The ADAX platform has effectively started partnerships with other blockchain projects. Their goal is to expand its development scope and ability to implement new features. This makes their strategic partnerships an invaluable aspect of the platform’s growth potential.

Recently, the ADAX crypto team signed a partnership with World Mobile. This project aims to decentralize telecommunications. Providers and customers use the WMT token to transact on the network. ADAX will provide WMT with access to the platform’s liquidity pools, and there is space for more collaboration in the future.

In summary, the ADAX crypto and exchange still has a long way to go before it can call itself a Uniswap rival. Currently, it has the basic features needed for a decentralized exchange and DeFi hub. Users can trade CNTs without an intermediary. Its launchpad allows ADAX holders to easily support new Cardano DeFi projects.

But, its limited token support and lack of ERC-20 converter make it a platform for early adopters. It is not as attractive to veteran Ethereum Dapp developers or DeFi consumers.