The BC.Game Blog
Home Beginner Guides BC Game: Why you need to try megaway slot games 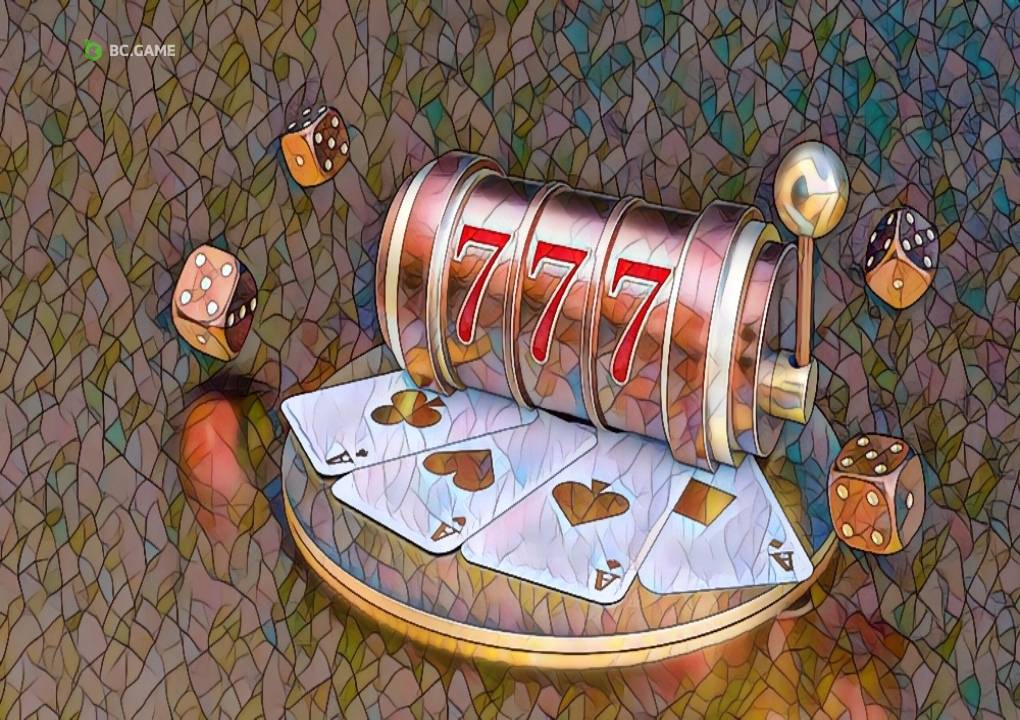 BC Game offers you the best online casino titles, from slots to table games. If you want to try high-volatility games with a high chance of hitting bonus features, then try megaway slots. Start playing using your preferred cryptocurrency accepted at BC Game.

There are many megaway titles to try, even for beginners. They all share similar features that make slot games great but with an additional element to offer a unique experience overall. Each has fun themes complemented by creative animations and sound effects from top-notch software providers.

What is a megaway slot game?

Megaway is a slot game where you have hundreds of ways to win each spin. It’s defined specifically by how its slots are arranged. For example, it’s frequently got six reels rather than 5 or 7. Each reel can have any number of rows between 2 to 6 in every spin. These are all independent from each other, giving megaway slot games tons of flexibility for all of their possible winning combinations.

No megaway slot game uses any payline. You win by having at least one copy of the same symbol on each consecutive reel starting from the left, even if symbols aren’t aligned to form a pattern. Wild symbols also work for all possible combinations, allowing them to trigger multiple matches at once.

Megaway slot games typically have four extra slots at the top or bottom of the grid as extensions for reels 2 to 4. Unlike the rest of the slot game, these are fixed as 1 row but they count for all possible combinations. They carry the usual symbols, but some titles use them to carry bonus features rather than have them appear on the bigger reels.

Playing a certain game simply because they are fun is a valid reason. Many enjoyed megaways, and you can be one of them if you try it. If you are one of the more practical bettors who needs a reason to try a new experience, BC Game can give you three basic ones. Here are three elements that make megaways stand out from other types of online casino games:

Slot games are designed to be easy gambling games that can turn a profit without effort or too much time investment required. Megaways makes it better because it has more ways to win thanks to the number of symbols available at a time.

It also makes it easier to trigger special features like free spins, bonus game mode, or a special minigame unique to the title. The appeal inspired many software providers, like Microgaming and Playtech, to adopt one of their standard slot games into a megaway title.

One of the easiest traits to point out that megaways excels at compared to other casino games is its volatility. Low-paying symbols in a high-volatility slot game are typically fruitless given their low payout. Megaway slot games also feature them at a low rate, but you can easily get two or more of them at a time. It’s also easier to reach five to six of a kind in a slot game with up to 7 rows per reel.

It’s an easy way to win large amounts of cash from a short gaming moment. It guarantees you can hit the special features at least once or twice for longer sessions. If megaways can profit from low-paying symbols, then high-paying combinations can be even more lucrative.

Software providers can be as creative as they want to be

Most megaway games follow the standard 6-reel slots popularised by Bonanza, the first game of this category provided by Big Time Gaming (BTG). However, no software providers are limited to this format. They can opt for a 5 or 7-reel setup and move the additional rows somewhere else in the grid.

Any slot game can be labelled under megaways as long as it features a varying number of rows per reel and there are additional slots where bonus features can appear. Software providers can apply these elements to all sorts of ideas fitting the game’s theme. What sets them apart is the kind of bonus features each title offers that define their identity.

The best megaway slots to play at BC Game

BC Game is partnered with top-tier software providers to give you the best games to play using cryptocurrencies. Just type ‘megaways’ in BC Game’s search bar to reveal all the options available in your country. If you don’t know where to start, then here are five highly recommended titles to try:

If you’ve been keeping up with the latest digital asset trading events, you have already heard of non-fungible tokens (NFT). It started the trend of creating artificial scarcity for all sorts of media like paintings, audio, and moments in history, creating a profitable economy and culture for artists.

Playtech made several Buffalo Blitz games, all of which are available at BC Game. The Megaways version is based on the Buffalo Blitz II but has additional features like a random number of rows, increased volatility, and frequent bonuses. The game’s theme is centred around the majestic beasts of North America.

Buffalos are the most prized for their meat, hide, and the challenge of hunting a creature so strong. A herd can cause a stampede which is bad news for a hunter. The difference is, in Buffalo Blitz Megaways, this is the most rewarding feature you can trigger, and it happens frequently.

If Red Tiger’s NFT Megaways celebrate NFT culture, then Booming’s Blockchain Megaways are the same but for the technology that made crypto trading possible. It is presented with a more futuristic style to represent that blockchain is the future of finance.

Blockchain Megaways’ gameplay is simpler than most megaway slot games because it only has basic features like wilds and multipliers. However, it makes up for it in the consistency of hits. Every reel comes with one additional row compared to other megways. Thus, reels 2 to 4 can have up to 8 instead of 7 symbols.

The Choice is Yours Megaways

BC Game has plenty of games based on popular television programs, but The Choice is Yours Megaways is based on an unsold pilot. It was meant to air on television in 1970 but was never green-lit. Iron Dog Studio gave it a second life as a megaways slot game for you to enjoy.

The fun ramps up at The Choice is Yours Megaways once you trigger the free spin feature. You are given a choice between three volatility levels, low, medium, and high. Higher risk opens the gate to higher rewards, while lower volatility means safer profit. The choice is yours in this megaway title.

While celebrating blockchain as the future of finance is fun, there is also beauty in traditional banking that is worth appreciating. That’s why Microgaming introduces Break da Bank Again Megaways, a third instalment to the series of the same name.

Spin the reels and claim your rewards in values equivalent to the jewellery, paper cash, and jewellery scrolling down the reels. Wait until you hit the Hot Mode, where every win gets boosted, starting with a 20x minimum multiplier.

FAQ about BC Game’s megaway games

BC Game offers the best platform for megaways slot gaming. You can start as soon as you deposit funds into your bankroll but remember to opt-in for a bonus for maximum enjoyment. If you have some concerns, here are some of the most frequently asked questions about megaway games:

(Q) Do megaway games have a free spins feature?

(Q) Can I win a real cash prize from megaway slots?