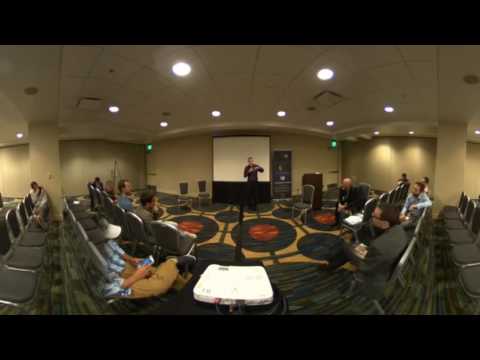 In this talk, recorded at D10E in San Francisco in July 2016, Andreas discusses the architecture of power, how decentralization compares to centralization and how each scales. Architecture determines how power is concentrated and has important implications for liberty.

Keywords/phrases: Mining in China. There are five constituencies of consensus and none have complete control over the system, all of them have to agree: developers, miners, exchanges, wallets/ users, and merchant services. Changes won’t happen if the economic activity doesn’t follow. Neither the majority Western users and developers nor the majority China miners can take over; it creates a balance of power. The centralisation of mining isn’t healthy but it’s the result of the massive increase in mining performance over 5 years, from CPU to ASIC, from 40 nanometre down to 16 nanometre. Because of Moore’s Law, we’re going to see a re-decentralisation of mining.