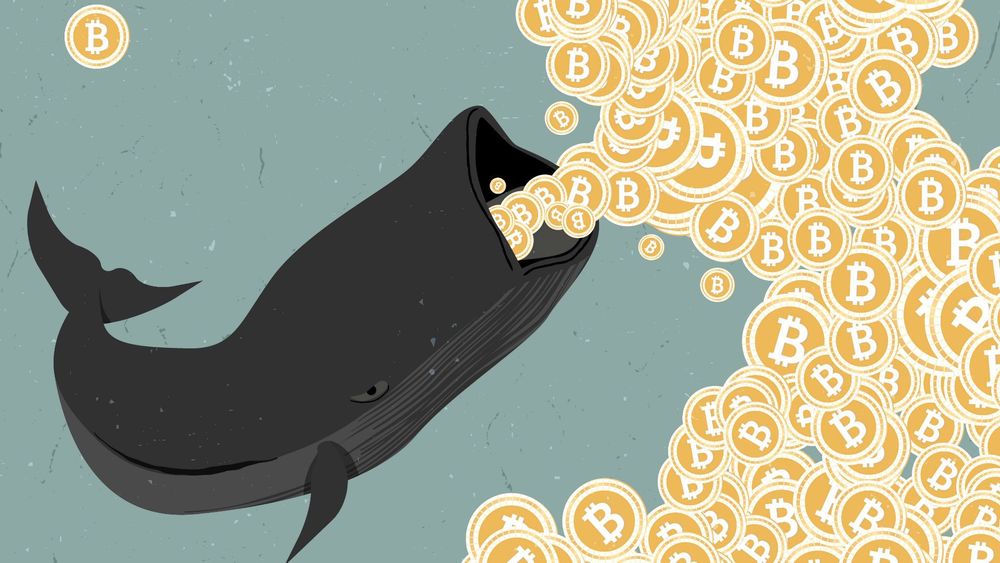 We cannot agree more that the elixir that crypto currency (BITCOIN) needs to continue to gain a foothold in the global financial system is basically mass acceptance.

Unlike other currencies, there are three ways to make money with Bitcoin: Saving, Trading and Mining. Bitcoin can be traded on open markets, which means you can buy Bitcoin at a low cost and sell them at a higher price. One of the general properties of money (FIAT) is global adoption and as much as Bitcoin can attain this global adoption it will stand every chance to thrive!

What are Crypto Whales?

Bitcoin officially came into existence in 2009, It was created through a process called Bitcoin mining. Around the globe, those who apply this process to acquire this crypto are called Miners. The predicted amount of this coin that can be mined is capped at 21 million and according to professionals mining gets more difficult as more Bitcoins are generated. This professionals have also predicted that this coin will finally be mined by the year 2140. From the inception of this crypto, there were a certain set of individuals around the world who have amassed a larger quantity of the total amount of the Bitcoin in circulation. They are called the Whales. The implication is that any individual or business entity who with a single address has amassed 1000 BTC or more is a Bitcoin whale.

It is worth knowing that the value of Bitcoin can be volatile if compared to more established commodities and currencies. Also the coin becomes more valuable the more people get to use them. Hence it works based on the law of demand and supply. Investors are are mostly scared by different news stating that Bitcoin can be possibly be regulated owing to hearings from the government of various nations. It means the rate of ‘Bitcoin’ adoption is troubled by negative or bad press reports. This sort of news creates some sort of panic for both the Bitcoin whales as the global acceptance is taunted. As stated earlier the value of Bitcoin also depends upon the rules of demand and supply. For instance, if the demand for the coin is on the rise , then it is expected that the coin price will begin to rise as well! On the contrary, the decrease in demand for the Bitcoin will lead to decreased value. Date back to 2013, the price of Bitcoin was approximately $400 and towards the end of the year it rose to around $1,000. Now fast forward to the end of 2019 it rose to about nineteen times its value dated back 2013. The indicator here is that the price of this coins fluctuates from time to time. Simply put we can say that the price is determined by what amount the trading market concludes on. If a large number of people wish to purchase Bitcoins, then the price will rise. If more folks want to sell Bitcoins, then the price will come down.

The casinos, gambling industry and the betting world are beginning to accept crypto as as a payment method. Due to the anonymity of Bitcoin, crypto casinos and poker sites are gaining more life as they allow players to wager with these coins. This is an indication that there are no taxes or possibilities for government control. The volatility of Bitcoin also depends upon Bitcoin holders having large proportions of this digital currency. Recall there are only 21 million Bitcoins that will ever be mined. This limits the amount of Bitcoin that can ever be produced. This is like saying a government cannot print money because there is a limited supply of bills and they won’t print anymore (Though this does not hold true for the FIAT). When there is a set supply, your purchasing power is preserved and the currency is immune to runaway inflation. This limited supply has also helped to contribute to the rise in the price of Bitcoin.

Skeptical ? If you are still skeptical about investing in the coin with your assets directly, there are other ways as more people are starting to amass it for it is worth-while! Indirectly you can mine Bitcoin too as there are new miners who can join a pool of other miners who combine their computing power to solve the algorithms! Occasionally the Bitcoin whales will play ignorant and watch the price of BTC begin to increase which in turn raises the alarm for a supposed manipulation from the investors. However these are mere trading tactics applied such that a whale with huge holdings starts selling Bitcoins lower than the market rate which causes a panic sell off by small-time traders. The whale will then have sold just below the current market value and enough to watch the panic ensue! Then the whale waits and watches the panic selling take place until the Bitcoin prices reach a new low. This is the time when the whales quickly scoop up more Bitcoins.

While it is correct that Bitcoin whales are continually accumulating BTC over time using the aforementioned tactics, over the course of various market fluctuations over the years, and especially this past 70 percent dip, many of them have become much larger fish in the sea of Bitcoin wealth distribution. However from investors stand point; if a trader can guess the top and sell their Bitcoins then follow that maneuver by buying back in at the bottom, then they can gain a lot more coins! The large transfers of BTC to unknown wallets overtime has signaled the setting in of an accumulation period. When a Bitcoin Whale sells large quantities of BTC, the price may fall if it is placed at the market price. If a large investor places a large buy order for BTC at the market price, the price rises and they buy at a high price.

It is worthy to note that tactics employed by these Bitcoin whales, though largely for their own personal gains, is what has continually sustained the growing demand, hence guarantee for a global circulation. In the last 5 years, Bitcoin circulation among small investors has more than doubled as so-called whale accumulation declined by an almost similar margin during the same period. The observations appear to dovetail with recent occurrences globally, which in recent times have had an observable gradual transfer of wealth from some of Bitcoin’s early adopters who tend to possess very large amounts of the asset to retail investors.

A growing population have accepted the use of Bitcoin and holders anticipate the digital currency will be used by consumers for almost all their online transactions.