The BC.Game Blog
Home Best Bitcoin Casino Everything You Need To Know About Ethereum 2.0 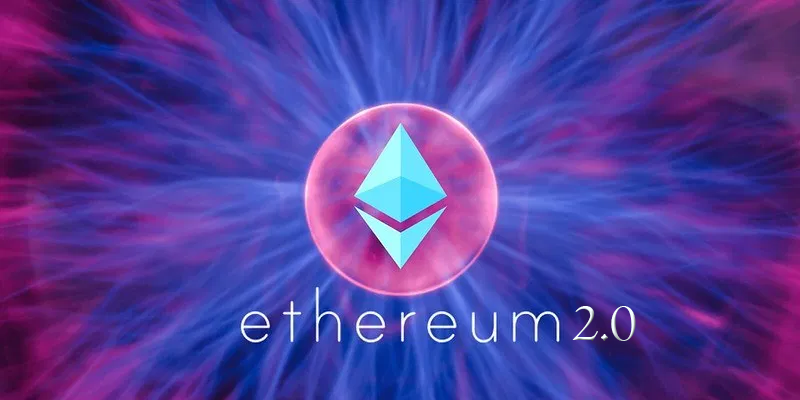 After the popularly known Bitcoin (BTC), which can be referred to be the father of crypto-currencies, comes Ethereum .

By virtue of market capitalization, Ethereum is the second largest crypto-currency with a decentralized open source blockchain that supports smart contract functionality.

A GRASP OF ETHEREUM

It is important to note that beyond just the crypto idea that spans through our knowledge about Bitcoin, Ethereum is more of a software platform that syncs between a decentralized internet as well as a decentralized app store.

Since it is not controlled by any entity per say, a system like this requires some sort of currency to pay for the computational resources required to run these programs. This crypto-currency is known as Ether (ETH).

So in essence, Ether in turn operates as a digital currency and at the same time a drive for the decentralized apps within the network. Hence for any change within the network, there is a fee which is dependent on the gas an action requires and the amount of required drive determines how much computing power is necessary and how long it will take to run.

‘In short, Ethereum is a public, open-source, Blockchain-based distributed software platform that allows developers to build and deploy decentralized applications’.

In a centralized system, which is usually controlled by a single entity (the government) and has been valid for hundreds of years, the issue of trust between parties in a transaction has yet maintained its foothold.

However, even while history has proved time and time again that its is flawed, owing to the fact that it is a single entity control, making apps and online-servers utilizing this system extremely vulnerable to hacker attacks and even power outages. Moreover, most social networks and other online servers require users to provide at least some degree of personal information, which is then stored on their servers. From there, it can be easily stolen by the company itself, its rogue workers or hackers.

On the other hand, the Ethereum system which is a decentralized one is completely autonomous as it has been driven by thousands of volunteering computers around the world, and this implies it cannot go offline! Hence users have their information within their grasp while they make use of applications within the network. In this accord there is no central point of failure in the system.

The system utilizes a peer-to-peer approach so that every single interaction happens between and is supported only by the users taking part in it, with no controlling authority being involved.

The entire Ethereum system banks on its anonymity and a number of volunteers globally who download the entire Ethereum’s Blockchain to their desktops and fully enforce all the consensus rules of the system, keeping the network honest and receiving rewards in return.

This set of volunteers around the globe are known as NODES.

The Ethereum platform has the potential of profoundly disrupting hundreds of industries that currently depend on centralized control such as insurance, finance, real estate and so on. Currently the platform is being used to create decentralized apps for a broad range of services and industries.

THE ROAD MAP TO ETHEREUM 2.0

Ethereum took the technology behind Bitcoin and reasonably extended its capabilities. It is a whole network which enables its users to create decentralized applications on Ethereum’s Blockchain.

In 2013, the founder of Ethereum Vitalik Buterin described his idea in a white paper, which he sent out to a few of his friends, who in turn sent it out further! But unlike Bitcoin, Ethereum is a multipurpose platform. With its digital currency Ether being just a component of its smart contract applications; and with the capability of bringing its core principles trust, transparency, security and efficiency into any service, business or an industry.

The Ethereum 2.0 is not completely a new idea for those who have been following the trends of development in the Ethereum community. It is solely a major upgrade to the current Ethereum public main net, designed to fast-track Ethereum usage and adoption by improving its performance.

The overall implication is that for ETH holders, Ethereum 2.0 provides a new opportunity to participate and receive rewards for maintaining the network.

Though the upgrade has been split in phases, with the first stage known as (Phase 0) anticipated to be completed in 2020, this exercise is aimed at bringing scalability and security to the network, such that more transactions can be processed over the network per-time with assured security.

The Decentralized Finance banks on key principles of the Ethereum blockchain to maximize financial security and transparency, uphold liquidity and growth opportunities, and support an integrated and standardized ecosystem. The DeFi ecosystem has launched an expansive network of integrated protocols and financial instruments. And with over billions of dollars worth of value locked in Ethereum smart contracts, DeFi has emerged as the most active sector in the blockchain space, and its breakthrough is that crypto assets can now be put to use in ways not possible with FIAT or “real world” assets.

Proof Of Work & The Shard Chain

The existing Proof Of Work architecture, has a restriction which has been known since the blockchain foundation. What this upgrade will help solve is what it suffered from performance issues which is based on the fact that it relied on a ‘processing-power-intensive’ process known as proof of work to validate and record transactions.

With the introduction of the Proof of Stake and the Sharding upon luncheon of Ethereum 2.0, the proof of stake reforms the crypto-economic incentive structure for validating the blockchain, eradicating the flaws of scalability and accessibility issue to be suffered from the Proof of Work architecture. It works so the node that records each transaction is chosen by an algorithm, with chances of selection stepping up with the amount of the currency the node’s owner holds. This automatically creates a path to decrease the complexity of the crypto-graphic work, leading to enormous throughput gains for the whole network.

By synchronizing Sharding into the whole process, it is expected that the efficiency of Ethereum 2.0 by virtue of resource usage will topple (i.e. by breaking data verification tasks up among sets of nodes and each will be responsible for verifying just the data it has received) other than the initial crude process of verifying each data added to the chain by all the individual participating nodes.

What do you think about Ethereum 2.0? Tell us in the comments below!