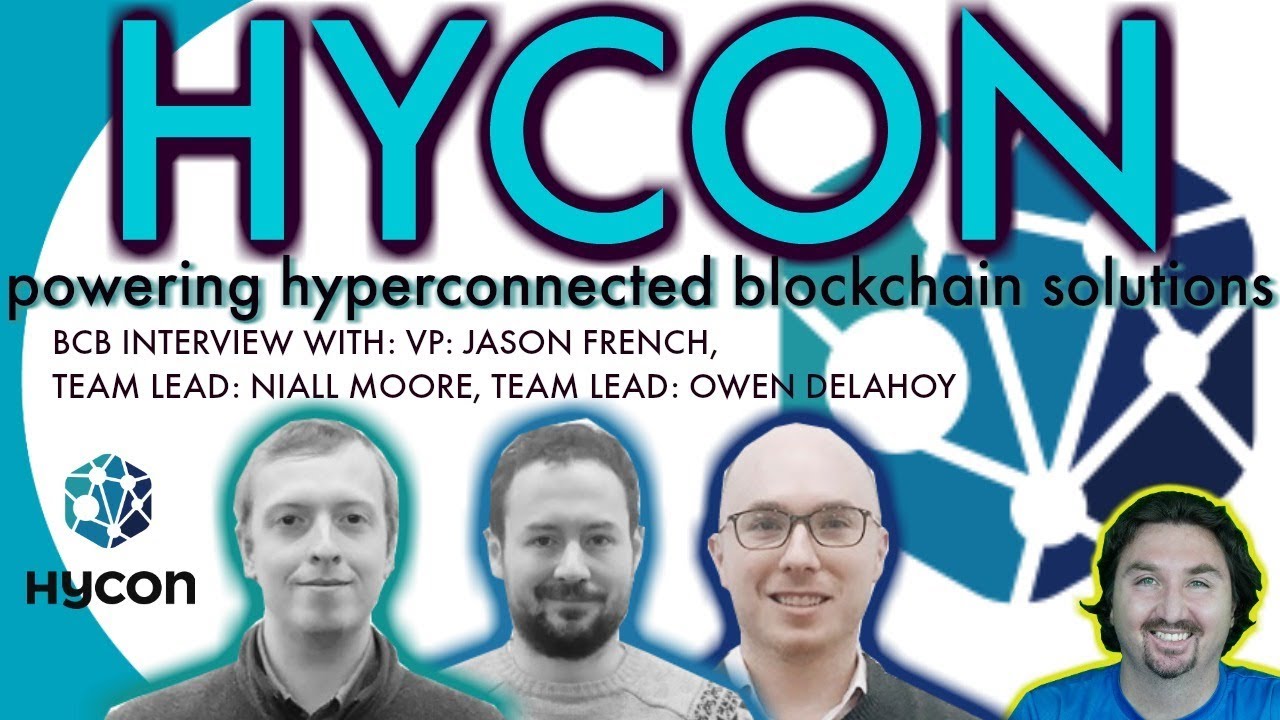 Hycon executives Jason, Niall and Owen talk with BlockchainBrad about powering hyperconnected blockchain solutions for the real world @teamhycon. Their public ICO has just begun TODAY! But what is Hycon exactly? HYCON, which stands for Hyperconnected Coin, is the digital asset built on top of a faster and more scalable blockchain developed by the Infinity Project team.

Using a DAG (Directed Acyclic Graph) structure, it has the capability to publish several blocks simultaneously with the ability to resolve conflicting transactions and reject double-spends through the SPECTRE consensus algorithm.

Faster
Quick transaction confirmation times
Honest transactions can be confirmed or rejected definitively in mere seconds, due to the high volume of blocks published within that time interval.

Scalable
On-chain Scalability
Transactional throughput up to 100Tps on a 1MBit/s connection can be achieved as a starting point of the project.

Frictionless
Latency Tolerance
The DAG structure coupled with the SPECTRE protocol allows for network latency to be essentially removed as a limiting factor on transactional throughput. Blocks that are received out of order can still be ordered based on their implied position in the DAG rather than the time they were received.

USE CASES
HYCON is Phase 1 of the Infinity Project Ecosystem, and positioned for wide adoption as an efficient medium of exchanging value for enterprises, small businesses, governments, NGOs, and individuals. Together with the Infinity blockchain, HYCON will power the Infinity Platform (Phase 2) and Infinity Decentralized Exchange (Phase 3).

Infinity Platform: Blockchain for All

JASON FRENCH
VICE PRESIDENT
Jason is a blockchain evangelist, long believing in the transformative power of the technology. He brings business development and corporate communications experience from leading MNCs to the Infinity Project team in an effort to advance not only the project’s interests, but also the adoption of blockchain technology.

NIALL MOORE
BLOCKCHAIN ENGINEER / TEAM LEAD
Niall has a background in astrophysics and computer science. He co-leads the HYCON team while heavily contributing to the development of the coin and the HYCON whitepaper.

OWEN DELAHOY
BLOCKCHAIN ENGINEER / TEAM LEAD
Owen has a background in computer science and deep learning. He co-leads the HYCON team by guiding the group in the practical implementation of theoretical cryptocurrency research.

What Is An STO: Security Token Offering Explained

ERC20: All Your Burning Questions Answered

casinocows - January 26, 2022 0
The digital world can be complicated. With more and more variations coming about, it is becoming harder to stay ahead of the game. Since...

How Regulation Will Shape DeFi and Online Gaming In 2022?

Will NFTs continue their strong performance in 2022?

Why Curve (CRV) is outperforming other Digital Assets?

Why is 2022 So Important for Ethereum’s Scalability?