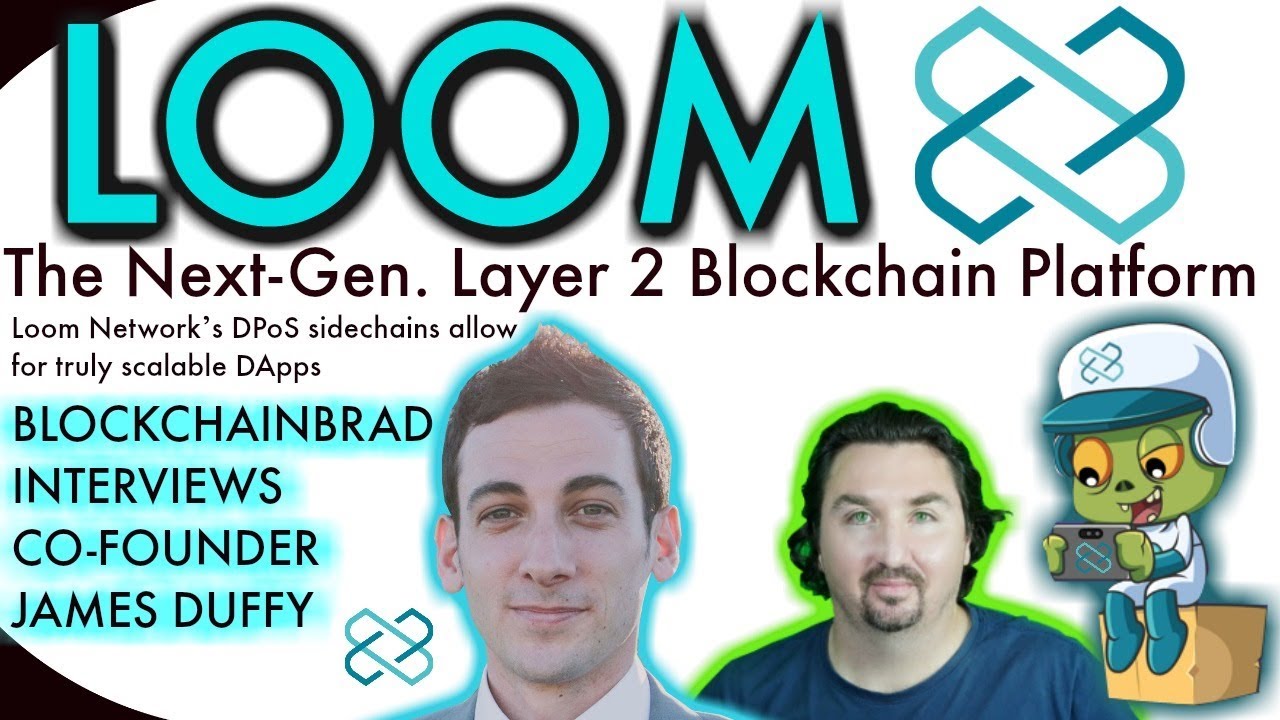 BlockchainBrad chats with James Duffy, co-founder of the Loom Network. Why? stay tuned. But what’s Loom? Fundamentally, the Loom Network is a live Layer 2 scaling solution for Ethereum. It is a network consisting of a PlasmaChain & DPoS sidechains, which allows for highly-scalable games and user-facing DApps ( e.g. the first 100% decentralized blockchain game: Zombie Battleground), while still being backed by the proven security of Ethereum. Slated as ‘the next-generation blockchain application platform for Ethereum’, Loom’s DPoS sidechains allow for EOS- like scalability without the problem of centralization.

Loom Network is a Platform as a Service built on top of Ethereum that allows developers to run large-scale decentralized apps. This lets developers build DApps with the trust and security of the world’s most secure public blockchain, along with the computing resources necessary to run commercial-scale services. Like how Filecoin tokenized disk space, Loom aims to be the tokenized application protocol of the new decentralized web.

Backed by Ethereum
Loom built the world’s first Plasma Cash implementation, which allows Ethereum-based tokens to be used on Loom sidechains with the full security guarantees of Ethereum.

Live in production
Loom Network has been live in production since March 2018. Developers, start building on Loom today.
●▬▬▬▬▬▬▬▬▬▬▬▬▬▬▬▬▬▬▬▬▬▬▬▬▬▬▬▬●
PAYMENT/DONATION DISCLOSURE:
This was 100% free and I received no financial compensation for doing this LOOM video. Since several months ago, I decided to do only free content unless legitimate ambassadorships were involved. I believe that sponsored content is not a problem if disclosed, but this was a NOT sponsored video.

Investment disclaimer: I have not yet invested in Loom.