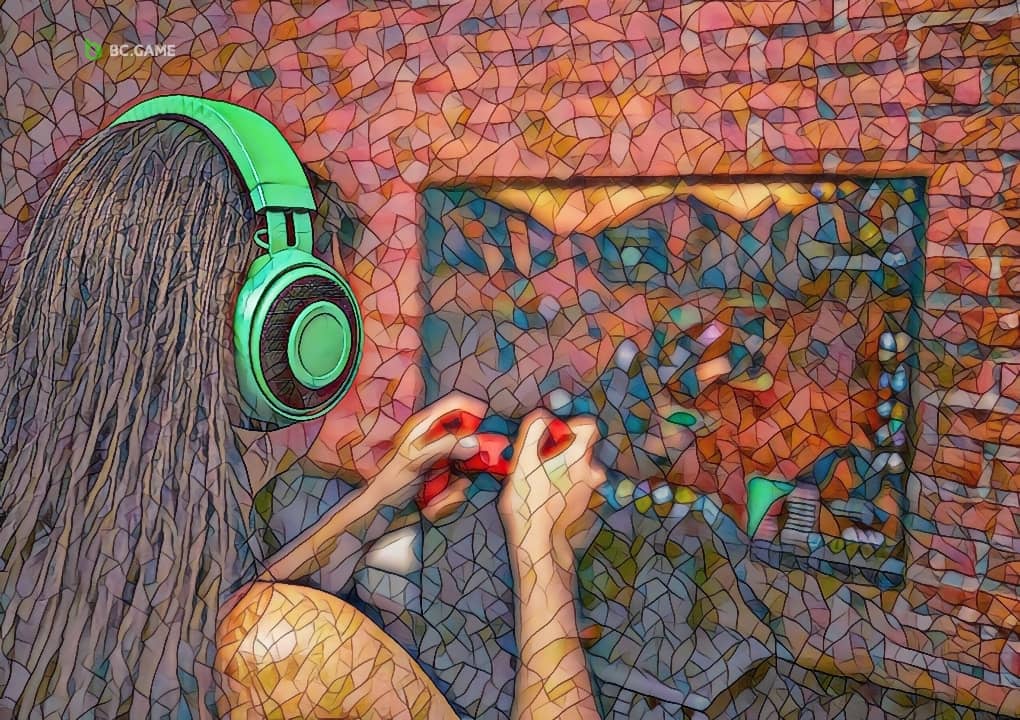 The electronic sports (esports) market is a multibillion-dollar industry with punters staying tuned to the best live video game tournaments. With games like Dota 2 and Valorant gaining so much attention, the esports scene will only continue to grow its massive audience and supportive fans.

With the popularity of this industry, gambling became an option for those interested in earning a profit through esports live betting. Sports betting is another market that grosses billions of dollars every year, and the economic growth for this industry is becoming larger now that the esports market is turning into a go-to destination for punters.

After the boom of the crypto market and coins like Bitcoin (BTC), esports crypto betting is also becoming a popular pastime for both esports and crypto fans. But how did the eventual rise of the market occur?

Found as a crypto casino offer on some sites like BC.Game, the bitcoin esports betting market relies on the punters’ bets to make a fortune. There are various advantages when using crypto with your bets. You don’t have to learn new betting aspects when you wager using crypto. Simply put, you’re using a different currency as an esports punter.

Esports involve video games that can be played online. Some generational players are so good that a separate tournament is made for the games’ main audiences.

The business of esports is to market a particular game and pool audiences into playing their titles. Companies like Valve and Nintendo have been doing this for their games to promote them even further and encourage players to continue playing long after they are released.

For a time, it looked like the market trend was dying down. However, the COVID-19 pandemic created many opportunities for the industry to flourish. Its popularity and growth skyrocketed from 2020 onwards, and it is still one of the biggest online gambling markets today.

Fans love the service of seeing their favourite esports teams battle out in a game they play themselves. The value of esports is only increasing, and it will be regarded as the number one betting scene in time.

When visiting a bookmaker, you’ll see the corresponding matches and tournaments for the games you want to bet on. If you wager on a particular team or player, you’ll see the designated odds for each of the favourites and the underdogs during a certain game.

Esports betting odds are the probability of a team or player winning a matchup. These are analysed by bookies through a long line of past games and track records to ensure that the odds are as accurate as they can be.

You will also stumble upon betting markets that you have to choose from so you can pick how you want to bet. These can range from moneyline to specific quarter or period bets.

Cryptocurrency is similar to fiat or real money. It has an innate store of value and can be used to purchase certain goods and services online. A prime example of crypto is Bitcoin, regarded as the most profitable coin.

It also means that transaction speeds are extremely fast, which makes it more convenient for punters to bet using Bitcoin. If you don’t want anyone to know that you are using BTC, then Bitcoin is the best for you because the transactions are anonymous.

Outside of esports online betting, you can use Bitcoin in another way. For example, you can simply store it in your digital wallet and wait for its value to increase so you can later trade it in an exchange. There are different uses of Bitcoin and esports Bitcoin betting is one of its best.

There are a collection of video games made it to the main competition of several esports championship tournaments. Below are the most popular games the esports scene has during the most intense matches yet:

Dota 2 is played competitively due to the highly tactical nature of the game. What started as a Defence of the Ancients mode in the first Warcraft III game is now a separate game genre.

The game is a 5 vs 5 multiplayer online battle arena (MOBA) and is among the first of its kind. With hundreds of heroes to choose from, each match will feel unique from the last, making Dota 2 an excellent esports game for fans and punters.

CS:GO is one of the most realistic and popular first-person shooter (FPS) games that have been famous since its heyday back when the game was still in version 1.6. The game has two factions: Terrorists and counter-terrorists.

Fortnite is a third-person shooter battle royale game with crafting elements sprinkled around the gameplay. This game made the battle royale format popular, and many other titles like it got released. Its cartoonish graphics are easy on the eyes, and the game is among the most competitive shooters you can play.

Similarly to Dota 2, League of Legends or LoL is a MOBA far more streamlined than its predecessors. The game streamlines its gameplay by removing more advanced mechanics like terrains, jukes, and creep equilibrium, which are all present in Dota 2.

StarCraft II was released at the same time as Dota 2 and is another tactical MOBA game enjoyed by many hardcore gamers. Instead of the mediaeval fantasy setup from both Dota 2 and LoL, StarCraft II takes place in space.

PlayerUnknown’s Battlegrounds, or PUBG, is similar to Fortnite with battle royal elements while maintaining the realistic mechanics of shooters like Call of Duty and CS:GO. It differs in Fortnite with the absence of the crafting feature. Instead, the game makes you feel isolated and takes longer to finish because of the more grounded gameplay that appeals to some players.

Overwatch is a quintessential first-person shooter with different playable characters and unique abilities. A lot would say that the game is a hard mix of a MOBA and a shooter, but Overwatch leans more toward being a multiplayer shooter above all else.

Hearthstone is one of the few esports card games that make the professional scene. Its deep gameplay draws fans closer to the game, and WarCraft characters like orcs and mages inspire it. Hearthstone has a deep battle system that has players collect different cards to attack several enemies in the game.

Heroes of the Storm

Heroes of the Storm is a miniature version of Dota 2 with almost identical characters but different game modes. The game also plays like a MOBA but is made for beginner players who are fans of Dota.

Arena of Valor is another MOBA that takes direct inspiration from games like Dota 2 and LoL. Formerly known as Strike of the Kings, Arena Valor is a mid-level difficulty MOBA with unique characters but similar to games with other named MOBAs online.

Valorant is a tactical shooter similar in gameplay to CS:GO but with different agents to choose from. It was released in 2020 and had fast-paced gameplay that lasted around 30-40 minutes which is perfect for the esports scene.

Mobile Legends is a MOBA that can only be played using your mobile phone. It’s especially popular in South East Asia and has one of the biggest esports tournaments in the world. The gameplay is even more streamlined than its LoL counterpart.

Betting on esports at BC.Game

When it comes to game variety, BC.Game tops any esports bookie online. With a ton of offers like bonuses and promotions, you simply can’t turn away from these rewards when betting on the best online sportsbook in the world.

The Bitcoin esports market will only grow more popular as the years pass. With newer games coming into the scene, this industry will only get better for punters and players to take advantage of. So, start live esports betting and take home huge payouts!

Here are the most frequently asked questions regarding the Bitcoin esports crypto betting scene:

What is the most popular game in esports?

Based on audience viewership in various tournaments and the overall esports community, Dota 2 remains the most popular esports game. Dota 2’s annual The International competition is one of the most-watched esports tournaments in the world.

What are the betting types you can make on esports?

There are several betting types here, like moneyline or matchmaker bets, that you can make when wagering on the esports betting market.

How to start betting on esports?

Go to your favourite bookie and pick which game you want to bet on. Make sure you have wagers to start esports betting.

Is esports a kind of sport?