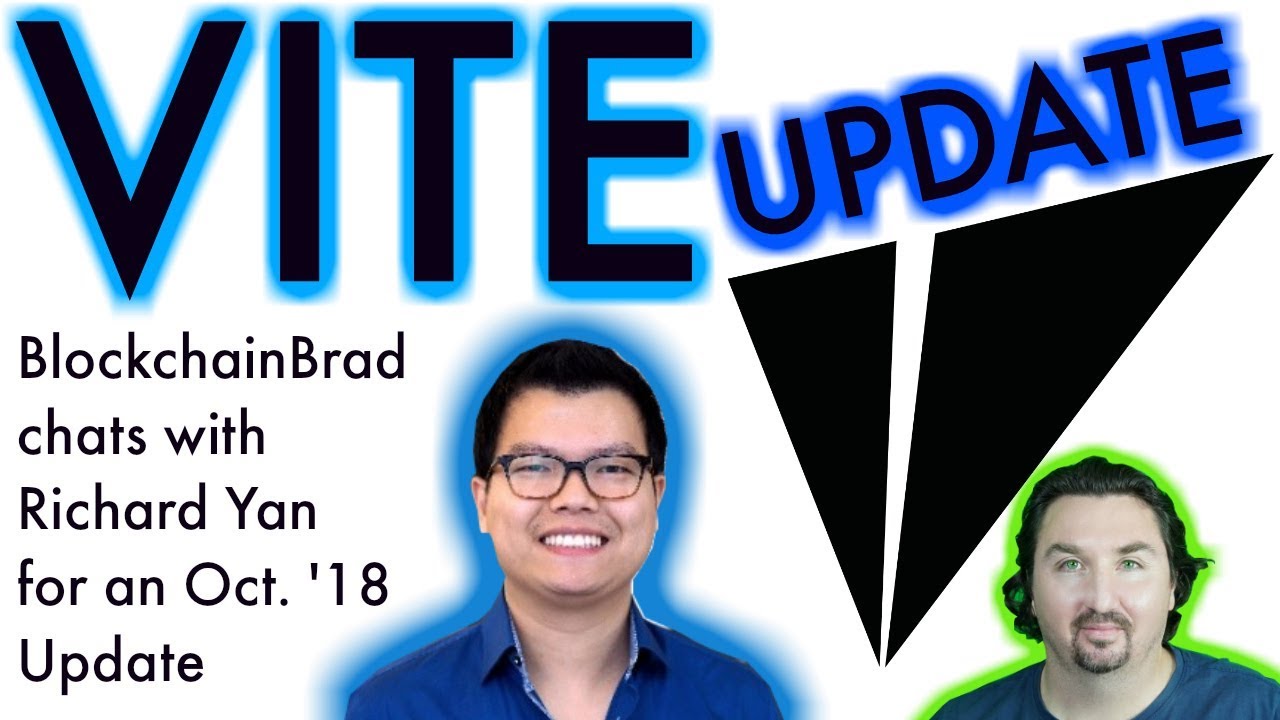 BlockchainBrad catchups up with Richard Yan, COO of VITE for an EXCLUSIVE update. As a ‘Next Gen. High-performance Decentralized Application Platform’, there are some major developements that have happened lately. Think TestNet, Supernodes, Vite Store, Vite Pay & more! With 36 people in the Vite team now: 32 in the Beijing office, and 4 in the Silicon Valley office, they are growing healthily!

Vite Labs Limited has decided to migrate all uncirculated VITE tokens onto the TestNet, thereby destroying this subset of tokens currently in ERC20 form. On October 15, the VITE team completed unlocking all investor-owned ERC20 VITE tokens, resulting in current circulation at 433,967,577.9767 VITE, or 43.4% of total VITE tokens issued. The remaining 56.6% of the tokens are either held by the Vite project team, or reserved for marketing/airdrop/ecosystem-building (further explanation below). This 56.6% of ERC20 VITE tokens will be destroyed on October 24th, and will be completely migrated to Vite TestNet 0.1. This means that when TestNet 0.1 launches in November, this destroyed amount of ERC20 tokens will be created in the TestNet (on a 1:1 basis). So, it’s a token ‘burn-switch’ 1:1

Super Node Incentive Plan
In the TestNet, the VITE tokens originally reserved for airdrop & marketing (which has been migrated from ERC20 to TestNet per a previous article), will be used to reward the miner. After the MainNet is launched, miners will be rewarded through additional issuance of tokens (aka inflation).

In TestNet, all mining rewards obtained by official super nodes will be distributed to the community. Recipients of the rewards include voters and users that run full nodes.

If you have VITE tokens in our TestNet, you will receive rewards every day by voting for any of the OFFICIAL SUPER NODES. The rewarded amount depends on the total number of voters. Note that more voters means less income for each voter. Therefore, vote early (fewer voters then) to earn higher rewards!

Investment disclaimer: I have invested in this startup in the ICO.
●▬▬▬▬▬▬▬▬▬▬▬▬▬▬▬▬▬▬▬▬▬▬▬▬▬▬▬▬●
SPONSORSHIP/PAYMENT/DONATION DISCLOSURE:
This was 100% free and I received no financial compensation for doing this video; not in fiat, tokens or any form on payment. Since several months ago, I decided to do only free content unless legitimate ambassadorships were involved. I believe that sponsored content is not a problem if disclosed, but this video was NOT sponsored and there was absolutely no compensation received in any way, shape or form for this interview.