The BC.Game Blog
Home Beginner Guides Football 101: What are the World Cup awards? 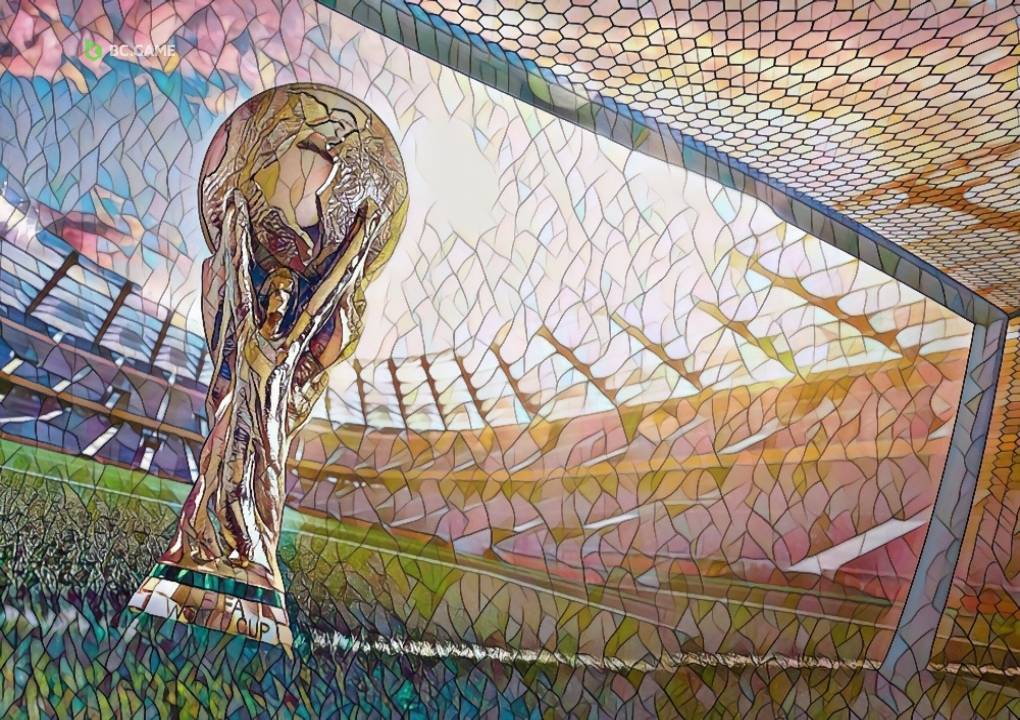 The qualified men’s national football teams battle it out in the World Cup to become the champion. Aside from the FIFA World Cup’s contribution to the football scene, the tournament also dramatically affects the local communities and the economy of the country that hosts it.

Now that the Qatar World Cup 2022 is fast approaching, many fans are eager to support their favourite teams and players through sports betting. Thanks to the rise of online betting sites, supporting your top leagues and players are made easy through renowned betting platforms such as BC Game.

What are the awards given in the World Cup?

Various World Cup awards are given to the best players and teams that excelled in different categories. These awards come in varying cash prizes depending on what award a team or player has won.

The World Cup’s notable and prestigious awards include:

The best player at the FIFA World Cup finals receives the Golden Ball award. A vote of media members decides the winner. The Silver Ball and Bronze Ball are given to players who come in second and third, respectively. The current trophy, co-sponsored by Adidas and France Football, was released at the 1982 FIFA World Cup.

Here are some of the Golden Ball award winners:

It wasn’t until 1982 that an award was given to the game’s most notable goal scorer. The Golden Boot, formerly known as the Golden Shoe, is awarded to the FIFA World Cup’s highest goal scorer. In each World Cup event, FIFA made a list of top scorers but gave no award.

It is common for FIFA to list the top goal scorers of the previous event among its current list of Golden Boot winners. If two or more players have the same number of goals, the tie is broken by the player with the fewest goals scored from penalties.

Some of the notable winners that won the Golden Boot are:

In honour of the legendary Soviet goalkeeper who passed away in 1994, the trophy was first given the name Lev Yashin Award. Later in 2010, it was changed to Golden Glove. The FIFA Technical Study Group selects the best goalkeeper based on their overall performance throughout the event.

Even if goal scorers have their awards, like the Golden Ball that Oliver Kahn won in 2002, they are still eligible to win the award for this position. The goalkeeper who advanced further in the playoffs breaks a tie for the Golden Glove.

Here are some of the most recognised winners of the Golden Glove award:

The World Cup’s Young Player Award is given to the best player in the World Cup, 21 years old and below. This meant players for the 2018 World Cup needed to be born on or after January 1, 1997, to qualify. The FIFA Technical Study Group oversees the online voting process on the official World Cup website.

Some of the other notable players who win the FIFA Young Player Award are:

Since 1970, the FIFA Fair Play Trophy has been presented to the team who displayed the most exemplary fair play on the field. However, only the teams that made it to the next round will be evaluated.

Before, winners were given certificates instead of trophies. In 1990, the first golden trophy depicting Sport Billy, a football-playing cartoon character, was introduced. Four years later, the FIFA trophy was redesigned into a simple and graceful footballer image.

Here are some of the teams that won the FIFA Fair Play Trophy:

In a vote that’s been open to the public since 1994, the public determines the winner of the Most Entertaining Team award. It’s based on whether the team was able to show an outstanding performance or not.

Winners of the World Cup’s Most Entertaining Team include:

Each World Cup has its All-Star Team of the tournament’s top players. The FIFA Technical Study Group has been responsible for selecting the MasterCard All-Star Team since 1994, making them an official part of the FIFA roster. Members of 1998, 2002, and 2006 teams also included those nominated as substitutes or reserves.

Nike, the Greek goddess of victory, holds an octagonal cup in the original design of the trophy given to the winner of the FIFA World Cup. Abel Lafleur, a French artist, was responsible for the trophy’s gold and stone structure.

The World Cup trophy was presented to the World Cup of Football Champions from 1930 to 1970. The award was renamed the Jules Rimet Trophy in 1946 to honour FIFA president Jules Rimet, who organised the first tournament.

Before the 1966 finals began, the Jules Rimet World Cup trophy was stolen from an exhibition in London. Pickles, a mutt, tracked down the trophy hidden in the bushes of a Norwood, South London backyard. David Corbett, the dog’s owner, received £6,000, while the thief was sentenced to two years in prison.

During the post-match ceremony where the Brazilian team hoisted the Jules Rimet trophy, the top of the award disappeared. The Brazilian bench player Davis retrieved the priceless golden trophy top from a young fan near the stadium exit. Due to this incident, the new trophy was made without a top.

Brazil’s trophy was stolen in 1983

There was never a case of a victorious team keeping the Jules Rimet trophy for itself. Only when a team won three consecutive championships did they receive the trophy permanently. With their third successive championship in 1970, Brazil earned the right to keep the award for good.

However, this trophy was stolen in 1983, and its whereabouts until now are still unknown. The trophy was taken on December 20, 1983, from a glass case at the headquarters of the Brazilian Football Association in Rio. It was suspected that the trophy likely melted down shortly after that.

With this newly designed trophy, no matter how many times a country wins the World Cup, they won’t be able to keep it. Instead, the winning team will get a gold-plated duplicate of the trophy, while the original trophy will stay in the care of FIFA.

Qatar World Cup 2022: Which teams will win the trophy?

The World Cup 2022 was announced to commence in November until December 2022. Now that the event that’s set to be hosted by Qatar is fast approaching, many fans are excited about the new winner of the World Cup trophy. With many notable teams competing, only one will prevail and win the event’s most coveted award.

Amidst the impressive teams competing, only some are considered to have a higher chance of winning. Some of the favourite teams that have the best chance of winning the World Cup 2022 trophy are:

Brazil’s national football team is often regarded as the finest in the world, and the country’s five World Cup victories make it the most successful in the tournament’s history. With their impressive record, Brazil is among the top teams expected to win the World Cup 2022.

Although Neymar is Brazil’s best player, he has yet to win a championship. He has an excellent opportunity to cement his legacy at this World Cup.

Belgium has been one of the most outstanding competitors at the FIFA World Cup due to its talented and skilled lineup. Under Eden Hazard’s direction, the Belgian team has a better chance to make a deep playoff run in the world’s most prestigious football tournament.

Its national team is the only one that has ever topped the FIFA rankings without winning the World Cup. With a healthier team, people are assuming that the World Cup 2022 could be the break they’ve been waiting for to start going on a winning streak.

Many World Cup fans believe Spain is one of the most formidable teams. The country won the 2010 FIFA World Cup but failed to make waves in its past games. With the team’s impressive lineup for the World Cup 2022, Spain is expected to make an incredible push and prove that they are one of the most notable contenders for the event’s prestigious award.

England is widely regarded as one of the tournament’s leading teams due to its pool of talented players. Fans will remember Gareth Southgate’s players for their fierce competition at the Euro 2020 tournament.

If the English team maintains that level of play at the FIFA World Cup, they will undoubtedly emerge victorious. The addition of Harry Maguire significantly improves England’s prospects of qualifying for the 2022 FIFA World Cup.