The BC.Game Blog
Home Beginner Guides Everything you need to know about World Cup balls 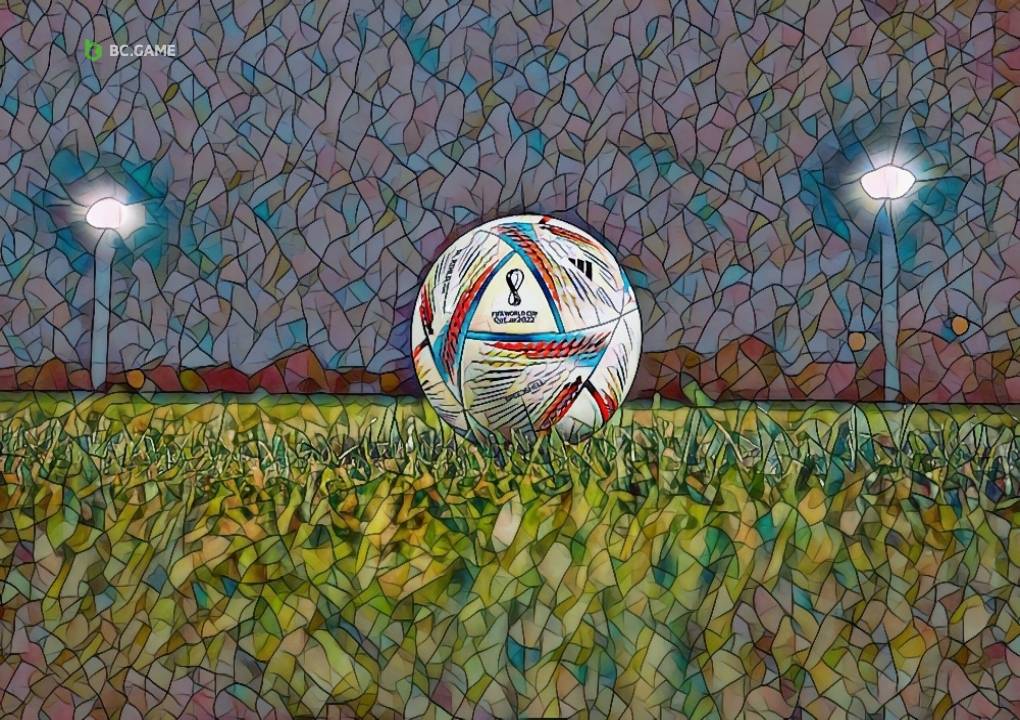 There’s nothing quite like the elegance of football, from the exciting matches to the sport’s official equipment. Another constant in the football field, aside from the players of both teams trying to score a goal, is the game’s official ball. Unlike most balls in other sports, the football looks simple yet remarkable in a unique way. The pentagon stitches that fill the ball’s material have a distinct look that sports fans immediately recognise.

Football is also the only sport where the ball is changed in every major competition, specifically during the World Cup. The World Cup ball has a long history and is a fascinating football story you’ll ever witness.

How far back did the ball become special? Here is everything you need to know about FIFA World Cup balls and its rich legacy:

Adidas is one of the major sporting brands worldwide that makes and sells footwear. They are also a sports gear company that manufactures balls for different sports.

As an ambassador of different sports worldwide, Adidas was tasked to make the perfect ball for football’s most prestigious tournament, the FIFA World Cup. In 1970, Adidas started creating footballs for the first FIFA World Cup. Telstar football was the first 32 black and white-panelled balls to appear in major competitions.

In just a few years, Adidas launched the brand new Telstar Durlast, one of the most iconic footballs in history. It was the ball that Johan Cruyf created one of the sport’s most memorable moves.

In 1974, a newer ball was released called the Tango. It was the design that took the longest to change and was used for over 30 years in FIFA World Cup history.

The science behind the World Cup ball

Aside from the football’s decorative elements, there are other more practical reasons to update it constantly. Small changes to the design of the ball can significantly impact the game in competitions.

The technology used to manufacture these footballs has changed since 1970. Over time, the ball’s physical dynamics also changed with the demand for a different style of play in football stadiums.

Why is it designed the way it is?

In earlier versions, there were pentagon panels for thermal reasons. Physics professor John Eric Goff explained that its size and weight could affect the game. It can also wear out over time.

The design saw some major changes in 2010. The Jabulani ball, used in the South African World Cup, was smooth and behaved in a way most players didn’t expect. At certain speeds, the ball will enter a ‘drag crisis’, similar to how beach balls react on a smooth surface.

Of course, football is played on patchy grass, which means that the smoother the ball is, the better it is to use. However, players often don’t like the feeling of playing with a smoother ball because they lose control when dribbling it.

This issue was fixed during the 2014 World Cup in Brazil when the seams were removed, joining the six panels. These are also 68% longer than roughened the surface. It is made for more control of the football and a better experience overall for professional players.

There were a lot of footballs that were used during the FIFA World Cup competitions. The many balls used in the competition are still considered the best today.

Here are the top five best World Cup balls ever:

The 1974 Telstar Durlast was a significant update over its original version, wherein the ball became an iconic figure in the football world. The first Telstar looked ordinary compared to its version now. It is the first ball with a distinct black-and-white look that most will immediately recognise. It’s also the first football that made football a particular gear used in sports.

Everything in France in 1998 oozes coolness, including the Tricolore football used during the French World Cup. It was the first FIFA World Cup football to break the traditional black-and-white design that’s so distinct in pop culture today.

Unlike later versions, the ball has a simple look, where fancy colours and patterns are added to make the ball look more creative. It is among the most beloved classic footballs in World Cup history, and its design inspired Adidas to tinker with how they make footballs in the future.

At first glance, the Telstar doesn’t look anything special. Sure, it has traditional black-and-white patterns, but that’s the beauty of it. The ball isn’t trying too hard to impress anyone and works just as fine.

Being the first FIFA World Cup ball, it holds a special place in the best footballs FIFA has ever had. It was made in Mexico and is still used today as one of the highest-selling footballs in the world.

Fevernova is an eye-catcher. Watching it spin on the ground while the best football players kick and dribble, it looks like a golden ball rolling around the field. It was the first football that was purely made for cosmetics purposes.

The only complaint this ball got was that players think it’s too light, which means they can lose control when they dribble it across the field. However, it remains one of the unique ball designs in the FIFA World Cup.

The most extraordinary ball ever used in the FIFA World Cup is, without a doubt, the Tango. After two World Cups since 1970, the ball was finally perfected. The Tango inspires all future iterations of the ball, which is still a future-proof football.

The design isn’t like your typical Telstar football but retains the pentagon patterns while encasing the whole ball with black circular inlays. The ball looks beautiful and has one of the most iconic looks in football history.

The Teamgeist in 2006 was the ball with the fewest panels, which accompanied a softer texture to the ball. It was also the first football that looked futuristic, which is in line with the trend of modern football today. While most complained about the control, it was not as bad as the 2010 Jabulani, which many think was one of the worst FIFA football.

Questra had a similar flair to its previous versions, which isn’t saying a lot, looks-wise. However, it was perfectly balanced, and the material was just right for the football. Probably the most practical one on the list, the Questra didn’t need to look fancy having played in one of the most thrilling World Cup games in history.

Comparing the FIFA World Cup football to other sports balls

The FIFA World Cup football has unique perks and characteristics compared to other sports balls worldwide. Here are some of the notable differences:

Texture of the ball vs the rest

The texture of the FIFA World Cup football has always been smooth and textile. The reason for this is to make sure that the ball will roll smoothly on a patchy field. Unlike basketball, football doesn’t have a grippy texture.

Football is kicked, so fluidity in how it rolls on the ground is the priority. The best way to go is to have a threadlike pattern for its overall material.

Weight of the ball vs the rest

Football is among the lightest weight balls in sports. The ball must not be too heavy to gauge control over it. The average FIFA World Cup football weighs around 14-16 ounces which is not as heavy as the 22 ounces the NBA basketball has.

Size of the ball vs the rest

The football size is perfect for dribbling and kicking the ball for a scored goal. A Size 5 football is considered the regulation size of a football, but there are also lower sizes (1, 3, and 4). A regulation Size 5 ball has a circumference of 68-70 cm.

The 2022 FIFA World Cup ball is quite a special one. Instead of the traditional means to create the ball, artificial intelligence and robotics were used to ensure that the football would be perfect.

In the upcoming World Cup 2022, Al Rihla will be used to play football’s grandest event. Al Rihla is designed to be played at almost any type of pitch worldwide. The World Cup organisation paid close attention to how the ball will behave based on the materials used.

Over dozens of balls have been used in the FIFA World Cup history. While the older ones from the 70s desperately needed an upgrade, it doesn’t make sense why they would revise it every four years.

It’s where marketing comes into play. Like football kits and jerseys, sports companies make a lot of money when releasing new apparel and sports gear every major tournament or season.

The only time the FIFA World Cup ball was considerably revised was in 1998 when the material was enhanced to suit control and playability. Fast forward to future iterations, and they were all cosmetic changes that made the ball look modern.

Adidas makes a ton of money releasing new footballs during the World Cup, and fans love collecting these. They also make for a great logo once the games start, so their design is significant for each World Cup game.

Does the change in FIFA World Cup football matter?

Everything else is superficial unless deflated or designed to make it hard for players to play with. However, it is one of the best ways to make the FIFA World Cup more appealing and memorable. Some collectors want to buy all the FIFA World Cup balls.

Bet on the FIFA World Cup games here at BC Game

If you are a FIFA World Cup fan and love football, there’s no doubt that you should visit BC Game for the sports betting experience of your lifetime. Win high payouts and tune in on the Qatar World Cup when the most outstanding football stage opens very soon!