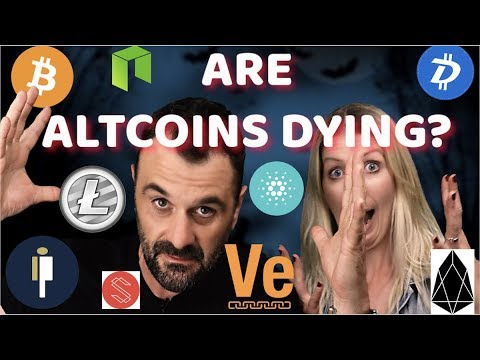 Well, it’s us The New Kids On The Blockchain and last week I promised you I would take my happy pills and come back on for this week but I’m afraid crypto with the altcoins and BTC has taken a slide further down the crapper and once again the crypto fatigue has got me as we sit here asking are Altcoins Dying or crypto rebounding ? Whats up with ADA and EOS?

What’s on then show.?We chat to Gary Leland The Crypto Podcaster about his upcoming Bitcoin Maximilist Conference Bitblock Boom, in Texas which if anyone wants to attend we have a 30% discount code below. Some very funny crypto humour too 🙂

From Yahoo Finance. China, Iran, Venezuela are developing crypto in effort to dethrone US: Study

America’s geopolitical adversaries are banking on blockchain technology to help skirt sanctions and counter U.S financial power, according to a new report.

With cryptocurrencies being adopted with increasing speed, governments in Russia, China, Iran and Venezuela are experimenting with the technology that underpins the crypto market, the Foundation for Defense of Democracies (FDD) wrote in a comprehensive analysis released on Thursday.

“Blockchain technology may be the innovation that enables U.S. adversaries for the first time to operate entire economies outside the U.S.-led financial system,” the organization wrote. “These governments, therefore, are prioritizing blockchain technology as a key component of their efforts to counter U.S. financial power.”
Although extremely volatile and not fully accepted as payment everywhere, virtual currencies are a booming market. Bitcoin (BTC-USD) prices have soared over 200% so far this year, ramping up expectations of even more gains heading into year’s end, at the very least.

From NewsBTC Is Bitcoin Down 15% Due to Fed Chair’s Criticism of Facebook’s Crypto?

The bitcoin price rally this week hit a snag as the world’s most powerful banker publicized his views on the Facebook’s upcoming cryptocurrency project.

Is Bitcoin Down 15% Due to Fed Chair’s Criticism of Facebook’s Crypto?

Bitcoin has lost more than 10 per cent of its value over the last 24 hours, causing a flash crash across the cryptocurrency market.
Ethereum, ripple, litecoin and bitcoin cash suffered even heavier losses than bitcoin, seeing between 10 and 20 per cent wiped from their values.

The latest price crash follows several weeks of extraordinary gains for bitcoin, which have seen its value rise by around $5,000 since mid June.

The latest losses come just as bitcoin was about to hit a new high for 2019.

From BTCNews Litecoin Co-Founder Predicts Doom In August, LTC Down 14.5%

Charlie Lee is predicting doom. Because of August halving and a high possibility of low prices, many miners will shut down due to losses. In the meantime, LTC is down 14.5 percent.

Like any other network where consensus is via a proof-of-work algorithm, Litecoin is secure because of miners. Miners, according to many textbook definitions, have the sole purpose of confirming transactions and fortifying the network by committing their computational power.
Since gear is expensive and electricity is added expenditure, there must be a way of incentivizing the masses to participate. Within Litecoin and like Bitcoin, successful miners with superior gear committing the most of their computational power get 25 LTCs for every successful block.

However, in less than a month from now, that amount will be slashed by half to 12.5 LTCs. For the ordinary investor, LTC will likely surge. All the same, there is this realization that despite the optimism, supply-demand dynamics may have “priced-in” next month’s LTC value.