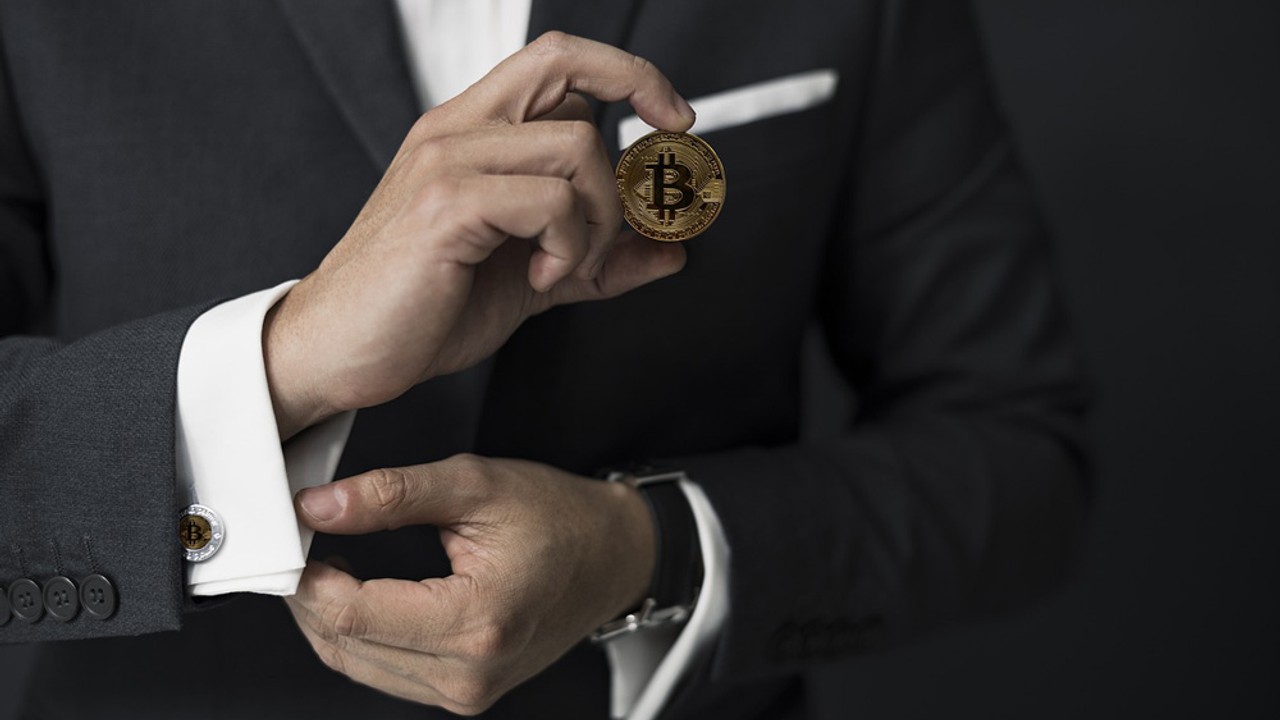 Bitcoin has become somewhat of a buzzword, drawing the interest of experts and beginners alike.

To begin with some background information on bitcoin 101, in October 2008, a person or group of people, using the pseudonym ‘Satoshi Nakamoto’ announced that they had been in the process of creating an electronic cash system.

This system would function on a peer-to-peer basis, requiring no third party such as a bank. Along with the announcement, the legendary whitepaper Bitcoin: A Peer-to-Peer Electronic Cash System, was published.

Just before this in September 2008, the housing market crash, in which banks were condemned for charging excessive fees and misusing funds amongst other things, occurred. It was as early as this when people became tired of the middleman and the centralized system. Clearly, there was corruption, and people were sick of it.

It was in this context that the first bitcoin (otherwise known as Block 0 or The Genesis Block) was mined in January 2009. 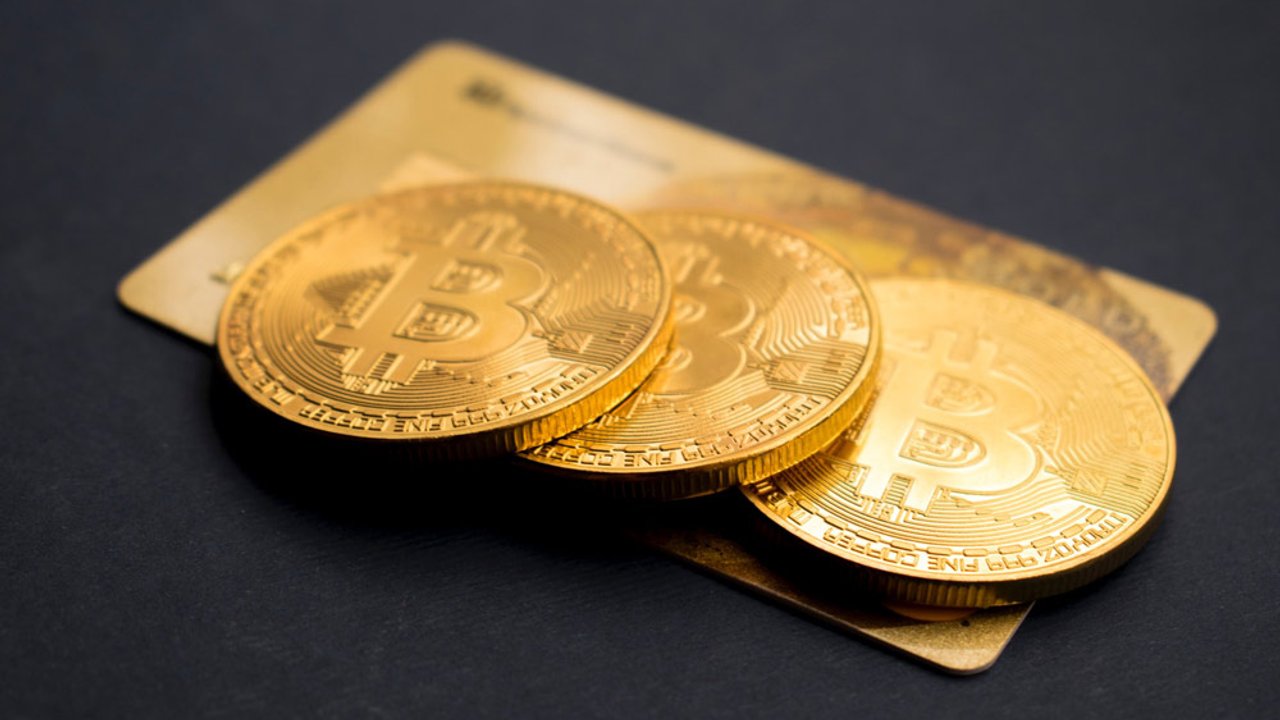 The bitcoin 101 definition would describe it simply as a form of money that is electronic. Better known online as a cryptocurrency, it is a virtual or digital currency, which is entirely decentralized and functions independently of banks. This form of currency can be sent from party A to party B using the peer-to-peer bitcoin blockchain network, and there is no need for any middleman.

As opposed to government-issued currencies, it has no physical form as it is produced using computers that solve mathematical problems for its creation. Since there are no physical forms of the currency, all balances are held online, in a public, transparent, ledger which anyone can gain access to.

This means that everyone who has access to the ledger can verify how many coins are in existence, where they come from, and how they are being used. All transactions are verified by a network of computers. With normal money, all of these records are held in a bank and are only accessible to certain people. The bank backs the value and the amount of money in existence, and there is no transparency.

As it cuts out the middleman or the bank, it brings along with it the promise of lower or no transaction fees. It is not valuable as an actual commodity. However, it is quite popular, and in fact, is used by massive companies such as Dell, PayPal, and Microsoft.

Being the first of its kind, its growth in popularity and acclaim has resulted in the creation of various other currencies like it. Collectively, virtual currencies of all different kinds are called Altcoins. Bitcoins and other virtual currencies, can be used to purchase various products and services. However, many stores have not yet adopted Bitcoin as a form of payment, and some countries such as China and Ecuador actually ban its use.

Bitcoin 101: A Deeper Understanding Of The Currency 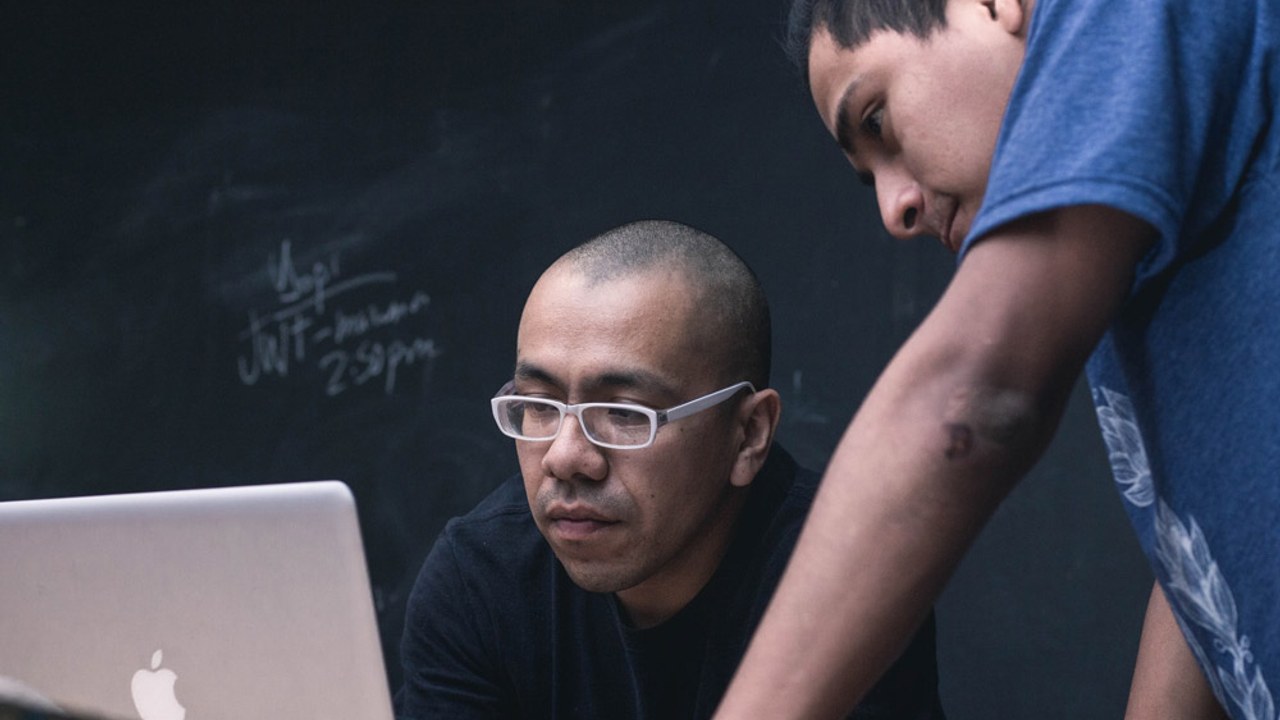 It’s easy enough to understand that Bitcoin (or BTC) is a form of digital currency, but what is it really?

It is a network of computers, otherwise referred to as nodes, that run the relevant codes for BTC and hold its blockchain.

A blockchain is a digital, public ledger of transactions that is decentralized and is a way of keeping track of information. Each block houses several transactions, and all the information is distributed on a network of computer systems.

The nodes running the Bitcoin blockchain all have access to each the entire ledger. This means they can see all transactions which occur and can see when new blocks filled with transactions are added. Because of this, it is very difficult to falsify transactions (such as stealing coins or committing fraud). There is no need to run a node to have access to the information.

The actual currency can be thought of as a file of digital information. This information can be exchanged for goods or services. The balances of Bitcoin, or files of digital information, are stored through public and private keys. The keys are combinations of numbers and letters which are linked to each other by the encryption that was used for their creation.

Important Properties of BTC To Be Aware Of

While everyone on the blockchain will be aware of your public key, or the address to which they can transmit bitcoins to you, they will not know your actual identity. This means that while all transactions are public knowledge, nobody knows that you, John Smith, have 20 BTC to your name. Your privacy is secure. 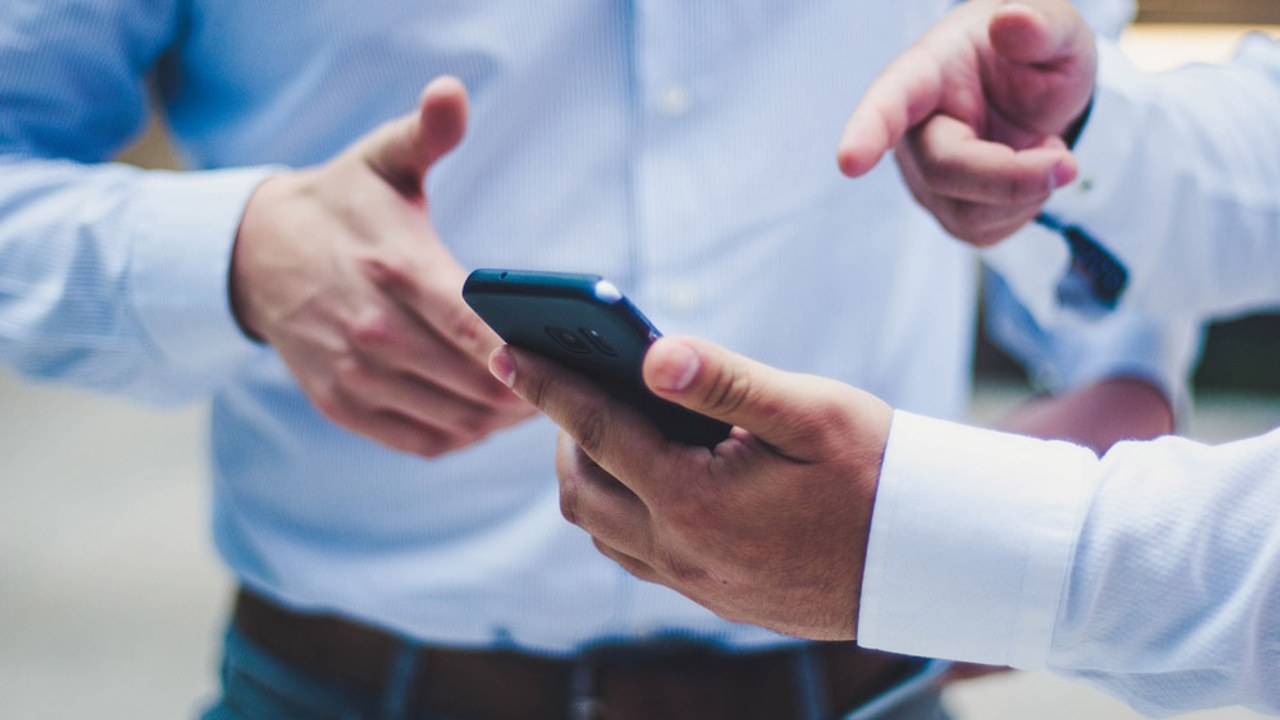 Another thing note is that, since there is no middleman or transaction confirmation needed from a central authority, transactions are immediate. They occur within a few minutes. In the same breath, once the transaction is official it is irreversible. If you’ve made a mistake or sent money to the incorrect address, you’ll simply have to accept it for what it is because there is no going back.

Lastly, using BTC is not the same as joining a bank. There are no sign-ups or terms and conditions to agree to get permission to use it. All you need to do is install the downloadable software and you’re good to go.

How Does It Work

Let’s recap. Bitcoin is a form of currency that is completely digital. It uses blockchain, or peer-to-peer technology, to allow for transactions in which users exchange currency for goods and services. The blockchain is dependent on a network of computers to run. These computers are called nodes.

What is it that ensures these miners keep processing transactions? Their motivation is the release of the coin. When they process transactions, they solve complex mathematical problems. After they have completed these number-crunching tasks, they are rewarded by the release of bitcoin.

This process of solving mathematical problems to facilitate transactions and generate new bitcoin is the same way it is created. However, new BTC is being released at a declining rate as the mathematical problems have been set up to become progressively more complex to solve. Essentially, this means that it becomes more difficult to mine as more gets released.

The slowing rate at which they are created is also based on the fact that the total number of bitcoin that can ever be mined is limited to approximately 21 million. Instead of releasing coin at the same rate at which goods are created (which functions to ensure price stability in the normal banking system), the rate of release is predetermined using an algorithm. For this reason, the value of the currency that already exists cannot be lowered. 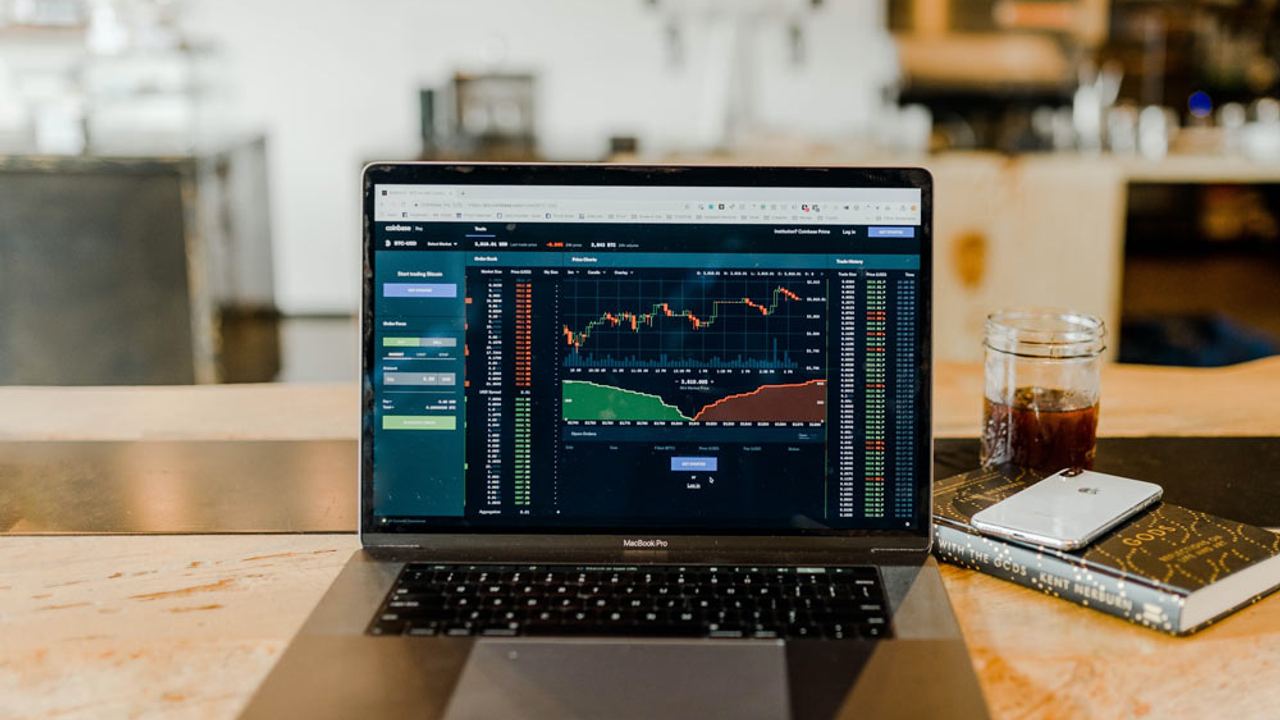 How Does A Non-Miner Obtain BTC?

If you are a business or are self-employed, you can choose to accept bitcoin for the goods or services you provide. You simply have to provide your public key (or wallet address).

Due to the popularity of the currency, there are also several websites, which function as job boards, that connect people looking to work for bitcoin with people wanting to pay in it. Examples of these include Cyptogrind and Coinality.

The high volatility of the currency is what turns most people off. Hacking and scams are also quite common practical risks to be aware of. The scams work much like any other scam. They offer you something that seems too good to be true, you pay them, and that’s the last you see of your money.

It also comes with some regulatory risks, as governments often see it as competition for the country’s currency and think that it attracts black market activity. For this reason, its universality may not stand.

The Future Of Bitcoin

Since it still feels relatively experimental to many, the widespread implementation of bitcoin in business may be slow to take off. However, it is clear that it comes with benefits and these upsides are attracting millions around the globe.

If you’ve decided to jump on the cryptocurrency train, then a bitcoin 101 breakdown is the best place to start. After you’ve moved past the beginners’ guide to bitcoin, investigate some trading practives and download the software you need.