The BC.Game Blog
Home Blockchain Cryptocurrency and Bitcoin Regulation Around The World 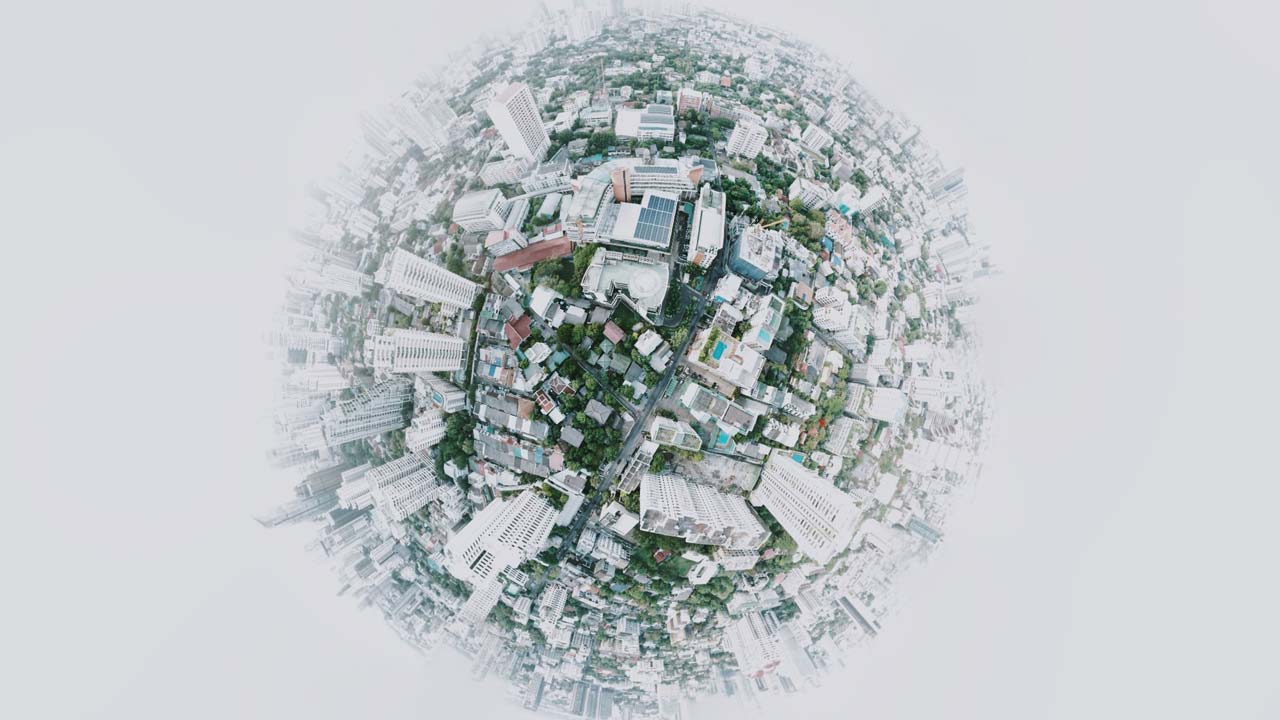 With bitcoin and other cryptocurrencies slowly making their way into the marketplace, cryptocurrency regulation becomes a topic of interest. Many are still wary of using these digital assets as it is a relatively new and not well-understood concept. On the other hand, others are already going full speed ahead with mining and trading.

Bitcoin and other cryptocurrencies can improve the financial sector by making it more efficient, transparent, and trustworthy. More and more, people in the financial sector realize this. Those outside the sector are also taking note, and some are moving away from traditional money as much as they can in a search for greater control over their own finances, amongst other things.

With all of the benefits that come with them, cryptocurrencies are showing themselves as the first real challenger against fiat money (or normal, physical, paper money). This, however, has implications for governments across the world, as it puts their own national currencies at risk. Thus, cryptocurrency regulation and bitcoin regulation specifically have become increasingly important to them.

Some countries have opted for strict cryptocurrency regulation while others have none at all. There are reasons for both sides, and the decision is never taken lightly.

Some of the commonly associated risks with bitcoin and other digital currencies are the regulatory risks. The promise of the universality of currency, safety, transparency, and control, are beacons of hope in the digital currency world, but governmental regulations can make them all useless.

Of course, governments can benefit from introducing positive, encouraging, cryptocurrency regulation. They stand to increase the competitiveness of their economy indirectly and can benefit from the infrastructure too.

However, governments often worry about the integrity of their own regulated money in relation to this new, developing currency. Since it is a universal currency, the government often can’t benefit from it the way they benefit from a national currency, making it less attractive to them. Additionally, there is a perception that legitimizing crypto can attract black market activity, which further puts governments off.

For these reasons, there are often bans on the use of virtual money, or cryptocurrency regulation is made extremely strict. If governments ban or impose strict rules on the crypto-world, people may have the opportunity to reap the benefits that come with it.

It seems to be a double-edged sword, with many countries still unsure of how to handle the matter. Some countries, however, have taken the lead in cryptocurrency regulation.

A Round-Up Of Regulation Across the Globe

There is no existing overarching cryptocurrency regulation that stands no matter where you are in the world. It differs from country to country. In some places, using the digital coins is completely illegal, whereas in others they are tightly restricted. In others still, there are absolutely no regulations.

A common theory is that in smaller or weaker economies, cryptocurrency regulation is little to none. However, in countries with stronger economies, they often feel that digital currencies are not yet developed enough, and they, therefore, either regulate it very strictly or simply don’t acknowledge its existence. This theory has some truth to it but shouldn’t be held top of mind.

Since there are different opinions globally, it is difficult to implement international laws. Here’s what various regions are doing.

The United States of America

Despite having a large economy with a strong national currency, the United States has not made many moves in regards to bitcoin and other digital currencies. It seems they mostly do not acknowledge the trend, and when they do, they have a generally positive outlook on it.

The Federal Government does not yet regulate the use of cryptocurrencies exclusively. This means that each state individually dictates how people living within them can use their coins and the extent to which they can participate.

New York was the very first state to implement any sort of cryptocurrency regulation. In 2015, the state introduced legislation that aimed to regulate companies dealing in the digital assets. Since then, quite a few additional moves have been made.

In 2017, Bitcoin was given financial safeguards in the same way that traditional assets have them. The Federal Trade Commission also granted a trading platform operator, called LedgerX, the approval to be the first federally regulated digital currency exchange and clearinghouse in the country.

Around 32 states have now introduced regulations for the use of BTC and other ledgers. However, most regulations promote the use of this technology, rather than stifle it. Included in those states that have introduced legislation are Maine, Nevada, Arizona, and Vermont. Each has different regulations.

Many have dubbed Europe to be the world’s cryptocurrency capital, as they are generally very friendly and open toward virtual currencies and the use thereof. They were also much quicker than the U.S. was in implementing regulations on fintech and bitcoin. Despite this, many of their countries are unregulated.

Countries including Malta, Austria, France, and a few more have crypto laws in place. Others, such as Ireland, Greece, Finland, Ukraine, Romania, and Spain have taken the non-regulatory route.

In Germany, for example, people are free to use and trade virtual currency. However, it is taxed and incurs value-added tax if it is traded with fiat money. In this country, cryptos and specifically bitcoin, are not exactly considered a legitimate trading asset. Rather, they are viewed as a thing of value or a “unit of account”.

The European Union as a whole, however, has recently signed into law a directive – the 5th Anti-Money Laundering Directive (5AMLD). This directive was the first instance of crypto falling under regulation in the region as a whole. The purpose of 5AMLD is to stop money laundering and other financial crimes. It increases the required transparency from users and service providers.

In Asia, cryptocurrency regulation spans the entire spectrum of legality, depending on where you go. Some Asian countries are highly progressive when it comes to virtual currencies, and have allowed it to alter the way business is done. While others have completely banned the currencies.

Japan is the most progressive of all. While it is not considered a traditional currency, they allow the use of bitcoin and other virtual coins as a legal way to pay for goods and services. It has been widely reported that many companies in the country have integrated crypto into their businesses.

Japanese companies that partake in trading and using crypto must be registered as such and must follow certain requirements thereafter. However, these regulations are for security more than anything else.

More toward the middle of the spectrum, China has quite strict regulations, for fear of the way their national economy might lose money as a result of increased bitcoin use. At the end of the spectrum, there are countries such as Bangladesh where using the currencies is completely illegal and can result in punishment.

In Australia, the implemented regulations ensure a balance of the use of virtual currencies in the country. At first, they were relaxed about the use of these digital assets. In 2017, however, Australia announced that they would treat Bitcoin like ‘normal’ money so that it would be easier to use in the country.

Since 2018, virtual currencies like bitcoin were treated in a similar way to foreign currencies, in Australia. Their cryptocurrency regulation is now more stringent. However, the use and exchange thereof is still fully legal, which means the path towards full legitimacy is opening up. In general, providers of an exchange service for digital currency must register themselves as such.

Australia has acknowledged the benefits that come with allowing this method of trading in the country. They do, however, remain wary of the security risks and thus have gone for a more balanced regulatory approach.

Here, there are almost no regulations, based on available legal documents. In Brazil and Argentina, there are no implementations of cryptocurrency regulation, while in Venezuela the use of it is watched over but not regulated. Bolivia has banned the use of them completely.

Africa is similar to South America in regard to bitcoin and other cryptos. In Kenya, authorities have been vocal about the “dangers” of the use and allowance of virtual money. However, it remains unregulated there. Mauritius has claimed to be friendly towards the industry, however, it has not implemented any regulations for ease of use.

While they are in the process of establishing units to watch over crypto-users, South Africa has not implemented any sort of rules on the use of virtual money either.

Cryptocurrency Regulations and What They Mean For Users

As you can probably tell by now, cryptocurrency regulation can be good or bad, depending on whether the country is open to the use of these currencies or not. When they are distrustful of the use of virtual money, regulations can mean that the use thereof is totally blocked in the region.

On the other hand, if they believe in the potential of the currency, they can use regulations to foster growth in the industry and increase its legitimacy.

Altogether, this means that the universality characteristic of bitcoin and other digital coins is not really total, and using it in certain areas can be dangerous.

5 Ways To Accept Bitcoin For Your Business

Why Crypto Asset Management is the Next Big Thing?

Joanne P - November 30, 2020 0
Anyone who looks at cryptocurrency as a fringe financial development is greatly mistaken. Many factors ranging from increased adoption, valuable cryptocurrencies, sophisticated trading, and...

Here’s why Blockchain Games Have a High Retention Rate

Best Crypto Gambling Sites To Try Your Luck At!

The Scariest Thing in Crypto 😱 (Short to Midterm)

🔴BREAKING! The Fed Has Started Printing BILLIONS of $$$. Quantitative Easing...

💥Cardano [ADA] The 1 Altcoin That Could Be Huge!