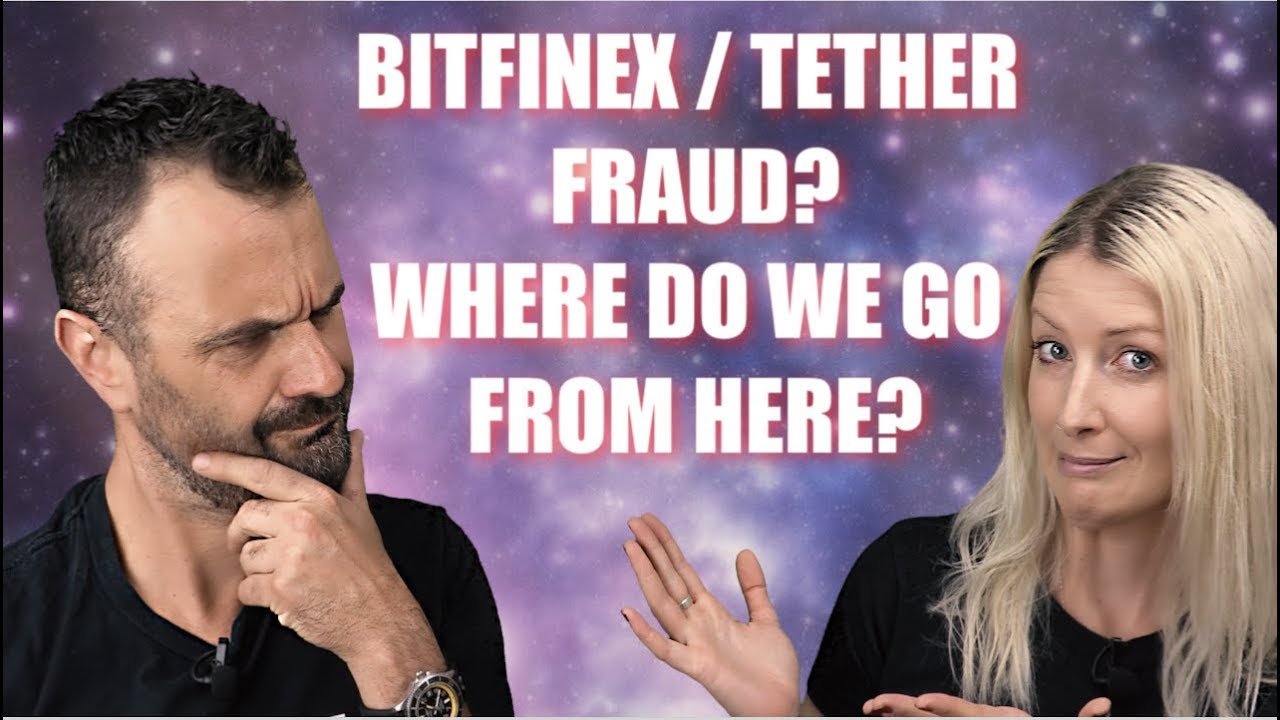 The New Kids On The Blockchain are back with another week of news covering the reported Bitfinex / Tether fraud, bitcoin price, crypto exchanges and all your blockchain and crypto news.

The cryptocurrency markets buckled on Thursday evening after New York’s attorney general accused the owners of a prominent exchange, Bitfinex, of using illicit transactions to mask $850 million in missing funds.

According to a 23-page legal filing, Bitfinex raided the reserves of a so-called stablecoin called Tether—a digital currency purportedly backed one-to-one by U.S. dollars—in order to pay out customers demanding withdrawals from the exchange.

The news caused Bitcoin to fall nearly 6% to around $5,100, and raises questions about the viability of Tether, which many investors use as a surrogate for dollars to move in and out of different cryptocurrencies.

The attorney general’s filing says the funds raided from Tether amount to $850 million. According to Chad Cascarilla, who is head of a company called Paxos that makes a rival stablecoin, that figure would account for at least 27% of Tether’s dollar reserves.

Despite all the turmoil surrounding Tether and the crypto space at the moment, ShapeShift CEO Erik Voorhees, concludes that the controversy might just be the best evidence yet that “disproves” Bitfinex’ed’s theory that Tether’s weren’t 1:1 backed by a corresponding US dollar as the company claims.

According to the New York Times journalist Nathaniel Popper, eTrade, a US-based major financial assets and stocks exchange, is preparing to integrate bitcoin and ethereum for 5 million users.

“In the wake of TD Ameritrade quietly opening Bitcoin trading for some of its customers, I was just told that eTrade is preparing to begin offering both Bitcoin and Ether trading to its 5 million or so customers and is just finalizing a third party to actually hold the coins,” Popper reported.

From NewsBTC As The Digital Dust Settles, Where Will Crypto Markets Go Next?

As the digital dust begins to settle from the Bitfinex and Tether fiasco analysts are looking for clues as to where Bitcoin prices could be heading next. Many have viewed the recent events as bearish and the instant reaction of crypto markets on Friday coupled with the media FUD storm appear to have confirmed it.
After hitting a new 2019 high on Wednesday of $5,650 many were hopeful of a push past the 50 week moving average and on to $6,000. By the end of the week Bitcoin had dumped to $5,180 losing around 8 percent. BTC has recovered marginally however and held above $5,250 for the past 24 hours.
A return to the monthly support zone of around $4,500 has been predicted by a number of crypto traders and analysts.

As The Digital Dust Settles, Where Will Crypto Markets Go Next?

Crypto vs Fiat: Outlook For The Future

CBDCs, Blockchain, and Stablecoins: State of the Market

Chain Blog - May 12, 2021 0
Online gambling is more accessible than ever. The rapid advancements in technology, game development, and internet access are vital.  They place this industry on...

This Is How Online Casinos Choose Software Providers!