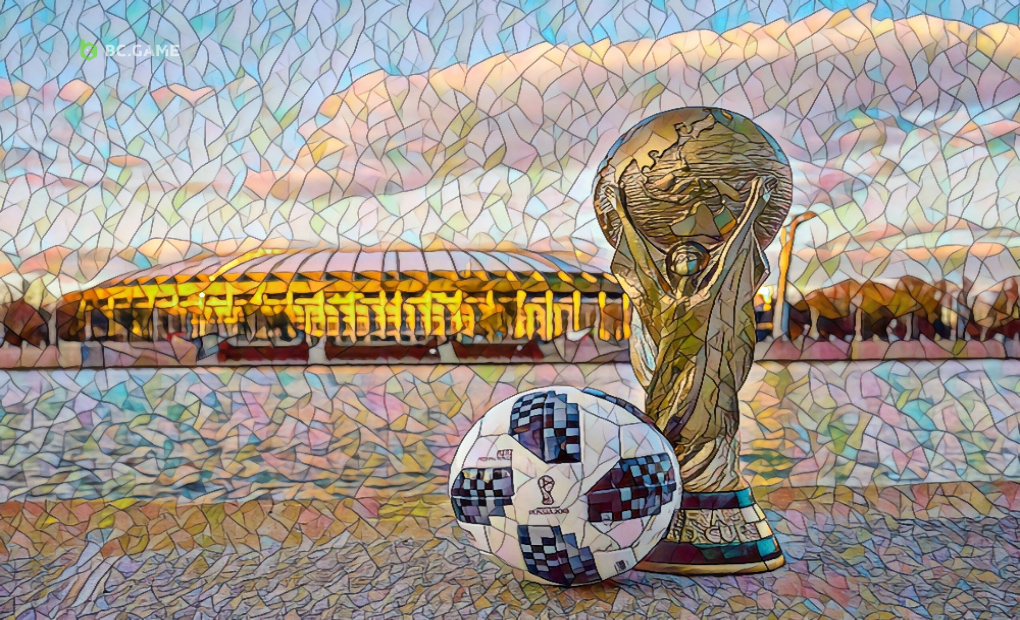 The World Cup is in the same light as the Olympics, which only occurs every four years. Every football fan stays tuned to the latest games in bracket competitions when the tournament is fast approaching.

The World Cup is not a new concept in football. Dating back to 1930, when it first started, teams had already been vying for the trophy. The idea of the World Cup was introduced by Jules Rimet, who wanted to make an international event that pits countries against one another on the biggest stage possible.

As years went by, more countries participated in the event, initially starting with only 13 countries during Uruguay’s inaugural FIFA World Cup competition in 1930. Since then, the FIFA World Cup has grown into this unbelievable football phenomenon that the world pays attention to. In its entire history, there are numerous accounts of exciting events that happened that you may find interesting.

To prepare you for the eventual World Cup 2022, here are some fun FIFA World Cup facts that you should know:

Brazil has played in every World Cup

If one country can be the brand icon of the FIFA World Cup, it would be Brazil. This South American country has taken pride in every World Cup final tournament since the dawn of the competition.

Not only did Brazil achieve this feat, but they also won five trophies while they were at it. There is no question that the country has been the most prolific team in the competition. To illustrate their dominance, they won five championships, appeared in the top four 11 times, and hosted the event twice. Considering their strong football culture, it really shouldn’t come as a surprise.

Many fans thought the World Cup had been running every four years since its inception in 1930, but only very few know of its hiatus in 1942 and 1946. Before that, Italy won the 1938 World Cup as they beat Hungary in a 4-2 skid. This win marked Italy’s second straight World Cup win, where they initially won the 1934 competition.

The next World Cup was in South America in 1942. However, things didn’t go as planned due to the concurrent second World War. In light of the preparations for the event, Germany and Brazil were strong host considerations.

It caused outrage around the South American community that Germany was even considered, considering that the previous two World Cups occurred in Europe. Despite all this, FIFA hadn’t decided between the two countries yet.

Then, the tournament was cancelled due to the indecisiveness of the FIFA confederation. The organisers also prolonged the decision to cancel the event to two consecutive World Cups after the European hostilities started with the German invasion of Poland in 1939.

The past World Cup trophy was named after the FIFA head

The original World Cup trophy was called the ‘Jules Rimet Trophy’ to honour the Frenchman who started the whole organisation. The trophy also had monikers like ‘Victory’ or ‘Coupe du Monde’ to simplify identifying the name. From 1930 to 1970, the Jules Rimet Trophy was used as the award to the eventual winners of the World Cup until the organisation decided to name it the ‘FIFA World Cup’.

The Jules Rimet trophy was lost since 1983

Having been hoisted high in the air by legendary footballers like Pele and Bobby Moore, among many more, the Jules Rimet Trophy holds a special place in the hearts of many football fans. Unfortunately, an unknown thief stole the trophy on March 20, 1966, when it was displayed at the Westminster Central Hall in London.

Before this, a ransom note was given to FA chairman Joe Mears that stated: ‘If I don’t hear from you by Thursday or Friday at the latest, I assume it’s one for the POT’.

The trophy was retrieved after a week after the incident. However, it went missing again in 1983. Sadly, the trophy did not see a comeback like the first time and is currently lost in the ether of intrigue and speculation.

Not only was 2002 the year the FIFA World Cup took place in Asia, but it was also the time when the tournament reached a few more milestones. Not one but two Asian hosts were declared for the World Cup, and they were South Korea and Japan. Two World Cups later, South Africa became the first African country to host the World Cup, famously bringing the vuvuzela into the most prominent football stage.

The vuvuzela is a long trumpet used by fans specifically for the World Cup to cheer on their favourite teams. It became a tradition when South African FIFA audiences brought it into the stadium and instantly made the musical instrument famous.

Germany scored the most goals in the World Cup

Aside from Brazil, Germany is another country that shows consistency and aplomb during FIFA World Cup tournaments. They are also the team to score the most goals in World Cup history at 226. What’s not surprising is their total games played, which is also the highest out of any country in the World Cup, with 106 games.

With all this time in the stadium, it makes perfect sense why they are the team that is considered the most prolific scorers in the tournament. This incredible feat also reflects Germany’s consistency throughout the years, having participated in almost all World Cup Finals and tying for second most wins in history alongside Italy.

There are a lot of intrigue circling around India’s boycott during the 1950 World Cup. There was no confirmed reason why they didn’t join the tournament, but there are a lot of theories regarding the country’s unwillingness to play on football’s biggest stage.

One speculation was financial concerns over travelling to Brazil, where the tournament was held. It sounded reasonable at the time, but the event organisers offered to pay for all travelling expenses, which contradicts this theory.

Indians were known to play barefoot during practices and scrimmages, which helped their game plan accordingly. However, the most popular theory of India’s boycott was that the players didn’t want to wear football shoes, thus backing out. However, this theory has not been confirmed by any legitimate sources.

Finally, one of the most plausible reasons for their withdrawal was the ‘disagreements over team selection and insufficient practice time’, according to the All India Football Federation (AIFF).

The FIFA World Cup is the most coveted prize in any significant football confederation. The event’s history witnessed the title going to only two continents, with five European nations and three South American countries winning.

Brazil won the most, with five, where they last won in 2002 when the World Cup was held in South Korea and Japan. Germany and Italy are a close second with four titles each. The next on the list are Argentina and Uruguay, winning two World Cups, while England, Spain, and France all won once.

FIFA Executive Committee gets to pick the host country

You might be wondering how the FIFA World Cup gets to pick the host country. Over the years, qualifications to host the tournament have changed. However, one thing remained consistent, and that would be the strict requirements before getting chosen.

How FIFA selects a host candidate

The FIFA Executive Committee gets to handpick the host for the World Cup via an exhaustive ballot system. This ballot is hoisted seven years before the tournament, providing the host country enough time to prepare for the event.

There have been multiple ways for this to be conducted. From 2010-2014, the FIFA Executive Committee stuck to a more controversial World Cup selection process known as the continental rotation.

It allowed each confederation to bid for a World Cup subject to the current rotation. In 2010, it was Africa’s turn to bid for the hosting rights. It made South Africa a selection ahead of Egypt, Nigeria, and Morocco. South Africa received 14 of 24 ballots, with the remaining ten going to Morocco.

Many allegations of corruption and bias surrounded the FIFA Executive Committee, forcing them to change the process again in the 2018 World Cup. Instead of a continental rotation, each country gets to send an application to the committee, provided that they had not hosted two previous World Cups. Interestingly, the 2018 World Cup bids were exclusive to European countries. The competition was then awarded to Russia as the host of the 2018 World Cup.

While not as controversial as the 2010 and 2014 World Cup bids, Russia winning the votes still raised many eyebrows in neighbouring continents. During the 2022 ballots, FIFA included Australia, Japan, South Korea, and Qatar in the bids, which Qatar won. The 2022 ballot was the most diverse in a long time and will be hosted by Qatar. It will also be the first time the tournament will be held during the winter.

Miroslav Klose has the most goals in FIFA World Cup history

The German striker Miroslave Klose is the most prolific football scorer in history. Klose scored the most FIFA World Cup goals of 16 (in 24 matches) in 2002, 2006, 2019, and 2014. He also broke Cristiano Ronaldo’s record for most goals scored in 2014, which led to his country winning that year’s World Cup.

World Cup betting is the highest it has ever been

You can only attend the World Cup if your country is lucky enough to host it. In short, not everyone gets the privilege of joining other fans at the stadium to cheer on their favourite teams.

Punters can’t watch the games live, which diminishes their betting experience. However, the age of advanced technology has made it possible for fans to watch and punters to both bets and view the games live.

Which team is most likely to win in the 2022 World Cup?

In the history of the World Cup, only a few teams out of the 32 have become the favourite to win, but this year is different. Over ten teams can win it all, and they can pressure long-time favourites like Brazil and Germany, who have been dominating for decades.

One of the standouts for the 2022 World Cup is The Netherlands, which has incredible defence and a good selection of veterans who can vie for the trophy. Of course, Brazil and Germany will never go out of the picture, and they are up there as the prospective winners of the tournament. The most recent World Cup winner, France, also wants to defend their title.

Did you find these FIFA World Cup facts interesting? With how close the 2022 World Cup is, it’s best to go back to the fascinating moments of the tournament to help prepare yourself for the excitement of the eventual games. If you are a football fan and its betting scene, place wagers on BC.Game during this year’s FIFA World Cup!