The BC.Game Blog
Home gambling What Is Gambler’s Fallacy (including steps to avoid it) 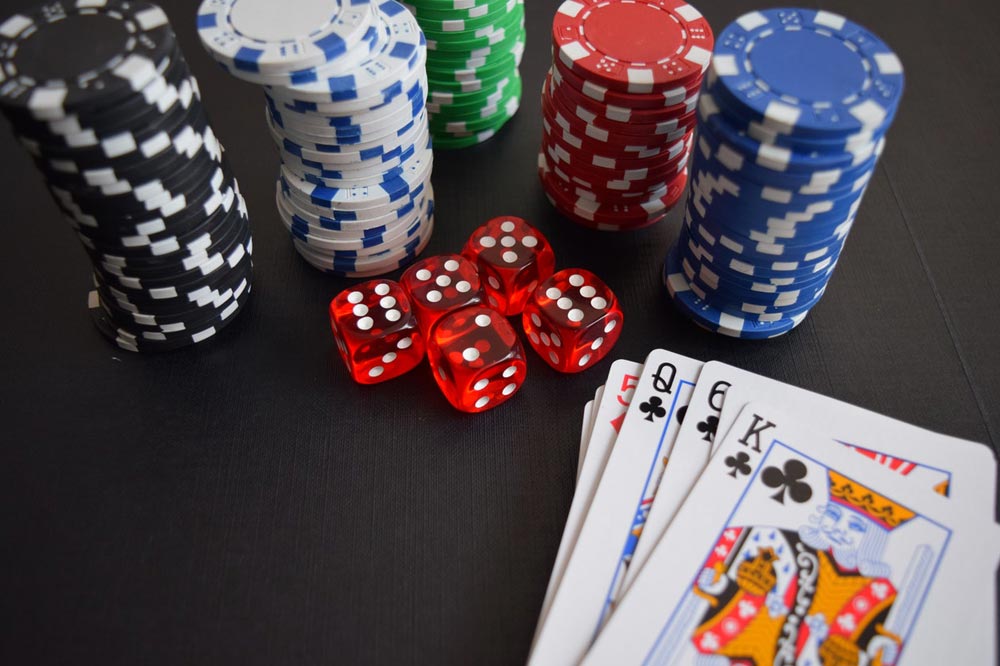 Gambler’s Fallacy is a psychological misconception that if an event occurs more frequently than usual during a specific period of time, that event will then occur less frequently in the future or vice versa.

However, when gambling at the best crypto casino, the truth is that every flip of a coin, roll of a dice, or card dealt are independent events that are completely random.

Origins Of The Term

One of the most famous examples of gambler’s fallacy happened at the Monte Carlo casino in the early 20th century.

In August 1913, at the Monte Carlo casino during a game of Roulette, the ball landed on a black pocket 26 times in a row. This upset many gamblers as they lost millions in the belief that such a hot streak could not possibly be sustained.

It is because of this event that gambler’s fallacy is also known as Monte Carlo fallacy.

Gambler’s Fallacy usually occurs when a gambler believes that:

The common theme in both these beliefs is the underlying expectation of a systematic reversal regarding random sequences of independent past events. As each of these past events is totally independent of each other, all future occurrences will also be random and not influenced by past occurrences.

It is always important to remember that a series of unlikely results may appear not appear to be random or independent but actually are.

Ultimately, gambler’s fallacy leads gamblers to have an expectation to expect otherwise.

How To Avoid Gambler’s Fallacy

To avoid experiencing Gambler’s Fallacy, you must be aware that it is about to be used or has been used already. This could be through your reasoning or the reasoning of someone else.

However, identifying this system of reasoning is not enough. To successfully overcome it, you will need to employ some de-biasing techniques to bring awareness to your gameplay.

One popular technique that gamblers tend to use is to emphasize the independent nature of each event by acknowledging that it is unable to influence other events.

For example, say you are playing dice and land a double 6. It is essential to internalize that the second roll of your dice is totally independent of the previous roll.

In light of this, you must keep in mind that the dice has no way to remember previous roll outcomes, and the dice can never influence future outcomes.

Moreover, you can internalize this concept a little further by questioning yourself as to how exactly you suspect that the dice might be able to influence previous or further outcomes.

By thinking through the process of gambler’s fallacy, you will soon come to realize why this mistaken belief is false.

Other de-biasing techniques that gamblers like to use include slowing down the process of reasoning and removing distractions. Doing this will optimize your decision-making process in the game with a clear mind.

When looking to avoid this logical fallacy, you must understand that every roll of the dice, coin toss, or card hand is new and different.

In this sense, it is a great idea to randomize the decisions you make during your gambling session. This removes the emotions from your thought process and helps you switch off the inclination to follow what you think would be a sensical pattern of play.

In any game you choose to take part in, playing with specific strategies in mind also helps to balance your gambling session. You will focus your mind on your strategy, which often includes elements of unpredictability.

Once your superstitions about outcomes have been stifled, you will successfully avoid committing gambler’s fallacy.

The Psychology Behind The Fallacy

Gambler’s fallacy can be described as a cognitive bias that manifests as a systematic pattern of deviation from rational thinking.

To illustrate this better, we can imagine gambler’s fallacy influencing the rationale of a gambler during a coin toss.

If the coin is tossed and lands on heads twice in succession, gambler’s fallacy will suggest that the following outcome will be the coin landing on tails. The thinking behind this is it would even out the sequence and maintain an equal ratio between the two outcomes.

The Distinction Between Three Types Of Gambler’s Fallacy

Although there is another type, which we will discuss below, you can draw a distinction between two types of Gambler’s Fallacy, namely, Type 1 and Type 2.

To explain the first variation of Gambler’s Fallacy, we shall use Roulette as an example.

If you observe a game of Roulette at a casino, you will notice that many players place their bets based on the previous outcomes at that table. This influences gamblers to make sudden switches in their betting behavior based on the results of previous rounds.

This sudden switch stems from the belief that the randomness of the game has deviated, and nature will automatically correct its course. This is regarded as Type 1 Gambler’s Fallacy as the player assumes that the Roulette table is perfectly configured with specific outcomes bound to occur.

There are other types of gamblers who observe the proceedings and outcomes of a Roulette game before settling on a favorite number that they will be betting on. They are of the mistaken belief that the number they have chosen will reliably boost their bankroll. This is regarded as Type 2 Gambler’s Fallacy.

While these two types are classified differently, they are similar and can be viewed as representing two sides of the same coin.

With Type 1, there is a failure by the gambler to understand the statistical independence of each outcome. This is due to their belief that the Roulette wheel is perfectly calibrated, and the outcomes will eventually correct themselves.

In terms of Type 2, gamblers search for a bias and then integrate hypothesis testing into their gameplay.

With both these fallacies, gamblers tend to ignore the importance of statistics. This is, indeed, a weakness and stems from their mistaken belief in the concept of randomness. It can be attributed to their failure to appreciate the variance that random events can produce.

The Hot-Hand Fallacy is different from the above-mentioned type 1 and type 2. In this one, gamblers believe that a series of similar results is clear evidence that more of the same will arrive in the future.

They refuse to acknowledge the randomness and independence of each result and expect the outcomes to follow their beliefs.

For example, in a game of dice, if a player has just rolled a double 6 twice in succession, a third double 6 is inevitable. It is evident that the independence and randomness of the following outcome is not taken into consideration.

Variables In This System Of Reasoning

When people talk about Gambler’s Fallacy, they often refer to it in the context of variables. These are classified as Independent and Identically Distributed (IID) like dice rolls and coin tosses.

In a specific event, Independent will mean that the variables, like a coin toss or dice roll, will not influence one another.

However, it must be noted that the outcomes of these variables may not necessarily have an equal probability of occurring.

To illustrate this point better, even if a coin toss is viewed as unfair because it is more likely to land on tails, the sequence of coin tosses is still identically distributed. This is because the coin has the very same probability of landing on tails for each Independent coin toss.

Gambler’s Fallacy is a mistaken belief by gamblers that outcomes can be predicted. They have a misconception that if an event occurred more often in the past, that event is less likely to happen in the future and vice versa.

Gamblers can take active steps to avoid coming unstuck as a result of this system of reasoning by questioning the independence of events in a specific game. De-biasing techniques are great in stifling the urge to commit Gambler’s Fallacy as it helps to slow down the reasoning process of a player.