The BC.Game Blog
Home Blockchain How To Invest In Lightning Network: 3 Tips & Examples 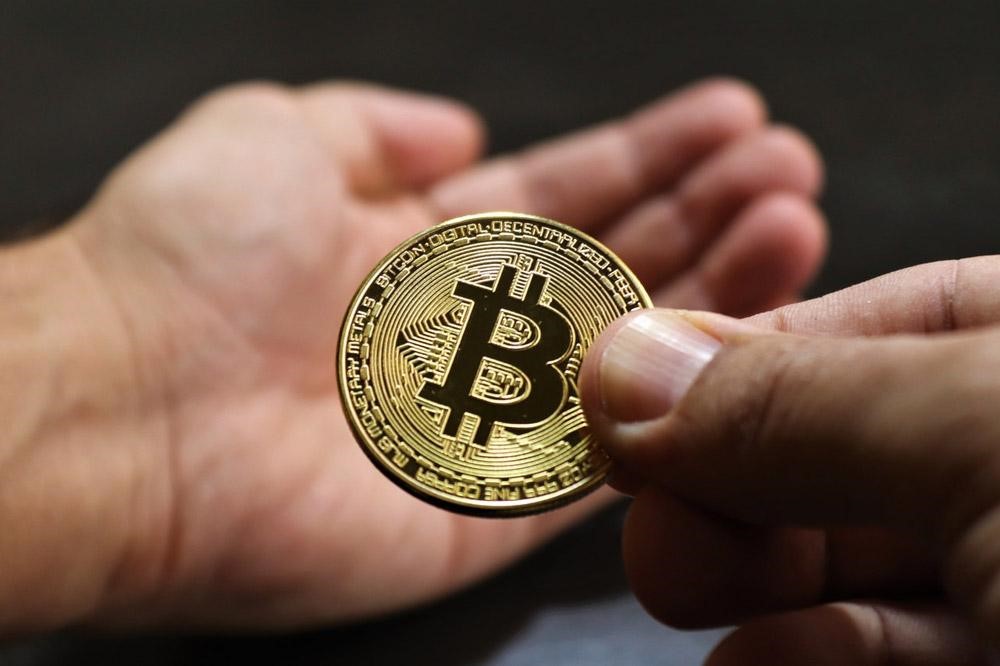 It makes sense that you want to know how to invest in Lightning Network given the growing hype around it. The Bitcoin Lightning Network (LN) is quickly becoming more and more popular for crypto users. Even some of the best crypto casinos, including BC Game are making use of this technology. After all, it boasts better scalability, higher speed, and lower transaction fees when compared to the Bitcoin Blockchain network.

But, how exactly can you profit from this development as an investor? Well, as the use of lightning nodes becomes increasingly common, this exact question is on everyone’s lips.

In this blog post, we’ll be discussing all you need to know when it comes to how to invest in Lightning Network (LN). We’ll cover what it is, some tips and best practices for investing in it. We’ll even provide some great real-life examples of times where this kind of investment has worked for others!

We can’t talk about Bitcoin and cryptocurrencies gaining traction without mentioning a recent, exciting development. June 2021 brought El Salvador’s announcement of their approval of Bitcoin as legal tender. They became the first country (of possibly many more) to do so.

The reason for this was to bring more financial inclusion, investment, tourism, and development to the small country. And it’s had significant effects on Bitcoin. Investors have seen the opportunity for growth and have jumped at the opportunity to invest in BTC.

The more people that invest in and use Bitcoin as a legal tender, the more BTC transactions there are, increasing the need for the Lightning Network. But what exactly is the LN?

What Is The Lightning Network?

Before we get started on investing, let’s do a quick recap on what exactly the LN is. While you can read about it in more detail in this blog post, the basics are below.

Think about the BTC blockchain as the first layer. This layer has its own purpose: it records transactions. You can buy, store, and trade BTC through this technology. The problem comes here: it’s slow, especially when there are too many transactions to process. In fact, it can only process up to 7 transactions per second (which isn’t all that much considering the ever-growing popularity of Bitcoin.

It also doesn’t boast great scalability and its performance ability decreases as demand increases. It can take around ten minutes for a transaction to go through.

The Lightning Network, on the other hand, is a solution to the problems the blockchain poses. True to its name, it’s much faster, processing all transactions in under a minute. It acts as a second layer, allowing transactions to take place on its servers instead.

LN creates channels between two parties so transactions take place off-chain instead of on Bitcoin’s blockchain. Channels are peer-to-peer, but systems called lightning nodes connect these channels to other channels. And those channels to even more.

Essentially, what you end up with is a network through which people make transactions. If you’re on the LN, you can send money to anyone who uses the LN.

So, the LN is a transformative technology that improves transaction waiting time substantially. It means no more issues with speed or scalability. But is it worth investing in?

Let’s discuss how to invest in the Lightning Network and the benefits and challenges of using it.

How To Invest in Lightning Network: 3 Tips

It goes without saying (but we’ll say it anyway) that one of the best ways to invest in LN is to invest in Bitcoin itself. The more Bitcoin you buy and hold, the greater the demand for the network. And we all know the growing business importance of cryptocurrency, anyway.

In addition to this, here are three ideas on how to invest in Lightning Network. And when we talk about investing, we mean running currency through the network to generate transactions and demand, as well as earn cryptocurrency.

Depending on the type of business you run, you can consider setting up a Tippin.me account. If you or your business are all about social media, this is a great option. The technology allows you to receive tips or micropayments through social media via the Lightning Network.

Tippin.me describes itself as a “Lightning Network tip jar”. Tippers will use their LN-enabled BTC wallet to tip you or your team. You can receive and cash out Lightning payments quickly and easily. After all, the network is all about speed and convenience!

Making this kind of account is a simple investment. It a) increases the popularity of the LN and b) allows you to cash in on this popularity.

In Bitcoin’s early days, Microtask apps and platforms enabled newbies to earn satoshis (sats) outside of the major exchanges.

When working on these platforms, there was no need to go through the sometimes complex process involved in choosing an exchange and meeting its KYC and AML requirements. Essentially, they gave entry-level investors an opening to the cryptocurrency market.

Today, microtask platforms such as Microlancer and Paid App are utilizing the LN to process lightning-quick low-cost BTC payouts. The tasks are varied, and range from completing KYC submissions to installing apps and downloading games.

Keep in mind that you won’t be earning big money doing microtasks. Instead, it’s an entry to investing in BTC and stacking your sats.

Another great answer to the question “how to invest in Lightning Network” is to start running a lightning node.

Lightning nodes are the gateways from the blockchain into the LN. They’re software that connects to the blockchain network and exchange data with each other. The whole point of them is to record and process transactions off-chain to reduce load, so they’re really important.

They also make up the connections within the LN itself.

So, if you are running your own lightning node (which anyone can do), you can access the Lightning Network technology and all of its features. You can even earn sats by routing payments.

Essentially, this is the best way to start investing in the network, that is, to run your own lightning nodes. You can do this relatively easily, with an initial investment in hardware and equipment. From there, you install the software and connect to the network.

The LN, developed by Lightning Labs, is largely powered by the lightning nodes software mentioned earlier. You’ll see from the examples below that most successful LN investments center around lightning node ownership. Investments into lightning nodes have also led to the growth of the network and BTC.

Here are three examples of how to invest in Lightning Network successfully:

Bosworth, the infrastructure lead of Lightning Labs, reports a $4,500 a month income based purely on routing fees. Routing fees are the (very small) fees charged by lightning nodes in exchange for the use of their networking capabilities.

Bosworth has also reported that one lightning node can route around $10,000 a month, receiving a fee of 0,25%. Think about it: this means that with each Lightning node setup (on which there are no limits) you can make $25 a month.

Malone reported similar positive effects to Bosworth. Within ten weeks, she had become a successful lightning node operator. Her tips for success when it comes to running a node include route analysis and the constant rebalancing of channels.

Malone shows how a simple investment into lightning nodes (by an LN newbie, no less) can generate income in almost no time.

It’s not easy, though, and Malone states that running a node is more of an art than anything else. It’s all about looking after your channels and taking care of their needs through analysis and rebalancing.

This technology investor has recently made headlines in the Bitcoin world with his podcast about lightning nodes. He explains exactly how the Lightning Network is helping Bitcoin, and why lightning nodes are a good investment, among other insights.

Rooke states that “For 100 or 200 bucks, you can get a lightning node, then you have a wallet, and all of a sudden, you can move funds from the bitcoin base chain to lightning, and you can start routing payments right away”.

Rather than invest directly into lightning nodes, Rooke’s success shows how much potential there is to monetize the LN community. More and more people will seek content and information about the network as it grows. Leading the pack as a Lightning Network content creator is a smart investment, too!

These are just three of countless examples that demonstrate the earning potential when investing in the LN.

Can You Make Money & Is It Worth It?

The Benefits and Challenges Of Investing In The Lightning Network

The benefits of investment into the Lightning Network are as follows:

There are, however, some challenges too:

Is It Worth Getting Invested In The Network?

So, the big question. We’ve already answered how to invest in Lightning Network. Now, we need to ask whether or not it is worth it.

As you can see above, the benefits of the LN outnumber the challenges. We also believe that there is great potential in the network as the use of Bitcoin expands globally. That’s why we think an investment in the LN can be a great one – one that reaps rewards both now and later on!

Online Crypto Casinos and The LN

Being the blog for BC Game, we can’t wrap up without answering the question: how do lightning nodes and the Lightning Network in general benefit crypto casinos and their players?

When it comes to things like gambling at online casinos, cryptocurrencies have made transacting so much easier! But, there’s always room for improvement.

Enter the Lightning Network. A good example of the benefits can be found by looking at our online casino. BC Game is one of the few crypto casinos to have implemented the LN and the use of lightning nodes on our platform.

What this means for the future of online crypto casinos and gambling is simple: quicker, less expensive, more efficient ways to gamble online. You can check out our full article on Why Is Lightning Network Beneficial For Online Gambling to find out more.

So, what have we learned in this article? In a nutshell, the Lightning Network is a game-changer.

With the opportunity for investment rising at an exponential rate as Bitcoin gains popularity, LN isn’t going anywhere anytime soon. It poses an opportunity for BTC users to really make the most out of the experience and ensure quicker and more efficient transactions.

What’s more, we’ve learned that running your own lightning nodes is one of the best ways to invest in the Lightning Network. After all, both Bitcoin experts and rookies alike can say one thing: it works.