The BC.Game Blog
Home Beginner Guides Best of the best: Top teams to watch in the 2022 FIFA... 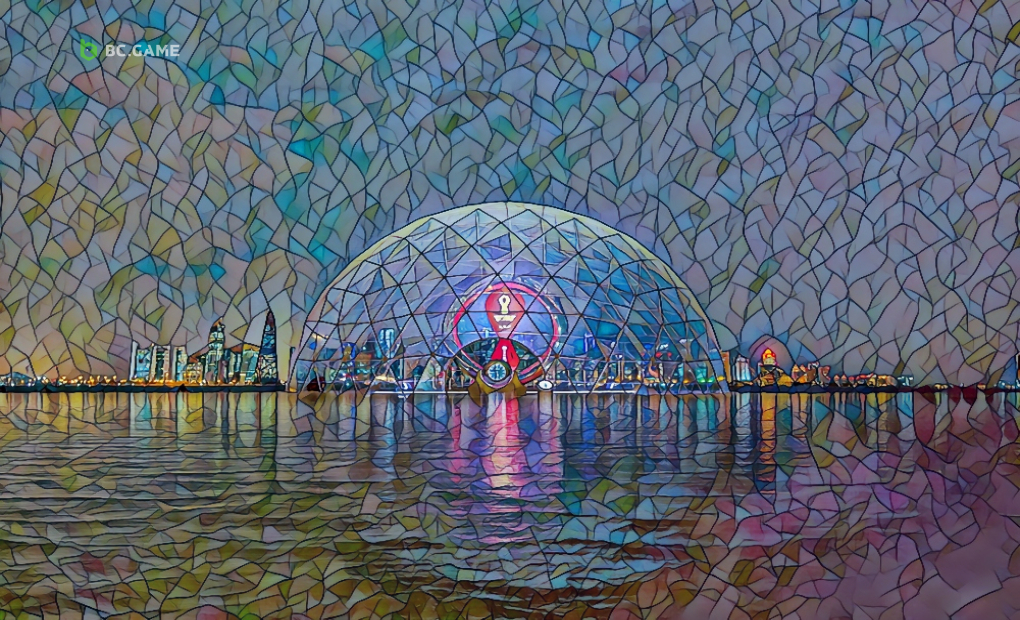 The 2022 World Cup is shaping up to be a prestigious tournament since many teams have emerged as either crowd favourites or dark horses. It is where each team plays for their country’s glory, which ups the ante from domestic league competitions.

Since 1930 when the first ever World Cup was held, there have been many successful teams at this event, headlined by Brazil, which has five titles under its belt. That success has helped them cement themselves as a perennial contender at any World Cup.

Before fully diving into the best teams at this year’s World Cup, find out what happened in the most recent edition of the World Cup here at BC.Game.

What happened in the 2018 FIFA World Cup?

The 2018 World Cup was quite eventful, with France winning against Croatia in the final match.

Kylian Mbappé, Harry Maguire, and Benjamin Pavard were standouts at the World Cup for their respective teams. Mbappé, in particular, became a superstar due to his performance for France as he went from a promising teenager to a future Ballon d’Or candidate with his performance at this event.

Heading into the 2018 World Cup, Germany was the favourite to win and repeat its success from 2014. As one of the most surprising developments in World Cup history, the defending champs crashed early in the competition’s group stage.

Expect team and player performances from the previous World Cup to affect how fans view this year’s tournament. Defending champion France is one of the favourites to win the 2022 FIFA World Cup.

2022 FIFA World Cup Favourites: The best teams at the event

The World Cup has talented players, but some teams have a bigger chance of winning than the rest of the pack. Here are the favourites heading into the World Cup and why you should keep an eye on them:

The team is the biggest favourite heading into the World Cup. They are the winningest nation in soccer history with their five World Cup wins. However, they have been dismal in the previous editions, and their win drought has been long (their last win was in 2002).

However, this 2022 squad involves elite players, and it is the best lineup Brazil has had in years, which will be tough to beat. Here are some of the country’s best players:

This crop of talent can be the main reason they go far as a top team, but it’s also important to know that they have Adenor Leonardo ‘Tite’ Bacchi, who can establish an effective system.

France will face the challenging task of defending its 2018 World Cup title. It is a deeper crop of teams, but they are ready to cement themselves as the defending champ. They have maintained nearly the same core that helped them win in 2018.

Didier Deschamps remains the team’s manager, and his soccer brand is still their focal point. He loves to lead a team that plays a more conservative style, but they can get aggressive in a flash. Mbappé and Karim Benzema will be the driving force for their offence since they perfectly capture what Deschamps wants with his team.

As the fourth-placed team in the 2018 World Cup, some people might not hold England in high regard. However, they had improved since their last World Cup run, which was proven when they made it to the Euro 2021 finals, losing to Italy. The core from the 2018 squad is still there. Here are the players that stayed in the team:

Aside from them, the young players are ready to prove themselves at the highest level like the following:

Gareth Southgate as the manager is still a solid choice from England because he has experience of thriving in cup competitions. Southgate also knows who to trust in dire situations and is a master at making adjustments for his team.

Talent is hard to maintain, but Belgium has many big names that have successfully played club football. They have not been the most dominant international team, but they have the talent to keep up with all the World Cup’s top teams. The stars of this team are:

Thibaut Courtois is this team’s goalkeeper, which means they have a reliable shot-stopper in between the sticks. Belgium has a strong defence because of him, as he uses his imposing frame to stop shots and intimidate forwards.

They will only improve in high-pressure situations with the players that have proven themselves in those cases. Roberto Martinez manages Belgium and is well known for dominating possession that leads to wins.

Whenever you have a star of Lionel Messi’s calibre on your team, you will always have a strong chance of winning. This squad is known to be the best because they have good team chemistry. With their success in the 2021 Copa America, Argentina has a recent title they can use to be confident in following matches.

Messi is always credited for their success, but he has some strong teammates like the following:

Lionel Scaloni has been Argentina’s manager since 2018, and he already has a trophy to show for it.

Dark horses: Surprise teams that can win the World Cup

Like any prestigious tournament, matches are not as exciting without the possible upsets from underdog teams. Even the dark horses play at the top level in this competition because they have made it through the World Cup qualifiers to get to this point. Here are some of them:

Some people have forgotten that Spain is still one of the most powerful soccer countries in the world. They have produced exceptional players that are not as well-known as Andres Iniesta or Xavi but are also quite skilled. In the 2010 World Cup, Spain won their first title in the biggest soccer event.

Spain has a good mix of youngsters and veterans that know how to win. Their main squad consists of younger talents like Pedri and Ferran Torres. However, they still have the veterans from the 2010s in their team:

Put these players under a top-tier manager in Luis Enrique, and you have the recipe for success.

Their primary rival from the 2010 World Cup, the Netherlands, is joining Spain as dark horses. The Dutch squad has talented players that can make waves in the World Cup. Virgil van Dijk is always at the forefront for the Netherlands with immense support from these players:

Louis van Gaal is in charge of the team, and he’s used to success with these players. He knows how to maximise all of their talents, and they will be challenging to stop if they have momentum.

Once known as a massive powerhouse in Europe, Germany has the chance to surprise fans in this year’s World Cup. They did not have a fruitful run in 2018 when they failed to defend their title. However, they are back to take a shot at clinching the coveted title.

They have a good mix of veteran talent from the 2014 squad and young players who are out to prove themselves as top-tier talents. The veterans are the captain and goalkeeper Manuel Neuer, and forward Thomas Müller.

Hansi Flick at the helm rounds it all off for Germany, and he has been a successful manager for Bayern Munich in the past when he led them to the 2020 treble. He has a more challenging task ahead of him with this World Cup, but he is ready to bring his uber-aggressive style to the world stage.

Often branded as the little brother to England, Wales has carved out a good spot in international football. Now, they are on the World Cup stage, and they have the chance to pull off a surprising run.

Of course, Gareth Bale is the man to watch for Wales since he is their captain and superstar. He will be the biggest name for the country’s soccer team but do not overlook the likes of Daniel James and Aaron Ramsey.

Rob Page is the man at the helm, and his system focuses on playing defence. Wales has a squad focused on fulfilling what Page wants, and they are ready to play physically but remain firm on offence.

South Korea has dominated Asian football for the longest time. Their success in 2018 is still well-regarded today as they were the team that eliminated the defending champs, Germany. They are the most successful Asian football team on the international stage, and they look at the 2022 World Cup as a chance to prove themselves.

With Son Heung-min as their talismanic star, South Korea can pull some big upsets. They dropped out in the group stage last time, but South Korea manager Paulo Bento has many weapons in his arsenal, with more talented players coming into the fold.

Why the World Cup is the biggest event to bet on

If you are looking for a sporting event to bet on, the World Cup is always a top-tier choice. It is the event where the best team in the world will be crowned. Since this only happens every four years, it makes it even more lucrative because the stakes are high.

Don’t miss out on betting on the World Cup because it can turn into an exponential amount of winnings if you get your predictions right. It will be quite a challenge, but you can be an astute punter with enough research.

Have a fun time by betting on the World Cup at BC.Game

With all of the top teams to watch out for 2022 FIFA World Cup in Qatar, you have many opportunities to bet here at BC.Game. It is the biggest stage in soccer, and it is a fantastic time for you to make a wager and see how you can win rewards!

Make the most out of amazing casino promotions