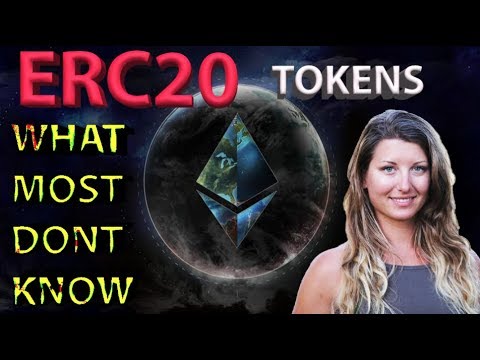 How to Check if it’s an ERC20 token: https://ethplorer.io/

What is the ERC20 Token Standard: https://nulltx.com/what-is-the-erc20-ethereum-token-standard/

Hear from the ETH Dev Who Proposed ERC223: https://www.cointelligence.com/content/comparison-erc20-erc223-new-ethereum-erc777-token-standard/

Taking a step back, Ethereum was actually developed in order to facilitate these tokens’ very existence. For a long time now, the team behind Ethereum had their sights set on building a platform that hosts many different dApps, or decentralized applications. That is essentially what these tokens on Ethereum’s blockchain represent. They are the units of value that give you the ability to partake in the application with which it is associated.

If you want to move these tokens out of this Ethereum address, or wallet, you can import this wallet onto MyEtherWallet.com. I’ve conveniently put together a video that goes over all of this in detail, it’s called Storing ERC20 Tokens for Dummies, but I know you’re not a dummy, you know what ERC20 tokens are so that puts you way ahead of the game at this point.
https://www.youtube.com/watch?v=hrwXThR7mUc

If you’re ever curious if a coin is actually a coin, or if its an ERC20 token that is a part of Ethereum, all you have to do is visit ethplorer.io and type the name of the coin/token into the search bar. If it is recognised and you’re shown its statistics, you know that it is indeed an ERC20 token.

Why the name ERC20?
ERC stands for Ethereum Request for Comment. The number 20 refers to the request number.
Let me break it down for you. There are a whole bunch of projects who have chosen to launch their tokens on the Ethereum blockchain. These tokens ultimately need to have some sort of common qualities, capabilities because they are all using the Ethereum Blockchain. If these tokens have a set protocol, it is easier for things like wallets and other platforms to support them.
In order to establish which functions these tokens can have, there needs to be a standard by which they will abide. These standards are proposed by Ethereum developers and can be viewed on the Ethereum Github, since Ethereum is indeed an open source platform. Without a doubt, the most common of these proposed standards is the 20th Ethereum Request for comment. That is the tokens that have been designed with the ERC20 standard.
However, this does not mean that this standard is perfect. In fact it actually has some issues that have led to the loss of over a million of dollars worth of tokens.

Here’s the issue. These tokens work with the Ethereum Blockchain by utilising smart contracts. If you’ve ever participated in an ICO for an ERC20 token for example, you sent your Ethereum to a smart contract. Once the token sale was finished, you were allocated your tokens according to the agreement of that smart contract. Also, if that token sale failed to meet its minimum cap, you should have been refunded your investment.
The thing with smart contracts is that they have their own specific addresses also, addresses like those for Ethereum wallets. These contract addresses were not designed to receive tokens. So if you were to accidentally send a token or a number of tokens to a contract address, those tokens would be withdrawn from your wallet and then lost in a sort of limbo, where no one can retrieve them. This is how millions of dollars worth of tokens have been lost.

The Ethereum Requests for Comment did not stop at 20. In fact there are several hundreds. There are some which have been created that address this specific issue. ERC223 and ERC777 take different paths that aim to achieve the same solution. I’ll be providing links down below for those of you who wish to venture down this rabbit hole. But in the meantime it’s good to know that this problem is being addressed and many different solutions now exist. The trick is getting the popular applications and wallet platforms that interact with the Ethereum blockchain to begin implementing the needed changes to support these new protocols as well.