The BC.Game Blog
Home Beginner Guides What you have to know about the biggest online slot winners 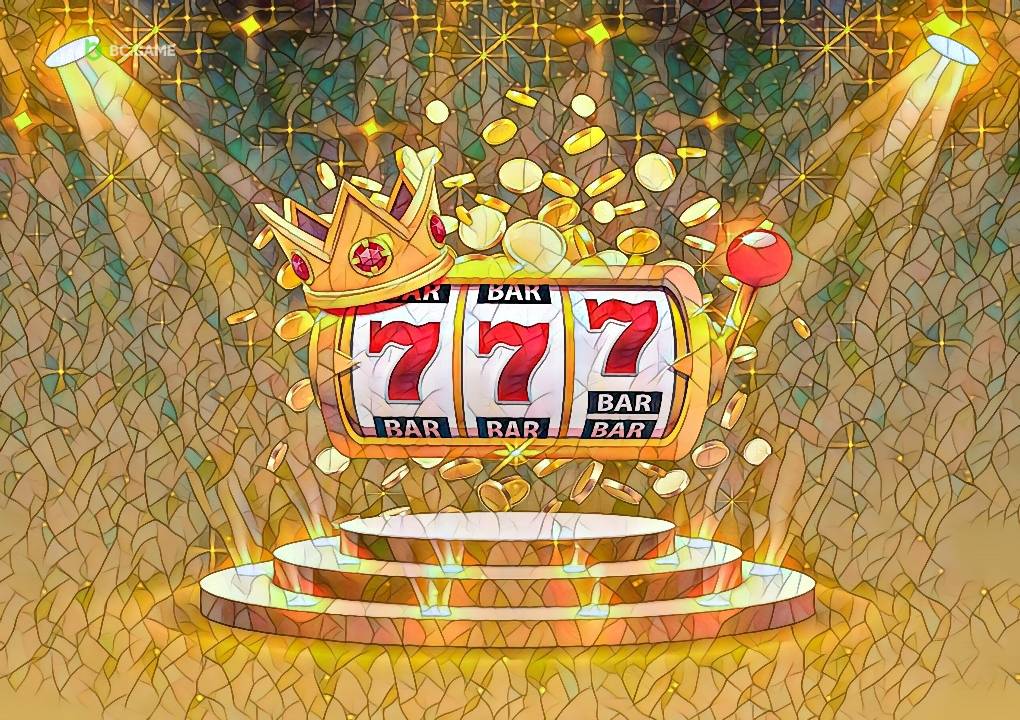 There are several land-based and online casino sites that many players have grown fond of. The most abundant game choice on both platforms is always slots. They are also the most popular betting game because of their fast and easy gameplay. Despite how easy they are, they made several players win impressive prizes.

One of the factors you might have noticed when gambling with slots is that they have impressive jackpots. It might be hard to believe, but hundreds of people have already taken massive home winnings from the slot game of their choice.

Whether you decide to play slots seriously or for entertainment, you’ll always have the chance to become one of the extremely lucky winners who won jackpots bigger than the rest. Here is a quick look at the history of slots and the biggest biggest online slot wins:

Slot games are a game of chance, so you’ll never know if you’re the next one destined to win the biggest prize. This adds to the thrill of not knowing what symbol combinations will appear after the reel spins. You only have control over the amount of wager you will place.

Several types of slots you can play, among which are progressive jackpot games. When you win in any of these games, the prize amount you can claim is mind-blowing. Such is the case for players who won massive prizes from online slots. Here are the top slot game titles known for their high payouts:

Several people have already won massive prizes by playing online slots. If you haven’t heard about online slot winners’ stories yet, here are a few ones that may make you more eager to try your luck as well:

Absolutely Mad Mega Moolah gives punters a unique approach to Alice in Wonderland, all the while having a high jackpot prize. In April 2021, a Belgian gambler won $23.6 million at the height of COVID-19. Not only is this one of the biggest wins of online casino gamblers to date, since it happened at the height of the pandemic, it became a great amount of hope to punters worldwide when the news spread worldwide.

One of the classic games with a high jackpot is Mega Moolah, a game where numerous players have won the jackpot over the years. To date, the highest win is $23.5 million by a punter who played it at Grand Mondial Casino. No other information about the winner was released, including his occupation status, but it was said he wagered $0.75 per bet and spun the game no more than 50 times. Moreover, it broke the Guinness record for the biggest casino slot jackpot winners.

The $21 million prize was won by a Finnish man in 2013 while playing Mega Fortune at a Scandinavian online casino. With the massive amount he won, he preferred staying anonymous to keep his identity safe. The only fact known from this victory is that he became one of the biggest progressive jackpot winners with a 25-cent spin bet.

The fourth entry in the list of biggest online slot winners is also from Mega Moolah. Jonathan Heywood, a young British military guy, won $19.9 million after placing a $0.25 wager. His experience proved it is possible to win the jackpot even with the minimum bet at online casinos. This became one of his biggest achievements, aside from fighting for his country. He used the massive prize to get proper care for his sick father.

The fifth entry on the list of biggest jackpot slots winners is a player from Norway in 2011, who won $17.3 million. This was massively discussed because no one expected the game to grant a ticket to lavish lifestyles. The game was a huge hit in the 2010s, making more people interested in trying it.

In 2011, a young man from Norway won $14.2 million, one of the biggest slot wins. According to the player at the time, he had trouble sleeping, so he decided to play a few slot games first. After winning the jackpot prize, he was so shocked that he couldn’t sleep.

Alexander won this from Sweden in 2015. This came off as a surprise as he didn’t expect to be one of the game’s biggest winners either.

A female player, whose initials are D.P., won the biggest progressive online jackpot on an iPad. She won this prize by simply placing a $1 deposit. With this experience, she got inspired to write a book where she shared playing the game while her husband cooked dinner.

The $7.8 million jackpot prize was won in April 2015, but there is no known info about the person who won it.

A lucky woman from Sweden bagged the $7.6 million jackpot prize in February 2012. While no other information is known about her, it was said that she broke the site records for the biggest win.

From the stories of the biggest slot machine winners, you will notice that most of the biggest paying games are progressive jackpot slots. There are several types of slots, and this one can generate big payouts for those who play it.

Technically speaking, progressive jackpots have several rounds to be enjoyed. The multipliers can be stacked up with one another, which is why their prizes can reach millions. Several software provider companies make this type of game. They can also be seen on HTTP secure online casinos.

If you are looking for exciting slots to play on sites with an excellent reputation, here are some interesting titles to check out:

Mega Moolah is the most famous slot game for giving the highest game payouts, making it known as the ‘Millionaire Maker’. In this safari-themed game, you will be welcomed by the king of the jungle and several other wild animals. With regards to its setting, it shows you a setting sun and a massive tree as its backdrop while a piece of traditional African music plays as its soundtrack.

This Aztec-themed game will take you back to ancient civilization and immerse you with great features like free games and progressive jackpots. With every reel spin, you will see symbols like golden statues, a leopard, a king, and a princess. The game logo is also used in the game to trigger more prizes.

This title is perfect for you if you love mythology and Viking-themed games. You will have a closer chance to meet the Norse Gods, Loki, Thor, Odin, and Idun. Rather than being the fierce gods they are, they will help you earn impressive prizes.

In this fruity game, enjoy neon-styled graphics that make the game more visually appealing. Fruit-themed slots are still massively popular; some are created under this type of game. When playing this game, you’ll encounter cherries, lemons, oranges, and pineapples.

Slots are a game of chance, but there are some ways to use each spin to the fullest and improve your chances of winning. Here are a few tips on how to increase your chances of becoming a millionaire from online slots:

BC GAME: Online jackpot slots has never been better

BC GAME is one of the most trusted sites where you can play your favourite slots. As a trusted online casino, it gives you several reasons to sign up and have a smooth playing experience. In case you haven’t created an account here yet, here are some reasons why you should:

Spin the reels on BC GAME slots to win the jackpot

Overall, slots are great games that can give off massive prizes each time you play. Who knows? You may be the next biggest online slot winner! Since you’ll never know when luck is by your side, it is best to keep trying your luck repeatedly until you hit the jackpot.

Jackpot slots, just like regular slots, function with a technology called the random number generator (RNG) which randomizes all the combinations.

There are no specific strategies to win an online jackpot slot, but you can be wise in handling your bankroll to avoid going bankrupt. Be familiar with the game’s rules and features to know when it’s best to cash out.

You can play online slots whenever you feel like doing so since they are available 24/7.