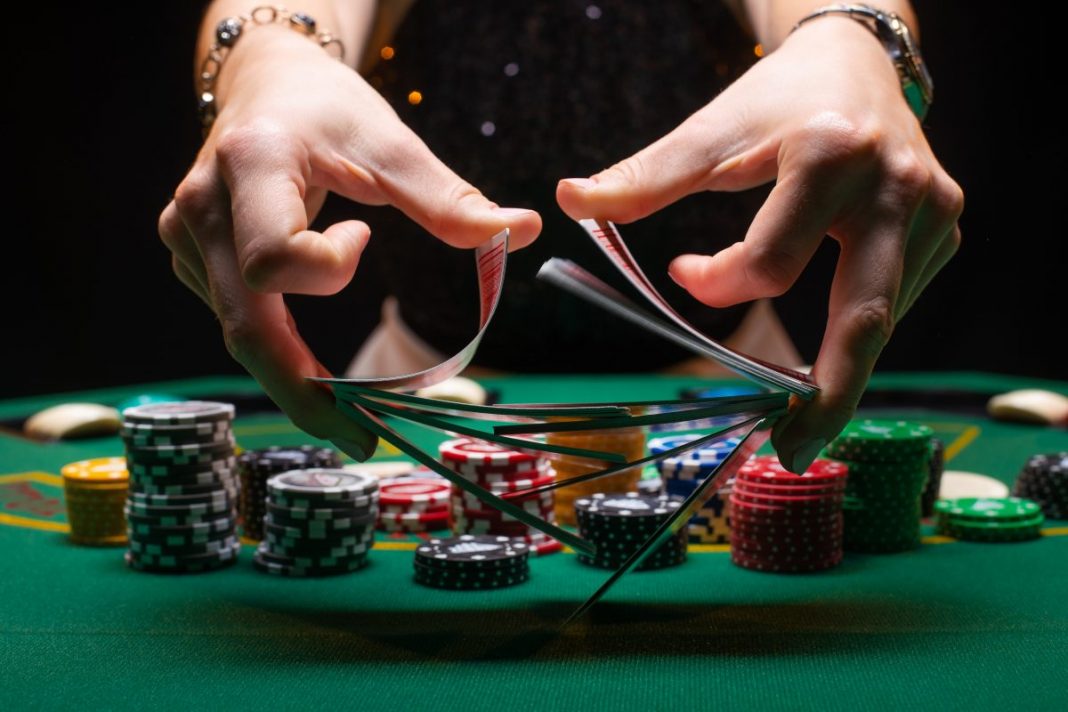 Since the invention of the internet in the 1990s, the online gambling world has come a long way. Slots, table games, live casino games, and more make up the bulk of available casino games, varying in popularity. Poker was one of the earliest casino games to make its entry into the online casino world, and it has come a long way. Today, you can play live poker and video poker online – although they have some very clear differences. We’ll be taking a look at video poker vs poker; because what’s so hard to understand about how they differ?

Texas Hold’em is the most popular poker game – online and at brick and mortar casinos. It is a good version of the game to get into when you first start out, but it’s also ideal for high rollers. Poker is fairly simple – but requires some strategy and a good understanding of the rules of the game.

Modern-day Poker likely originates from a domino-card game played by a 10th-century Chinese emperor. It migrated over to Europe, becoming Poque in France in the 17th century. From there, it was brought to the United States by French colonists, where it was anglicized and developed into the game we know today.

Since then, we’ve seen the growth of Poker’s popularity all over the world. Poker can be played for fun, for money, or even at tournaments with massive prizes. Poker migrated to the internet in the 1990s, where it split into a variety of different forms. Live poker is played online, with a dealer, with who players communicate via webcam or live chat. Video poker is played directly online – it’s just you and the computer’s algorithm.

The video poker game available at BC Game casino is provably fair, which means that all of its outcomes can be verified on the blockchain – it’s incredibly secure and ideal for high rollers and hobbyists.

There are a lot of differences between poker and video poker, many of which are not hard to see. Regular poker usually has several rounds of betting, while in video poker there is only one. You make your bet before the draw, the draw happens and the game ends.

Traditional poker has tons of strict rules and strategies, making it more difficult to control your bankroll than video poker. Video poker is less erratic, but also comes with less of a thrill. There’s something truly exhilarating about sitting at a brick and mortar poker table, and it’s totally impossible to predict (at least, entirely accurately) how the other players are going to play their cards. Video poker’s outcome rests on your card combination, and winning hands are paid according to the paytable, rather than the pot.

Players who want that thrill of sitting around a poker table should either play at a land-based casino, or in the live dealer lobby at an online casino. Video poker is simpler, and requires less strategy – but that doesn’t make it inferior to its IRL (in real life) cousin. Rather, the two games are actually incredibly different and should be played according to the player’s own preferences.

Before you start playing poker – video or otherwise – it’s important that you get some basic rules down first. While there are seemingly endless variations of poker online, the most popular is Texas Hold’em. The rules for the game are as follows:

The key differences between poker and video poker really come down to the style of play. Poker is played with other players, and it comes with more of a thrill. Video poker relies on your cards alone, and the algorithm of the machine running the game. So, which type will you choose?

Whichever you go for be sure to tap into the delightfully thrilling world of BC.Game. Not only are all their games provably fair, but they are all proprietary too, meaning you won’t find this version anywhere else.

Once in, players are welcomed to a daily free spin on the welcome wheel. Every player, every day gets one chance to spin the wheel and tap into the extensive range of rewards. Prizes are all in different cryptocurrencies and are instantly credited to your account. Players then have the option of onboarding one of over 20 different cryptocurrencies, including Bitcoin (BTC), Bitcoin Cash (BCH), Dogecoin (DOGE), EOS (EOS), Ethereum (ETH), Litecoin (LTC), Monero (XMR), Ripple (XRP), TRON (TRX). Not to mention their highly rewarding chat room…