The BC.Game Blog
Home Blockchain What is Bitcoin Mining? 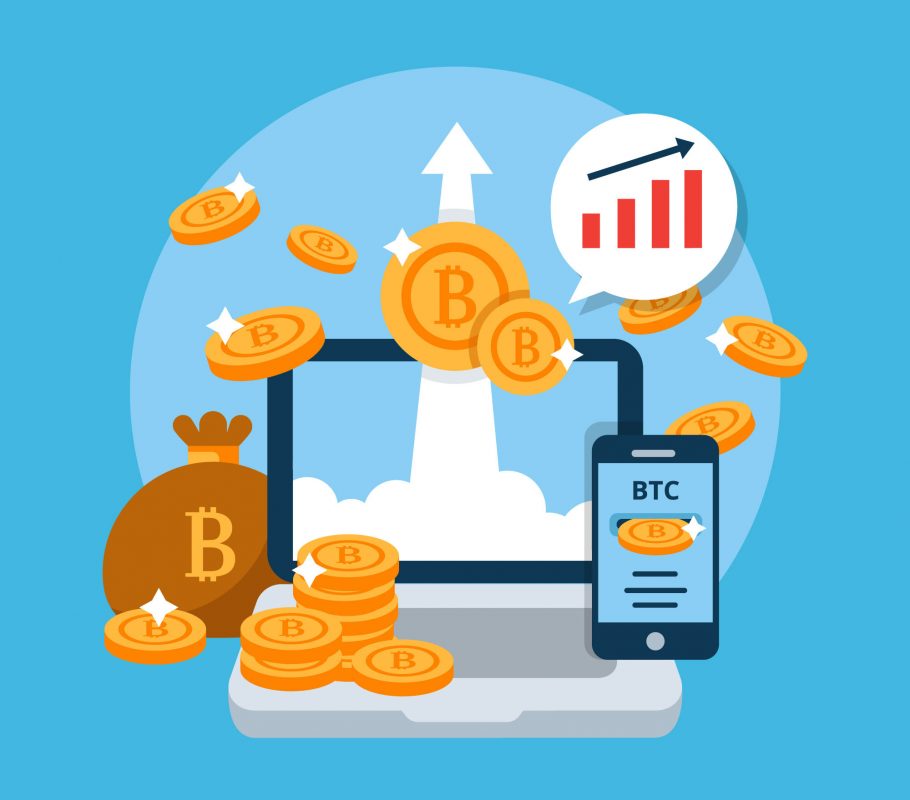 First off, it is important to understand the term mining to understand what Bitcoin Mining is! Initially, before Bitcoin became a common name, the inventor of the blockchain technology knew that for any form of currency to make headway, whether FIAT or digital it had to be globally accepted as either a medium of exchange or a means of payment.

Gradually on the process was the Initial coin offering, where participant of a particular crypto community are allowed to partake in series of activities before launch so that a particular value of the coin is distributed. This is more like what is referred to as Airdrops.

Even though there are quite a number of ways to have a hold on and possess your own coins, like buying on exchanges (Mt. Gox before closure used to be an initial major crypto exchange,  or accepting them as payment for a service or product. However, when a person decides to add transactions records to the Blockchain, it is known as Mining. The decentralised idea of Bitcoin simply implies that transactions are shared on a peer-to peer network. Once they are verified and deemed valid they are then recorded on a public database accessible by anyone known as Bitcoin Blockchain.

The blockchain is Bitcoins public ledger, where every transaction is traceable. Users in the network can as well access this ledger and confirm it. It is also a transparent media to confirm a legitimate Bitcoin transaction. So as a Miner you are serving the Bitcoin community by confirming every transaction and making sure all transactions are legitimate. Since there are miners globally it means that the process is almost non-stop and the competition is high and for every successful hash sequence the miners gets a reward.

The implication of mining Bitcoin is in twofold. Firstly computer solving complex maths on the network results in creations of more new coin. Secondly, by solving the computational math problems, the Bitcoin miners make the Bitcoin payment network secure and trustworthy by verifying its transaction information.

Talking about exchanges, it seems to be a common way of acquiring cryptocurrencies especially for newcomers or investors who are not really interested in the technology of things. In fact some of this exchanges do not sell the coins by themselves but they serve as middleman system that connects those who want to buy the coin with those that want to sell. This is however not without its disadvantage as it defeats the idea of this digital currency of decentralization and anonymity.

Some businesses are beginning to give out this cryptocurrencies as rewards for participating in their programs or using their services. For instance the BAT token is usually dished out to users who are actively using the brave browser.

Alternatively, one can get this coins from private brokers or perhaps accept it as a means of payment  for a product or service.

In actual sense every other form of getting Bitcoin are just series of coin transfer from one holder to another buyer. The only place that Bitcoin actually comes from is via Mining. There is a particular amount of this coin that is expected to be in circulation and so the process of mining would continue until the very last bit of the coin is mined. So advisably if you have a mining rig or a computer that is super fast, then there is no need holding back.

What is a mining pool?

Nowadays, everybody entering the universe of mining cryptocurrencies should contend with enormous organizations and their mining farms. As a result normally one of the main choices that each hopeful miner needs to make is whether to go solo or join a ‘pool’.

Pooled mining if simply put is the joint effort of generation of a block where different miners contribute their processing capacity. A pool has a lot greater possibility of mining a block and getting a prize. Although in such cases the prize will be divided amongst all the miners who worked towards achieving this goal. Even though the rewards will be obviously lesser than what one may earn by mining a block; many people join a pool as it is a steady flow of income.

Cryptocurrencies : A cryptocurrency is a digital asset designed to operate as an exchange medium, wherein those in possession of the particular crypto coin have records of it digitally stored in a ledger in the form of a computerised database that is transparent, secure and decentralised.

Blockchain: The Blockchain is a decentralized, distributed ledger that takes record of every crypto transaction within the network. Explicitly, it can be visualized as a string of blocks comprising of various transactions that a carried out over a period of time. Whenever a block of transactions is initiated, miners globally applying series of complex mathematical formula to the instruction on the block, reduce this information to a seemingly short random sequence of letters and numbers called Hash.

Hash: The hash is one of the unique thing on the blockchain database. They are more like fingerprints. In fact it is what makes the system secured in itself. The hash can be created from data of any kind. It is like the Proof of Work in the crypto space.

Bitcoin : It can be regarded  the father of all the cryptocurrencies, it is the first known decentralized digital asset. Others have come afterwards like the Ethereum, Ripple and Altcoins.

Mining: Many people around the world with super fast computers who check and confirm transaction hash for a crypto (Bitcoin) are in turn rewarded for this activities. However the more the coin that has been mined, the more difficult the process becomes, and unless you probably have a dedicated mining rig, the chances of getting a dime from mining now is pretty slim.

Interestingly you do not have to be a programmer to mine. The more validation of transactions you have on the blockchain the more the reward. However to prevent users from hashing thousands of transaction block each second and mining all the available Bitcoin at a go, the Bitcoin network has made the process a bit rigorous, as there are super-fast computers that may have been put to use for the purpose.

So the community introduced an economic measure used to battle fraudulent activities by requesting some work from the service requester; which implies processing time by a computer. So the process is initiated with low probability, resulting in a number of trial and error before generating a valid proof of work.

As complex as the mining world is turning out to be, owing to higher computation power required to mine, and the expense of getting the investment hardware making profit is almost becoming very difficult. It is quite competitive and you would need concrete research before investing in an hardware.