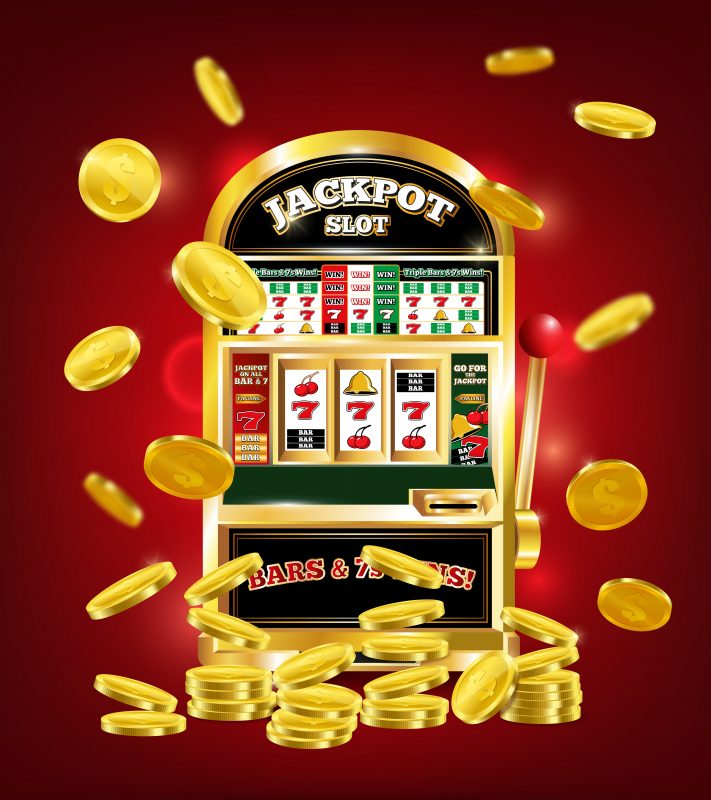 When we think about casinos, one quickly thinks of slot machines’ rows with bright lights and enticing sounds. Online casinos are no different. When done right, the two go hand in hand and are brilliantly tied together to make your gaming experience as delightful and exciting as possible. Let’s dive into 10 things you didn’t know about slots and uncover the sweet history behind these all-consuming games.

10. The First Slot Machine Handed Out Beers And Cigars

A fitting place to start in this top 10 list is at the very beginning. The first slot machine surfaced in 1893 when a car repair service wanted a way to entertain their customers while they wait. Initially, Gustav Friedrich Wilhelm Schultze invented a horseshoe the slot machine that incorporated an automatic payout mechanism. Two years later a colleague at the same San Francisco’s Electric Works released a new and improved version that actually paid out coins. Charles Fey created the Liberty Bell, the most popular slot machine at the time, named after one of the symbols in the reels. Slot enthusiasts can find the original machine in Liberty Belle saloon in Nevada.

9. The First Video Slot Machine Was Launched In 1970

Casino floors were first introduced to video slot machines in the 1970s. Revolutionary at the time, video slots are now the norm among typical online slot games.

8. The World Was Introduced To The First Online Slot Machine In The 90s

Jumping forward many years, the first online slot machine was launched in 1994 with the first online casino launch. They truly do go hand in hand. Microgaming is credited with this accolade, and the rest, as they say, is history.

7. The Biggest Slot Jackpot Win Of All Time

To this day, the biggest slot machine jackpot ever was won in 2003 by a software engineer in Los Angeles. Choosing to stay anonymous, the 25-year-old turned his $100 bet into a handsome $39 million win! The win took place on a Megabucks machine in Las Vegas. Talk about being in the right place and the right time!

6. Next Up… The Biggest ONLINE Slot Machine Win

Hopping over the pond to the United Kingdom, where the biggest online slot win has ever been recorded. A certain Jon Heywood won £13.2 million on a Mega Moolah slot machine while apparently keeping one eye on a World War 2 documentary. The 26-year-old British soldier from Crewe, Cheshire, can also credit himself as a Guinness World Records winner.

5. Slots Are Called Different Names Depending Where In The World One Is

While slots are known as slots or slot machines in America, most of Europe, and Canada, this isn’t necessarily true for the rest of the world. Heading down under, in Australia slots are often called “poker machines” or “pokies” for short.

In the United Kingdom, slots are commonly referred to as fruit machines or “fruities” for short. These are traditionally for slot machines in pubs that contain fruit symbols. In Scotland, these fruit machines are known as a “puggy”.

Japan calls their slot machines “pachinkos”, however, their slot machines differ slightly from what we might be used to. In Japan, the game is a hybrid of a slot machine and pinball, with the game commences from shooting a ball into the field of play. When the ball lands in the correct hole, the reels on the slot machine start ticking, and prizes are won for lining up the right combination of symbols.

In a casino in Oklahoma, one WinStar World Casino and Resort holds the record for having the most slot machines in one location. The 616,960 square feet of gambling dreams (spanning roughly 10 football pitches) is home to a whopping 7,471 slot machines. A dream destination for avid slot players, you might need to add this one to the bucket list!

3. The Country With The Most Slot Machines Is:

Japan! With an incredible 4.5 million machines, the Japanese casinos essentially have 1 slot machine for every twenty-eight people. The runner up is The United States with 889,070, followed by Italy with an impressive 412,252. Germany and Spain both make a list two, with 265,000 and 249,820 slot machines respectively.

The first company to do so was WMS Industries when they led players away from the reels to a second screen bonus round on the Reel ‘Em slot. Other companies soon caught on creating much excitement, and the world of slot machines was changed forever. The bonus rounds typically play off the slot’s theme, where extended storylines can magically turn into prizes.

Most bonus rounds typically fall into one of these categories:

1.  Slots With Progressive Jackpots Can Be Bigger Than Lotteries

Slots, both online and off, often have a progressive jackpot integrated into the game. A progressive jackpot simply means that the winning pool increases each time someone plays but doesn’t win. Each time the pot will increase by a small predetermined amount, hopefully building up to a sizable fortune by the time one lucky player strikes the right combination of symbols. It so happens that the casinos’ progressive slot games can often build-up to offer higher payouts than the lottery games!

These slots will typically contain more pay lines, mini-games, and extra bonus rounds due to the games’ increased complexity.

That concludes our list of slot trivia, we hope you learnt something new, or at the very least feel inspired to go give your favourite game a spin. On BC Game, the blockchain-based platform offers two unique and wonderfully entertaining slots. The proprietary games are Oriental Beauties and Saviour Swords, which will instantly transport you to a different world.