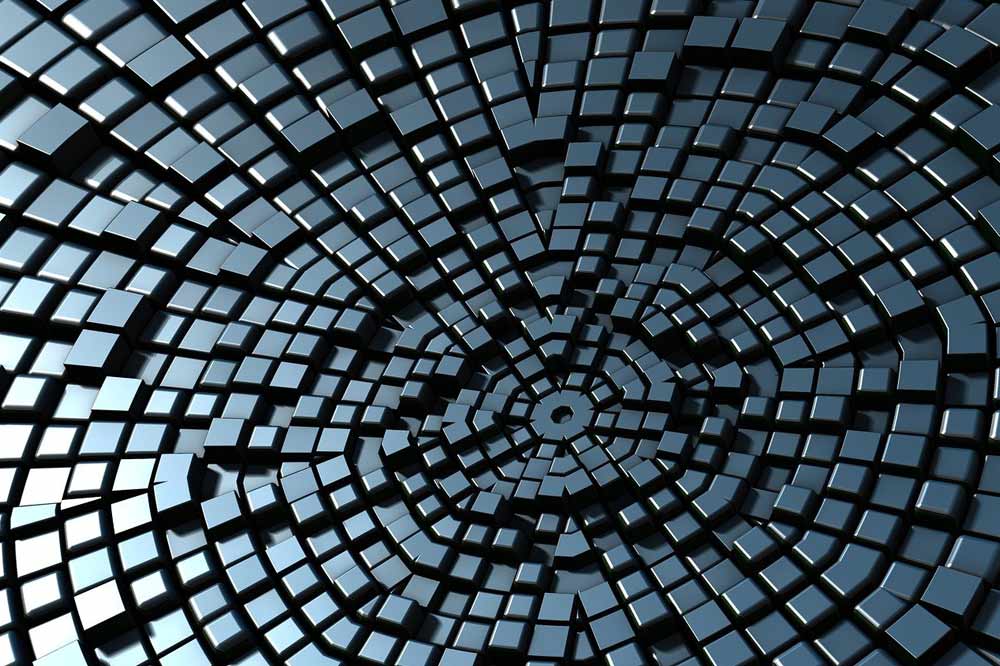 Blockchain technology works with consensus, but users cannot always agree on what is best for the blockchain, so they fork. When this happens, there is also what is known as a soft fork vs a hard fork. This article will look at what is involved in blockchain technology, including how these two occurrences come about.

Additionally, we will see how a soft and hard fork can affect the price of a cryptocurrency. Because forks can occur at inopportune times, it can result in the value of your betting buy-ins fluctuating. This can affect how much crypto you hold, whether it’s to trade, invest, or gamble at the best crypto casino.

Let’s start with some background on the blockchain.

In simple terms, a blockchain is a distributed ledger of transactions. The blockchain stores the records of transactions on the network on lists called blocks. As each block fills up with information, it is given a hash and added to the chain. The information is cryptographically encrypted, which ensures that the records are private and cannot be altered.

A network of computers is needed to store all the blocks on the chain, known as nodes. Nodes verify records before adding them to the blockchain through mining. Miners attempt to solve cryptographic puzzles to add blocks to the blockchain. And all nodes on the blockchain network need to agree on the protocol for verifying blocks. This consensus method ensures that nodes cannot change the network.

Blocks are also linked to the previous block in the chain. This means if a user changes a block, it is noticed by all users on the blockchain. This creates a trustless environment where malicious activity is exceedingly difficult to achieve.

Bitcoin is the most popular blockchain and cryptocurrency. It has the biggest crypto community and the largest market cap of all cryptocurrencies. It is also the longest blockchain. This means it is the most secure and trusted use of blockchain technology. This is because the more nodes there are on the bitcoin network, the faster users can verify blocks. Also, with more blocks on the chain, altering records is much more difficult.

Next, Ethereum is a blockchain-based on bitcoin, but with a few differences. While bitcoin verifies transactions of its cryptocurrency, Ethereum allows users to create smart contracts on the blockchain. These are lines of code with self-executing agreements. For example, two parties must add their terms to the smart contract. The contract checks on the blockchain to see if both parties meet the terms. If they do, the contract executes itself.

Moreover, smart contracts are great for developers. On the Ethereum blockchain, they can develop apps that use the computing power of other nodes on the network. These decentralised apps (dApps) allow developers to use fewer resources during app development.

Blockchains require users to have a consensus on how to run the blockchain. This includes mining protocols, block sizes, verification rules, and software updates.

When looking at soft fork vs hard fork, they are both parts of the same process. The severity of the split is the main difference.

What Are Soft Forks?

Now, the consensus between nodes is not always amicable. Miners and users could disagree on the direction the blockchain is going. If most nodes do not agree with a new direction, they could continue verifying blocks on the older or newer version of the blockchain. This could create a second line of blocks along the chain.

Users, developers, and creators use soft forks to modify the look of the blockchain, perform maintenance, or change minor rules around the technology. It does not alter the overall structure of the blockchain.

Lastly, most developers create soft forks to change a specific block’s size. They also use them to optimise the mining process. These changes are usually temporary, meaning miners can ignore the changes and continue using the older version of the blockchain.

Developers implemented SegWit on the old version of the blockchain and the newer version, meaning it was backward compatible and successfully integrated into the BTC blockchain without changing its fundamental structure.

What Are Hard Forks?

Hard forks only occur in extreme situations. It could be due to a hack, a change in mining protocols, or an attempt to alter the blockchain’s fundamental rules. The two popular blockchains, Ethereum and Bitcoin, have had hard forks.

Furthermore, if a hard fork does occur on a blockchain, a new blockchain emerges from the split. This results in a new cryptocurrency on the new blockchain. This is another main difference between soft forks vs hard forks.

Looking at a soft fork vs hard fork on Ethereum, it is worth noting that there are more of the former than the latter.

The most infamous hard fork on the Ethereum blockchain was the DAO hack. The Decentralized Autonomous Organization was created to automate funding decisions and create a platform where Ethereum users could seek funding for their projects. It was similar to a venture capital fund.

The DAO was hacked with an exploit on the DAO’s smart contract. The hacker found a way to siphon 3.6 million ether from the organisation. The Ethereum developers attempted to correct the smart contract and refund all the nodes on the network. Still, many users did not agree with reversing the hack because it would go against the principle of decentralisation and delegitimise the ETH blockchain.

The current Ethereum fork, Metropolis, is an attempt to move the Ethereum blockchain away from the Proof-of-Work (POW) protocol to the Proof-of-Stake (POS) protocol. It has three phases, namely, Byzantium, Constantinople, and Serenity.

The first phase is to make the blockchain more secure and private. Developers gradually modified privacy and security rules in preparation for the move to POS. They also optimised the usability of Ethereum.

The next phase continues the work of the first phase, but now developers begin to prepare the blockchain for POS.

Developers now begin the transition from POW to POS by using epochs (a collection of 32 blocks) to implement POS and completely split from the POW. This split will result in the new cryptocurrency, Ethereum 2.0.

The world’s most popular blockchain is not impervious to hard forks. Many of them have occurred on the bitcoin blockchain. And with a soft fork vs hard fork, the former once again comes out on top.

Users and developers who did not agree with the SegWit soft fork created a new blockchain. Bitcoin Cash emerged when bitcoin cash wallets no longer accepted BTC transactions and blocks.

Many developers and investors supported bitcoin cash after it forked, now the fourth-largest cryptocurrency in market cap. This blockchain has 8-megabyte blocks and does not use the SegWit protocol.

This blockchain occurred after bitcoin cash. Its approach to Proof-of-Work mining differed from the original blockchain. Its users claimed that expensive and specialised mining hardware like ASICs made it difficult for newer miners to successfully gain BTC rewards, so they decided to only allow mining through GPUs.

The developers also mined 100,000 coins after the fork and stored them in an endowment. They will use these funds to grow the bitcoin gold ecosystem and fund blockchain, developers.

As opposed to bitcoin gold or bitcoin cash, advocates for the SegWit2x protocol wanted users to remain on one blockchain and not split off into a hard fork. This meant there would be two BTC currencies, which might have negatively affected the cryptocurrency’s value.

Many developers and users rejected this protocol because they viewed the BTC blockchain as more than a currency but a store of value. And adopting the SegWit2x protocol would have had more disadvantages than benefits.

Ultimately, they could not reach a consensus, and the hard fork did not occur.

How Do Forks Influence The Price Of Cryptocurrency?

A soft fork and a hard fork both result in massive price fluctuations in the crypto market. For example, a whale might take advantage of a hard fork if it had prior knowledge.

First, they would buy as many coins on the original blockchain as possible. The fact that they buy up large sums of coins affects the market price of that cryptocurrency.

Next, the whales receive rewards on the blockchain with a 1:1 ratio of coins. For example, they would receive the same bitcoin cash value as bitcoin at the time of the split. But this can only occur if the entire blockchain is cloned.

Finally, the whales sell off all their coins on the new and old blockchains. This would result in the prices of coins crashing. But it will recover as the market settles.

To summarise, hard forks happen when users disagree on the fundamental changes to the structure of a blockchain and do not adopt the updated blockchain. A new cryptocurrency emerges from the fork, and the price of the older crypto might crash right after the fork.

Soft forks are only minor changes to a blockchain and do not result in a new blockchain or cryptocurrency, but they can also cause the existing crypto to crash.

Finally, severity and agreement are the deciding factors between soft fork vs hard fork.