The BC.Game Blog
Home Beginner Guides Online poker 101: Everything you need to know to start playing 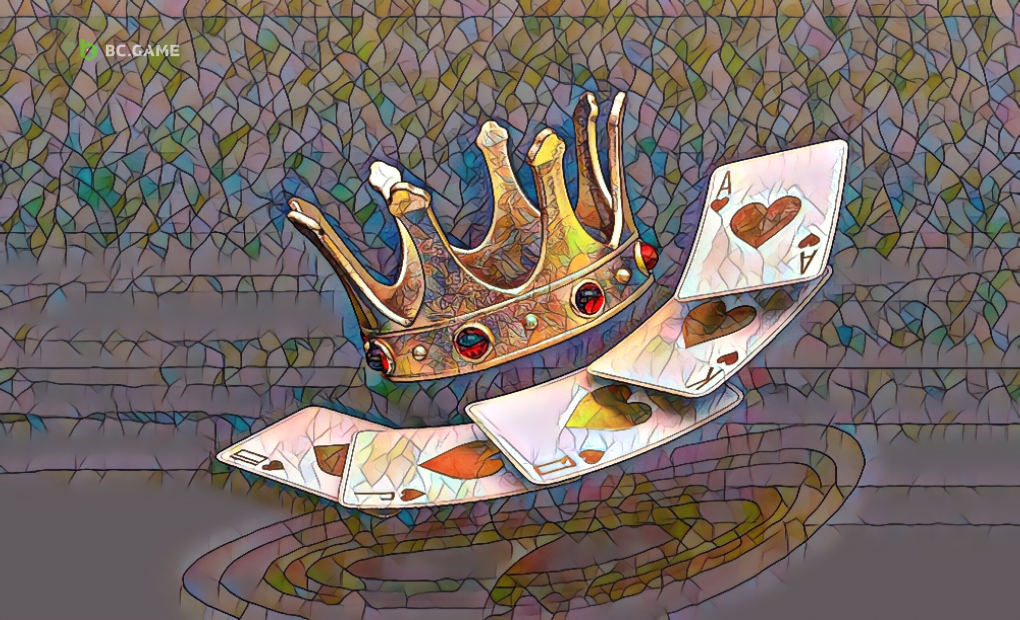 Many see poker as a complex game, but that’s only true because of how intense multiplayer table games can be. It’s one of the simplest games you could try at any casino, especially online gambling sites like BC.Game. You have to remember a handful of rules and several possible actions.

What makes poker complex is how it factors player input into your odds of winning. You ultimately decide whether to invest in the cards you have on hand or try your luck another time. To clarify everything, here is everything you need to know about poker:

What kind of poker games can you play online?

The first and most crucial factor is determining the type of poker game you are playing—online gambling sites like BC.Game, feature several different versions of the iconic table game. Most of them are inspired by already-existing games, while others are created by game providers exploring the potential of the browser-based gaming platform.

If you are starting to learn how to play poker, you can never go wrong with the most basic game available. The best way to learn is to memorise winning hand combinations, and video poker is an excellent exercise. It features a digital interface where you get a starting hand of five cards after you place your bet.

The first five cards you get is your starting hand, and you can choose 1 to 5 of them to keep. Place another bet and replace the cards you didn’t select with random new ones. You can do this twice after the initial draw, and any winning combination formed in those instances counts.

Some versions of this game at BC.Game are between you and the house, which means there will only be two hands on the table, and your goal is to be the better hand. You also have an advantage because you dictate whether to play or fold, giving you complete control over your prize and losses.

Caribbean poker (or Caribbean stud poker) offers a more challenging format, albeit just as simple as Texas Hold ’em. You are given five cards after paying the ante, which forms your five-card winning hand until the end of the round.

The cards in your hand are all revealed, but the dealer’s cards are facing down. Winning pays you both the play and buy-in ante 1:1. You can fold if you don’t think you have a solid hand to avoid losses. If you feel confident in your hand, press play to double the ante, and the dealer reveals their side.

Joker Poker is video poker with two copies of a card called the ‘joker’ added to the deck. It follows the same rules where you buy in to get five cards and pay for the subsequent few bets while only replacing a few of them to keep winning combos. The difference is that you have a much better chance of winning, thanks to the joker.

Every winning combination works the same way for all cards, but the joker can act as a wild card in slots. If it’s on the hand, it can replace any card to form the highest-paying winning hand possible.

Unlike most other poker games, Side Bet City from Evolution offers an experience unique to live table games at an online casino. You have to place your stakes at any of the four options, namely 3 cards, 5 cards, 7 cards, and all lose.

Basics on how to play poker for all versions

Poker is a simple game, but it’s worth noting that you can’t pick it up everywhere. Thus, there are a lot of people who don’t know how to play because they haven’t encountered it. There are only three factors to keep in mind which are the winning hand, what counts in a combination, and what actions you can take as a player on a table:

The most critical factor in poker is the winning hand hierarchy, where there are 10 known combinations arranged from best to worst by rarity. Each card is identified by its rank (number or letter) and the suit (shape and colour).

Spades, clubs, diamonds, and hearts make up the suit equal to each other. A winning hand consists of a combination of cards based on both factors. Ranks range from 0 to 10 in ascending order, followed by Jack, Queen, King, and Ace as the top four. Here they are below, arranged in descending order:

All combinations can come in various ways, resulting in a tie. When that happens, the tied hands must compare each other on who has the highest valid card(s) in their hand.

In the case of a high card, it has to be whichever one has the highest rank. For pairs, three of a kind, and four of a kind, the players compare the more valuable set of cards forms whose winning hand. The rest remain as a tie, and you split the pot with the opponent.

How hands are formed

Hands are formed depending on the type of game you are playing. Caribbean stud and video poker give you all five cards, which will be your only resource for making a winning hand. For Texas Hold’em, you get two cards in hand called a hole which you must pair with the cards on the table called the community board. You win if your cards in the hole make the best five-card winning hand in a round.

The game begins as soon as you pay the buy-in ante, which will then have the dealer give you your cards. Once you get your hand, you have the information you need to decide what to do next. Playing will have you pay an additional ante equal to the buy-in, but folding lets you pass on paying, but you end your chance of winning. You can take these basic actions for any online poker game at BC.Game.

Other than these options, you can also pay an ante for side bets. These let you bet on a more specific outcome, like getting paid based on the combination of the hand-formed or whether the sum of the cards reaches a particular total. They are one of the more advanced parts of how to play poker, but the payout is usually twice the total ante or more. You still have to pay the main buy-in to get a hand in a game, but they are worth every penny at stake.

No. The poker games you can play are typically between you and the house. You can share the same hand with other players at a live table game, but you will have an independent bet and set of decisions. Thus, only you get to win if you’re the only one who makes the right calls.

Yes. Learning how to play poker is one of the few time investments a gambler makes for easy cash.

Q: What’s the best way to win a poker game?

The best way to win at poker is to memorise the winning hand patterns. Doing so will hint at the likelihood of each combination winning, shaping your intuition into a reliable factor in deciding whether to play or fold.