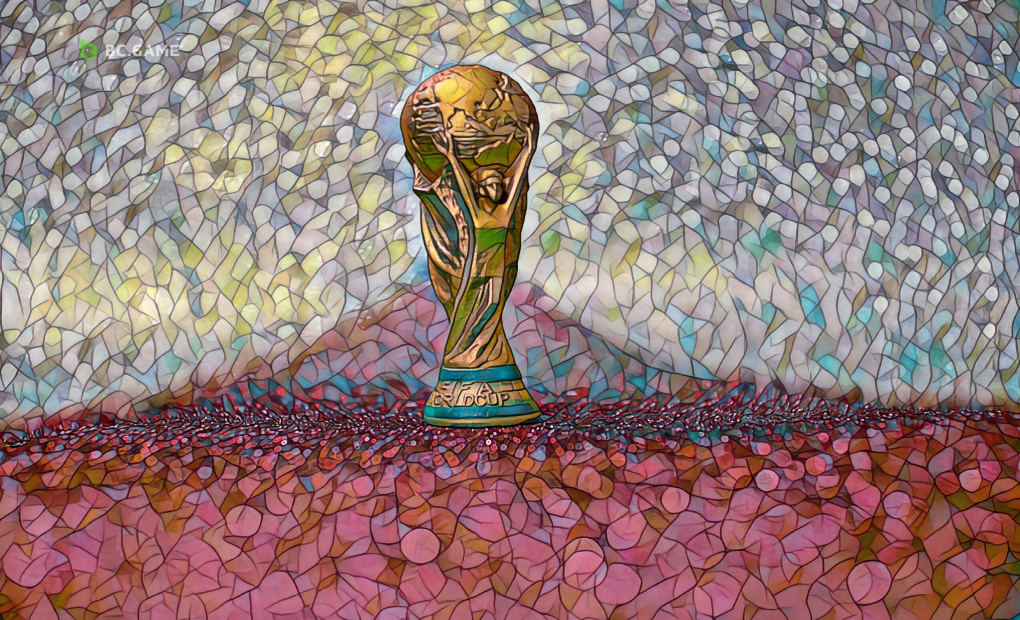 The FIFA World Cup has been among the best football events in the world since 1930 and is managed by FIFA. It garners many participants and has the biggest prize pool in the football scene.

In the World Cup, the qualified men’s national football teams participate in the event to secure the title. Now that the FIFA World Cup 2022 is fast approaching, fans are excited to see how the games will unfold and which teams and players will steal the spotlight.

With a sports event as big as the FIFA World Cup 2022, many fans are eager to support their top teams and players through sports betting. Thanks to technology, supporting sports leagues through online betting sites such as BC.Game is also easier.

Before diving into the top players to watch out for in the FIFA World Cup 2022, find out what happened to the previous World Cup here at BC.Game.

How did the previous World Cup go?

The 2018 World Cup was successful, with France winning the championship after defeating Croatia in the championship game. Not only were the matches of the highest calibre, but new stars were created at this event, making it one of the greatest of all time.

At the World Cup, players such as Kylian Mbappe, Harry Maguire, and Benjamin Pavard stole the spotlight from their respective teams. The most notable player who came out of the fold is Mbappé.

Mbappe suddenly transformed from a potential player to a prospective Ballon d’Or candidate with his performance at the France World Cup. His performance in France gave him the chance to become a superstar.

In the 2018 World Cup, Germany was the favourite to win. The reigning champions were eliminated from the group stage, as Sweden and Mexico proceeded to round 16. It was one of the most unexpected results in World Cup history.

Who are the top 8 players in this year’s World Cup?

Throughout the prosperous years of the World Cup, many players shined and remained in the hearts of football fans due to their exceptional skills and play. Now that the FIFA World Cup 2022 is just around the corner, fans are keeping an eye out on the best players who are likely to bring pride and success to their teams and countries.

Some of the top players at FIFA World Cup 2022 are:

At the top of the list is the six-time Ballon d’Or winner Lionel Messi. He is considered one of the best players in football for a reason. His skills are not limited to merely scoring goals—he is also instrumental in the success of his Barcelona colleagues.

There is a single-season record for assists that Lionel Messi shares. In the 2019 to 2020 season, he tied Thomas Muller for the team record with 21 assists. He also set a La Liga record with 193 assists, making him the most prolific assist producer in the competition’s history.

The 2018 Supercopa de España trophy was also won by Lionel Messi, surpassing his old teammate Andres Iniesta. Winning the 2021 Copa del Rey, he scored twice in a 4-0 victory over Athletic Bilbao in the final.

Cristiano Ronaldo is widely considered to be among the sport’s all-time greats. He has been named the league’s top scorer four times, earning him the prestigious Golden Boot trophy and the best player in the world five times by winning the Ballon d’Or. Ronaldo has won both of these honours more than any other European player.

Robert Lewandowski has been an unstoppable player for Bayern Munich, considering he scored in his last 19 games and shows no signs of slowing down. Lewandowski is widely regarded as the front-runner for this year’s Ballon d’Or.

The Polish striker won the Bundesliga Top Scorer Award seven times, making him one of the most successful players in the league’s history. He has played 384 games for the Bundesliga, scoring 312 goals, second most all-time after Gerd Muller’s 365 goals in 427 games.

The football industry is still stunned by the remarkable potential of Kylian Mbappe. His clinical finishing, dribbling, strength, and explosive speed have earned him a reputation as one of the best players on the planet.

Despite being among the youngest football players, Mbappe has made notable achievements throughout his career. Each year, Mbappe’s FIFA statistics got better and better. Mbappe earned his senior team debut for France in 2017 at 18.

He scored in the 2018 FIFA World Cup Final, making him the youngest player to ever score in a World Cup Final for France and only the second teenager ever to do so. It is also worth noting that Mbappe scored two of France’s tournament-winning goals and was named the tournament’s Best Young Player and France’s Player of the Year.

One of the top players in the past several seasons has been Kevin De Bruyne. The Manchester City player was named PFA Player of the Year after leading his team to another league championship in 2021.

He can pass through the needle’s eye and be considered with his ratings. Kevin De Bruyne played in 214 games in the Premier League in 2015, scored 58 goals, and dished out 89 assists.

Atletico Madrid’s goalkeeper Jan Oblak has been a constant presence in football events. His skill as a goalkeeper is well-recognized, as seen by his several Goalkeeper of the Year awards. Oblak has repeatedly saved Atletico Madrid thanks to his incredible efforts and performances.

Injuries have interfered with Neymar’s career ever since he left FC Barcelona. However, his playing ability hasn’t been hindered by these injuries. Neymar has contributed to the games whenever he has the opportunity to do so.

One of his many notable achievements was in 2009, when Neymar scored 11 goals to lead all scorers in the Brazilian Cup and earn the title of Tournament’s Most Valuable Player. On the other hand, Neymar led Brazil to a Confederations Cup title in the summer of 2013, just before he signed with FC Barcelona. He scored the game-winning goal against Spain and was voted the tournament’s most valuable player.

Harry Kane’s football career’s most remarkable season was in 2021. In the Premier League, he finished first in both the scoring and the assist charts. Kane performed well in the past seasons, so it’s not surprising that he would receive a raise following a solid individual season.

Many expect Kane to do well in FIFA 2022 due to his consistent performances. The striker has scored 30 goals in three seasons for Tottenham, attesting to his reputation as one of the best goal scorers in the Premier League. Despite not winning any trophies as of yet, Kane is one of the best players to watch out for in the World Cup 2022.

The award was first called the ‘Best Player Award’ in 1982. Since then, France and Adidas have become the official sponsors of the Golden Ball award.

The best players who won the Golden Ball award in the FIFA World Cup matches are:

How is the Golden Ball award winner chosen?

Aside from the Golden Ball winner, there is also a Silver and Bronze Ball winner. The Silver Ball winner gets the award after placing second. Meanwhile, the player who finishes third gets the Bronze Ball Award.

The player’s defensive prowess, stats, leadership, and team contribution are considered when voting for the winners.

The World Cup 2022 is filled with talented players and competitive teams making it one of the most anticipated sports events in the world. Despite several skilled participants, some groups have bigger chances of winning than the rest of the pack.

Some of the World Cup 2022’s team favourites are:

Brazil has been a significant force in football for a long time, making them the top favourite in the World Cup. They hold the record for the most victories in soccer history with five World Cup victories.

Despite not being the top team in the past few World Cups, for FIFA 2022, Brazil is set to be a difficult team to defeat, thanks to their fantastic performance and notable players. Neymar, Brazil’s captain, is one of the team’s anticipated players with more assets at his disposal. The team also has more elite players, including Marquinhos, Alisson, and Thiago Silva, who are the main stars of the team’s defence.

Some people may not think highly of England because they finished fourth in the 2018 World Cup. But after that run, they are determined to top the leaderboard again. Jordan Pickford, Harry Maguire, and Harry Kane are the critical members of the core group of the 2018 team.

With players like Bukayo Saka, Jude Bellingham, and Jadon Sancho emerging as top choices, England has been infused with youthful enthusiasm for the Word Cup 2022.

France is the defending World Cup champion, so they have much to live up to. They mostly kept the same core that helped them win in 2018. It is also notable how they have grown and significantly improved since then.

One of the reasons for the team’s outstanding performance is the team’s manager Didier Deschamps. France continues to focus on incorporating his style of play as they pave their way to the World Cup 2022.

Deschamps enjoys coaching a squad that plays more conservatively but can turn aggressive quickly. Mbappé and Karim Benzema, who precisely embody what Deschamps wants from his team, will be the catalyst for their offence.

If your team includes a player of Lionel Messi’s calibre, the odds of winning the World Cup are high. Argentina has a recent title to draw confidence after winning the 2021 Copa America. Not only is this team full of talent, but they also work well together, making them one of the finest in the world.

FIFA World Cup 2022: The biggest sports event of the year

The World Cup 2022 is set to be the biggest and most successful event of the year, thanks to the best players and team favourites who are part of the event. With lists of the top teams and top players at FIFA World Cup 2022 emerging, fans are excited to give their all-out support through betting sites like BC.Game.