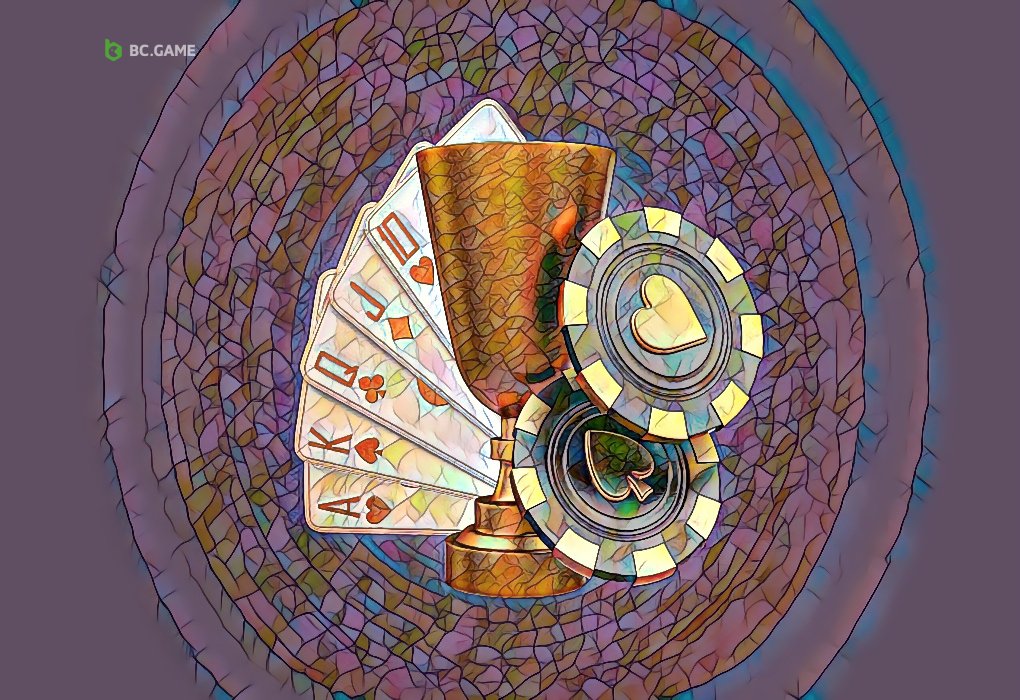 Poker is one of the most popular games in the casino industry. Many enjoy the game because they can make quick money with it casually. Meanwhile, others play it at a professional level. Poker can become competitive due to the skill players need, but it is still factored in.

Thousands of gamblers from different parts of the world come and compete in the World Series of Poker tournament held annually in Paradise, Nevada. This main event has a huge prize pool for the lucky winners.

What are the biggest online poker wins?

Playing a poker game to win big has become a popular way to make a quick buck, but if you want to win big, there are other means. Participating in a poker game  competition is one of them. Some of the biggest poker wins ever in history originated from tournaments. One of the most popular tournaments is the World Series of Poker.

If you are looking for some inspiration to participate in one, here are some of the biggest poker wins in history:

The first biggest poker win on the list is by Hong Kong’s Elton Tsang. His name is forever etched on this list for winning a prize money of $12,248,912. This happened in October of 2016 when the poker tournament ‘The Big One for One Drop’ came back as a five-day high-stakes cash game. This tournament festival was made for rich recreational poker players. Tsang went in to compete, not expecting to take home a big bag of money as a winner that would change his life forever.

The next big poker win on the list is by Dan Colman, a professional online poker player. Having to beat 42 other players, Colman was the lucky poker player that brought home a total of $15,306,668 that day. During the last game, the last-hand decision made by Colman changed his online reputation as he won the pot against Daniel Negreanu. Despite losing, Negreanu took home an impressive $8.29 million.

Aaron Zang is next on the list to win poker after his win at the 2019 Triton Super High Roller Series. Known as a Chinese high-stakes professional poker player from Macau, other players did not bat an eye seeing Zang participating in the Charity event in London, United Kingdom. As a player with a unique experience in poker, Zang’s win did not surprise many as he walked away with a total of $16,775,820 at the end of the tournament. This was after striking a deal with American superstar Bryn Kenney.

Antonio Esfandiari deserves the next spot on the biggest online poker wins list after winning the World Series of Poker event in 2012. The professional high-roller poker player etched his name in history after beating Sam Trickett in an impressive match of skill and luck. After some decisive rounds, Esfandiari went home with a whopping $18.35 million. Winning this much is an achievement in the industry, as it is one of the highest single-pocket payouts in the history of poker tournaments.

#1. Bryn Kenney wins the battle for the number one spot

Finally, number one on the list of online poker big wins is by Bryn Kenney, a professional American poker player. Kenney has broken many records beforehand and continuously sets the bar higher for other poker players. Competing in the Triton Super High Roller series, which had a prize pool of $73,993,800, a total of 54 players played in the tournament. After beating a huge pool of competitors, Kenney won the highest single payout in poker history. With this win, Kenney overtakes Justin Bonomo, another professional poker player, to top the all-time money list in August 2019.

Compared to other casino table games, Poker holds some of the best events in the world. Besides the annual tournaments such as the World Series of Poker, some championships are held to prove which poker player deserves the grand prize at the end of it.

Participating in a poker event is a challenge in and of itself. Practice and gaining player experience through matches will improve your game skills. After participating in a sufficient amount of games, you can try your hand at a poker tournament. Here are some of the biggest ones in the world:

One of the biggest poker tournaments in the world is the World Series of Poker (WSOP). It is an annual event hosted by Caesars Entertainment in Paradise, Nevada. Created in 2004, the WSOP is a series of tournaments that only invite the best-known poker players in a test of skill and luck.

The first variant of the tournament had Benny Binion as the host. A winner was then determined by a secret ballot of the seven players. Today, the WSOP is one of the most attended poker tournaments in the world, as hundreds look forward to it every year.

PokerStars host another popular poker tournament. The online casino holds the World Championship of Online Poker (WCOOP) annually every September. Played online, the poker matches are held on the host’s site. Over time, the tournament is now known and considered to be the biggest online poker tournament.

The $12,783,900 in prize money awarded across the fifteen WCOOP events in 2005 made it the third-largest poker series overall in 2005 and the largest online poker event in history.

No-limit Texas Hold ’em and Short-deck are the two primary poker variations that are the focus of the Triton Series. Standard No-Limit Hold’em hand rankings apply, except that flush triumphs over a full house.

The Big One for One Drop is a No Limit Texas Hold ’em tournament with a $1,000,000 buy-in held at the World Series of Poker (WSOP). When it was introduced in 2012, it broke records for the largest single payout and the highest buy-in in poker tournament history.

The tournament is renowned for its charitable contributions because each player’s buy-in of $111,111 is given to the One Drop Foundation, a global non-profit focused on water initiatives and founded by Cirque du Soleil founder Guy Laliberté.

Another big poker tournament is the World Poker Tour (WPT). Since its creation in 2002, the WPT has operated a series of international poker tournaments. WPT Main Tour stops winners are awarded a membership to the WPT Champions Club.

Who are the biggest poker winners?

While some players were lucky enough to win the big pot from a single tournament, some have accumulated millions that have made them the biggest poker winners over time. These professional poker players have participated and made bank. Although the prize and award may vary between competitions, these players could make do and continuously accumulate their total earnings.

With this, here are some of the biggest poker winners who have won several matches in their career time:

A former Magic: The Gathering player from the United States, Justin Bonomo now plays high-stakes poker professionally. On February 19, 2005, when he finished fourth at the French Open in Deauville, France, during the first season of the EPT, he made history by becoming the youngest player to appear at a televised final table. By 2022, Bonomo had earned $58,954,124 in live tournament winnings. Thanks to this sum, he holds the record for the highest live tournament earnings.

American poker player Bryn Kenney hails from Long Beach, New York, and is a poker professional. Before switching to poker, Kenney played Magic: The Gathering in a competitive setting. At the East Coast Poker Championships in 2007, he won his first real poker money, which has pushed him to continue playing the game. Now, Kenney has won more than $57,200,000 in total.

Daniel Negreanu is a Canadian professional poker player who has won two WPT championship titles in addition to six WSOP bracelets. Negreanu was named the top poker player of the ten years by the independent poker ranking service Global Poker Index in 2014. With over $49,000,000 in total winnings as of 2022, he is the third-largest live tournament poker winner of all time, just behind Justin Bonomo and Bryn Kenney.

Stephen James Chidwick is an English professional poker player based in Deal, Kent. In 2008, Chidwick began playing live poker tournaments. From there, he has participated in several poker tournaments and events. One is the Pot Limit Omaha High roller event, where he earned more than $1.6 million.

After winning more than $44,665,132 in live poker tournaments, he ranks first on England’s money list and eighth on the all-time money list.

American professional poker player Erik Seidel hails from Las Vegas, Nevada, and has won a World Poker Tour championship and nine World Series of Poker bracelets. He was admitted to the Poker Hall of Fame in 2010. Seidel finished second to Johnny Chan in the 1988 World Series of Poker Main Event, his first major poker event. Seidel is currently ranked #5 in total earnings from live tournaments, with over $42,218,044 to his credit as of 2022.

Advice: The best strategy to win at online poker

Poker online requires skill and luck to win. To score an online poker win, you can employ a strategy to increase your odds of winning more games. Luckily for you, tons of tips and advice will help you become a winning player. One of the best strategies to use when playing poker is proper bank management. This strategy will help you decrease the chances of losing money unnecessarily. Other strategies include the Martingale Strategy and a conservative strategy.

Now that you are ready to play some poker, choosing a reliable online casino is important. BC.GAME has been an amazing choice for players around the world. They have tons of poker tables to participate in. Besides this, their site offers many features, such as bonuses and active customer support. They aim to offer a great user experience by keeping their customers satisfied. Their reputation as one of the leading online casinos in the market is one of the biggest reasons many continue to play on their site.

Try your luck at a poker tournament

Poker is intimidating at first, but as you continue to play the game consistently, you will get the hang of it and earn your first win online poker soon enough. Make sure not to forget to employ strategies during your games at BC.GAME to increase your chances to win poker online.

Who has won the most money in online poker?

With a whopping total of $19,242,743, Phil Ivey has won the most money in online poker. Ivey is an American professional poker player who has won several WSOP titles in his career.

Who lost the most in online poker?

It is estimated that Guy Laliberte lost over $30,000,000 playing online under different aliases.

Who is the greatest poker player in history?

It can be argued that either Justine Bonomo or Bryn Kenney are the greatest poker players in the world. Having won several poker tournaments in their lifetime, they are neck and neck in terms of their total earnings in their professional careers.

How to read baseball odds?