The BC.Game Blog
Home gambling Crypto Ransomware and Malware: What Are Your Security Risks? 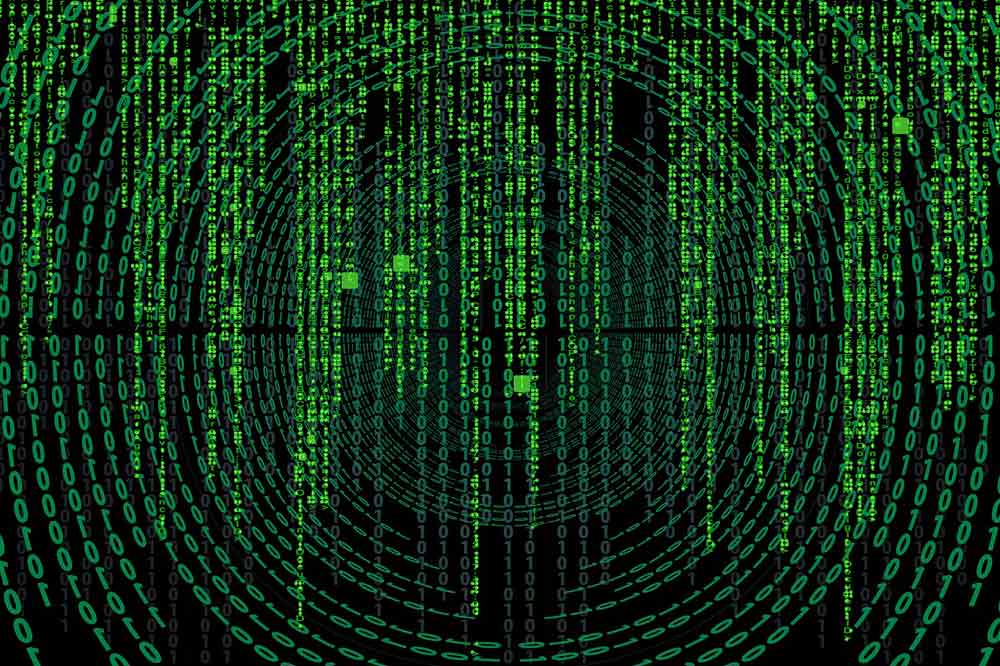 Malware and Ransomware pose a significant threat to your online security and can potentially cost you a lot of money. Crypto Malware is a term that describes malicious software that is designed to gain access to your computer without your knowledge. It can manifest itself through spyware, keyloggers, viruses, worms, or any type of malicious code that infiltrates a computer.

Crypto Ransomware is a type of malware that has the ability to lock your information and will typically extort money from you in order for you to recover and gain access to it.

Knowing about these malicious threats is especially important to players at a bitcoin casino as well as anyone who enjoys bitcoin gambling. Unfortunately, they can be susceptible to attacks. The creators of the harmful software have unscrupulous intentions and usually target those users who are known to have money readily available. Online gamblers can be easy targets if their connection to the internet is not secure.

Once ransomware infiltrates a computer or network, the malware restricts access to the system or encrypts the information on it. Cybercriminals then proceed to demand that the user pays a ransom in order to regain access to their computer or information.

Essentially, crypto ransomware encrypts valuable files on a computer so that the user cannot access them, leaving the person in a helpless situation.

There have been many famous crypto ransomware attacks that have targeted unsuspecting users. We delve into some of them to help you to learn the differences between each type, how dangerous they can become, and the devious techniques used by cybercriminals.

This malicious scheme was first identified in 2018 and was dependent on an affiliate program that incentivized the spread of the ransomware in return for a share of the crypto ransom payments.

The technique behind this attack is commonly referred to as Ransomware-as-a-service (RaaS). Kraken Cryptor was linked back to a bitcoin casino that had little in the way of identity verification protocols, which cybercriminals then took advantage of by using it as an ideal money-laundering platform.

Locky is a variation of crypto ransomware that was released by cybercriminals in 2016. It is particularly effective in encrypting over 160 types of files that are mostly used by testers, designers, engineers, and developers.

It is usually spread by tricking users into installing the software through fictitious emails with infected attachments. This transmission method is known as phishing.

WannaCry is a ransomware attack that was released by cybercriminals in 2017 and spread across 150 countries.

It was intended to exploit weaknesses in Windows and focused on hospital trusts in the UK. It locked out users and demanded ransom payments in bitcoin, causing financial losses of an estimated US$4 million globally.

Bad Rabbit targeted insecure websites in 2017 and spread using a technique called a ransomware drive-by attack. With the drive-by attack, a victim typically visits an authentic website and doesn’t realize that they become compromised by a cybercriminal.

Very little action is required from the user besides browsing the compromised page. They are usually infected when they click to install something that is actually disguised malware. This is commonly referred to as a malware dropper, which is what Bad Rabbit did by using a fake request to install Adobe Flash that spread the infection.

Ryuk was released by cybercriminals in 2018. It primarily incapacitated the Windows System Restore function, which made it impossible to restore files that were encrypted without a backup and encrypted network drives.

Ryuk devastated many US businesses and received ransom amounts of over $640,000 in 2018.

Troldesh consisted of spam emails that were infected with attachments and links. The attack spread in 2015, and cybercriminals communicated directly with their victims to demand ransoms over email.

The attackers went as far as offering discounts to victims with who they had conversed with for long periods. This was frowned upon by authorities who believed that negotiating with cybercriminals only encouraged their devious behavior.

Jigsaw used an image of the puppet from the film franchise, Saw, and spread its Ransomware attack in 2016.

The attack got progressively worse as more of the victim’s information was deleted the longer the ransom was left unpaid. The significance of using visuals from a horror movie was intended to cause further distress to its victims.

CryptoLocker spread in 2007 via infected email attachments. This crypto ransomware infiltrated a user’s computer, located valuable files to encrypt, and proceeded to demand a ransom to unlock them.

Law enforcement authorities managed to curb this intricate scheme and intercepted the ransomware data, unbeknown to the criminals. An online portal was securely created where users could unlock and release their data without having to pay anything to the criminals.

Petya was released in 2016. This malicious scheme attacked a user’s entire hard drive by encrypting the Master File Table. This made it impossible to access files on the hard drive.

GoldenEye was actually a reappearance of Petya and made a global attack in 2017. It targeted important oil producers and many banks with the same malicious attack on entire hard drives by encrypting the Master File Table.

This ransomware attack threatened users on a personal level as it dared to expose its victim’s habits of watching pornography online.

It spread in 2018 and claimed to have unprecedented access to a user’s webcam. In exchange for not making any compromising footage publicly available, people had to meet the demands of the attackers

A No More Ransom Initiative saw a collaboration between internet security providers and the police. Together, they developed a ransomware decryptor to extract each victim’s sensitive data from the devious hands of GandCrab.

Ransomware manipulates software in order to exploit users or organizations for financial gain. A key part of this software manipulation is for the cyrpto ransomware to gain access to the files or system that it will hold ransom. This access is made possible through infection or attack vectors.

Malware relies on specific entry points, referred to as vectors. Cybercriminals know that there are many ways for systems to be corrupted and consequently ransomed. In light of this, they plan an attack or infection vector that is intended to infiltrate a system.

A classic technique of fraud used to distribute crypto ransomware is when cybercriminals send a convincing reason for organizations to open malware masked as an urgent email attachment.

If an invoice is sent to an organization, it will probably be opened to identify its contents. This deceptive tactic allows the software to get access to files and systems.

While receiving the email in your Inbox will not activate an infection, the email attachments that are consequently downloaded or opened will lead to the infiltration.

Quite often, emails are created using social engineering methods to bait the recipients into downloading attachments and opening links.

They use this tactic by creating an account that mirrors one of the friends of the victim. These fake accounts are used to send messages that contain links or file attachments to the user. Once the user opens these links or downloads the attachment, the ransomware can infiltrate and lock specific networks that are associated with that particular device.

Cybercriminals use crypto ransomware with pop-ups as their vector. These pop-ups are creatively developed to represent commonly used software by the user. Users are more inclined to engage in messaging from software that they are familiar with.

In light of this, they are more comfortable with following instructions and being compliant with the directions of the pop-up. Essentially, the software can infiltrate undetected with devastating consequences.

It is a common tactic by cybercriminals to deliver crypto ransomware through exploit kits.

Typically, these are toolkits that are strategically set up by attackers on websites. These kits, such as Nuclear, Angler, and Neutrino, evaluate each website visitor’s device in search of vulnerabilities that they can exploit.

Once a weakness is identified and exploited, the exploit kit proceeds to download and operate crypto ransomware on the device.

What Happens Once A System Has Been Infiltrated?

If ransomware finds a way to breach your device, it targets and encrypts specific files.

Once the encryption is complete, a message with the ransom demand will appear. The ransom amount varies, and payment is usually requested only in bitcoin or a similar cryptocurrency.

Cybercriminals are quite specific with their instructions on the ransom payment and typically apply pressure by enforcing a specific time-frame for delivery of payment.

How To Respond To And Recover From An Attack

Should you find yourself under a Ransomware attack, there are ways to limit the damage, including:

Once you are convinced that the infection is restricted, you can attempt to remove it, recover your device, and salvage the data stored on it.

Oftentimes, it is easier to wipe your device clean, reinstall your operating system, and recover your data from cloud backups.

To avoid a recurrence of the attack, always ensure that any software installed contains the latest security patches.

It is also advisable to report any incident of a crypto ransomware attack to your local law enforcement authorities as this will help them in their quest to identify the cybercriminals.

How To Prevent A Ransomware Attack

There are many precautions that you can take to prevent a crypto ransomware infiltration:

With almost all cybercriminals, they assume that the crypto ransomware intended to infiltrate your device will cause such an inconvenience that you become desperate to pay the ransom demanded. Law enforcement officials and internet security researchers do, however, recommend that victims must avoid succumbing to the demands of cybercriminals and pay the ransom.

In order to effectively protect yourself from an attack, it is important to time to learn about distribution tactics, phishing scams, drive-by attacks, and spoofed websites, so that you can easily identify and stop imminent cyber threats.

In light of this, players at bitcoin casinos must exercise extreme caution when gearing up for a session of online entertainment. Be sure to check that communication from your bitcoin casino is indeed authentic and always remain alert to unusual attacks for your own online safety.