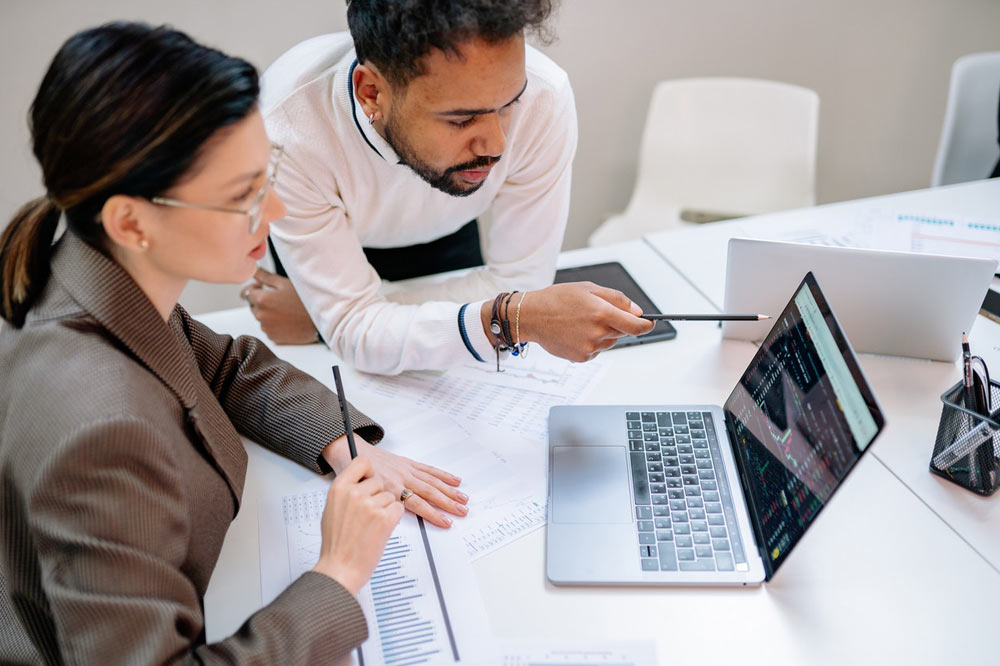 Cryptocurrency mining is a noble way to earn tokens. It helps decentralize blockchain networks and improves their security.

On the other hand, it can be an expensive venture to pursue. Miners need to shelve out lots of money to buy the correct equipment and pay high electricity bills.

That is why miners have decided to join forces and form mining pools. Dogecoin mining pools have gained popularity recently because it has an infinite supply, and users can spend DOGE at the best crypto casino for crypto gambling.

Let us look at what mining pools are, how they work, what miners need to join one, and some of the best dogecoin mining pool options available.

A History of Crypto Mining

Companies began building mining farms where they had hundreds or even thousands of computers performing mining activities. Mining farms became extremely popular in China until the government banned crypto-related activities and raised taxes and electricity tariffs for mining farms.

Since then, companies in Europe and North America have grown to use electricity at the scale of small countries. International government bodies have raised concerns about the environmental impact of mining farms and have begun implementing regulatory sanctions on them.

Furthermore, other governments across the world have banned mining activities like India and Egypt. In 2017, crypto enthusiasts used scripts in browser extensions to mine cryptocurrencies on many computers. They installed these scripts as malware on users’ computers without their knowledge.

What Is A Dogecoin Mining Pool?

Dogecoin is a meme cryptocurrency that initially gained popularity in 2013. Since then, it has garnered mass appeal due to its celebrity endorsements. Elon Musk and Snoop Dogg have posted about the token on social media, and Musk mentioned it on national television.

The creators of DOGE used the Litecoin blockchain to mint the token. Therefore, it uses a different algorithm than Bitcoin. It uses the Scrypt algorithm while Bitcoin uses SHA-256. Scrypt is less complex than SHA-256. This means that miners verify transactions faster and use less electricity.

Furthermore, both blockchains use the Proof-of-Work consensus mechanism. Here miners need to use their computing power to solve an algorithm’s random hash. They need to find a hash value equal to or less than the generated hash. This requires computers to use lots of electricity and processing power.

Moreover, both DOGE and BTC use PoW, but their performance differs considerably. Firstly, Bitcoin adds a block every 10 minutes while DOGE has a block time of 1 minute.

Crypto mining using PoW requires a considerable investment from miners. They need to purchase powerful computer hardware and keep their computer running for a long time. This equals high electricity bills for an individual.

On the other hand, miners can pool their resources and act as one node in the network. They distribute the rewards using different methods. Miners can choose from a variety of these mining pools, of which there are currently many Dogecoin mining pool options available. Users can also rent computing power from a crypto mining company.

How Does Mining Work?

Users that want to mine DOGE without using their own hardware and electricity can use cloud mining companies. These companies rent out their computing power for a monthly or annual contract. They mine DOGE and send the rewards to the renter depending on the value of their contract.

The main disadvantage of cloud mining is that renters need to pay their monthly fees regardless of DOGE’s price fluctuations. This means that their reward value may be significantly less than their contract fee. However, it is an attractive option for users to receive DOGE and hold it for future gains.

DOGE mining pools allow miners to make a profit from mining. When they join a mining pool, they have a bigger chance of adding blocks to the network and earning DOGE rewards. Mining pools usually have a small fee that miners need to pay to join mining activities. These mining pool services also come in different sizes, have different hardware requirements and payout policies.

CPU mining entails using your computer’s Central Processing Unit to solve blocks. This is not advisable because most CPUs do not have the necessary power to mine DOGE successfully. They tend to overheat when put under too much strain.

Using a GPU is a better option than a CPU because they are more powerful. They also have mechanisms in place to vent heat effectively. Hence, it makes overheating less likely.

Lastly, the GPU needs to be between mid-range and high-end models. These include the GeForce GTX 900 series, the ASUS RX series, or the Radeon RX series.

An Application-Specific Integrated Circuit (ASIC) is a device that someone can use specifically for mining cryptocurrencies.

Accordingly, cryptocurrencies use different consensus algorithms for mining. DOGE uses Scrypt, so if you want to join a Dogecoin mining pool, you need a Scrypt ASIC miner.

These devices usually have dedicated mining software installed. They are also more expensive than GPUs, but they have a higher chance of giving you profits from mining.

Lastly, a few Scrypt ASIC Miner’s to consider are the Bitmain Antminer L series, Goldshell Mini-DOGE, and the Innosilicon A series.

You need the right hardware and software to join a Dogecoin mining pool. You need to download software depending on the hardware you will use.

Lastly, ASICs can have bundled software, or you could download Multiminer or Easyminer.

How To Choose A Mining Pool

The bigger the mining pool, the more likely it is to mine new blocks on the DOGE network. You can look at the number of active miners to determine its size.

Additionally, you need to consider a mining pool’s hash rate. This shows how quickly the pool solves blocks. Accordingly, it indicates how many rewards the pool receives over a specific period.

Next, you need to compare the pool’s hash rate to mining difficulty. Many websites can help you do this.

Lastly, mining pools use different algorithms to assign miners to specific pools on their platform. For example, a mining pool might group strong and weaker miners together. A mining pool should have an algorithm that distributes mining activities equally to avoid an imbalance in reward payouts.

Nearly every Dogecoin mining pool charges a fee for miners to use their platform. These operation fees vary between 0.5% to 4% of mining rewards.

Furthermore, some platforms charge a transaction fee. Minors need to pay a fee every time the platform sends rewards to a miner’s wallet or transfers rewards to an exchange. Other platforms do not charge this fee, though.

Payout policies differ among mining pool platforms. Miners in a pool receive a share of mining rewards. In DOGE’s case, they would receive a percentage of 10 000 DOGE per block. Platforms can distribute shares in several ways.

Firstly, they could use Pay Per Share (PPS). Miners receive a payout based on how much computing power they contribute to the mining pool. The payout does not rely on the number of solved blocks.

Secondly, Proportional rewards (PROP) rely on how much computing power a miner contributes towards solving each block. The reward can vary depending on a platform’s mining algorithm.

Thirdly, Pay-Per-Last-N-Shares (PPLNS) is like PROP, but it does not have a set block time when miners receive their rewards. The network determines the computing power contributed after the solved block and works backward until it reaches the N amount.  The N amount is the PPLNS window, and miners receive rewards proportionally based on this period.

When participating in a mining pool, the server locations and ping play an essential role in reward payouts. It is best to join a mining pool that is located closer to your mining equipment.

For example, if you live in Europe, you should choose mining servers in Europe. This is important because your mining equipment needs to send its computing solutions to the mining servers before the rest of the pool solves the block. A millisecond could make the difference between your computing power being added to the latest block or not. If it is, it receives a higher reward. If not, you might not receive any rewards.

Mining pools have specific requirements before you can join. These include having a particular kind of GPU or ASIC miner.

Furthermore, they might have high network performance requirements like a high-speed fiber connection. Sometimes you need to be in a certain location.

Finally, some mining pools require specific mining software before you can join the pool.

You finally need to consider the security of the Dogecoin mining pool platform. What kind of connection does it use? Can it prevent attacks from hackers? This is important to consider because such vulnerabilities could affect reward payouts.

It has a simple user interface. Users need to create an account with an email address, and they provide a how-to page for beginners.

Furthermore, it deploys a PROP reward system with a 1% fee, and they do not have any insurance. Miners use the pools at their own risk.

The DOGE mining pool is medium-sized, so there is a possibility to receive modest rewards.

LitecoinPool is one of the first Litecoin mining pools. It allows merged mining so that miners can mine LTC and DOGE simultaneously.

The pool has a comprehensive beginner’s guide. It also has a simple design and provides detailed statistics regarding the pool.

Moreover, it has redundant servers across 8 locations. It allows 2FA logins. It has a Litecoin mining calculator.

Lastly, it has a PPS reward system and charges zero fees.

It has 24/7 customer support and several beginner guides. Furthermore, it is an open-source project. Therefore, it publishes all documentation related to the platform.

Furthermore, it has PPLNS and PROP reward system with no fees. It also has an average fee below 2% for other reward systems.

Furthermore, miners can participate in merged mining for LTC/DOGE and even receive rewards for other coins.

Lastly, it has a monitoring section that allows miners to see their workers’ progress. Miners do not need to create an account to join the listed pools.

A Dogecoin mining pool can be lucrative for those who want to receive DOGE and pay low fees. Of course, they need to purchase specific equipment and thoroughly research a suitable mining pool.

Finally, they need to consider reward systems and use a mining pool calculator to see if they can profit from their mining activities.

What Is An STO: Security Token Offering Explained

casinocows - January 26, 2022 0
The digital world can be complicated. With more and more variations coming about, it is becoming harder to stay ahead of the game. Since...

How Regulation Will Shape DeFi and Online Gaming In 2022?

Will NFTs continue their strong performance in 2022?

Why Curve (CRV) is outperforming other Digital Assets?

Why is 2022 So Important for Ethereum’s Scalability?