The BC.Game Blog
Home Best Bitcoin Casino Everything You Need To Know About The NEAR Protocol (NEAR) 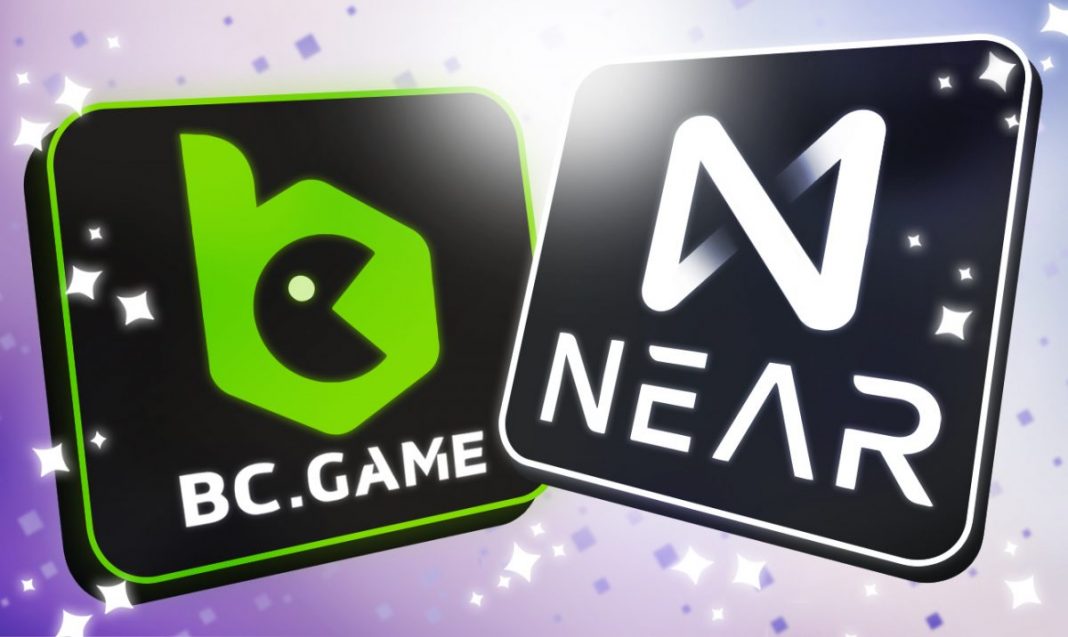 The relevance of high-performance blockchains that provide high throughput, security, and scalability continues to rise. In an industry teeming with developers and their innovative ideas, NEAR Protocol aims to provide such utility. BC GAME saw this vision and decided to list NEAR tokens. The community, for sure, would be glad to engage with this high potential token.

In the crypto realm, scalability refers to the ability of a blockchain to perform efficiently. We all know that some networks feel the pressure when there is an increase in usage and transactions.The scalability of NEAR becomes an Achilles heel for early blockchain networks relying on Proof of Work.

Later blockchains came to build on the successes of these pioneers with a vision to add more and resolve earlier challenges. NEAR Protocol fits this mold and has evolved to be a go-to dApp development platform for DeFi and NFT creators across the globe.

What is NEAR Protocol?

NEAR Protocol is a smart contract blockchain built by NEAR Collective. It intends to create a scalable and robust ecosystem for developers to launch decentralized applications (dApps). The overall goal is to create an efficient user experience necessary for the broader adoption of dApps.

Accordingly, the NEAR Protocol has incorporated exciting features like human readable account names—and not the numbers and letters typical of cryptographic addresses. NEAR Collective, the blockchain development team, built this project from the ground up, emphasizing ease of use for developers and dApp end-users from a decentralized storage system that’s secure and compliant with blockchain principles.

The blockchain uses a Proof-of-Stake consensus algorithm for block validation means that users must pledge a specific number of tokens to become validators on the network. Central to the protocol is the NEAR coin that’s used for paying transaction fees and storage.

In the Proof-of-Stake consensus algorithm system, validators play a vital role in securing and decentralizing any public chain, and the NEAR Protocol is no exception. For their participation, successful nodes—or “Fishermen”, and validators are rewarded for block confirmation within an epoch and reporting malicious behaviors. At the same time, users—including developers who deploy smart contracts—are rewarded with NEAR for their contributions. The protocol has also incorporated a burning feature to gradually reduce overall supply of NEAR coins.

How It Came About

Before embarking on blockchain development Illia Polosukhin and Alexander Skidanov operated NEAR as a machine-learning project. In late 2017, they initiated research into programmable smart contracts and cryptocurrency payments. Their machine learning project could not provide the robust infrastructure to propel that vision, and the idea of creating a blockchain project from the ground up came about.

Their team of engineers started working on the NEAR Protocol a year later, rolling out a network that would adapt the more sustainable Proof-of-Stake (PoS) mechanism to support transaction verification and block production.

The NEAR Protocol blockchain

Implementation of Sharding for Scalability

Sharding is splitting a blockchain into multiple chains to prevent the processing of all data on a single blockchain at once. Instead, the network runs multiple shards, with NEAR Protocol’s implementation having its customized feel to suit the network’s ambitions. All shards, or “chunks”, are part of the blockchain network due to a process called Nightshade.

Each shard has its validators, ensuring that transactions on NEAR don’t overlap. The shards’ independent processing capacity is vital for guaranteeing no load on a single main chain. That said, the network uploads a snapshot of each shard’s current state as part of Nightshade. Nightshade ensures that the network still has a record of processed data on the shards, but the tasks are delegated to specific sub-chains.

Therefore, shards operate smoothly but communicate and intersect as part of a common framework. Overall, the blockchain has better scalability because the transaction load is not overbearing on a single chain.

NEAR Protocol’s blockchain became fully operational in 2020 when it became community-operated. The blockchain leverages its sharding and horizontal scaling to increase the network’s processing capacity significantly.

Interoperability With Other Blockchains

NEAR Protocol was launching in a world with existing smart contracts blockchains. Besides adding developers and users, creating a chain that communicates seamlessly with other blockchains was vital. The network implements the Rainbow Bridge for efficient communication with Ethereum and other significant chains.

Interoperability is a significant addition to this blockchain. Developers can transact between chains and transfer assets necessary for creating dApps and monetizing their ideas.

In addition to sharding, Aurora is a layer-2 protocol on top of the NEAR Protocol. Coders can create decentralized applications that use the Ethereum Virtual Machine (EVM), ensuring that the dApps are Ethereum backed but deployable on the network. The Rainbow Bridge plays a crucial role in ensuring that smart contracts execution between the two chains is possible. Developers can also benefit from the low fees and scalability of the blockchain.

These tools ensure that developers can create dApps without worrying about integration with other systems and blockchains. Additionally, transaction speeds are thousands of times faster than Ethereum blockchain.

The NEAR Protocol whitepaper lays out the network governance model for the blockchain. The governance model identifies the technical governance aspects and resource governance. This protocol combines the need for combining community-led innovation with effective decision-making and execution.

The NEAR Foundation, an independent non-profit organization, coordinates decision-making. Node operators get a voice through their staked tokens and play a vital role in ensuring that the network has decentralization.

NEAR protocol has only been operational for a few years, yet it has attracted significant project partnerships and venture capital backers. Projects on NEAR include Mintbase and Paras, both of which focus on NFTs become significant with their meteoric rise.

Notable venture capital firms like Pantera Capital, Electric Capital, Dragonfly Capital, Coinbase Ventures, Blockchain.com, and Baidu Ventures have all made investments in NEAR Protocol. This level of involvement shows that industry leaders believe in NEAR to achieve the vision its founders set out.

The NEAR Protocol aims to position itself as the favorite Launchpad for developers in the blockchain landscape.   The present and future usefulness of dApps means that setting a protocol as the best solution for their operation is lucrative. The blockchain aims to deliver intuitive experiences for users and allow developers to scale the functionality of their applications and networks. BC GAME hopes that this utility will prove meaningful for years to come. Online gambling enthusiasts can now wager and hold this token with similar hopes.