The BC.Game Blog
Home Beginner Guides Battle of the giants: Your guide to the 2022 FIFA World Cup 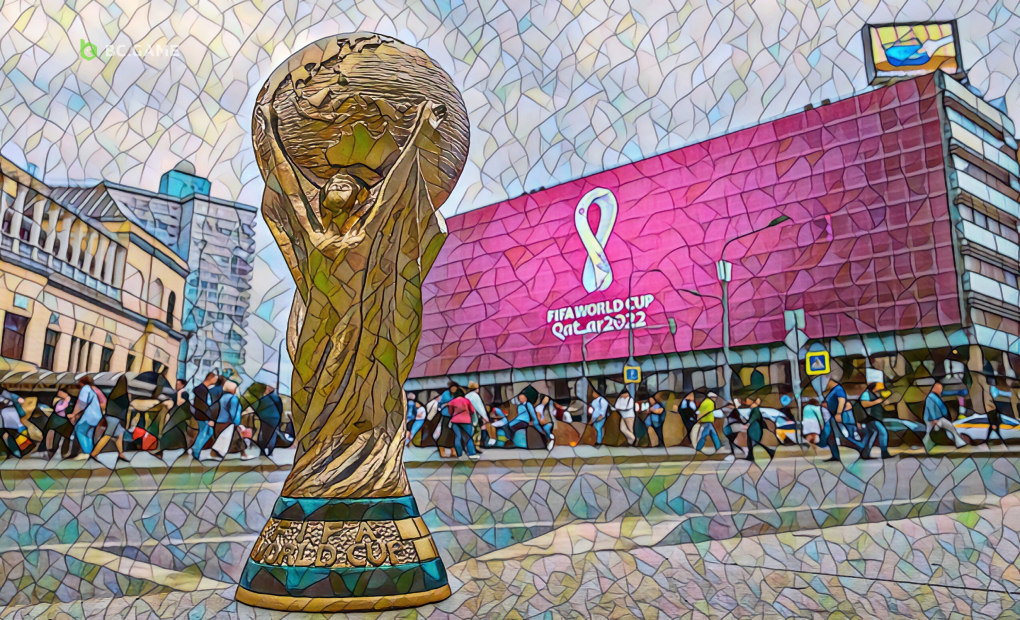 The 2022 FIFA World Cup is quickly approaching, and fans are keen to see how the games will unfold, especially with intense competition among various teams. It is the most significant competitive stage in football, and organisers expect about 5 billion people this year to watch it.

From dangerous tackles and high lobs to powered goals, the FIFA World Cup 2022 is ready to bring the action. But when and where will the World Cup be held this year? Which teams will most likely take the trophy home? Find out everything you need to know about this prestigious tournament below:

Tournament schedule and venue: When and where

The FIFA World Cup tournament will be on November 20, 2022, in Qatar, with 32 countries playing against each other. After 28 days of competition, the Finals will be on December 18, 2022.

The 2022 FIFA World Cup will feature 64 matches, from group stages to the finals, played in 5 different cities in Qatar. Here are the stadiums hosting the World Cup games:

What makes the 2022 FIFA World Cup important to Qatar?

Qatar hosting the 2022 FIFA World Cup is history in the making since it’s their first time to host it, and they’re the first country in the Middle East to do so.

It is also Qatar’s first time playing in a FIFA World Cup. They are the only national team in the tournament to make their debut this year. The rest of the 2022 FIFA World Cup teams have already played at least once in the game.

Tournament format: How does the 2022 World Cup work?

Just like the previous editions of the World Cup, the 2022 edition will have the same format. Various stages will eliminate teams one by one until only two teams are left to play against each other by the end of the competition.

Because 32 teams are playing, the tournament will start with group stages and then slowly make its way to the finals. Here are the stages of the 2022 FIFA World Cup:

All teams in this stage will be set into eight different groups via a draw, with each team playing a total of six matches that will determine who will advance to the knockout stage. After the game sets, the top two teams in each group are guaranteed a slot in the next part of the competition.

Bracket stage matches have extra time if a tie occurs by the end of regulation. The spare time has two 15-minute periods and comes with a penalty shoot-out to determine winners since each World Cup game should always have a definite winner.

Once the places are determined, the bracket stage begins its set of games. The winners and runners-up will face each other, and victors have a chance to play in matches 58 to 60. The top two winning teams in the groups will move on to play in this single-elimination style tournament.

The winners of group A will open the round with a game against the runners-up from group B. Then, the Round 16 stage will end with a match between the group H winner and runners-up to conclude match number 56.

Two matches will be held each day in the Round of 16 stage. The kick-off will begin at 18:00 for the first match while the second will start at 22:00. It will still proceed on schedule even if the first match does not end in its actual game-ending estimate.

Just like in the Round of 16, the final eight of the FIFA World Cup will battle it out in an epic set of matches to determine which teams will make it to the last four of the competition. It is known as the battle of the elites, with many teams playing in this stage keen to win.

The final will be in the Lusail Iconic Stadium on December 18, 2022. This match is the biggest highlight of the FIFA World Cup, where the kings of football show off their skills.

There is also a play-off match for the third place between the losing teams in the semis. It will determine which side will emerge as the third and fourth placers in the final rankings of the FIFA World Cup.

Who are the favourites to win the 2022 FIFA World Cup?

The FIFA World Cup brings the best of the elite teams in the world. Every national team who has made it to this level of competition aims to show what they can bring to the pitch. Expect intense showdowns between the leading football contenders in the world. Here are some of the favourites to win the 2022 FIFA World Cup:

Brazil is known as the best football team, and they are the most successful in the FIFA World Cup with five wins. However, the last time they won the title was in 2002, which puts a lot of pressure on the team to deliver. Thankfully, their 2022 World Cup squad has one of the best players in the world—Neymar.

Neymar is Brazil’s ace, but he is yet to bring the championship home for the country. This World Cup is the best chance for him to prove his place as a legend in the sport. On top of that, fans expect the team to make a deeper run, with most Brazilian fans hoping to break the championship drought.

As the defending champions of the FIFA World Cup, France is one of the favourites to win the title again. Their success in Russia in the 2018 FIFA World Cup proved they could come up with surprise finishes even against the best teams in the world.

A roster with Paul Pogba, Karim Benzema, Raphael Varane, and N’Golo Kante will be a massive threat against the best teams in the world since they are considered heavy favourites in the FIFA World Cup.

Belgium is known for its versatile roster and has been one of the most impressive contenders in the FIFA World Cup. Thanks to the leadership of Eden Hazard, the Belgian squad may have a chance to come up with a winning run on the biggest stage of football now more than ever.

The country is the only squad that has never won the FIFA World Cup despite topping the rankings more than once. It may be the big break they are looking for, especially with a healthier squad that can give them a chance for a winning run.

The Spanish squad is one of the most formidable teams in the FIFA World Cup and is undoubtedly a contender for this year’s edition. Spain won the 2010 FIFA World Cup edition but has yet to make waves in the past few years.

Sergio Busquets and the rest of the team will need to develop more gritty plays in their coming games. Spain will require a massive push in their games to prove they are a contender in the competition.

As one of the rosters with a versatile talent set, England is considered one of the top contenders in the FIFA World Cup. The team’s recent performance in the Euro 2020 was a huge success, and fans will remember Gareth Southgate’s men for their strong composition and competitiveness.

Assuming they can bring that kind of play to the FIFA World Cup, the English squad can take the trophy. England’s Harry Maguire considerably boosts the team’s chances of making it to the 2022 FIFA World Cup finals.

Pick the best betting markets for the FIFA World Cup

Betting is always present in the FIFA World Cup and adds to the fun of watching the games. They have different uses and are the keys to winning payouts if you make the right call. Learning about these betting markets is the best way to rack up huge winnings and score handsome prizes like no other.

1×2 betting is known for its three-way format as punters can place wagers on all three possible game results. Each of these numbers represents a result of the game:

The difference in the perceived quality between competing teams or players is not evened out in 1×2 betting. It reflects the true odds set by the bookmaker along with the margin of an outcome to be correct.

Handicaps level the odds between the playing teams. There are chances that the favourites will win or the underdogs will pull off an upset by the end of the game. Since the World Cup is hard to predict, handicap bets are an excellent option to consider for your winning chances.

For your bet to win, the underdog must win more than the set head start. On the other hand, favourites will need to win by less than the set handicap. Your bet wins if they meet the winning conditions.

Another fun way to make the most of your wagers in the FIFA World Cup is to try Totals. Bet on the total goals scored in each match. There are at least three events you can bet under Totals:

At BC.Game, you can enjoy your winnings from betting on the 2022 FIFA World Cup—one of the world’s highest stages of football competition. Bet on each group stage match and see if your favourites survive to the Finals.

Sports betting at BC.Game is easy even for new punters. Click on the markets you want from each betting market. You can see your World Cup combo bets in your Betslip, including the total odds and total bets made. Not only that, BC.Game also has a Potential Win feature which shows how much you’ll win if your wagers succeed.

Online poker 101: Everything you need to know to start playing