The BC.Game Blog
Home BTC News What Does The Future Hold For Web 3.0 & Cryptocurrencies? 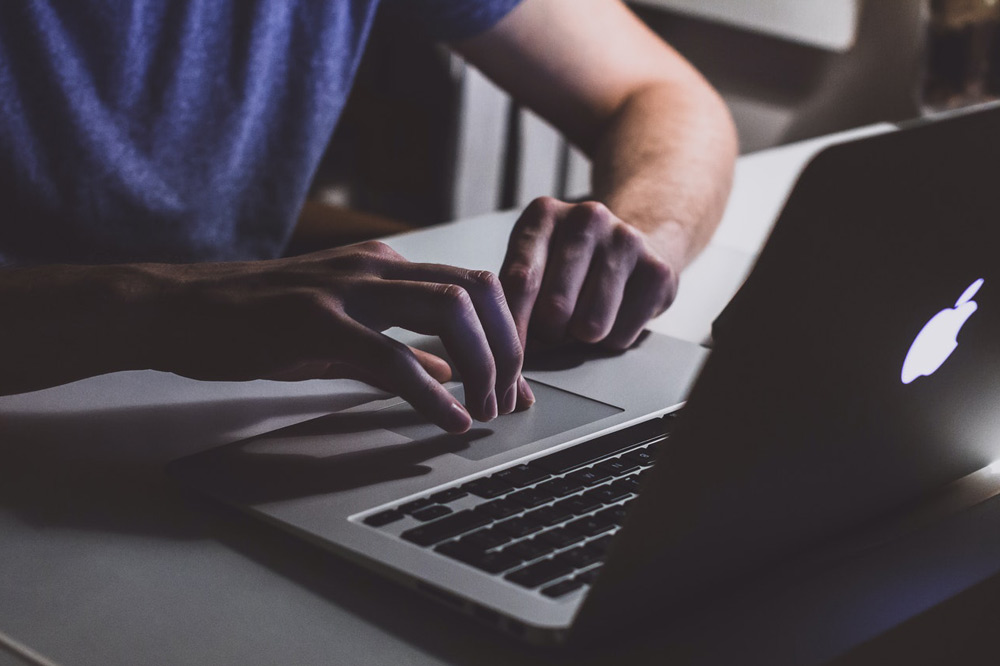 The world wide web has grown from a large database into a social hub for every industry imaginable. Healthcare, technology, finance, and many other industries use the web to provide services, products, and information to users worldwide.

Now that blockchain technology and artificial intelligence are around, people are beginning to envision the next stage of the web: Web 3.0

But in the future, Web 3.0 might disrupt every aspect of the internet. Developers already employ the blockchain and cryptocurrencies to provide alternate storage solutions and data organisation.

Here we will look at what Web 3.0 is, what it means for cryptocurrencies, and some applications already live and in development.

First, let us take a look at the history of the internet.

Web 1.0 ran from 1989 to 2005. It was called the Static Web. This version of the internet had no user interaction and gave users little access to information. Internet users did not create content or interact with published information.

Instead, they logged onto the internet and had to enter a specific address to find information. There were no search engines or protocols for connected websites. Users could only access information from web directories. It was one-way traffic.

On the other hand, Web 2.0 has been coined the Social Web. Here users can create and interact with content. Technologies like HTML5, JavaScript, and HTTP allowed web developers to connect different websites and build applications for users.

For instance, web platforms like YouTube, Google, and Facebook allow users to find relevant information, post their opinions, and even upload videos for other users. We are currently in the Web 2.0 version of the internet.

It has many benefits, but it has one major disadvantage. Companies like Google, Facebook, and Amazon monopolise user data. They collect and analyse this data and then sell it to advertisers for targeted ads. As a result, these internet companies control most of the internet, making it a centralised platform.

Web 3.0 attempts to shift power from these companies to put it in the hands of internet communities.

Tim Berners-Lee invented the World Wide Web. He has spoken about the next iteration of the internet and how it would shift focus from storing data in centralised silos to a more decentralised network. He coined it as the semantic web or Web 3.0.

This next stage of the internet promises a step towards a more collaborative internet. Users will not be at the mercy of large data-owning companies like Amazon and Google. The next stage will provide users with an internet with no monopoly on data, and developers and end-users can benefit from cloud storage, advertising, and app development.

Furthermore, a decentralised internet would allow users to interact with data in various ways. With blockchain technology and artificial intelligence (AI), programs can understand the concepts and contexts of different data sets.

There are currently four main features of Web 3.0. These are ubiquity, the semantic web, AI, and 3D graphics. These features will redefine how everyday users and experienced web developers access and work on the internet.

Ubiquity in the next stage of the internet refers to the interconnectedness of devices. Devices communicate with each other through the internet. For example, a smart appliance would send data to a smartphone app. Web 2.0 already makes this possible, but Web 3.0 envisions taking this a step further.

What if your smartphone connects to a weather database, communicates with your smart air conditioner, and checks your electricity consumption? Your air conditioner could run for the optimal time and temperature.

This level of connectedness, coupled with AI, will allow your appliances and other smart devices to run more autonomously than before.

Currently, internet users rely on search engines to find information. They would do a keyword search on Bing or Google, and the search engine would look for the matching keyword across millions of web pages.

In the next stage of the internet, many want to extend the World Wide Web Consortium (W3C) standards from keyword data to tagged data organisation.

Currently, keyword searches limit a user’s search context. For example, if they search for the word “windows,” they would receive information about physical house windows and Microsoft’s operating system.

If each definition of “windows” had a tag, it would make the information more machine-readable. The Windows operating system could have a “software” tag. In comparison, house windows would have a “building material” tag.

Accordingly, if every information has a tag, it would create a common language. Developers and internet users can use this common language across the internet.

Companies usually use AI for data organisation and superficial insights based on user behaviour. Enterprise solutions for data tracking and analysis have no real applications for end-users.

For instance, companies and individuals can manipulate information on websites to gain an advantage. They can employ thousands of people to post negative reviews on a site, thus skewing the actual quality of the product or service.

This reveals two things. First, these systems only look at the ratings and not the content and context of the review. Secondly, these systems do not provide users with accurate information.

An AI system can fix this. Firstly, the website developers could create a deep learning (DL) model that compares factual reviews to manufactured reviews. Then it can draw insights from fake review features like specific keywords and scores.

Then the DL model can filter out bad reviews while retaining genuine reviews. This is just one-way developers can leverage AI to create a more transparent and unbiased internet.

Web 2.0 already has web applications that utilise 3D graphics. Second Life, an early virtual world application, allowed internet users to chat and live in a virtual world. It ran similarly to a video game where a central entity controlled the assets in the virtual world.

Web 3.0 wants to evolve these virtual worlds. Developers want to create a decentralised world where resources for applications exist across many nodes on the internet. This means that the community can actively participate in building and maintaining the virtual world.

A virtual world, Decentraland, uses blockchain technology and tokenisation. It is a DAO (Decentralized Autonomous Organization). This means that users can vote on the world’s upgrades and policies. Users gain voting rights if they own the world’s native currency, MANA.

Additionally, users can purchase LAND in the virtual world. These are land parcels measured at 16×16 meters. LAND is an NFT, so users can track their ownership and be certain that their LAND is unique.

The next iteration of the internet uses breakthroughs in web technology. This includes new methods for data organisation, storage, and access.

Currently, the web runs on HTTP and DNS servers. Both protocols work with a client and a server. This means that a client requests data and the server delivers it to the user.

For example, a user enters a web address using the HTTP protocol, and then the network of DNS servers delivers the request to the HTTP address inputted.

Web 3.0 wants to move away from the DNS server system. The InterPlanetary Files System (IPFS) does not have centralised servers but uses a peer-to-peer method. This is similar to popular P2P applications like Utorrent, allowing users to share content. Here users do not access a server to receive files but a collection of nodes connected to the system.

This would create a trustless system where users can only access data with a key. This makes P2P file sharing more secure and suitable for all internet users.

Blockchain technology is a crucial aspect of the new web. It is decentralised and autonomous, allowing platforms to create native currencies and involving the community in development decisions.

At the moment, popular blockchains like Bitcoin and Ethereum work separately. Each platform has its chain, and they do not communicate with each other. Of course, this is not ideal for the whole internet because there would be a disparity between users.

For example, they must rely on crypto exchanges to swap and trade cryptocurrencies. Also, users have to take further steps before using a platform. They have to buy ETH to use Ethereum and BTC to use Bitcoin.

Blockchains work in parallel when they connect to the Polkadot network. They then use its consensus methods and security. These are called parachains.

Moreover, the Polkadot network can solve current blockchain issues like scalability and governance. It can create a universal blockchain standard by providing other blockchains with the tools to scale their throughput and standardise governance.

For example, multiple chains can use Polkadot’s native currency (DOT) as governance tokens. DOT holders can vote on platform changes for a specific blockchain or the Polkadot network.

Next, chains can offload some of the computing power their chain needs to other chains on the Polkadot network. This would increase their blockchain’s speediness without compromising security.

Finally, the Polkadot network also provides developers with tools to create their blockchains. There is also other online software that makes blockchain development much quicker and simpler.

Filecoin is a decentralised file storage solution. Here, users rent out free space on their computers to other users. They use the FIL token to buy storage space, and storage holders receive FIL for renting out their space.

Furthermore, Filecoin uses different consensus methods to determine if storage holders have the storage space they advertise. The blockchain ensures that users get paid and pay for the correct service.

Another innovation in cryptocurrencies is the BAT (Basic Attention Token). It is part of an advertising platform, Brave. Brave is a web browser that prevents companies from collecting personal data for advertising. It also blocks web ads and protects users’ identities.

It also uses blockchain technology to record and verify what ads people viewed and for how long. This means that Brave can monetise a user’s attention.

For example, a user might get a BAT reward for watching an ad from a company. The company would pay Brave in BAT for ad space.

With detailed advertising metrics and data coupled with a native currency, advertisers can leverage the platform to create more targeted and effective ad campaigns. Most importantly, it incentivises the user to engage with ads instead of skipping them.

Web 2.0 took it a step further with the Social Web, where users could access the information they wanted and interact accordingly.

Now, Web 3.0 wants to emphasise a decentralised internet where users have control over their data and have a more active role in web infrastructures like cloud storage, application development, and advertising.

With the advancements in blockchain technology and cryptocurrencies, Web 3.0 is achievable and already on the way.