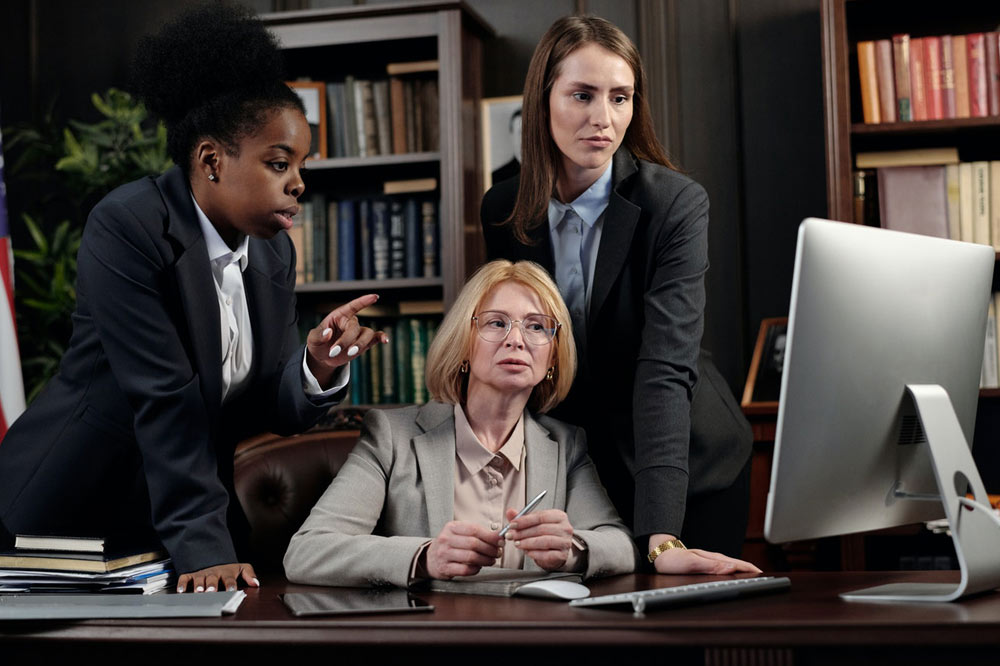 Blockchain governance is an elusive concept for many. Particularly because one of the pillars of blockchain is that the system is decentralized, meaning there is no overarching power that controls it. But, it is important to not confuse these two concepts, as they can exist simultaneously.

It has become necessary to introduce governance, to ensure that the system works as efficiently as possible and is sustainable in the long term. This governance has been incorporated into various blockchains. But to understand the way blockchain is governed is a bit complicated. In this article, we introduce the concept of blockchain governance and explain how exactly it works.

Before digging into the complex concept of blockchain governance, it will be helpful to first grasp the general concept of governance and how it works in society. Essentially, every group of people or society (be it a tribe, empire, country, or village) has certain social rules and norms.

These rules and norms are principles that must be followed by everyone and are enforced by certain people (leaders, most commonly). This enforcement is called governance. Different groups have different ways of enforcing rules. However, all the styles have resulted from two categories. These are direct governance and representative governance.

With direct governance, every participant in the system has a direct say (or vote) in every choice that is made in relation to the society. No actions can be taken without having everyone’s input in the decision. Here, participants’ voices are heard, they have control over results, there is transparency and accountability from the higher powers, and there is more collaboration.

However, it is often difficult to come to a conclusion using this method, it can be costly, and people can be selfish. Most significantly, however, this method gets more and more difficult as more people join the group or society and there are more voices to be heard.

In a system of representative governance, participants use their votes to select several people to act as representatives for them when decisions are being made. The representatives take on the responsibility of voting on actions and new rules for their constituents (or people who they represent).

This system is often more efficient and results in faster and easier decision making. Growing numbers of participants don’t really affect the efficiency of the system. However, there are risks, the most significant of which is that people are forced to put their trust in representatives who could act in self-interest or maliciously rather than in the interest of the people. There is also a lack of accountability of representatives.

Understanding these systems will help you to understand how blockchain governance works.

Moving On To Blockchain Governance

Now that you have an understanding of how governance works, let’s take a look at blockchain governance specifically.

No matter where a blockchain is being used, be it a small business, a large organization, or anywhere else, it needs to evolve with the needs of the users. As such, changes need to be made periodically. Therefore, there needs to be a way to make decisions about what these changes will be.

Most commonly, when organizations make use of blockchains, there is a leadership team or CEO who will make the final call for these decisions. But, as you know, blockchain has been structured such that its nature is to be decentralized. In other words, there should be no one person or group in control of the decisions on a blockchain.

Therefore, there must be another way to effect change and make decisions about the blockchain. For blockchain governance to work, members must have a method through which to coordinate, without which it would not be possible for networks to reach agreements on changes. Blockchain governance must also include incentives, without which members would not participate and the chain will become outdated.

As it has become necessary, there have been quite a few suggestions for (and implementations of) blockchain governance thus far. As of now, there are four main strategies into which the governance of the systems can be fit in. It is important to understand all four so that the best option can be implemented for each individual case where there is a need for blockchain governance.

The three methods listed below are all off-chain governance methods. Off-chain methods are relatively centralized. This is because a structure that resembles direct governance, where everyone will have a say, threatens the sustainability of the blockchain, due to a lack of knowledge and understanding of the technology of most users.

Incentives vary broadly on off-chain governance methods, since each stakeholder might want something different. However, fees and some control of the network are common incentives. The methods of governance are as follows:

Here, a team of developers is given the power of the final decisions on how a blockchain will be changed or upgraded. In other words, the network and its future lie in the hands of the “Core Development Team”. Any user or participant can make requests for features, but it is up to this team to decide if they will be implemented or not.

This type of blockchain governance strategy is similar to representative governance. Essentially, the full group of users or participants on the network come together to choose a team who will be responsible for making decisions about the blockchain. Often, the team is a mixture of people, including investors, core developers, and blockchain owners.

This is the most recently established method for blockchain governance and is possibly the most democratic one. Basically, the rules which govern how the network functions and moves forward are stored on the blockchain itself.

Most often, these rules and regulations are enforced through smart contracts on the blockchain. This method can also be quite similar to direct governance, as there is a built-in voting system that can be altered based on the needs of users and the network as a whole.

Here, incentives are a bit tricky, as the power to make decisions are in the hands of everyday users, rather than developers. Each user may want different things, and thus there is potential for the blockchain to get steered in a direction that is not in everyone’s best interest.

There are a few other challenges that come with this method for governance. Most significant of which is how complex governance will become as more and more users join the network (similar to the negatives of direct governance).

Who Governs The Blockchain

As we’ve seen above, there are a few different groups of people who might govern a blockchain and make final decisions. This includes core developers, elected representatives, the main creator, or all users. However, there are four groups of people that are commonly important to overall governance and efficiency of governance. Let’s break them down.

Usually, blockchain projects encompass all of these teams, to help ensure that governance is done well.

Governing A Blockchain Is A Trial-and-Error Task

It’s probably clear to you by now that there is no one correct way to implement blockchain governance. In most cases, you’ll find that organizations try a solution and shift to a different one if the initial strategy does not work out. Depending on the type of organization and the purpose of their blockchain, different solutions will work for each organization.

With this overview, however, the general concept of blockchain governance should be much clearer. It is important to remember though, that the way chain is governed is always changing and evolving. The mechanisms adapt to fit with the times and increasing requirements.