The BC.Game Blog
Home BC Game Partners What You Need to Know About Avalanche (AVAX), A New Listing on... 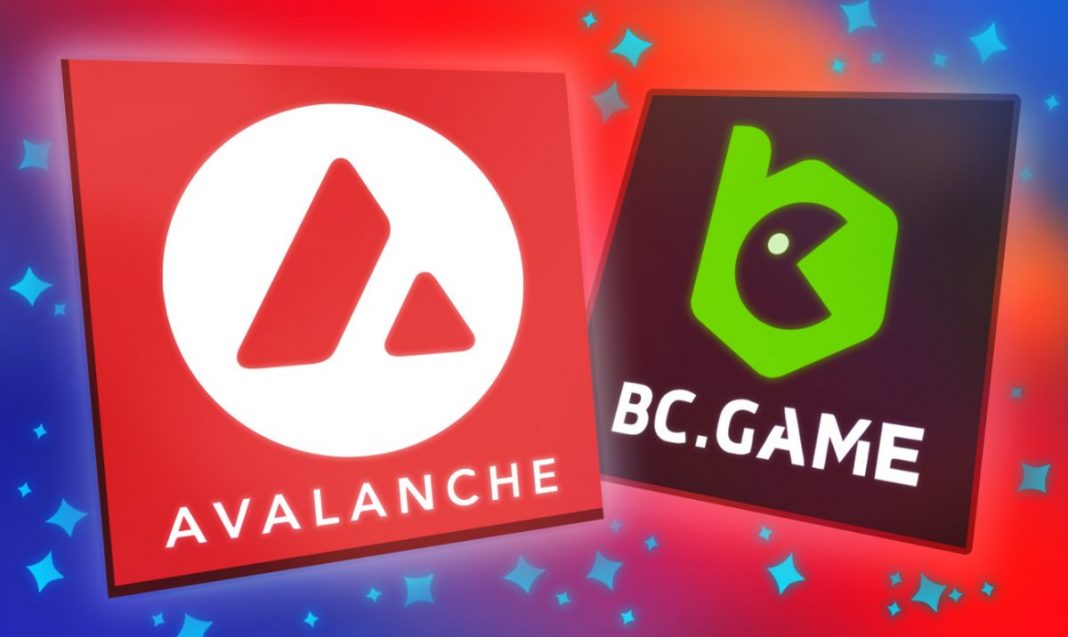 The blockchain industry is the ultimate “what have you done for me lately?” sector. Established chains must continually prove their vitality with new platforms like Avalanche (AVAX) jostling for a seat at the high table. AVAX’s improved standing in this space has influenced BC GAME into listing this novel smart contracting coin.

Here’s how Avalanche fairs against other blockchains:

Accordingly, online gambling platforms like BC GAME will ultimately benefit from this competition. The role of scalable blockchains offering low-cost transactions in the future of gaming is vital.

Avalanche is an open, programmable smart contracts platform for decentralized applications (dApps) mostly focused on DeFi. The network aims to deliver high scalability and security without sacrificing decentralization all while being concurrently energy efficient.

The goal is to create a hub for developers to launch customized apps and blockchains for utility in blockchain commerce. In a nod to Ethereum’s dominance, Avalanche supports the Solidity programming language. It offers significantly better scaling boasting of sub-second transaction finality and a transaction processing speed of over 4,500 which is around 300X faster than Ethereum–a network that can only process 15 transactions every second at peak..

Also, Avalanche offers near-instantaneous transaction settlements as aforementioned, a reason why it continues to find support across the board, hosting high profile projects. For all their might, Bitcoin and ETH don’t compare favorably with credit card companies and banks in the speed of settlements. Transaction settlement times of 1 or 2 seconds is more like a defining innovation like the blockchain should achieve.

Ava Labs, the creators of Avalanche, launched this network in 2020 after raising funds to actualize a three-blockchain network. However, the project was conceived by Dr. Emin Gun Sirer in 2019 and had a vision of building a high throughput network with high finality, unlike any other blockchain. Subsequent token sales injected life into the project, and it has only looked up ever since.

The Avalanche team comprises individuals with computer science, economics, finance, and law backgrounds. The most prominent personalities in the launch of this project are Kevin Sekniqi, Ted Yin, and Emin Gün Sirer.

Interestingly, Sirer was a Cornell Professors, with the former two his doctorate students, making for an overall wholesome innovation story. Ava Labs has since added several leading experts, partnerships, and advisors to make the operation more robust and global in approach.

Avalanche achieves its scalability through innovative architecture. Notably, the network consists of three individual blockchains that work together seamlessly. They are the X-chain, the P-chain, and the C-chain. The basic chain is the X –chain, synonymous with Avalanche blockchain.

The Contract Chain (C-chain) supports the smart contracts aspects of the network. Accordingly, DeFi activity thrives on the C-chain. Notably, this chain uses Ethereum-style addresses and is EVM-compatible, supporting Metamask and other Ethereum-supported wallets. On account of the C –chain, several Ethereum-based projects have integrated with Avalanche.

The Exchange Chain (X-chain) is the third blockchain. Its role is to facilitate sending and receipt of funds. It is possible to send funds on the versatile C-chain, but the fees on the C-chain are flexible depending on how busy the network is. In contrast, transactions on the X-chain are flat at 0.001 AVAX, ensuring that transactions remain pretty affordable and fast.

Meanwhile, the P-Chain allows users to create an infinite number of layer-1 or layer-2 blockchains called subnets in Avalanche. They work more like Ethereum shards and scale Avalanche. The P-Chain manages subnets and keeps track of all validators while subnets validate the chain.

Therefore, the different blockchains serve specific functions. This approach is more efficient than earlier blockchains, where all nodes validate all transactions.

Applicability Of The Avalanche Blockchain

Decentralized finance is the hottest field for smart contract blockchains today. Avalanche’s C-chain is a testament to the lucrativeness of this sector. Accordingly, the network can support Automated Market Makers (AMM), Decentralized exchanges, borrowing and lending apps,  prediction markets, and much more. Besides, considering its compatibility with Ethereum and high performance, Avalanche launched the Rush Program with a $180 million in funding to incentivize DeFi projects to launch on its rails.

Additionally, the enterprise blockchain side of things is another target. Avalanche aims to facilitate digital identity, supply chain tracking, data management, and other blockchain aspects that are not restricted to cryptocurrency.

Notably, collectibles are also a vital part of today’s blockchain buzz. The popularity of NFTs through art, collectibles, and in-game items make for great use-cases.

AVAX is the utility token of the Avalanche platform. It is an effective medium of exchange and is vital in securing the network through staking. At press time, Avalanche had a market capitalization of approximately $17.8 billion with AVAX retailing for $72.6.

Additionally, Gas fees on Avalanche are significantly better and more consistent than Ethereum. The X-Chain has a deliberate design to keep a lid on transaction fees. Therefore, AVAX can still play its role as a medium of exchange pretty efficiently, which is crucial for small transactions.

The Role Of Avax In Governance

Avalanche creators were keen to manage inflation with a current token supply at about 245  million tokens. AVAX users vote on how fast token minting happens. Staking is a valuable component of Proof of Stake blockchains.

Validators must stake a specified amount of AVAX and, in turn, earn rewards in the form of AVAX. The rewards structure on Avalanche incentivizes participation, which is the essence of a blockchain community.

The end of 2020 and first quarter of 2021 were a glorious time for crypto traders. It was all bliss reading crypto charts as Bitcoin and most cryptocurrencies kept crashing all-time-highs. The past seven months have been a rollercoaster with stuttering markets, punctuated by a few rallies.

To start, AVAX has been one of the standout performers so far.  It can rely on the network’s value for developers to continue appreciating. There is only so much room for another speculative store of value cryptocurrency. Bitcoin already has the advantage of incumbency and scarcity, and other solutions need to innovate their way up.

To Wrap It Up

AVAX community members hope that its utility will prove to be the difference moving forward. This is an exciting project for ambitious developers seeking to create applications in a robust, low-cost network. For gamers and skilled developers on BC GAME, this is another excellent platform to explore.