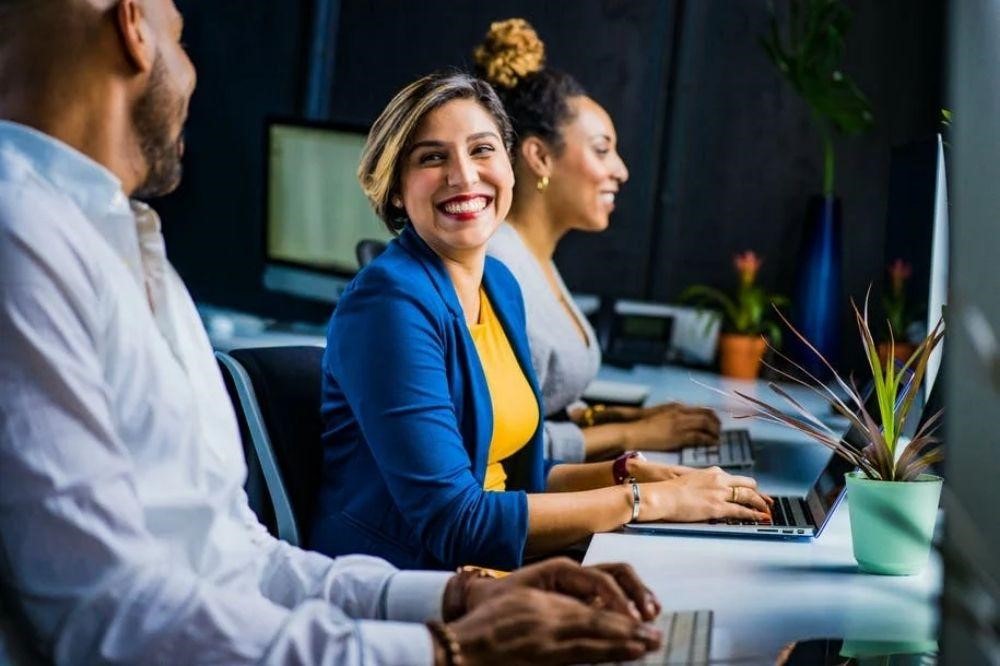 XOS crypto represents a significant part of the cryptocurrency landscape. Cryptocurrencies have historically been a store of value for investors. Investors purchase popular crypto like Bitcoin and keep it as a long-term investment.

Following the currency investments, other crypto projects allowed investors to earn passive income through staking and yield farming. Furthermore, platforms like BC GAME came along, allowing users to win Bitcoin from gambling.

Since then, projects have come about that incentivize users to grow their blockchain network with masternodes. XOS crypto is one of those projects. Let us look at what it is, how it works, and how to earn a passive income from it.

What Is XOS Crypto?

Oasis is a community-driven blockchain project that uses the native Oasis Coin (XOS) cryptocurrency. The project has undergone many changes since its launch in 2018. It is currently in its 3rd iteration with the launch of its Leap v3.0.0 blockchain.

The Leap v3.0.0 blockchain runs two layers: proof-of-stake (PoS) and masternodes (MNs). We explain these in more detail below!

The developers pre-mined 631,184 XOS in its Genesis block. Although the currency has an unlimited supply, it has a low circulating supply and a current value of $0.158682. XOS users can earn the cryptocurrency through staking from their Oasis Wallet, running a masternode on the Oasis blockchain, and using the Oasis Community faucet.

The Oasis project does not have a centralized development team. The XOS crypto community decides on every aspect of the project. Accordingly, development has been slow, but the project is beginning to define its vision. Oasis wants to host and run a User Created Asset Network (UCAN) where users can create, trade, and destroy NFTs.

The History Of Oasis

Oasis started as a community takeover of the 1UP coin. The creators of the 1UP project abandoned it without warning in 2018, and members of its community decided to shift the project to Oasis.

The first year was a slow start for Oasis as community members began recruiting developers for a new blockchain. The developers used a PIVX codebase to create the 2-layer Oasis blockchain.

In 2019, the Oasis team ran a voting channel on Discord, where community members voted on the project’s logo and theme. They also held discussions and voting rounds on the project’s direction. The community settled on a gaming project and changed the coin’s ticker from OASIS to XOS.

In 2020, the Oasis team split development responsibilities to avoid a centralized power. They have a blockchain developer, a governance system developer, a graphics designer, a social platform moderator, and a team leader. Each team member received 10 masternodes worth of collateral (2,850 XOS) each.

In 2021, the development team began implementing the community’s proposals. They launched a new website, wallet, block explorer, and Oasis v.3.0.0.

The newest version of the OASIS blockchain, v3.0.0, has a few notable features. The updated 2-layer blockchain allows for sending and receiving XOS using the Oasis wallet. It also allows users to run full PoS nodes or masternodes. It has a comprehensive block explorer, a community-focused governance system, and a detailed coin distribution schedule.

These make it easier to use for a novice and provide tools for investors to earn a passive income.

Oasis v.3.0.0 is a full Proof-of-stake blockchain. Accordingly, PoS miners only need to stake XOS to help verify and add blocks to the ledger. This method is much faster and more energy-efficient than the traditional Proof-of-Work consensus mechanism.

Oasis has over 300 masternodes on the blockchain. They are responsible for facilitating coin swaps on the network and voting during proposal periods on Discord. Masternodes need to stake 285XOS and run a VPS.

Lastly, the blockchain has a block speed of 60 seconds and a confirmation time of 6 blocks. The blockchain runs on 2 layers, so transactions are much faster than other blockchains.

The Oasis team used the Xevan algorithm to pre-mine 603,720 XOS crypto. They facilitated a 1:1 coin swap from v2 to v3 in September 2021. XOS is now fully PoS. After the development team completed work on the new Oasis blockchain, they sent 12 130 XOS crypto to a burn address.

Users receive a 0.2 XOS reward per block, but not all masternodes receive a reward. The blockchain randomly selects the MN per block. MNs receive 75% of the block reward while stakers receive 25%. The staking age is 480 blocks and confirmations take 30 blocks.

Since the beginning of the Oasis project, the community has decided on the project’s direction. It began in 2018 with a voting channel on Discord. All community members could decide on the project’s vision, logo, theme, and ticker.

The team closed the voting channel in 2019 after they released v2.0.6. They added the changes with a spork at block 402000 on the previous blockchain. Since then, governance has fallen to node operators, namely masternodes.

The Oasis team ran two proposal system tests in 2019. They opened a governance portal where masternodes could each cast 1 vote for a proposal they liked. Additionally, users needed to spend 2 XOS to submit a governance proposal. The team closed the portal, but over 67% of the network voted using the portal.

Lastly, the team burned the remaining 12 130 XOS in the development fund after the two tests.

Oasis v.3.0.0 has a block explorer that users can access from the internet. It has vital information for investors and XOS crypto users.

Firstly, it shows the blockchain’s current block height, the last 100 confirmed blocks, and the current mining difficulty and block rewards.

Thirdly, it gives information about coin distribution on the network. This includes the number of active addresses, a rich list, and the number of XOS holders.

It also provides access to the Oasis web wallet. Here, users can check their balances, and send and receive XOS from any device.

Lastly, it allows users to access the Oasis faucet to receive daily XOS rewards. Users only need to input their wallet address to receive the coins.

The Oasis Desktop wallet has many of the main features that users need to run masternodes or stake their XOS.

They only need to download the wallet from the Oasis website and wait for it to sync with the latest block. This can take up to 30 minutes because it downloads the full node onto their computers.

The wallet allows users to keep a contact list of XOS addresses, send and receive XOS, and create and manage a masternode.

Additionally, the wallet allows users to delegate their XOS stake to a hot wallet. Cold staking is an added security measure for users that want to keep their private keys offline but still participate in staking.

Lastly, the wallet also allows key encryption and dark and light themes. In a future update, the wallet will allow HD wallet support.

How To Earn XOS On The Oasis Blockchain

Furthermore, XOS crypto users need to collateralize 285 XOS and run a 24/7 VPS with at least 1GB of RAM and 1 CPU core.

Running an MN 24/7 can incur electricity costs and node operators also need to pay a monthly fee to a VPS provider. This can range from $2 to $400. Once an XOS holder has 285 XOS, they need to download the Oasis Core Wallet, stake their collateral, and create a masternode or a masternode Controller. An MN controller allows users to keep their collateral offline while a remote VPS stays online.

Earning XOS using a masternode requires patience and faith in the Oasis project. Currently, all masternodes receive 210.75 XOS over 24 hours. This translates to 0.53 XOS per MN.

What VPS Do I Need To Run Masternode?

Oasis recommends using a VPS that has at least 1 GB RAM and 1 CPU core and more than 1GB storage. Two options emphasize ease of use and affordability. These are Vultr and Contabo.

Firstly, Vultr has SDD Cloud Instances with 25GB SSD, 1 CPU core, 1GB RAM. This costs $5 a month. Vultr is one of the most user-friendly VPS providers available.

Lastly, Contabo offers their VPS S offering for $6.99 per month. This includes 4 CPU cores, 8GB RAM, and 200GB SSD storage. This is the more affordable option with NVMe support.

XOS investors can also earn a passive income from staking their XOS for PoS mining. They only need to keep their wallet online and have an XOS balance for 600 confirmations on the network. This usually takes about 8 hours. After that, the user needs to activate staking on the wallet.

Accordingly, the user will receive a staking reward depending on their wallet balance and mining difficulty. Currently, stakers receive 0.05 XOS. The network’s current staking average is 32.65 XOS.

Finally, stakers need to wait an average of 10 days to receive staking rewards.

How To Buy XOS Crypto

To begin investing in XOS, investors need to go to a decentralized exchange to buy XOS. Currently, there are only two exchanges that support XOS/BTC trading.

Firstly, southexchange.com requires users to register and place a limit order on BTC/XOS or XOS/BTC.

Next, the Delion exchange allows users to buy BTC/XOS with limited orders. It charges a small fee for each trade. Finally, investors can also visit the trading channel on the Oasis Discord Server. Here, XOS holders can trade BTC for XOS or any cryptocurrency they agree on.

The Oasis blockchain has been a community project since the beginning of XOS crypto. Today, it continues to focus on decentralizing governance and the future development of the project.

Investors can run masternodes and stake XOS if they want to profit from the project. But returns might require many years of running a VPS or a full node wallet.

Ultimately, Oasis is a project with lots of potential but it is still in its early stages.