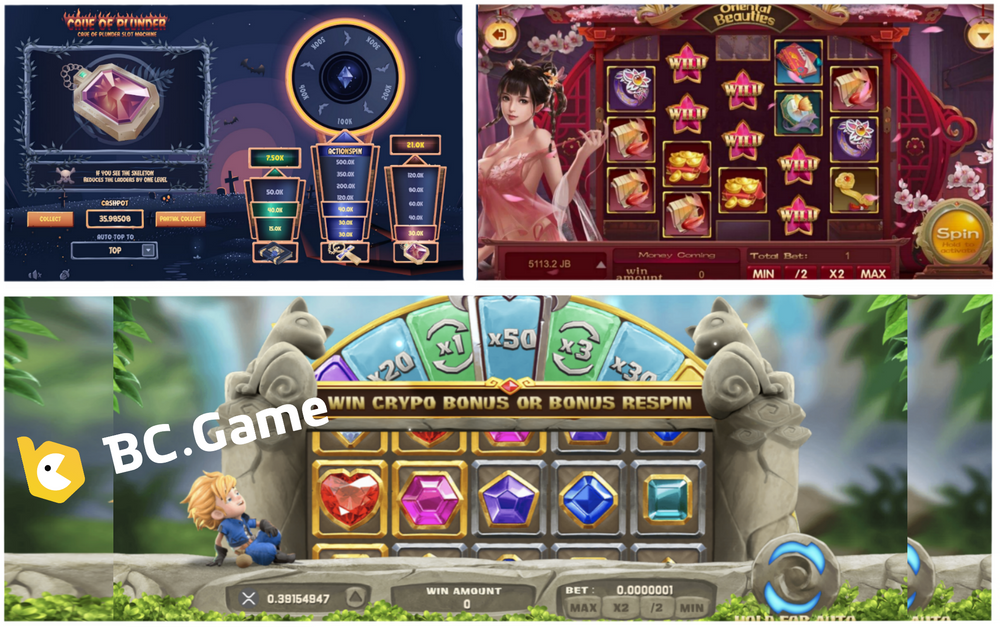 Anything Less Should Be Unacceptable

Over the past few years, there has been a steady increase in the amount of online casino sites that claim to use “provably fair” RNG in their games. The term itself has become a tool used by casinos to gain trust from players, rather than it being a tool for players to remove the need to trust casinos. This is wrong and is the opposite of the intended purpose of provably fair algorithms.

BC.Game has set the standard for transparency and has provided the framework for how all provably fair slots creators, providers and operators should publish their fairness verification. Having seen first hand the difference between BC.game’s transparency and the phony smoke and mirrors transparency use by the majority of this industry’s casino operators, I can say with confidence that the bar has been raised.

Do Not Be Fooled

As a community, it is ultimately up to you, the players to demand total transparency and true fairness verification. Just because a game result passes verification, does not mean it was fair. I can not emphasize that last point enough.

Many are not aware that the verification methods offered by almost every casino are only verifying the first step in a process that can have an infinite number of steps taken to generate the game result. If these steps are hidden from the players in closed source code then that casino can not be considered to have fair games.

This begs the question, “Why would a casino go out of their way to produce verification docs and create pages on their site dedicated to tools that only verify one part of their random number generation (RNG), rather than provide code to the entire process?” Good question. I do not have an answer.

How Is BC.Game Different?

This, however, is a question I can answer with 100% certainty. Since its launch, BC.Game has aspired to spearhead the online casino industry into a bold, technology driven future. Built on the belief that trust works best when it is completely removed from the equation. After all, playing at a casino is a competition between the player and the house. For the house to force any player into a situation where they must trust that the conditions of the competition are fair without any input from the player is absolute craziness. Right? Oddly, that describes the majority of the casino industry.

BC.Game has put all the cards out on the table. (terrible pun intended) There are a handful of casinos that have embraced provably fair technology. Some have pretty decent fairness verification methods too, with simple games like Crypto Dice. But when it comes to more complicated game types, especially slots, BC.game has set a new standard.

From the simplest game of Dice all the way up to the very complicated, multiplayer games with various rule sets, BC.Game makes sure that the fairness is explained in a way that is understandable by everyone. You may notice that the modus operandi of most sites is to cram a bunch of confusing code and broken English into a tiny pop-up on the site that serves only as confusion for players. Fairness verification should answer questions, not create more of them.

The content behind this run-on sentence is the open source documentation and explanation of how the results for the new BC.Game exclusive slots called, Savior Sword, are generated. Right about now you should be asking yourself, “Great, a bunch of fancy ass code that I don’t really understand, what good does that do for me?” BC.Game wouldn’t be the industry’s frontrunner of this technology without an answer to that question.

The answer was to call upon the community to create a user friendly fairness verification tool for the new slots game and ALL BC.Game titles. At the time of writing this, there is already a user created and peer reviewed tool for Savior Sword Slots, Classic Dice and Hash Dice. More are surely on the way. It’s never too late to submit your own contribution. Much like nodes of a blockchain, the more community participation that exists the closer we come to consensus of verifying the fairness of all BC.Game bets.

What to Know When Considering a Career in iGaming?

SHIB Coin: All You Need To Know About The Doge Killer!

What to Know When Considering a Career in iGaming?

Chain Blog - May 14, 2021 0
What if you had the chance to be directly involved in online gambling, not as a player but as a professional? Read on before...

SHIB Coin: All You Need To Know About The Doge Killer!