The BC.Game Blog
Home Blockchain Blockchain Terminology and Glossary To Get You Started 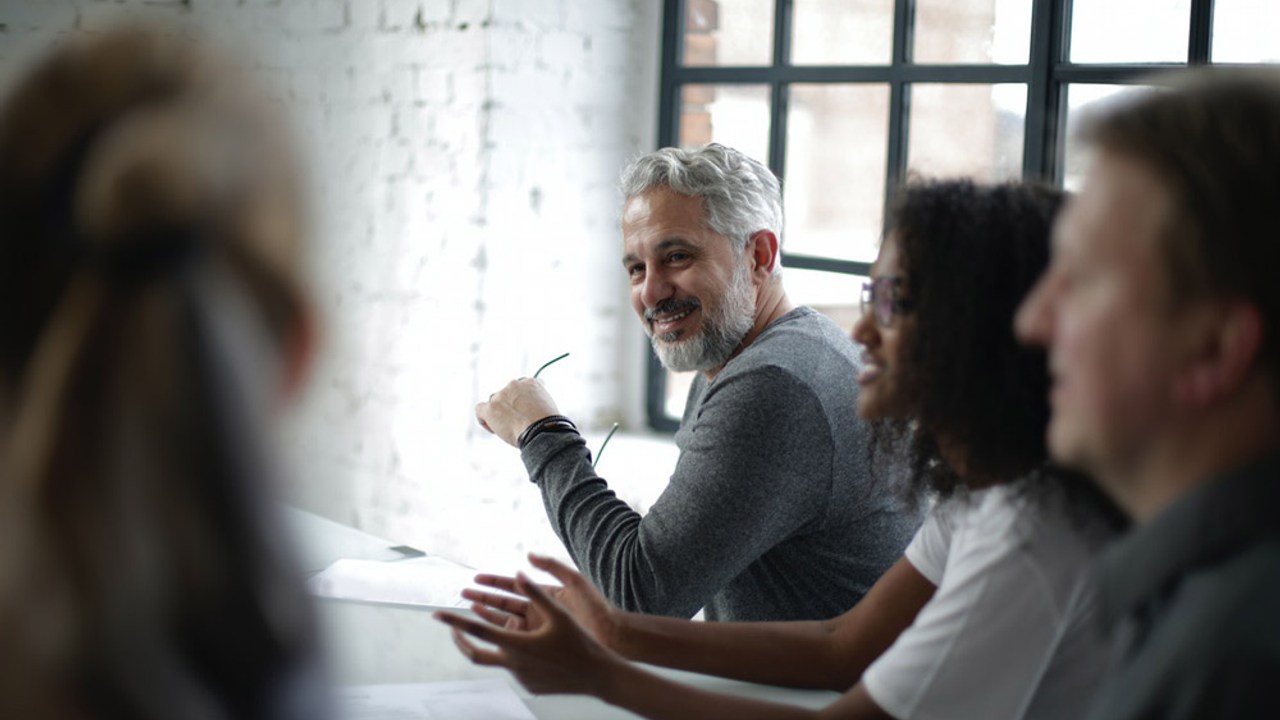 Blockchain is a word passing through the lips of many in all types of industries these days. Blockchain terminology, however, is often misunderstood, or not understood at all. This makes grasping the concept and implementing it, quite difficult.

The concept of blockchain can be thought of as a public, digital ledger. The technology allows users to keep track of information in an unalterable, and transparent way. A network of computers store and add information in the form of blocks. When each block is added it becomes unchangeable and it can only be added after being unanimously verified by participants.

What makes the technology so special and revolutionary is that it is a completely decentralized way of keeping track of information. It has disruptive implications for almost all industries once it becomes widespread.

To get ahead and understand this potentially revolutionary technology, learning some blockchain terminology is a good place to start.

The Most Important Words In Blockchain Terminology

As with most things, blockchain terminology comes with words you can get by without knowing, and others that you simply need to be aware of. The following terms are ones that you’ll need to know to get started. You’ll struggle to get by if you don’t understand these terms. 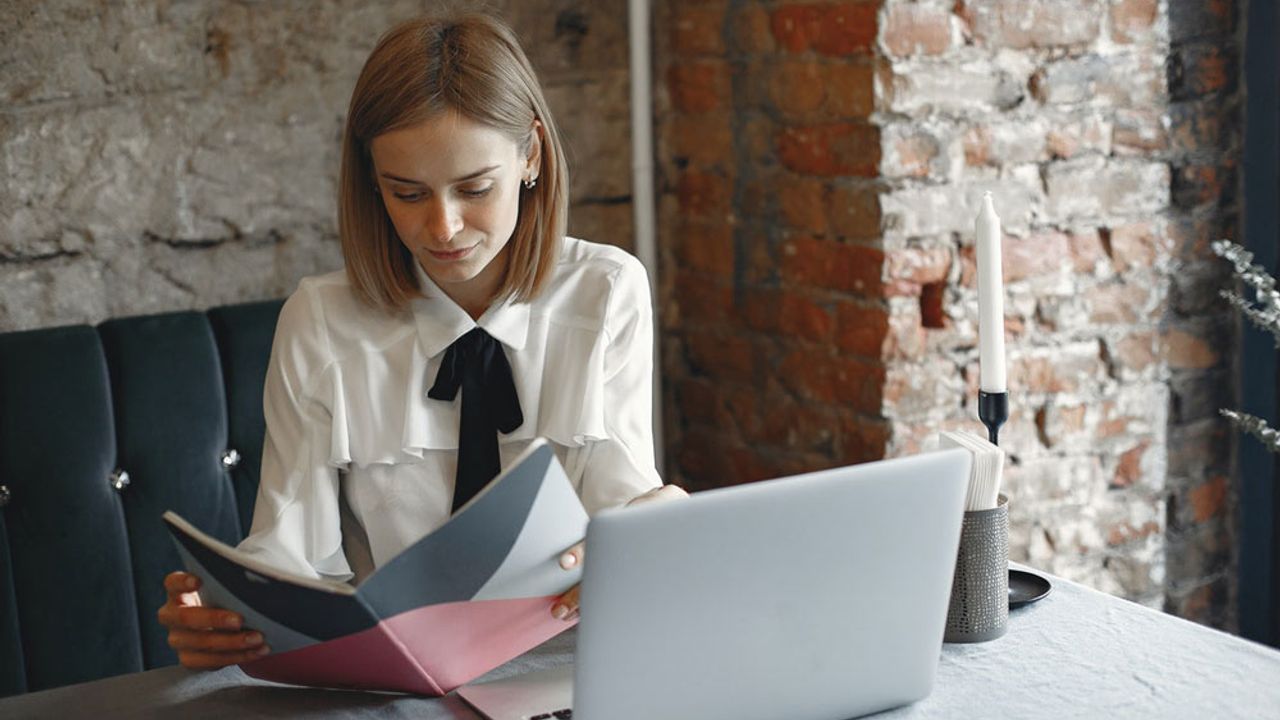 Encrypting data or information is the process of hiding it so that the only ones who can access it are those with a password. Encryption ensures that private information or sensitive data on a database is secure and protected. Transactions on a blockchain are encrypted.

In most ways, cryptocurrency (one of the most important points in basic blockchain terminology) is just like regular money. It is a means through which a person can pay for goods and services. The characteristic that most distinctly differentiates it from regular cash is that it is completely digital.

Since the development of the very first form of cryptocurrency (Bitcoin) in 2009, over a thousand more have been established and are available for use today.

Cryptocurrencies often function on a blockchain.

Bitcoin is a digital form of money and the most popular type of cryptocurrency. It is based on the decentralized, public ledger of a blockchain.

Being a currency that is totally decentralized means that there is no authority (such as a bank) that backs it, controls it, or holds important information about transactions privately.

There is no need for a bank since the currency can be transferred from person A to person A using the peer-to-peer network. This network allows everyone access to the public ledger so that they can see how many bitcoins are in existence, where they come from, how they are moving from user to user, and how they are being used. This means that there is complete transparency.

Complex mathematical problems are solved in order to verify transactions and to create new bitcoins. As these number-crunching tasks are completed, new bitcoins are released as a reward for finishing. This ensures that all transactions are verified and continue to be verified. 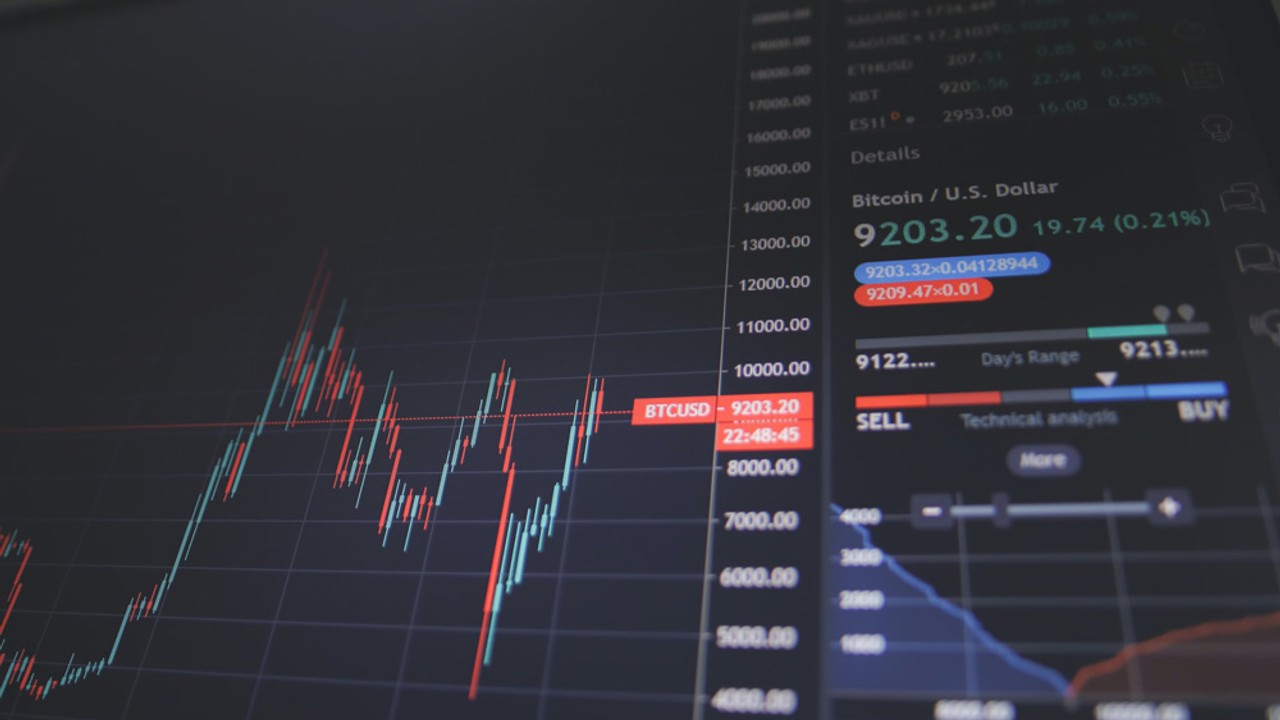 Ethereum is a blockchain application that allows users to develop decentralized ledgers to be used for any purpose they need it for. It was established to move past programming limitations faced by Bitcoin.

The main thing that differentiates it from Bitcoin is its ability to create smart contracts, which can be understood as software that automates and protects the execution of orders which were programmed. In other words, it has a smart contract that self executes; it has terms of the agreement or transaction written into its code.

Ether is the name of the cryptocurrency which is associated with Ethereum. It is the second most popular cryptocurrency, after bitcoin.

The nodes are the network of computers on which the technology runs. Each node on the network stores and distributes the information contained in the chain. Whenever additional information (a block) is added onto the chain, all nodes also receive this addition.

Bitcoins are released into the market through a process of mining. Mining is the act of completing complex mathematical problems to validate and verify transactions on the blockchain and create new blocks. This requires powerful computers. Once the mathematical puzzle is solved, the reward is the release of new bitcoin.

Those performing these tasks are called miners. All miners are also nodes that form part of the chain, but not all nodes are miners. These overlapping concepts can be confusing, which is why you need knowledge of blockchain terminology.

Each block carries its own unique identifying code. This code is called a hash and it functions as a digital fingerprint for the block. A hash is never repeated, and it cannot be changed.

Miners find eligible hashes for new blocks through a process called hashing. They insert random digits into formulae until they discover a hash that is desirable and can function as a signature.

A token (blockchain terminology often used across cryptocurrencies) is a unit of value, or a representation of an asset, which can be used to make purchases. Tokens are sent and received via the technology. 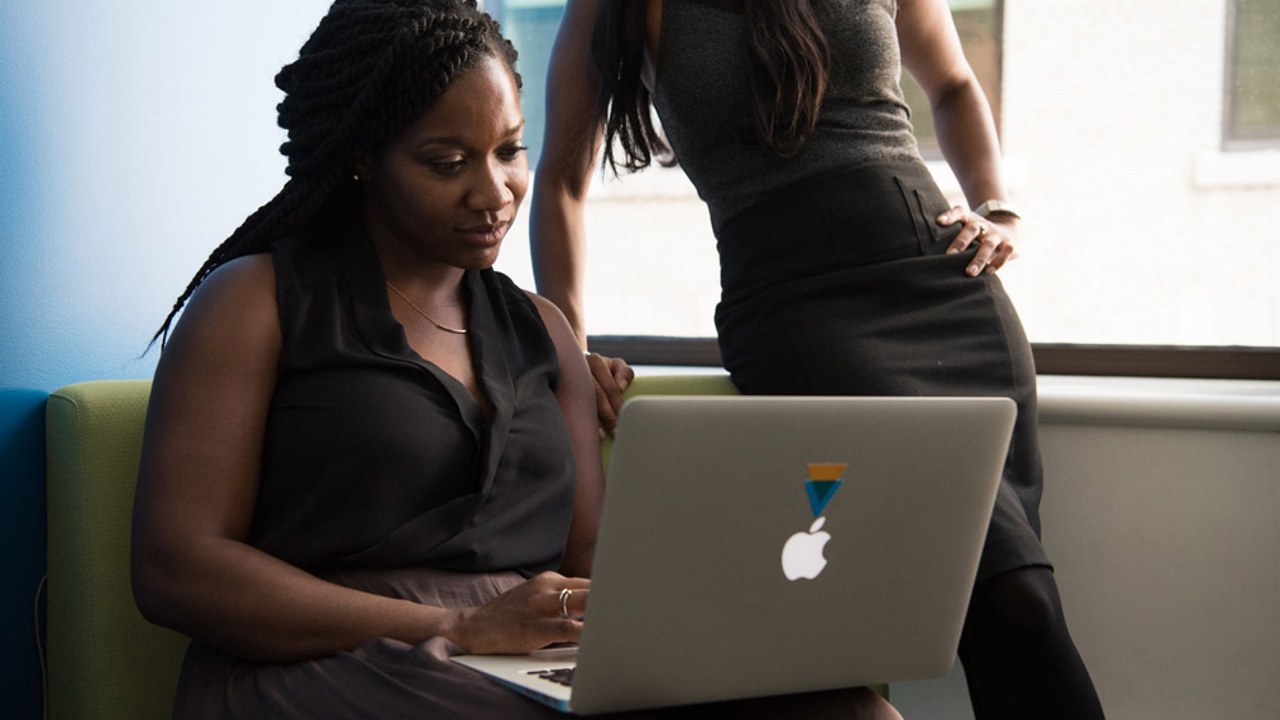 As a participant on a blockchain, you’ll have a public key. This functions in a similar way to an account number for an account you hold at the bank. If another user wants to send you currency, connect with you, or process transactions of any kind toward you, they will need your public key.

Following the bank account analogy, the private key functions as your ATM pin. Only you know your private key, whereas everyone knows your public key. A private key is what you’d use to authorize transactions coming from your public key, directed at other users.

A list of blockchain terminology is incomplete without some more complicated terms and concepts. This helps potential users delve into a deeper understanding of the concept they’re studying and learning.

Below are some of the more complex words encompassed within the realm of blockchain terminology. If you’re able to grasp these, you’ll be good to go. While you may be able to get by without knowing them, it’s better for you in the long term to understand and know as much as you can.

This is an algorithm (consensus algorithm – more complex blockchain terminology) which prompts miners to solve mathematical problems so they can verify transactions. The miner who is first to show proof of work validates the block and is rewarded with cryptocurrency.

Once a miner generates proof of work through a process of inputting various collections of data – including transaction information and clusters of digits – into a formula, and they obtain a preferable outcome (proof of work), it is then tested. The additional miners verify the proof of work by inputting identical information used by the “winning” miner to check if the outcome is correct. 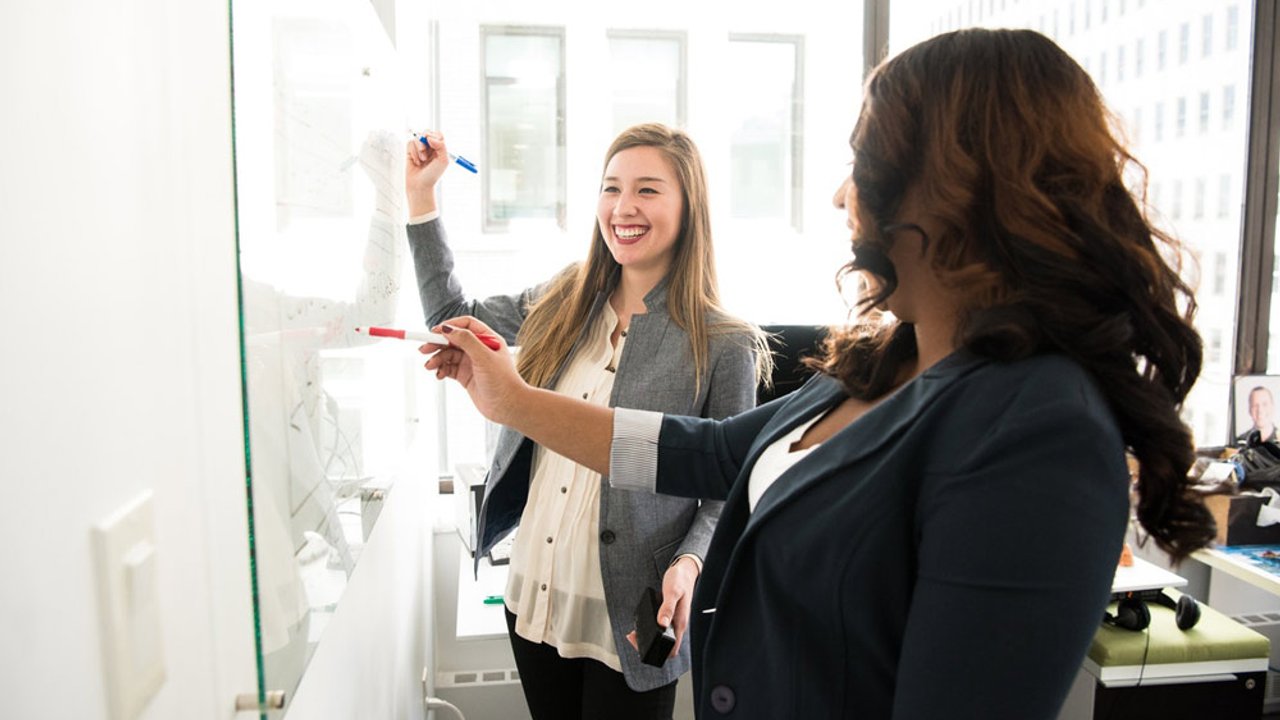 This is another consensus algorithm. However, this one decides who the owner of a new block is and this is based on their stake. Miners stake currency in hopes that they are chosen to validate a block.

The currency that is put at stake by miners functions as a deposit, and this ensures that they validate the block in the way that the rules require. Should they violate the rules, the currency which they have deposited will be forfeited or destroyed. The more technical term for the destroying of currency in this way is “burned”.

A permissioned blockchain only allows certain users or nodes to authorize or validate transactions; it has a central authority. A user needs to be granted permission to access this chain. This type of blockchain is often used within a business to keep track of operations.

On this type of chain, users need not acquire permission to join the network or perform actions. The chain is public, transparent, and has no authority figure.

Bitcoin is an example of a permissionless blockchain. Knowing this blockchain terminology can save you from mistaking the two types.

It is often said that blockchain technology is essentially hacker-proof, which is one of its many selling points. However, it isn’t completely immune to malicious activity. Miners have the power to cheat the system if they form a large rogue collective.

The system of verifying transactions requires a majority of users to agree in order for the transaction to be valid. If over 50% (i.e. 51%) of miners come together, they are able to falsify information, thus launching a 51% attack. This could lead to fraud-like activities and more.

Understanding Terminology Is the Foundation On Which To Move Forward

Like any other subject that you’re learning about, the basics are a great place to start building your knowledge. For those who are new to the technology, knowing commonly used blockchain terminology will be a great help, as it allows you to understand and follow source material with ease.

This list of blockchain terminology equips you with the basics and some extras, ensuring that you’re well on your way to mastering the subject.