The BC.Game Blog
Home Blockchain Cryptocurrency Terminology and Glossary To Get You Started 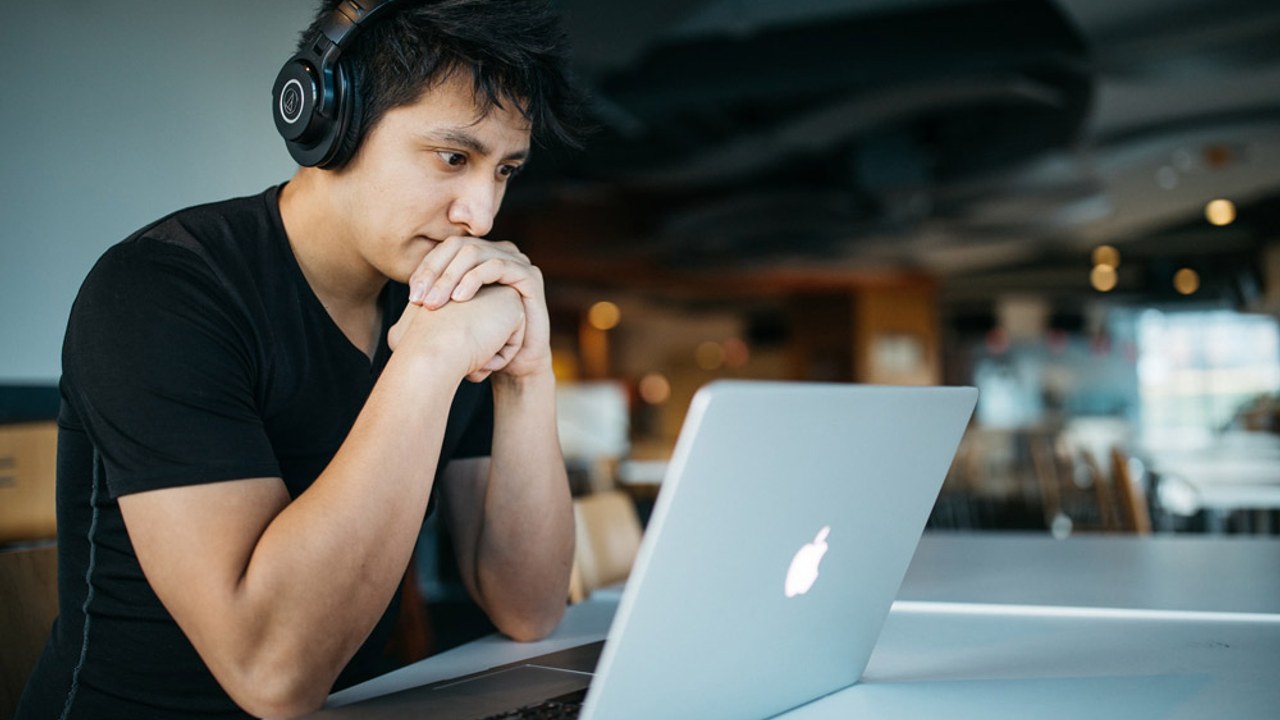 As with any technical area of interest, you will often come across many jargon words and technical concepts. Below we will list important cryptocurrency terminology which you’ll often read in crypto circles. This will help you to keep tabs on the most prominent concepts and words used when navigating this field.

For ease of reference, the terms are laid out in alphabetical order.

This refers to the sender or recipient’s “wallet”. It’s essentially a sequence of letters and numbers representing the destination for you to send and receive cryptocurrency.

Each address is specific to every network (for example, a Bitcoin address for a Bitcoin account).

These are all other cryptocurrencies that aren’t Bitcoin. Following on from its success, altcoins were developed to improve on Bitcoin’s perceived failures and act as alternatives.

The highest price a particular currency has reached.

In cryptocurrency terminology, arbitrage is when traders take advantage of price differences between different exchanges. Even modest differences can reap rewards.

A crypto market that either stagnates or trends downward. 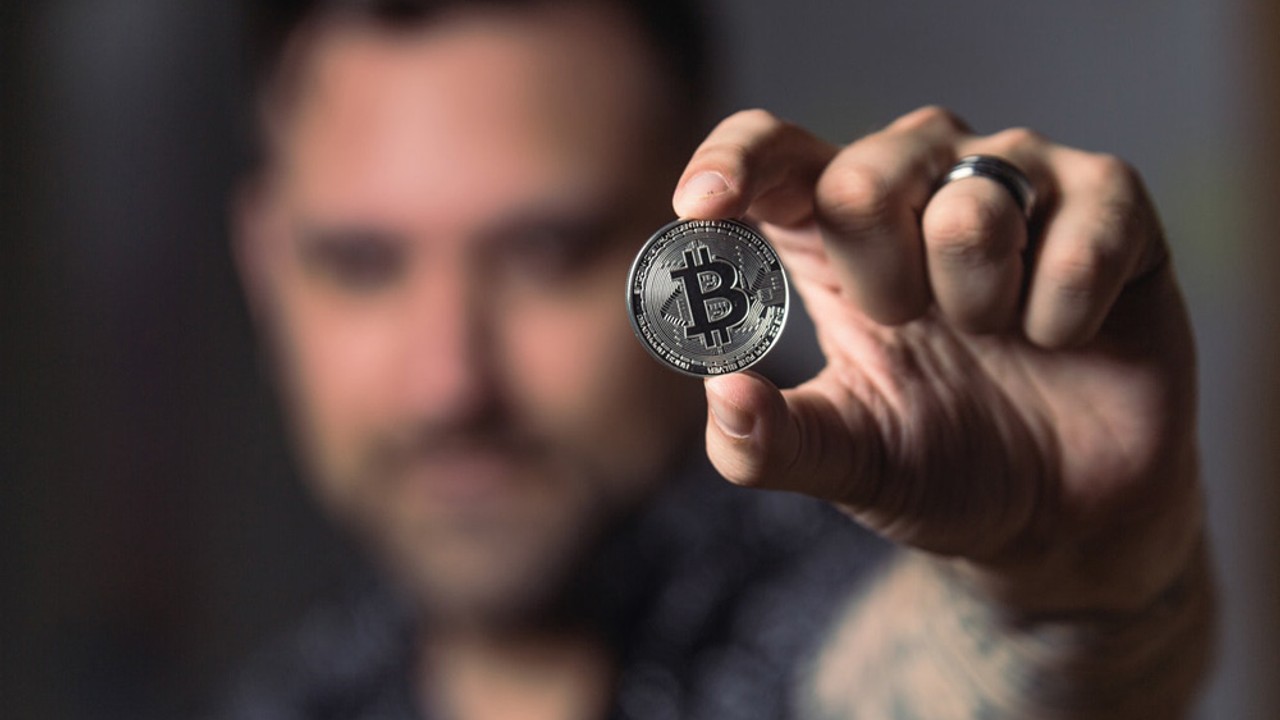 A grouping of transactions all confirmed (verified) and put together before being tagged onto a blockchain.

A distributed and digitalized public ledger. This is where most cryptocurrencies’ transactions and balances are recorded in the form of sequentialized blocks of verified transactions protected by cryptographical hashes. These transactions are immutable.

In cryptocurrency terminology, trading bots are programmed software which allow the execution of trades on market exchanges without the supervision of a person or entity.

The opposite of a bear market: this is when prices trend upward.

A typical mantra, it’s good to buy low and sell high (and avoid the opposite).

In cryptocurrency terminology, this is a form of digital currency used in the crypto ecosystem. It represents one unit of the particular currency. While the term coin is often used interchangeably with the term token, some currencies specifically use the term token as opposed to coins (such as Ethereum’s Ether token).

A currency, used as a medium of exchange, which is reliant on cryptographic technology.

The technology behind the secure encoding and decoding of cryptocurrencies. It’s more fundamental to crypto than the currencies themselves.

Public-private key cryptography is the norm in exchanges. The public key is a publicly known address where cryptocurrencies can be received. The private key is known only to the owner of the public address and is used by the owner to access their currency. Both public and private keys are information represented as unique strings of numbers and letters. 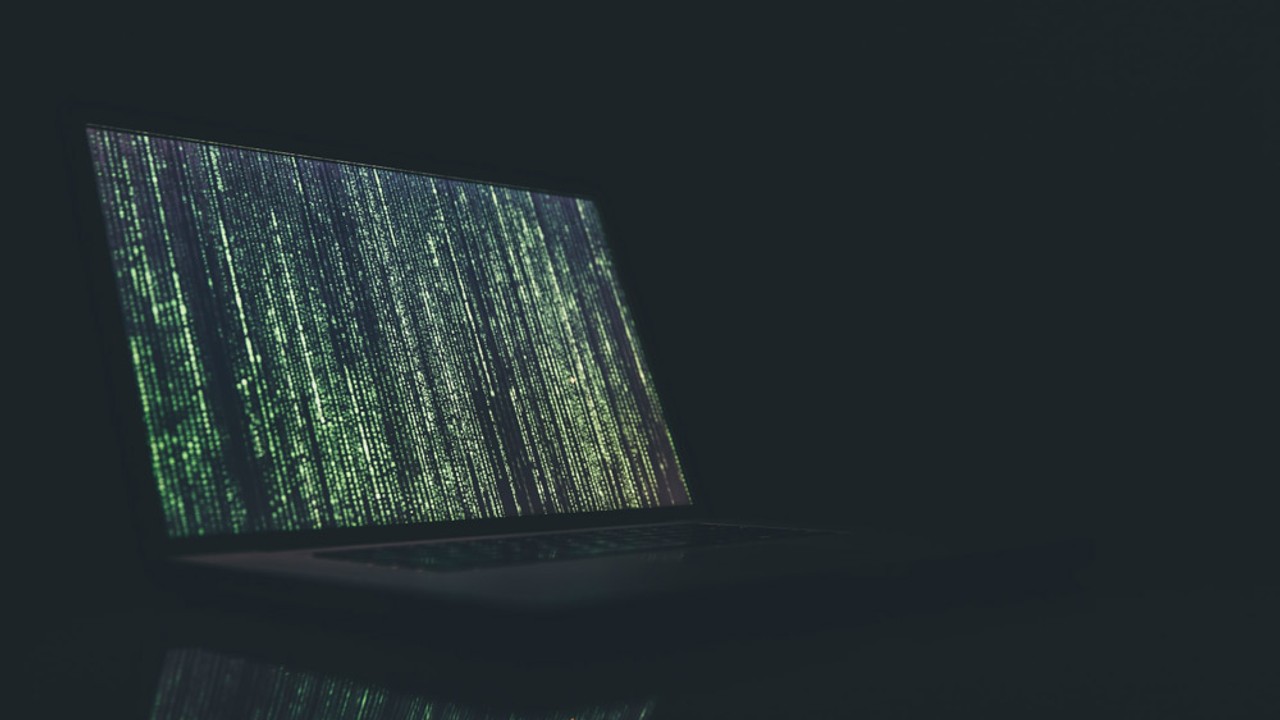 A line that assists traders in tracking trends that incorporates price behavior over time.

In cryptocurrency terminology, this refers to a change in a cryptocurrency’s protocols. The developers of a currency can update its protocol now and then, thus “splitting” the software. This results in both hard and soft forks.

Hard forks create two separate but identical versions of the previous software but are now treated as separate blockchains that change over time.

Soft forks are simply updates to the underlying software, usually on the software that operates on the blockchain.

In cryptocurrency terminology, it refers to the method of researching and evaluating the intrinsic value of a currency. This is done by complementing price movement data from technical analysis graphs with external factors. Anything that could meaningfully influence the price of the currency in question, such as news or information on its creators is analyzed.

If a trader is “going long” (or “taking a long position”), it means that they are betting a currency price will soon increase in value (or appreciate).

This is a line of characters that represent a particular cryptographic key. These are generated by hash algorithms to incorporate data into these hashes. Any modification to the hash changes the data, and vice versa.

Unique to cryptocurrency terminology, this is an acronym which many in the world of crypto take to mean “Hold On for Dear Life”.

It was a meme that was spread through a misspelling of the word “hold” on an old forum post. You would HODL if you want to come out the other side of a fluctuation in the market holding onto your currency. 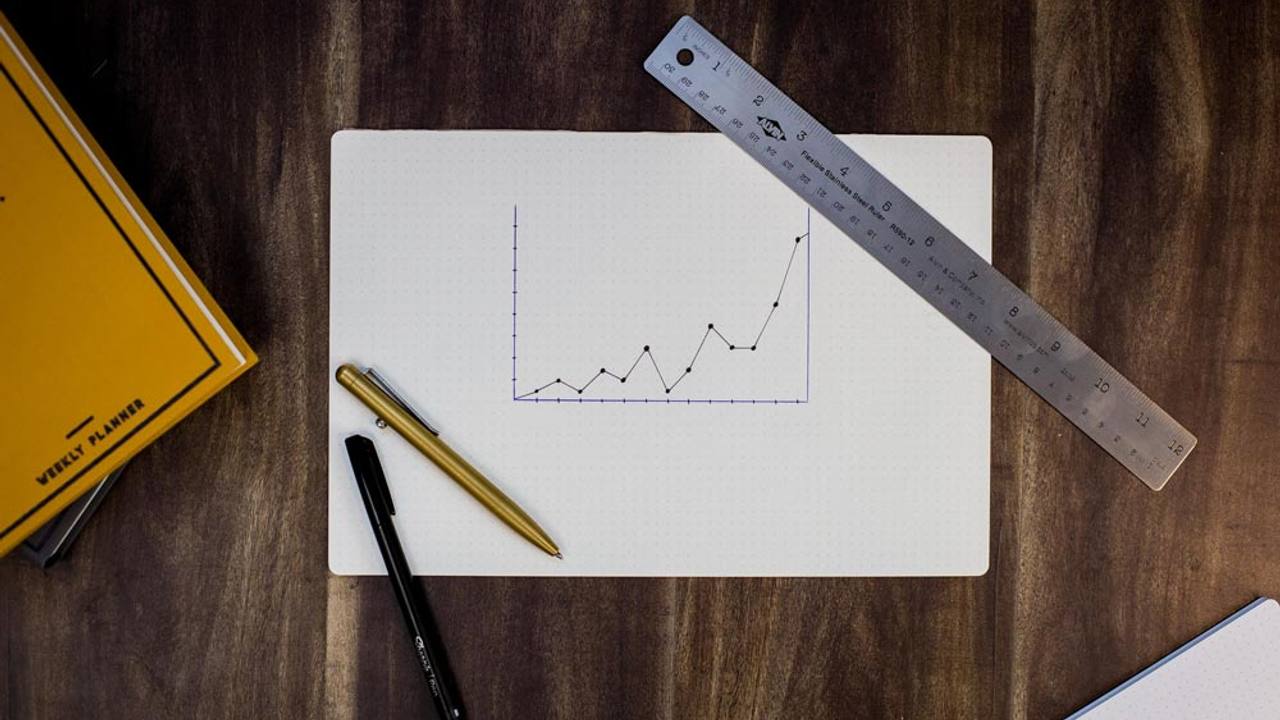 This is the process of raising money for the distribution of a new type of token, popularized by Ethereum. Tokens are offered in return for investment.

Transactions done as quickly as possible at the current market price.

The general price of a currency at a given time.

In cryptocurrency terminology, this is the act of solving cryptographic puzzles with software in order to confirm transactions, then adding them to the public ledger. Miners get rewarded with coins for performing this action.

A word unique to cryptocurrency terminology, this is when the price of a particular currency increases quickly. The joke being, the price goes through the stratosphere on its way to the moon.

Any server or computer hosting the distributed blockchain. These distributed nodes maintain the integrity of the public ledger.

This is pretty much what it says – selling in a panic when the currency prices are low and seem to be going further down. It is an example of how emotions can have an effect on the market.

The investment of time and power to perform crypto mining. It’s seen as the proof needed to show that work has been done, after which this is exchanged for coins.

The coordinated effort to pump coins into the market to raise their value, thereby inflating the price artificially.

This is why sudden growth in cryptocurrencies must sometimes be treated with skepticism before buying into the sudden rush. Some PND tactics do increase the value of a coin over time, however, they typically cause instability in the market.

The efficiency of your investment in the crypto market, usually in the form of an increase in profit.

An indication of the oscillations in the market over time. It’s used to track price gains and losses data over a period in order to glean the pace and movement of price fluctuations.

If you “short”, you would bet that a particular currency’s value price is going to fall or depreciate soon. Shorting can result in large profits, but is extremely risky due to the volatile nature of the market. 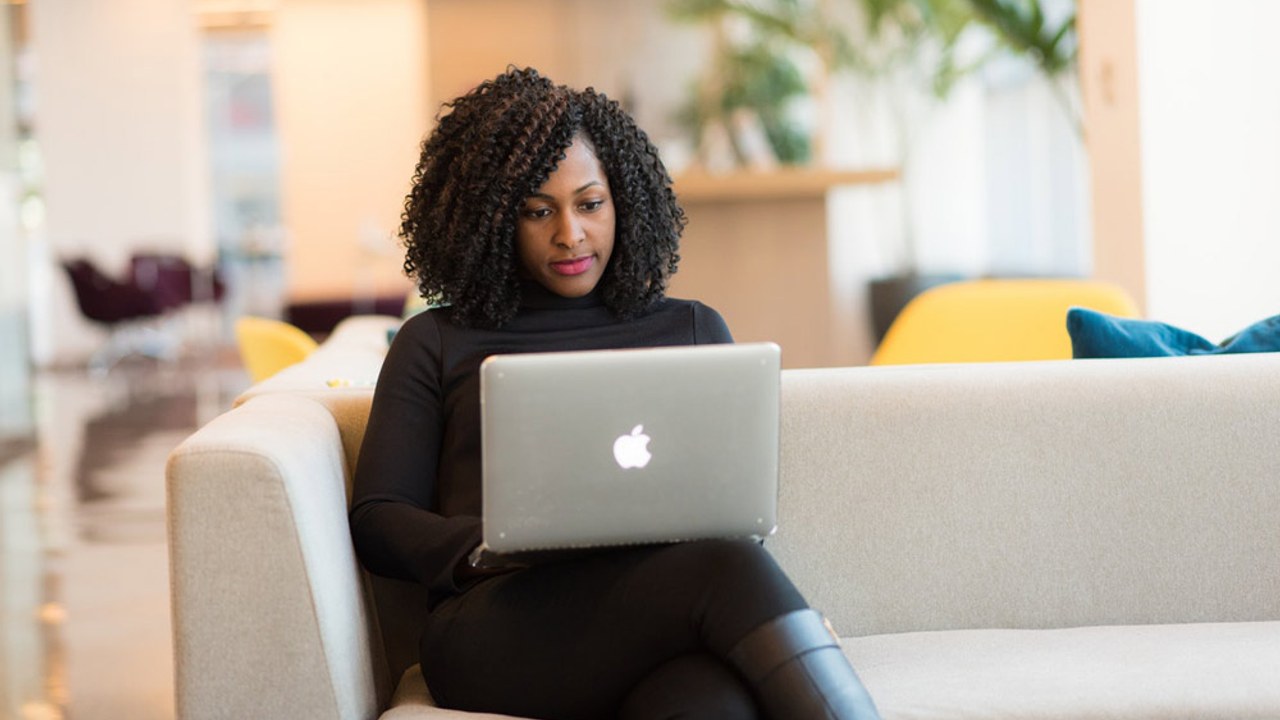 In cryptocurrency terminology, this is a contract in the form of software. It has the same functions as a regular digital contract, but now with the added functionality of the decentralized blockchain system.

The difference between the highest and lowest bid on a cryptocurrency.

This is the limit set for when a particular price is reached to prevent further losses on a currency. It limits any potential losses to a predetermined and acceptable range.

This form of analysis is different from fundamental analysis. In cryptocurrency terminology, technical analysis is the scientific activity of future trend prediction in cryptocurrencies. Past data (typically price and volume) of a currency are used to ascertain future price movements.

It’s the go-to for cryptocurrency speculation, but should be complemented with fundamental analysis and others to ensure predictions are as strong as possible.

In cryptocurrency terminology, this is a form of digital currency used in the crypto ecosystem. It represents one unit of the particular currency. The word token can be used interchangeably with coins, but not always (such as Ethereum’s Ether token).

Information in cryptocurrency networks is tokenized. This means that they are encrypted and altered into strings of data, which can then be stored on the distributed blockchain. Tokenization is this very act of encryption and alteration into data strings.

For crypto to exchange “hands”, data is added to the existing blockchain to represent this exchange. This process is known as a transaction.

This is the unique number ascribed to each transaction to allow for easy tracking.

These are investors in cryptocurrency with large capital behind them. They usually have many coins or tokens, and can, therefore, influence the market considerably. The joke goes that whales “make waves” in the market.

When cryptocurrencies are created, their developers often provide white papers. These are documents that provide information about the currency and detail the technology which supports it. When contemplating an ICO, white papers are often essential reading before the decision can be made.

Having a handle on cryptocurrency terminology while navigating the waters of the marketplace can only help ensure proper investments are made. Terminology can change, so any potential traders can benefit from sufficient research and keeping up with the latest information. In light of this, our glossary and list of terminology should help you stay informed.