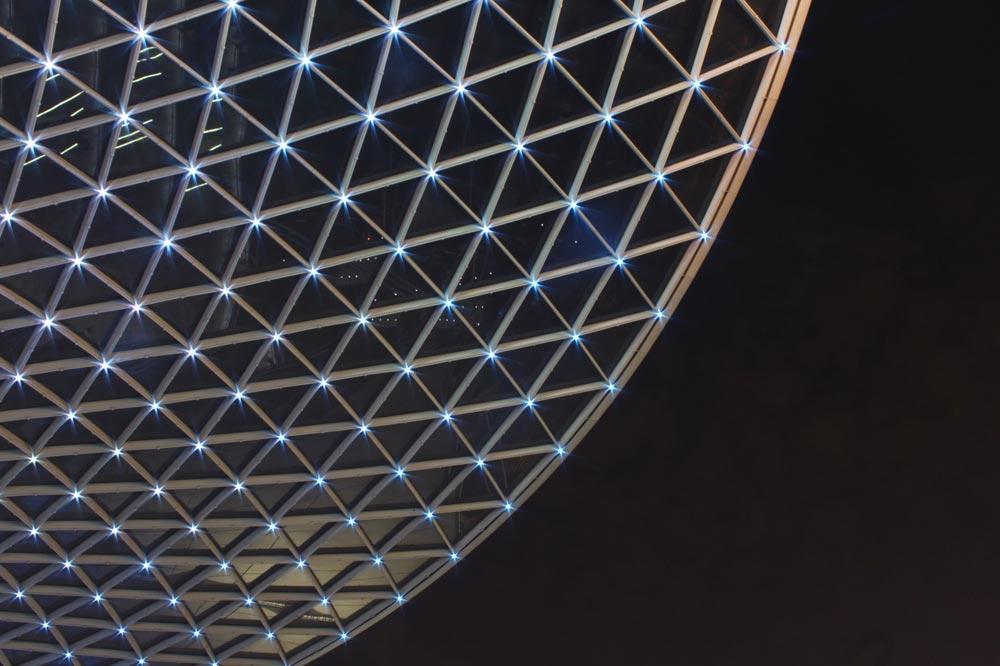 Bitcoin and Ethereum are the most prominent blockchains currently available. They allow trustless transactions, decentralized apps like crypto gambling on the best crypto casino, and provide traders with viable investments.

But, both use the proof-of-work protocol, which requires users to mine for coins using energy-wasting rigs that use more electricity than small countries.

The Cardano network attempts to end this waste by introducing a blockchain that uses the proof-of-stake protocol.

Here we will look at Cardano staking, how it works, ADA, and a few of its competitors.

Cardano is a blockchain network that uses the proof-of-stake consensus protocol to verify and add new blocks to the network. The developers aim to develop it into a decentralized application (dApp) development platform. The co-founder of Ethereum, Charles Hoskinson, created the network when he split from the Ethereum development team.

A global team with expertise ranging from programming to game theory developed Cardano. All their research and technical specifications are available to the public. Essentially, the designers want to create a blockchain project that is open and transparent.

IOHK and other partners are also involved with the development of the network, but ultimately the developers want the community to run the blockchain after it reaches decentralization. The community can run and control the network through Cardano’s advanced governance features.

The developers of the network decided to roll out the platform in phases instead of releasing the entire network at once. Doing this allows the team to release code with fewer bugs, code that is more secure, and more efficient. Currently, Cardano is in the Shelly phase, which we explain in more detail below.

The project entered the Shelly phase, upgrading the Cardano network from a centralized to a decentralized blockchain when a hard fork occurred. Shelly introduces delegation, incentives, and rewards to grow the community. Accordingly, the network now allows more community nodes to join the network.

Furthermore, the developers of the network have published a roadmap for the development of the platform. There are five development eras, namely Byron, Shelly, Goguen, Basho, and Voltaire. Each one sees the implementation of new features and functionalities with many code releases. The developers release each era sequentially but work on each era happens simultaneously.

Those interested in the development process can visit the Cardano site to see the goals, functionality, academic research, and real-time code for each era.

The Cardano network has a native cryptocurrency called ADA. It is named after Ada Lovelace, a mathematician, and the first computer programmer from the 1800s.

Users on the network can hold ADA in their wallets. Holders can use ADA for Cardano staking by either joining a stake pool or creating their own.

ADA is available on most crypto exchanges, and users can purchase ADA with fiat currencies or other major cryptocurrencies.

Currently, ADA’s price closed at $1.1096, and Wallet Investor predicts it will reach $2 in 2023. Because the blockchain requires more nodes for better decentralization, ADA’s price will increase. It is already showing steady growth in the Shelly Phase, which only allowed community nodes in June 2020.

ADA holders also need to secure their funds, so they should store their ADA in a wallet. They can choose from a browser-based wallet like Yoroi or a full-node wallet like Daedalus.

ADA holders can choose from 2 wallets for Cardano staking. These are Daedalus and Yoroi. Both allow Cardano staking without having to withdraw their funds.

The Daedalus wallet is a desktop wallet. It contains a full copy of the Cardano blockchain (full node) and can monitor and validate every transaction on the network. It does not rely on third-party servers, which means it is secure and creates a trustless system.

Additionally, the wallet encrypts all private keys and spending passwords, which protects holders from cyber threats.

Holders can also export their private keys to paper certificates, which is the ultimate form of cold storage and the most secure.

Moreover, they can back up all their information, which allows holders to recover their funds. They can also monitor transaction assurance levels, so holders can see when their transactions become irreversible.

Finally, the wallet also contains an option for joining a suitable stake pool.

Accordingly, holders can install Yoroi on their mobile phones or install an extension from their web browser. Also, holders can transact much quicker because their transactions are not validated across the network, just a specific section.

Finally, Yoroi has a host of security protocols to prevent cyber-attacks, and private keys are not shared with any third parties.

What Is Cardano Staking?

The Cardano network runs on the proof-of-stake protocol, which means that there are no miners on the blockchain, but validators. Also, with no mining, the network consumes less electricity and does not require validators to have robust and expensive mining rigs. They only need a consistent internet connection and average computer specifications.

Of course, the network needs stake to grow, so ADA holders can choose to use their ADA for Cardano staking. They gain rewards for doing this. The size of the stake in the network is directly proportional to the amount of ADA a user or validator has.

Cardano staking runs on a cyclical basis. Every five days, ADA holders receive rewards if their stake contributed to a new block. Some epochs result in no new blocks, and holders and validators will not receive any rewards.

Additionally, Cardano has separate addresses for spending and staking, which means that holders can keep their ADA in a wallet even if they stake it. Also, there are no fixed terms for Cardano staking. So, holders can withdraw their ADA at any point.

How Does Staking Work?

The Cardano network relies on staking pools because if the network allowed individual nodes to gain rewards without joining or creating a stake pool, the network would not have enough node operators to build a successful network.

This is the simplest way for Cardano staking on the network. It only requires a holder to delegate their ADA from their wallet to an existing stake pool. Holders do not need to monitor their stake 24/7, which means they do not need a constant internet connection. Additionally, most pools do not have a minimum staking amount.

Lastly, ADA holders who stake their funds receive their rewards automatically. This means that they can keep their original stake with the added rewards and earn even more ADA.

The Cardano requires users to have specific technical abilities before creating a stake pool. They need to be able to run and maintain an operator node 24/7. They need server administration skills, experience with system operations, and development and operations.

Moreover, they need a reliable internet connection. They do not need to own or stake ADA; they just need to provide their technical expertise to other users in the pool.

A slot leader’s job is to receive and listen to the transactions created and multiplied by the nodes on the network. They then need to form a block from those transactions and sign the block using their private key. Finally, they publish the block to the network.

How Are Slot Leaders Chosen?

The Ouroboros Protocol has to elect slot leaders to form new blocks and grow the network. Only stakeholders can win an election and become slot leaders, but not all stakeholder nodes qualify for elections.

A stakeholder node needs to have at least 2% of the total stake to run for slot leader elections. Various nodes have this 2%, and they are electors.

Once confirmed, slot leaders cannot change. Also, an elector can win more than one slot during a cycle. Additionally, if a slot leader does not perform their functions, namely, forming a new block, they lose their privileges. This means that they would need to run for election again in a new cycle.

How Does Cardano Staking Build On The Network?

During the Shelly phase, the Cardano developers introduced decentralization on the network. They emphasize the use of staking pools to grow and further decentralize the network.

Accordingly, a Cardano staking pool could grow larger and larger, causing other nodes and staking pools to have fewer opportunities to become slot leaders and ultimately receive fewer rewards. This would cause the network to have less decentralization because one staking pool determines what happens on the network.

The Cardano team predicted this and has included some contingencies to prevent a stake pool monopoly.

Firstly, the larger a stake pool grows, the fewer rewards the stakeholders will receive. This means that there would be little benefit for stakeholders to join an already bloated stake pool. Therefore, they would have to join or create other stake pools to ensure that they receive acceptable rewards. Accordingly, scaling rewards could prevent a stake pool from dominating the network.

Secondly, staking pools do not have much control over network governance. And during the Shelly phase, only genesis key holders can vote on changes to the network.

The developers have also mentioned the prospect of creating enterprise addresses for large crypto exchanges. This would curtail these exchanges from staking their large stores of ADA and dominating the network.

Cardano has two main competitors who take different approaches to the proof-of-stake protocol.

The first is Tezos. Kathleen Breitman and Arthur Breitman have been developing Tezos since 2014. It raised over $232 million during its ICO, but all collected funds are in the Tezos Foundation.

Tezos uses a similar proof-of-stake protocol as Cardano, but the network does not automate the payment of the rewards. It is up to block producers to pay stakeholders to help form a new block. This means holders might not receive the rewards they are entitled to.

The second is EOS. This is a centralized network that uses stake as voting power. There are only 21 block producers allowed on the network, and they have the right to stop accounts, create transactions without user approval.

Stakeholders become block producers relative to the stake they have on the network but differ in the power given to a block producer. Each elected producer has equal power, but the number of votes they receive determines their rewards.

The Cardano network represents a blockchain network that is attempting to move away from the energy-wasting proof-of-work protocol.

Users can easily do Cardano staking for ADA using their wallets and earn rewards by joining or creating stake pools.

With its proof-of-stake protocol, publicly published research, and code, it offers users an open, transparent, and environmentally friendly alternative to popular blockchains like Bitcoin.