The BC.Game Blog
Home Beginner Guides How To Play Online Poker For Beginners 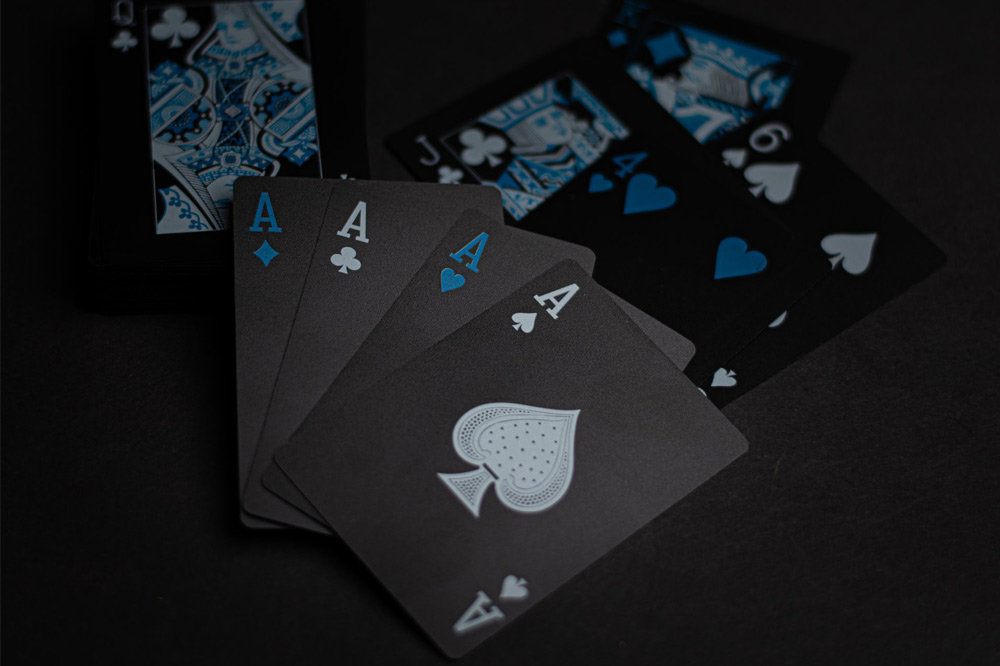 If you’re here researching poker for beginners, then know that very little beats the thrill you get when playing a great poker game. It’s a popular pastime the world over, with many variations attracting gamblers from across the globe.

Online poker is the same as traditional poker, and learning the game is relatively easy once you understand the card values, rankings, and combinations. When players look for the best crypto casino, one of the first things they look for is the poker variations on offer.

Playing online can be an exhilarating experience as you discover new ways to improve your gameplay and develop your skills and knowledge. Read on as we give you the low down on how to play online poker.

To fully grasp the poker concepts for beginners, it is crucial to understand the card values, rankings, and combinations. These hand rankings will always be the same regardless of which variety of poker you choose to play.

Newbies make most mistakes because they think they have a winning combination when they don’t. Understanding how the cards rank is necessary before committing your crypto at a poker table.

Here are the rankings from lowest to highest.

A high card in a five-card combination does not form any combination.

The same concept applies to subsequent cards – until a winner is found.

A pair consists of a hand where you have two cards of equal rank and three different cards that do not match these or each other.

When comparing two hands from opposing players, the hand with the higher pair has the advantage.

While one pair means two of the same cards of equal value are ranking in a five-card combination, a hand with two pairs means two cards of different values coupled with an odd card to total five cards are ranking.

When comparing hands with two pairs from opposing players, the player with the highest pair wins. It doesn’t matter how the other cards that the player holds rank in that combination.

With three-of-a-kind, a player will have three cards of the same rank together with two different cards to total their five-card combination – also known as Trips.

When comparing two three-of-a-kind combinations from opposing players, the player with three equal cards of higher rank has the advantage.

When comparing two three-of-a-kind combos from competing players where the sets of three are of equal rank, the higher of the two remaining cards in each hand is compared.

The same idea follows for subsequent cards until a winner is found.

If your five-card combination consists of mixed suits that appear in a sequence, you have got a straight.

When comparing two straight sequences from opposition players, the player with the higher ranking top card is declared the winner.

When a player gets five cards of the same suit, e.g., all hearts, this is classified as a flush.

When comparing two flush combos from opposition players, the highest card of that suit determines who has the advantage. If the highest cards from different players are the same, then the second-highest card is compared.

The same concept will follow with the subsequent cards until a winner is found.

If a player has a combination of three cards of one rank and two cards of another rank, this is a full house, e.g., three Kings and two Jacks.

When a player draws four cards of the same rank, this is referred to as four-of-a-kind or quads, e.g., four Queens. The fifth card in this combo will not play a defining factor in the outcome.

In the rare event that different players each have a four-of-a-kind combo, the four cards of the higher rank will hold the advantage.

A straight flush is a combination of both the straight and flush rankings. In essence, a player’s five cards would consist of five cards of the same suit, all in sequence.

If there is a situation with two straight flushes from opposing players in the same round, the straight flush with the higher ranking will hold the advantage.

A royal flush is the highest poker combination you can get and is a real treat when you are on the receiving end. This once-in-a-blue-moon combination consists of an ace, king, queen, jack, and ten in the same suit.

In the most unlikely scenarios, two royal flushes from opposing players will give neither of those players any advantage, as all suits are equal in rank. If this should be the case, the pot will be split between the recipients of the royal flushes.

Rankings play an important part in educating yourself on poker for beginners. Now that you know more about them, you are ready to get started with some gameplay.

Although the rules differ slightly amongst the poker variations, your knowledge of the card rankings will make each variation relatively easy to learn.

The most popular poker variation globally is No-Limit Texas Hold ’em. Most online casinos offer it.

Make sure to read up on the rules of each variation before starting your gambling session, as key differences may affect your strategy.

Players can choose the format they would like to play in for many poker variations on offer. Some formats require you to devote more time than others, so it is important to choose wisely.

Poker tournaments are incredibly popular at crypto casinos and usually require you to have lots of time on your hands.

Many players will join the tournament before the start time and be placed across multiple tables. You start the tournament by getting a stack of chips and facing off with your opponents at a specific table.

As players get eliminated from each table, the tables are combined, and you join players from other tables to continue your session.

It is like mini-tournaments within one large tournament in a knockout format. The winner is the player left standing on the final table once all other players have been knocked out – a gratifying and ego-boosting experience.

Although online poker tournaments take the longest to complete, it is the most cost-effective way for gamblers to maximise their casino credits while offering a massive payout if they are the last player to survive.

Sit & Go consist of a small tournament with just one table and a fixed number of players. The game starts once all seats at the poker table are taken.

Players would typically buy in and get a stack of chips in return, and all players would start the game with the same stack of chips. This format also works on a knockout basis, although you would only need to knock out those players at your table to win the prize.

While you don’t need as much time as you would for a tournament, Sit & Go’s still require you to be at the table as long as you have chips – meaning the game could go on for prolonged periods.

The last remaining player is declared the winner, but some Sit & Go tables offer a consolation prize to the runner-up.

This variation is an attractive option for players who like the thrill of a tournament without spending as much time to enjoy a profit.

Remember that your winnings won’t be as high as in an online tournament.

Cash games can be described as the original form of poker, as players can join a table once there is a vacant seat and buy as many chips as they wish – usually determined by the size of their bankroll.

These games can be rather exciting because all players have different chip stacks, which will directly affect their strategies.

High-rollers can afford to be more aggressive at the table, while those with short stacks may play cautiously.

Crypto casinos usually offer different poker cash table options with a minimum buy-in to join that table. With this arrangement, high-rollers usually play on tables with higher buy-ins, while those players on a tight budget can enjoy their session with like-minded gamblers.

If you opt to play a cash game of poker, it will be regarded as a table stake game. In essence, this means that your maximum bet for any specific round cannot be more than the number of chips at that table.

Cash games give you the flexibility to top up your chip stack if you are running low, and you can choose to leave the table at any time – perfect for those who love a quick game of poker in between their busy day.

Poker for beginners can be a daunting affair if you don’t understand seasoned players’ lingo. While you won’t physically hear your fellow players at an online table, these terms will be bandied about at the table, and you must know what they mean to maximise your gaming session.

Make sure to read the rules for the Poker variation of your choice to pick up the specific terms for that game.

Unlike most other crypto casino games that rely on luck, online poker requires a lot of skill. This means that you are in control and have the power to make it a profitable experience.

The rules of poker for beginners can be challenging at first. But they’re simple to learn, and the games can become quite addictive once you get the hang of them.

Make sure to pick up some strategy at BC.GAME’S blog before heading off to the poker tables. Good luck!