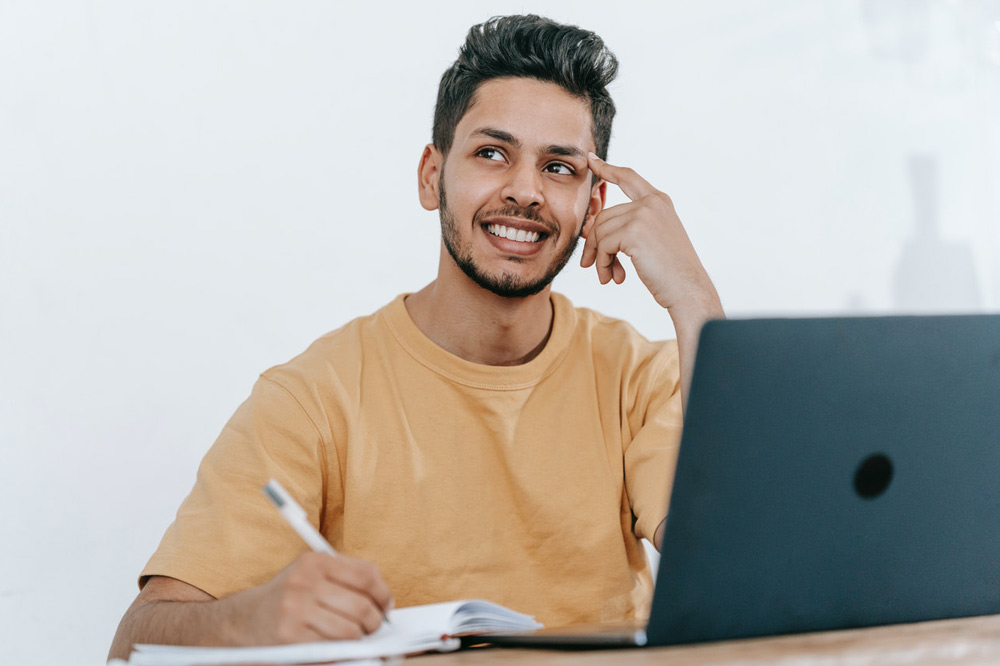 If you are looking into investing in Cardano vs Ethereum, we have put together an extensive comparison to give you all the facts.

Blockchain technology started as a vehicle for Bitcoin. This decentralized cryptocurrency disrupted the finance sector with its focus on decentralized transaction verification.

The second-generation blockchain, Ethereum, took this a step further with smart contracts. These contracts allowed for the development of decentralized financial services. And allowed crypto gambling services to run on the best crypto casino.

The third-generation blockchain, Cardano, relies on a consensus algorithm that is eco-friendly and faster than Ethereum.

Let’s get stuck in and compare Cardano vs Ethereum by looking at their history, price movements, technology, roadmaps, and price predictions.

Vitalik Buterin, along with Charles Hoskinson and other collaborators, launched Ethereum in 2015. This second-generation blockchain network operates similarly to Bitcoin. It is a distributed public ledger that verifies and records transactions.

It does not rely on a central entity to process transactions. Instead, it uses a consensus mechanism called Proof-of-Work to determine which groups of transactions get appended to the network.

Furthermore, Ethereum improves on the Bitcoin blockchain because it allows users to create and execute smart contracts on the network. Smart contracts are self-executing agreements between parties using the security of blockchain technology.

The Ethereum Foundation, a non-profit entity, launched Ethereum’s native token, Ether (ETH), in July and August 2014. It ran a crowd-sale where it sold 72 million ETH and earned $18 million. Since then, ETH has become the second biggest cryptocurrency behind Bitcoin, with a market capitalization of $386.70 Billion.

Charles Hoskinson (co-founder of Ethereum) and Jeremy Wood created Cardano in 2017. Hoskinson sees Cardano is a third-generation blockchain network because it uses the Proof-of-Stake consensus mechanism to verify and append transactions to the network. Proof-of-Stake uses far less energy to operate than the high energy use of the Bitcoin and Ethereum networks.

Furthermore, Cardano has a native cryptocurrency, ADA. The Cardano developers created 31 billion ADA coins and sold around 26 million to investors in 2015. It launched at $0.02, but currently, its price is over $2.

Moreover, three organizations oversee the operations of the Cardano project. Firstly, the Cardano Foundation handles the development of the Cardano blockchain. Every proposed improvement to the network requires academic research and peer-reviews before its implementation.

Lastly, Emurgo promotes the Cardano project to potential investors, governments, and other organizations. Cardano has already formed partnerships with the government of Georgia and Ethiopia.

In 2021, these cryptocurrencies continue to grow in value, and they have reached record highs in their respective price ranges.

Ethereum is the home of Decentralized Finance, and in 2021, the sector has boomed. DeFi applications allow users to earn passive income, obtain loans, and sell NFTs on marketplaces.

Accordingly, the DeFi boom has launched ETH to new heights. DeFi users need to use this coin to perform actions on DeFi applications, so demand was through the roof during the first half of 2021. To illustrate, ETH was $1385.5 in January. It reached a record high of $4362.35 on May 12th but corrected to $2407.61 by the end of May.

Large financial institutions contributed to ETH’s rally in May as more companies began investing in Bitcoin. Historically, if there is an uptake of Bitcoin trading, other cryptocurrencies also increase in value.

But technical developments can also contribute to price increases. This is evident from Ethereum’s London hard fork, which changed the process for determining gas fees for block allocation. After the hard fork’s implementation on August 5th, 2021, ETH rose by 4% compared to Bitcoin’s 3% over 24 hours.

Since its correction to $1730 in mid-July, ETH has grown in value since then. At the beginning of September, ETH closed at $3834.83. This was primarily due to the London hard fork.

In August 2021, ADA picked up pace as the price rose by 16% on August 13th to $2.14. This propelled ADA’s market cap to over $65 billion. This placed the cryptocurrency just below Binance Coin (BNB) and Tether (USDT) among the top-ranked coins by market cap.

On August 20th, ADA reached a new all-time high of $2.58. This pushed its market capitalization beyond $70 billion. These increases came after an announcement that Cardano would launch an update to the blockchain. The Alonzo update will implement smart contracts on the blockchain.

Both Ethereum and Cardano have visions of providing smart contract implementation on their networks. For a Cardano vs Ethereum technology comparison, let us look at both projects’ approaches to blockchain algorithms, smart contracts, and design.

Furthermore, miners compete to add blocks to the blockchain because they receive rewards for every block they successfully append to the network. This results in high energy usage from mining activities. There are entire mining farms dedicated to adding new blocks to the network. Some farms use fossil fuels to run mining rigs, and this harms the environment.

Due to Ethereum’s popularity and the fact that the blockchain can only process 13 transactions per second, it is much slower than other blockchain alternatives. The Proof-of-Work algorithm cannot keep up with the network’s 1.3 million transactions per day.

Consequently, transactions times tend to be longer, and gas prices can reach astronomical figures because users bid to include their transactions in the next block.

The Ethereum development team has attempted to remedy high gas prices by implementing the London hard fork. Here the network determines a base gas fee based on network performance.

Contrary to Ethereum, Cardano uses a Proof-of-Stake algorithm. Here there are no miners. Instead, some validators vote on which blocks to add to the network. These validators still consume electricity with their internet connections, but it is a fraction of Ethereum’s Proof-of-Work algorithm. This makes Cardano an eco-friendly alternative to Ethereum. It is also faster. It processes up to 266 transactions per second.

Cardano uses a version of Proof-of-Stake called Ouroboros. Here users stake ADA in a staking pool. Once they stake their coins, they can be randomly chosen as a slot leader. The slot leader chooses which blocks are added during an epoch (a limited time).

Cardano employs academic research and peer-reviewed proofs of concept. They test proposed improvements and only implement them when there is a consensus from the development team. This makes improvements slower but more stable.

Lastly, due to Cardano’s slow development approach, they have only recently begun implementing smart contract functionality on its blockchain. This gives Ethereum a massive advantage in the dApp development sector.

Ethereum and Cardano have slightly different visions for their project futures.  For Cardano vs Ethereum in the future, let’s look at their roadmaps going to the end of 2021 and beyond.

Ethereum has grown through various phases of growth since its launch. Initially, investors saw it as a Bitcoin alternative.

Next, it became the home of developers implementing dApps on the network. This led to a host of finance applications that boomed in 2020. The Ethereum blockchain became host to decentralized platforms like automated coin swapping, lending services, and ways to earn passive income.

Furthermore, the development announced they would begin moving away from the Proof-of-Work mechanism towards a Proof-of-Stake algorithm. This upgrade, dubbed Ethereum 2.0, will address issues of scalability and network congestion.

Lastly, Ethereum 2.0 will implement sharding along with the Proof-of-Stake algorithm. Sharding allows block validators to verify parts of the blockchain instead of the full node. This makes validation faster and less resource-intensive.

Cardano has rolled out the project in 5 upgrades. Each phase and feature implementation undergoes rigorous research and testing. This attracted a few government departments.

The Ethiopian Ministry of Science and Technology partnered with IOHK to provide training related to blockchain technology.

Moreover, The Georgian government collaborated with Cardano to provide a verification system for university students.

Cardano plans to launch this implementation on September 12th. The Alonzo hard fork will also allow the use of ERC-20 tokens on the network. Most dApps use these tokens, which is a huge step to creating a DeFi ecosystem on Cardano.

What does the future hold for ADA and ETH? They might continue rallying with the implementation of technology upgrades or correct to more predictable values. But the cryptocurrency market is highly volatile. Let us look at price predictions for Cardano vs Ethereum.

The London hard fork has laid the groundwork for Ethereum 2.0 by implementing base gas fees. But it achieves this by burning ETH to balance gas fees.

This might affect ETH’s price. If Ethereum burns coins at a higher rate, it will increase ETH’s value. This depends on the base gas fee due to network performance.

Furthermore, the launch of Ethereum 2.0 might cause a price increase as more users adopt the blockchain. On the other hand, a delayed launch might drive users to other blockchains like Cardano.

Lastly, Standard Chartered released a report that takes a bullish position on Ethereum’s future. They predict that ETH will catch up to Bitcoin in market capitalization due to its multiple use cases like DeFi.

Cardano has grown in value since May, and it has seen a resurgence at the beginning of September. It is currently hovering over the $2.55 mark.

According to the CEO of Invest Diva, Kiana Danial, ADA has the potential to reach $3.24 based on its current market trend. She emphasized that each rally and correction rose and fell in equal amounts. This means that ADA is showing solid growth.

Ethereum has a significant advantage over Cardano when it comes to decentralized finance. It has the biggest share of DeFi applications, and with the upcoming launch of Ethereum 2.0., the second biggest blockchain will become faster and more eco-friendly.

On the other hand, Ethereum 2.0. is still a long way away, and Cardano has already addressed its biggest flaw: smart contract implementation. The Alonzo hard fork will bring smart contracts to Cardano and the potential for a new DeFi ecosystem.

Cardano has seen unprecedented growth in market capitalization over the last six months, and Ethereum continues to be a growing project.

For Cardano vs Ethereum, buying one or the other is an investment in the future of their respective technologies.