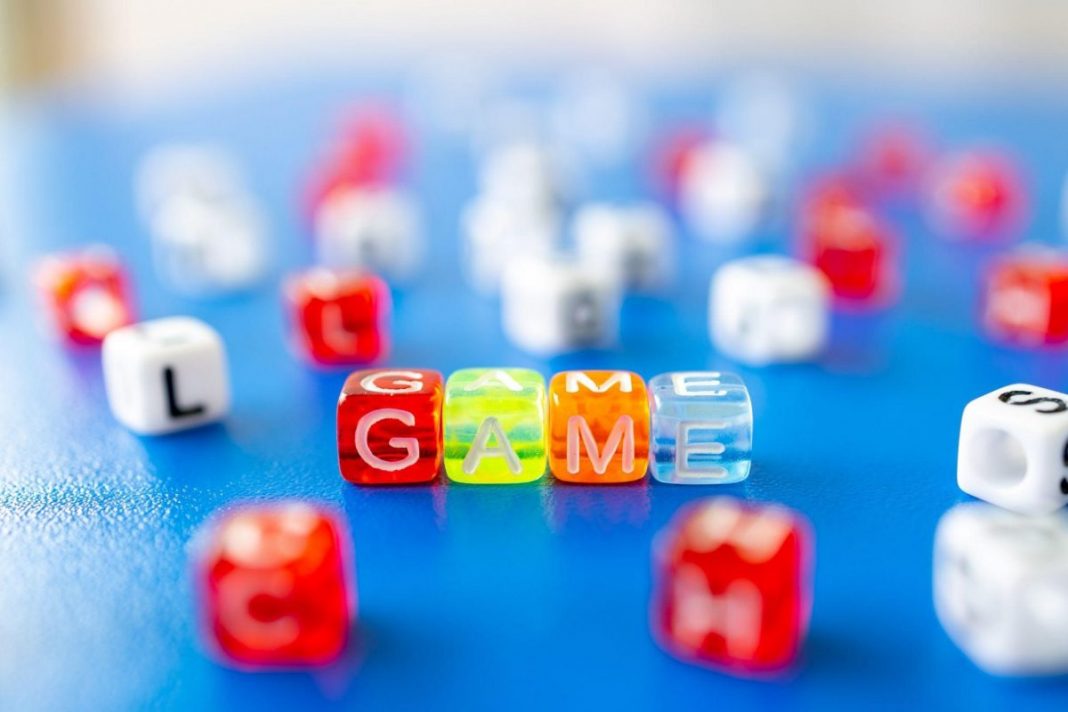 Cryptocurrencies experienced a landmark year in 2021, and NFTs have taken off like a rocket, with an increasing number of investors choosing to diversify their portfolios with unique digital art.

While many investors enjoy using their crypto to shop online or play at the best crypto casino, a growing number have taken an interest in NFT games to play and earn crypto.

NFTs in gaming have expanded by integrating themselves into in-app purchases that allow players to enhance their gaming experience.

Game developers have integrated blockchain technology into their games to provide gamers with a more immersive experience. Read on as we discover what play-to-earn games are and explore some of the best NFT games to play and earn in 2022.

What Are Play-To-Earn NFT Games?

Play-to-earn NFT games are aimed at gamers who focus their efforts on earning. They can earn items that are rare and will belong to them exclusively. These items can sometimes be used across multiple games and allow the gamer to acquire built-in incentives.

NFT games combine traditional gaming designs with unconventional gaming mechanisms that allow gamers to have greater control over in-game assets such as virtual environments, skins, weapons, and characters, to name a few.

These NFTs customize the gaming experience and set these games apart from traditional ones.

All this is possible by launching games on blockchains and underpinning them with digital asset-powered economies. These digital assets are NFTs. By including NFTs into their gaming platforms, developers can offer players unique NFTs available as in-game add ons.

Irrespective of how you get these digital assets, you will have exclusive ownership rights over them. This means you can sell or trade it and keep all the money from such activities, hence the play-to-earn model.

Digital economies are becoming popular with multiplayer online role-playing games. While some of these games may claim to be freemium—or free-to-play—games end up spending money, time, and effort to gain valuable and rare in-game items that help them speed up their rankings.

The play-to-earn model is regarded as a method of synergizing gamers and developers so that all are rewarded for their contribution to this dynamic digital ecosystem. Developers are encouraged to create a more vibrant in-game economy, while gamers can gain unique in-game assets and get rewarded for their time spent playing that game.

Like all other industries, specific platforms have positioned themselves as leaders in the NFT gaming world and appear to be at the forefront of the NFT craze.

The reason for their popularity is that they have seamlessly integrated NFTs with popular game themes, drawing gamers in their droves. Read on as we run through some of the best NFT games to play in 2022.

Axie Infinity takes a lot of inspiration from the Pokemon game series and doubles up with its own blockchain twist. This gives the finished product of Axie Infinity an exhilarating feel.

This is an Ethereum-based game. Gamers can breed and collect NFT-based digital pets—Axies—in order to battle with other players.

Each Axies has its own genetic imprint, and all weaknesses and strengths are passed down to its digital offspring—incredible! The digital pets can be traded on Ethereum NFT marketplaces with prices varying based on their rarity and uniqueness.

In order to play, gamers need to buy 3 Axies.

For each quest, player-vs-player battle, and adventure mode that is embarked on, gamers get a Smooth Love Potion. This is the platform’s native ERC-20 utility token that gamers earn as a reward.

For every attempt a gamer makes to breed a new Axie, they need to pay a specific amount of Smooth Love Potion. This in-game currency is also available for purchase at major crypto exchanges.

Another ERC-20 token available on Axie Infinity is the Axis Infinity Shard, which serves as the platform’s governance token. It anchors the game’s staking service.

Gods Unchained is a free-to-play game created to integrate elements of NFTs into a traditional card trading game. Players collect cards by buying them from other gamers or winning PVP matchups where the quality of cards and skill of players decide the winner.

Remarkably, greater emphasis is placed on skills and strategy. The game uses a ranked mode where players with the same ratings match automatically.

You win a match when your gaming skills cause your opponent’s life to drop to zero before yours—easy as that. For every win, you earn experience points, and once the experience bar is filled up, you can move to the following rating and get a new pack of cards to add to your collection.

In-game, each of the cards is underpinned by an ERC-721 token. This means you can trade them on Gods Unchained’s native marketplace or the open marketplace if you wish.

Gamers who prefer to sell these cards in the games marketplace will get the platform’s native token, GODS, as payment.

Splinterlands is a free-to-play tradable card game that allows users to earn as they play, similar to the games mentioned above.

Gamers can earn rewards when they win card matchups. To play Splinterlands, purchase a starter pack of cards, create a Steam account, and reveal the purchased cards on Splinterlands.

Sometimes, you could be lucky enough to find rare cards amongst your first set of bought cards. You could also find multiples of the same type of card that you can combine to boost their power or sell one of them in return for some crypto.

Once you are au fait with the cards, you can battle other players or participate in quests. The result would determine if you will earn more cards during your gameplay.

The Sandbox 3D is a gaming metaverse and one of the most active NFT gaming platforms. Sandbox 3D allows gamers to create and trade virtual assets. In this game, players can manipulate and monetize voxel assets.

It is the blockchain version of show-stopping gaming titles like Roblox and Minecraft.

The platform provides gamers with tools to create and animate digital items that they can then sell on marketplaces. In addition, gamers can create and play custom games on the platform.

Sandbox 3D has its own ERC-20 token called SAND, which players can use to buy in-game items on Sandbox 3D’s marketplace.

The game also has NFT tokens called LAND, which are some of the most valuable in-game assets in Sandbox 3D—raking up $8.5 million in sales in April 2021.

Alien Worlds is an NFT Decentralized Finance (DeFi) metaverse that simulates economic competition and collaboration between gamers to discover other planets.

When playing Alien Worlds metaverse, gamers must collect NFTS to mine TLM, accomplish in-game quests, and engage in battles with other gamers.

Players also need to buy and assemble NFTs that are best suited to their strategy and gameplay, making things even more exciting.

Players can be involved in the platform’s governance by electing the councilors of six Planet DAOs, increasing their ability to influence the game’s direction.

Battle Racers gets its inspiration from popular gaming titles like Super Mario Kart and F-Zero. Gamers must combine different weapons and parts to create the most powerful cars. Gamers get to entwine different parts and weapons that benefit the arcade-sized tracks.

Gamers register their winning or prized cars on the blockchain as NFTs. They can also sell them for crypto on OpenSea and earn by playing. Every gamer is always looking for ways to create the ultimate car by tweaking skills and stats to get maximum output.

Popular tweaks include choosing handling over speed, or firepower over defense—giving them the best possible opportunity to win races and tournaments. Battle Racers can be played on a blockchain-based virtual world—Decentraland.

Sorare is a fantasy football trading card game developed on the Ethereum blockchain. Gamers can collect or purchase trading cards to enter and participate in weekly competitions. Gamers who are involved stand a chance to unlock rare cards or win some ETH for themselves—incredible!

Sorare has over 200 football clubs officially licensed on their platform—including world-famous teams such as Real Madrid, Liverpool, Paris Saint-Germain, and Bayern Munich.

Cards are represented according to four categories—commons, rare, super-rare, and unique. The game is classified as free-to-play, and gamers are given a deck of random common cards when they finish specific onboarding tasks.

To progress up the football leagues and score grand prizes, players will have to purchase rare cards on the marketplace with ETH.

From their deck of cards, gamers must draw together a five-player team, choose their captain and enter their team into competitions weekly. Based on the performances of the footballers in real-life football matches, teams will earn points—making this type of game all the more enticing.

Gamers own the NFT cards they have amassed and can sell them to other gamers on NFT marketplaces.

MetaWars is a sci-fi NFT game set well into the future and allows for a multiplayer strategy. Gamers can immerse themselves in a highly realistic gaming environment on space exploration. In addition, gamers earn money from the war economy of the game.

This chance to monetize their gameplay comes with the help of the MetaWars galaxy. This shifts and evolves as each of the gamers participates in its ecosystem.

MetaWars enable gamers to work with each other to discover new galaxies, which they can revolutionize when they complete specific missions. Gamers can collect limited edition robots while earning NFTs they acquire from various NFT auctions.

MetaWars also allow gamers to complete challenges from which they can earn $WARS tokens—the in-game token available. Gamers can improve their armies with unique optimization options, while choosing a combination of modules, devices, and weapons to strengthen their gaming character level and earn fantastic in-game rewards.

The top NFT games around are based on exciting themes that are fun to play and have built-in incentives that allow gamers to earn through their gameplay. These games offer creative ways to make a profit while enjoying some recreation.

Currently, play-to-earn NFT games are dominating the scene. Gamers showing a preference for engaging with platforms that are highly incentivized.

Considering how NFTs took off in 2021 and with many fascinating pay-to-earn NFT games in the pipeline for 2022, you can expect amazing engagement from gamers around the world.

For those who have not experienced pay-to-earn NFT games, it makes perfect sense to seize the opportunity and enjoy greater rewards and prizes while having some digital fun online.

Investing in NFTs? Here’s What To Look For To Spot A Good NFT Project