The BC.Game Blog
Home Blockchain All You Need To Know About TRON Coin! 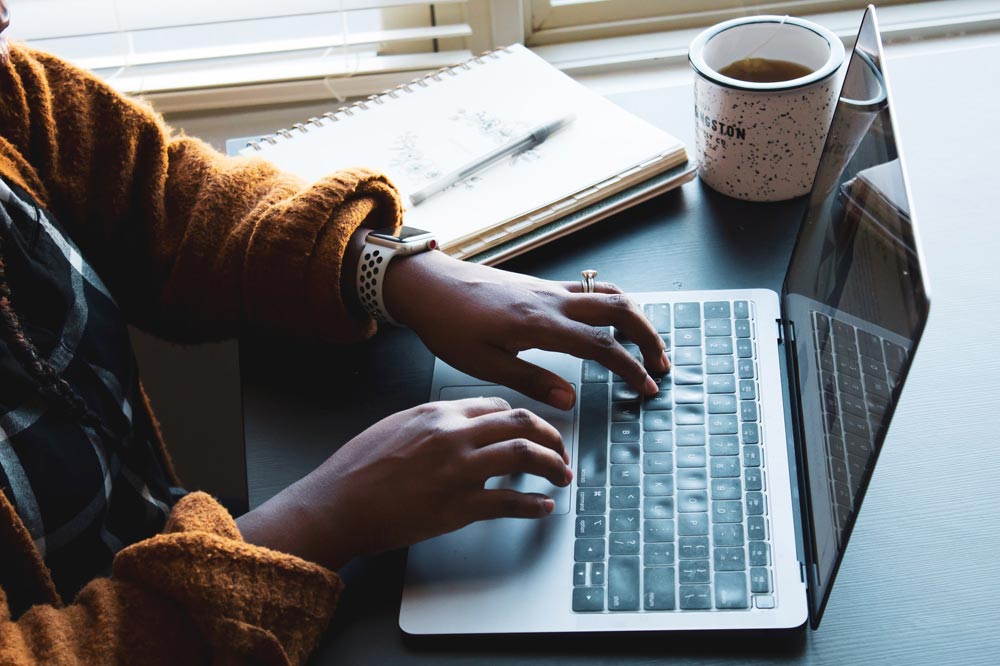 Ethereum introduced the crypto industry to smart contracts and, by extension, decentralized finance. Since then, developers have created applications for crypto gambling on the best crypto casino, cryptocurrency lending platforms, and blockchain games.

Its popularity led to a congested network. Ethereum gas prices went through the roof, and transactions were too slow for productive DeFi transactions.

Enter TRON and the TRON coin. It started on the Ethereum network but has since moved to its own blockchain. It promises faster transaction speeds and low to no gas fees.

What Is TRON Coin?

Given that Ethereum charges gas fees for dApp development and transaction processing, TRON, that doesn’t, is an attractive alternative. Additionally, it can avoid the congestion issues Ethereum has faced in the past.

More importantly, TRON wants to be the platform for Web 3.0. They want to move away from big companies hosting content on their platforms and receiving most of the revenue. They want to decentralize entertainment and content sharing.

Lastly, TRON uses decentralized storage like FileCoin to ensure that no central entity controls the distribution of content on the web.

The History Of TRON and TRON Coin

TRON begins with its CEO, tech entrepreneur, Justin Sun. The twice-nominated Forbes 30 under 30 in Asia became known when he successfully founded the Peiwo app in China. Today, he is also the CEO of BitTorrent.

Justin Sun launched the TRON foundation in 2017. Its goal was to create a framework for a decentralized internet (web 3.0). He also wanted a democratic network where the users handle governance on the blockchain.

In 2017, The TRON Foundation launched its ICO (Initial Coin Offering). It raised $70 million for TRON development. Also, investors could trade their BTC (bitcoin) and ETH (ether) for TRX.

TRON coins are the native tokens on the TRON blockchain. In 2018, TRX’s market capitalization pushed it into the top ten cryptocurrencies. And at this point, TRON ran on the Ethereum blockchain.

But after a successful ICO and a push in market cap, the TRON foundation migrated to its own blockchain. This migration meant that the TRON ecosystem moved away from ERC-20 tokens to TRC-20 TRON coins.

Furthermore, later in 2018, TRON purchased BitTorrent. It is the largest peer-to-peer file-sharing platform in the world. Its purely decentralized infrastructure was the perfect fit for the TRON ecosystem. This was due to TRON’s vision of ushering in the new decentralized internet.

The TRON foundation laid out a roadmap for the development and upgrades to the ecosystem. The first phase was Exodus in 2017.

This phase did not employ blockchain technology. Instead, it used a web-based file system protocol. This allowed TRON to give users a platform for content storage and P2P file sharing.

The next phase was Odyssey. This was a huge technical achievement for the TRON foundation. Here the TRON ecosystem used blockchain technology to begin its decentralized content creation platform.

In June 2018, the TRON foundation formed the Genesis Block for its blockchain. A month later, they acquired BitTorrent.

Then, in October 2018, the foundation launched the TRON virtual machine (TVM). This is a developer toolset with a 360-support system. The TVM allows developers to create dApps using the TRON blockchain. It was forked from the Ethereum Virtual Machine (EVM). This means that it can connect with Solidity smart contracts already deployed on the EVM.

By December 2018, TRON dApps had run over 100 million transactions natively on the TRON network. And in 2019, they aimed to launch Project Atlas. This project was an attempt to migrate BitTorrent’s 100 million users to the TRON blockchain. It incentivized BitTorrent content sharers (seeders) to continue sharing their content with consumers (leechers). They receive TRON coins for seeding their content.

How Does TRON Work?

TRON has a 3-layer architecture. There is the Storage Layer, Core Layer, and Application Layer. It also uses the Google Protobuf, which means that it supports the multi-language extension.

TRON developed a distributed storage protocol. It is split into block and state storage. This layer also uses a graph database for diversified storage.

TRON uses LevelDB for blockchain storage. It has a successful track record across many projects and allows for granular editing and fast compression with the Snappy algorithm.

For state storage, they use KhaosDB. They deploy the KhaosDB in the full node memory. It can store newly created forks, and users can switch between the main and the forked chains. It also stabilizes blockchain storage.

Developers can create dApps and customized wallets in this layer. They can also develop and issue their own tokens.

Instead, TRON uses DPoS. This is a slightly different mechanism than Proof-of-Stake (PoS). Here token holders lock their tokens and become block validators. They can then vote on adding new blocks to the blockchain.

In DPoS, the TRON network relies on 27 Super Representatives (SRs) to produce new blocks on the network. TRON coin holders can freeze their accounts and vote for SRs every 6 hours. These SRs receive 32 TRX for every block they add.

Controversy Around The Network

Justin Sun, TRON’s CEO, is an outspoken character. He has made some aggressive moves in the business world since TRON’s launch, acquiring companies and not always gaining popularity along the way.

Firstly, in 2018, the crypto community accused the TRON foundation of plagiarism. The first TRON whitepaper, outlining the technical aspects of the blockchain, contained copy and paste information. These were from IPFS (Interplanetary File System) and Filecoin. The whitepaper did not reference these sections.

Sun attributed the plagiarism to a translation issue. Volunteers were in charge of producing the English version of the whitepaper, and they neglected to include the references. The community did not accept this because the Chinese version was similar.

Later, the TRON foundation released whitepaper 2.0., which included the references to IPFS and Filecoin in the footnotes.

Additionally, after Sun acquired BitTorrent in 2018, a slew of employees resigned from the P2P file-sharing company. They cited concerns over the use of BitTorrent and Sun’s ownership of the TRON network. They alleged that Sun owned too many TRON nodes and that the network was not truly decentralized.

Most shockingly, Bram Cohen also resigned. He created BitTorrent in 2004.

The Network’s Link With DeFi

The TRON network allows dApp deployment, so the decentralized finance (DeFi) sector can also flourish on it. Since TRON’s launch in 2017, it has allowed its users to earn passive income by staking their TRON coins for governance tokens on the network. TRON has continued expanding its DeFi offerings. Now they have popular DEXs (Decentralized Exchanges) and stablecoin support.

JustSwap was TRON’s first DEX. It allows users to trade TRC-20 tokens without paying a commission to the exchange. Additionally, users can earn transaction fees if they deposit their tokens into a liquidity pool. JustSwap claimed that its total liquidity topped at $3.5 million in under 24 hours. Also, trading volume was up to $10 million in 19 hours.

DappRadar published a report in 2021 that showed a 210% transaction growth for UME. UME is USwap’s governance token. UME holders can stake the token to receive passive income.

The growth is thanks to USwap receiving 2nd place at TRON’s DeFi Hackathon. TRON also saw a 210% transaction growth in this time with its user-base increasing by 16% and trading volume by over 500%.

Additionally, USwap has an NFT marketplace. It has not launched on the TRON network yet, but this is another positive for TRON’s DeFi because this is their first step into the NFT sector.

SocialSwap launched on the TRON network in March 2021. Its user base has been increasing exponentially. It saw its current users increase by 60% in 7 days. Also, its transactions increased by 43%, and the transaction value stood at $1.86 million.

USDT (Tether) is a stablecoin. It is pegged on a 1:1 ratio to the US dollar, so it is quite popular with traders. This is especially true when performing yield farming through liquidity pools.

TRON began supporting USDT in 2019, and it has shown massive growth on the TRON blockchain. Its speed and multitude of DEXs make it an ideal trading platform.

Recently, TRON exceeded the number of USDT transactions processed on the Ethereum blockchain. TRON had 23.9 billion transactions while Ethereum had 23.4 billion.

This is significant because Ethereum is seen as the home of DeFi. With TRON surpassing Ethereum, it could make an argument for being the next big ecosystem for DeFi.

TRON has acquired a few companies since its launch in 2017, but it has also partnered with many companies. This has catapulted its mainstream appeal.

TRON partnered with oBike. It created the oCoin with the TRON network. oCoin users can use their tokens to buy bike rides, and riders can earn oCoins by riding. This gives the oCoin real-world utility.

This is an international law firm that specializes in corporate and commercial law. They will support TRON with operations, risk management, international jurisdictions for finance and digital asset transactions.

How To Buy TRON coin

Crypto users can buy TRX using one of TRON’s DEXs like SocialSwap or USwap. Additionally, they can use a centralized exchange like Binance in most of the world, except for the USA. Users in Europe can use Bitpanda, while USA residents can use Kraken to obtain TRX.

Before buying TRX, you need a wallet. There are a few requirements when choosing a TRON wallet. Firstly, the wallet needs to support TRON coins.

Lastly, choose a wallet that allows multiple layers of security. For example, you can activate MFA (Multi-Factor Authentication) to add an extra step to access your wallet. Also, research how the wallet protects your funds from hacking.

Justin Sun launched the TRON network to decentralize the internet, with the TRON coin being its native token. The foundation acquired companies like BitTorrent and Steem to expand their vision of a user-controlled content creation web.

They made strategic partnerships with popular platforms and companies. This further increased TRON’s mainstream appeal.

The crypto community accused TRON of plagiarism and not having a truly decentralized platform, but the TRON ecosystem continues to grow. It is making strides in the DeFi sector and is currently one of the largest blockchain networks in the world.