The BC.Game Blog
Home Blockchain XLM vs XRP: A Look At Lumens & Ripple In 2021 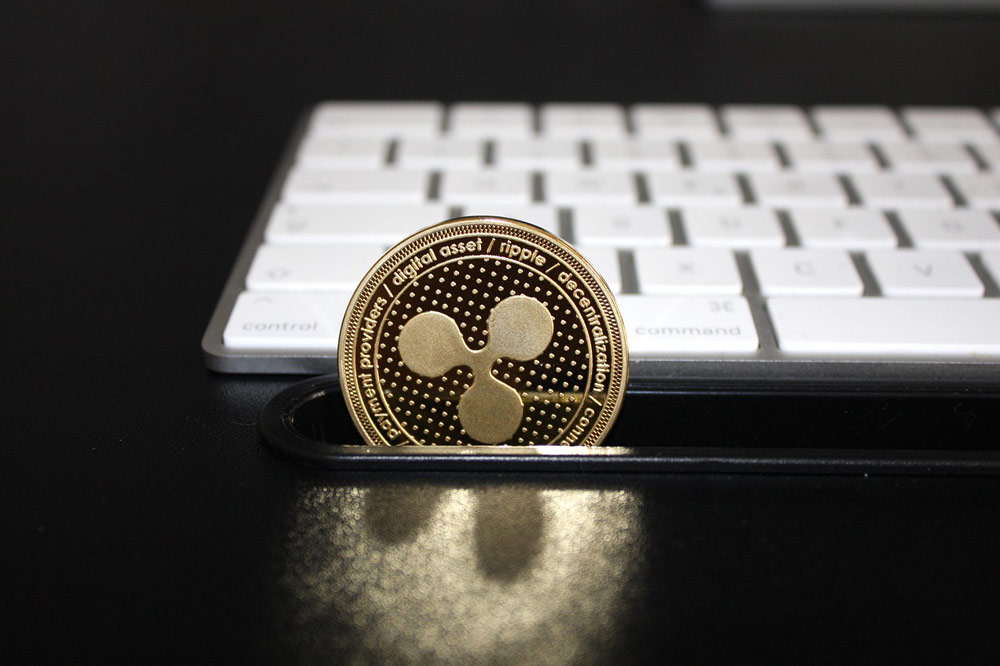 With many investors looking to diversify their portfolios, there has been a lot of interest in emerging cryptocurrencies that provide great investment options. Two such currencies that have caught the eye of investors are Stellar Lumens and Ripple, or XLM vs XRP.

Stellar Lumens are classified as a mid-cap cryptocurrency that offers investors the best of both worlds. It has been around long enough to earn an excellent reputation while offering massive growth potential for anyone who wishes to take a punt on their coins.

On the other hand, Ripple is a large-cap cryptocurrency that is well established and offers great stability for investors.

Whether you use your crypto to shop online, play at the best crypto casino, or transact with users around the world, Lumens and Ripple can be an addition to your investment portfolio. Read on as we compare the very best of XLM vs XRP.

As mentioned earlier, Lumens are a mid-cap coin as their value falls between $1 billion and $10 billion, while Ripple is a large-cap coin with its value sitting way above $10 billion.

XLM has a market cap of over $5 billion. It has a circulating supply of over $23 billion and a unit price of approximately $0.21 at the time of writing.

XRP has a market cap of over $25 billion with a circulating supply of $ 46 billion and a unit price of approximately $0.55 at the time of writing.

While more established cryptocurrencies like Bitcoin, Ethereum, and Cardano have recently experienced sudden dips in value as the Delta variant of COVID causes panic in the crypto market, Stellar and Ripple appear to be performing admirably with steady gains in the past week.

Both XLM and XRP share the same founder, Jed McCaleb. Ripple was created in 2012 as a collaboration between McCaleb and Ryan Fugger, a software developer.

These co-creators envisaged developing a crypto network that was not dependent on the energy-sapping mining process other crypto coins require.

McCaleb then parted ways with the team at Ripple in 2014 and joined Joyce Kim to create a similar currency called Stellar.

In light of this, both XLM vs XRP appear to offer an environmentally-friendly solution as they prohibit crypto mining activities to the public.

The Stellar Development Foundation (SDF) supports Lumens’ development and growth and is responsible for distributing the initial supply of 100 billion XLM over ten years.

However, the initial distribution phase only issued just over 7 billion XLM, so a decision was made to burn 50 billion XLM and leave a total circulating supply limit of 50 billion XLM.

This reduced supply subsequently sent up the price of the coin. The supply of XLM was expected to grow at 1% per annum, but the inflationary approach was later taken out after a community vote.

Ripple’s circulating supply of XRP is 45 billion out of 100 billion currently, and the initial distribution phase was done through forums and giveaways.

The remaining XRP is kept in reserve by the organization and is intended to fund its technological development.

There appears to be a cloud over Ripple’s token distribution process as the organization is a for-profit company. As a result, Ripple is the key decision-maker and principal steward for funding and development of the XRP ledger – causing controversy in the distributed world of cryptocurrencies.

Similarities Between The Two Currencies

Before getting into the key differences between XLM vs XRP, it is crucial to understand the common elements of these two emerging coins.

Both have a goal of making cross-border transactions more efficient and seamless. Transaction fees are exceptionally cheap and instant, making them perfect for those who do international transfers and payments.

Additionally, both rely on distributed ledger technology and have private nodes that don’t allow mining.

While there are striking similarities between the two, there are also notable differences between XLM vs XRP that make each coin a unique and essential contributor to the crypto ecosystem.

One of the significant differences is the target audience each coin is aimed at. That and the other is the objective behind the blockchains.

The two coins use different consensus algorithms. Lumens follows a unique consensus protocol while Ripple uses a proof of correctness.

While both XLM and XRP are decentralized by nature, Ripple can be described as being more centralized than Stellar.

While Ripple appears to be a much bigger organization that has raised more capital when compared to Stellar, this can be attributed to their respective target markets. Ripple has concentrated its efforts on banks and financial institutions. In contrast, Stellar has focused on the unbanked in developing nations.

Although Stellar is a smaller organization, they have a highly experienced team that is manning operations and have shown less emphasis on the marketing aspect of their operations.

In a nutshell, differences between XLM vs XRP are:

For Ripple to function optimally, it has created an XRP ledger. This is specialized software that offers a fresh and innovative way for a blockchain’s transaction and record system to operate.

Lumens were developed to expand the reach of financial services worldwide to the unbanked, more especially in developing countries. It positions itself as a platform that aims to help people as opposed to focusing on profits.

The purpose of its platform is to change the way digital assets and cryptocurrencies are transferred across the globe, including all transaction types from payments to exchanges.

Stellar’s platform has infiltrated the domain of traditional payment providers. It has incentivized a distributed network of computers to operate a specific software that allows for the easy transfer of funds and digital assets.

It also serves as a decentralized exchange with an order book that is built-in and monitors the ownership of Stellar assets. Users of XLM can trade the cryptocurrency on Stellar’s platform.

In terms of Ripple’s offering, the XRP cryptocurrency is centered on the XRP ledger. Through this innovative technology, users can send and receive funds using private or public-key cryptography. Plus, servers on the network can send transactions for consideration.

A key feature of the XRP ledger is that it does not require mining or the use of special computing hardware to keep its ledger secure or for validation of its transactions.

All transactions on the network are validated by specific nodes that are called unique nodes. When Ripple was created, its operational model intended for nodes to validate transactions efficiently to mirror transactions in real-time between databases under financial institutions’ control.

Many financial institutions and banks have a partnership with Ripple, where they are allowed to use its RippleNet facility to streamline trades and payments.

The platform enjoys the edge over traditional financial institutions and banks in terms of global payments. That is because it eliminates the high transaction fees and long wait times for payments through its RippleNet solution.

Some of the platform’s notable partners include American Express, PNC, Santander, and Moneygram.

Since Stellar shares a founder with Ripple, it appears to share a fair amount of code from the XRP ledger. In essence, this indicates that both have common elements within their base code and design scheme.

To differentiate its platform from XRP, Stellar’s developers have made notable technical improvements to the network.

A key component of its network is called Stellar Core, which is actually software responsible for maintaining its ledger and validating all its transactions. Vital elements of Stellar Core are:

Besides Stellar’s users having the ability to transfer funds and transact without using costly intermediaries such as Western Union, they can easily convert their digital assets into a variety of stable coins through the platform’s collaboration with companies like Velo, Stably, and Wirex.

Which Is Better Out Of XLM vs XRP?

Considering that many common elements make both these cryptocurrencies tick, it would not be easy to nominate one of these as better than the other. In an inherently volatile crypto market, investors are usually attracted to the more established coins.

In this case, XRP and its $25 billion market cap would certainly overshadow XLM’s $5 billion market cap. Ripple is a for-profit organization that operates primarily with banks and financial institutions, while Stellar can be considered a platform for the ordinary man.

In light of this, we can expect Ripple to enjoy a much larger market cap.

For those who are undecided about investing in either of these cryptocurrencies, you must note that Ripple was served with a lawsuit earlier this year from the American Securities and Exchange Commission (SEC) on the grounds of selling unregistered securities for more than $1.3 billion.

In light of this negativity, many established crypto exchanges that are regulation-compliant delisted XRP from their platforms. For investors, this means that the currency will only move towards its true potential once this legal matter is resolved.

In the wake of COVID’s Delta variant wreaking havoc around the world, many established cryptocurrencies like Bitcoin, Ethereum, and Cardano have diminished in value in the past weeks. Incredibly, both currencies have displayed remarkable resilience. In fact, they have increased in value, based on figures for the past seven days from Coin Market Cap.

Both aim to make transacting across borders as efficient and effortless as possible, especially when multiple currencies are involved.

XRP is two years older than XLM, but both coins enjoy remarkable popularity and market value amongst investors. Their unit prices have remained attractive for a sustained period.

An Important Note On Investing

It must be said that investing in Stellar, Ripple and other cryptocurrencies can be a risky and highly speculative proposition if you don’t know what you are doing.

In light of that, BC.Game isn’t in a position to provide recommendations, advice, or guidance regarding crypto investments or trading of any kind.

As an interested investor, it is up to you to conduct your own research. An even better idea is to engage the services of a qualified professional before making any financial and cryptocurrency investment decisions.

While some may view both XLM vs XRP as rivals, they have enough unique elements to co-exist in harmony and enjoy their own successes. Although there are striking similarities, the crypto community has warmed up to both Ripple and Lumens in equal measure, showing that both are important contributors to the cryptocurrency ecosystem.

Having options is great for investors who want to diversify their investment portfolios. At the same time, users undoubtedly enjoy the convenience of easy cross-border transactions in an instance from both platforms.

For more crypto and gambling insights, visit our blog. If you are ready to hit the game floor, choose from our selection of entertaining games on offer. There are the BC originals, live dealer games, and all the slots you could hope for. Good luck and play responsibly.

What Is PIG Coin? (all your burning questions answered)

Coinify In The News: Rapid Growth In Cross Border Payments To Be Expected?

Blogger Anon - September 4, 2021 0
Online gaming is all about innovation and exciting ideas. The dynamism of blockchain technology fits into this mold. The role of NFTs in Online...

Everything You Need To Know About Pragmatic Play