The BC.Game Blog
Home Blockchain What Does The Future Of Blockchain Hold 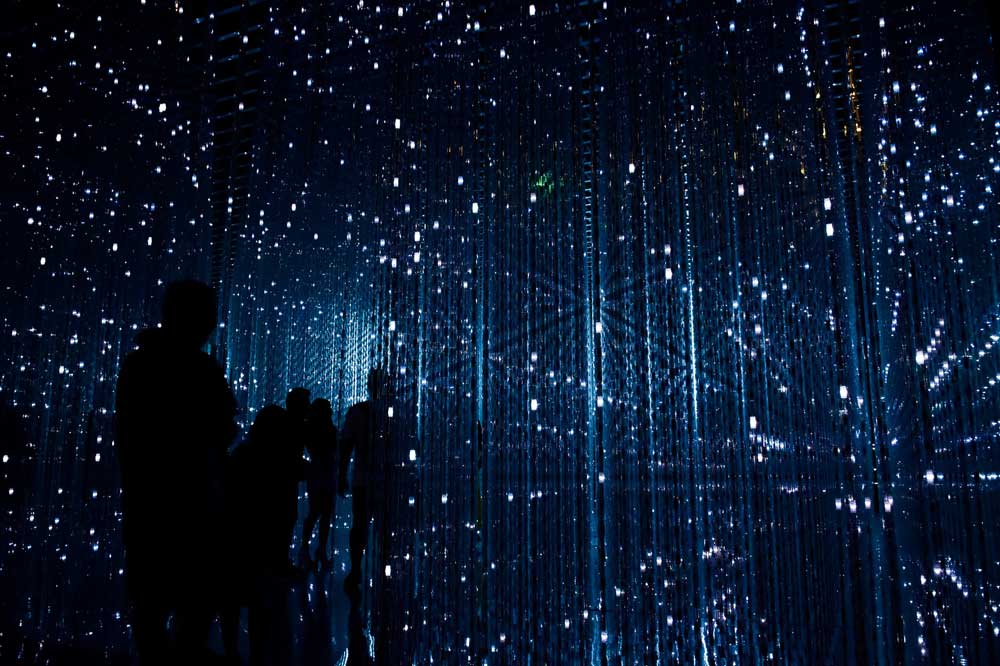 While blockchain is still gaining traction in terms of wider usage in day-to-day business, it has already made its way into several industries. For this reason, many are already wondering what the future of blockchain holds.

As you may know, blockchain has been touted as one of the most revolutionary pieces of technology today. And, it is not just technology that is used for the purposes of powering cryptocurrency. In fact, claims have been made that it has the power to disrupt all industries, and the power to change the way things like banking and contract signing are done forever.

With all of these possibilities under its belt – some of which are coming to fruition already – of course, one would wonder what to expect from the future of blockchain. In this article, we discuss what the future holds in terms of this revolutionary technology.

We also look at what industries have begun using it and which will start making use of it more and more.

A Background Of Blockchain

Before getting into the future of blockchain, it may be useful to remind ourselves of its history. In 1991, the idea of blockchain was conceptualized. While small additions and changes to the technology were made thereafter, it was largely untouched for many years.

However, once bitcoin hit the scene in 2008, 17 years after the conceptualization of blockchain, people finally began to pay attention to the technology and see how useful it really is.

Since then, blockchain has evolved significantly, now being the technology on which many innovations are built upon. Because of its slow rise to fame, many may have doubts about the future of blockchain. But, if we consider its capabilities, we can easily see how these doubts are unnecessary.

For example, the technology boasts several draw-ins, the most appealing of which may be the transparency it allows. Since all transactions can be seen by anyone who has access to the ledger, each individual or section of a business is forced to act morally and responsibly.

Furthermore, it allows traceability of information added to the ledger, which means that companies could, for example, track where there has been an issue on a production line or see where funds have gone missing or fraud has been committed. This is reinforced by the immutability that comes with a blockchain since the information that has been added cannot be altered. This means that there is no dependence on a system of trust because the technology comes with built-in security.

Finally, the technology increases efficiency significantly through its decentralization aspect. There are no overarching authorities controlling the information being shared and thus no need for a middleman.

It is obvious how this technology could change the world of finance, manufacturing, and much more.

How Has Blockchain Altered Industries already?

To help set the stage for what the future of blockchain may look like, it is useful for us to first take a look at how blockchain has altered the world and various industries already. Many top businesses have incorporated blockchain into their systems in some way or another to increase the efficiency and effectiveness thereof.

For example, smart contracts have changed the way music is purchased. An application called Mycelia uses blockchain to distribute music from the artist to the listener, without the middleman of record companies or music platforms like Apple Music. This way, artists get the full amount charged instead of splitting royalties with others.

Another example is in supply chain management. The well-known corporation, Walmart, uses the technology to track the journey of their produce from where it begins to when it reaches the shelves. This allows them to ensure they have the best quality produce and also allows them to track where an error has occurred if there is a problem with the produce.

Other massive corporations like Microsoft, Barclays, Unilever, and DeBeers have also incorporated the technology into their systems to increase the efficiency of the business.

The Future of Blockchain

Based on its past and on how it is presently being used to disrupt industry norms, there are quite a few predictions for the future of blockchain. There are many innovations predicted to emerge, which will make use of the technology in interesting and exciting ways. Below are a few transformations that the future of blockchain may boast.

While it may be many years before interconnectivity at its highest level is reached, it is already coming closer to being a reality. IBM found that 83% of businesses today think that it is important to ensure standards that allow for interconnectivity and interoperability in permissioned and permissionless blockchain networks, for the joining of industry-wide blockchain networks.

Of course, there is much to be done in terms of achieving this. However, IBM believes that many members of single networks are likely to request guidance on the integration of different protocols since many networks are reaching critical mass.

It is predicted that blockchain solutions will be used for its validation tools to ensure that there is less human error in data entry. This could also ensure that fraud does not occur.

Many believe that the future of blockchain sees the technology being combined with adjacent technologies to increase the efficiency and effectiveness of the current technologies. This is because blockchain will be able to provide more trustworthy data, which will, in turn, strengthen already existing algorithms.

According to an article in a special report by Tech Republic on how blockchain will disrupt business, there are four ways blockchain could disrupt the finance industry. The first three are relevant here.

First, it is expected to lower the costs of cross-border transaction fees. Second, it will ensure heightened identity management to combat illegal financial activities like money laundering. Third, smart contracts are expected to increase the speed of titling processes for transactions that encompass the exchange of goods.

Smart contracts have already been put to use in the music industry, as explained earlier in this article. However, they are expected to be used in the same way but much more broadly in the future.

Additionally, smart contracts may be put to use for other sections of entertainment. It can be used to facilitate the exchange of services, intellectual property, and even assets like property and deeds.

While the technology is already being used in some areas of supply chain management, it is expected to widen its reach to the automobile industry, the manufacturing industry, and really any industry which has many sections of the business that includes importing parts or products that need to be tracked or traced.

Industries That Will Increase The Use Of Blockchain

Almost any industry could increase its use of blockchain in some form or another. However, some are predicted to increase their use more than others. Here are some industries that will most likely make use of the technology in the future of blockchain.

This industry is likely to use blockchain for many reasons, the most significant of which is collaboration. Should healthcare providers decide to share information on a blockchain network, they may increase the likelihood of accurate diagnoses and effective treatments.

This will also be more cost-effective, as funds will be saved by simply using information – from different institutions – that has been shared on the network.

Using blockchain, patient information can also be held more securely. In addition, patients will have more control over their information. For example, they’ll be able to control if it is used for research or diagnosis purposes.

Blockchain can also speed up research as it can be published directly to the network, and it can help pick up errors in drug production for additional safety protocols.

As mentioned in the previous section, the finance sector is likely to be significantly affected by the use of blockchain. Blockchain will be used to ensure that crimes like fraud and money laundering are lessened if not eliminated.

For transferring deeds, renting homes, public records, selling property, and much more, the use of smart contracts on a blockchain network will greatly increase efficiency and security. All information required to fulfill or complete any of the specific types of contracts above will be verifiable on the blockchain, thus decreasing issues with transferring assets and illegal claims to assets.

Prepare For A Future Of Blockchain Use

Clearly, blockchain has made its mark on society and in various industries already. The advantages that come with using the technology seem to be too useful for many to deny. Based on the increase in its use already, it is highly likely that we will see an even higher increase in the years to come.

From the possibility of changing the world of commerce to upgrading the way contract law is fulfilled, the future of blockchain is extremely promising. We should prepare ourselves for the changes now than get caught off guard when they occur.