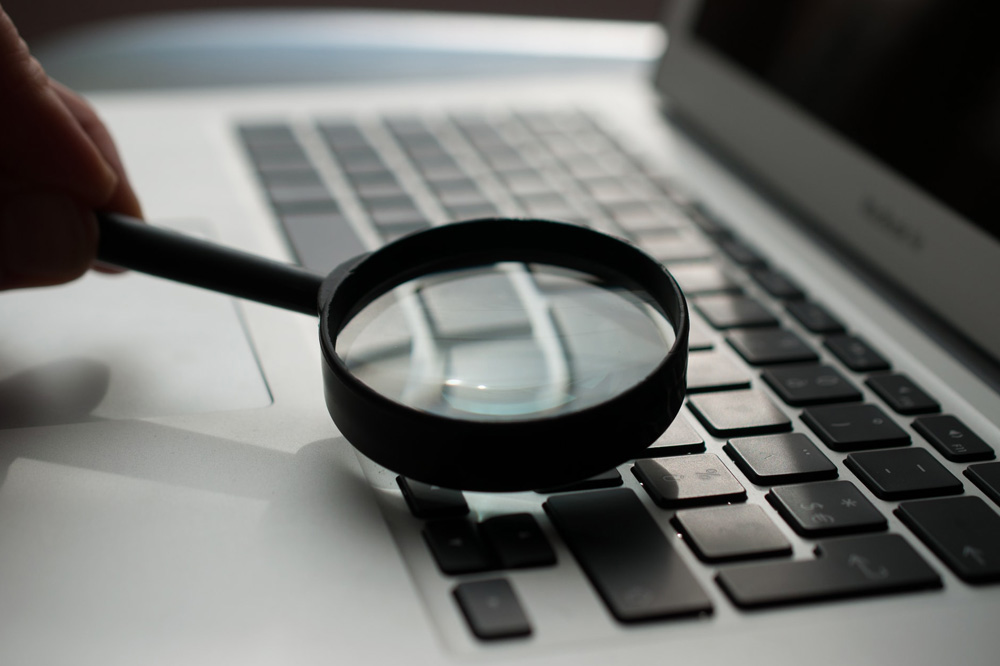 Bitcoin is the most popular cryptocurrency in the market and has forged a new age of anonymous transacting, including crypto gambling. There are, however, many people who have misconceptions about it due to misinformation and ignorance about the technology driving it. Never fear, we are here to explore the myths and reveal the truth about bitcoin.

There Is No Intrinsic Value In Bitcoin

Many believe that Bitcoin does not have any intrinsic value other than its use as a medium of exchange. Logically, any decentralized currency that doesn’t enjoy government support or is not pegged to a commodity will drop in value if the economy suddenly stops.

In terms of bitcoin’s value, it is based on supply and demand. Judging by the growing use of this currency, its value is undoubtedly growing.

While fiat currencies depend on the support fixed by governments, BTC is limited in supply and cannot be manipulated. The crypto fits all the attributes associated with money, and its value is growing exponentially with the increasing number of users that it attracts. These attributes include:

Many people are apprehensive about bitcoin as they are under the impression that it isn’t legal tender.

Legal tender in the US consists of bills and coins that are issued by the government. This does not, however, render the crypto as illegal because the government classifies it as a virtual currency. It is also recognized by the US Financial Crimes Enforcement Network.

In looking for the truth about bitcoin, know that it is perfectly legal and used in the digital space for trading, shopping, and online entertainment such as crypto gambling.

Due to the anonymity associated with trading it, many people are of the impression that bitcoin encourages illegal activities and helps traders in the black market. As much as this is possible, there are many more instances of illegal activities that are prevalent with fiat currencies globally.

Illegal activities are not isolated to the mode of a currency, but rather to the nature of the illegal activity and the unscrupulous elements that trade in that manner. Laws and rules that regulate illegal activities through fiat currencies do exist, and plans are in place to ensure that similar laws are enforced in the digital space.

As the industry progresses, improved tools and resources are employed to prevent illegal activity. Crypto businesses and banks today have compliance teams that have successfully used these tools and resources to get a greater understanding of the different types of digital crime. This is especially helpful in identifying the risk to their institutions, safeguarding themselves, and remaining compliant.

In looking at the truth about bitcoin, users agree that transacting with the currency can be likened to transacting in cash, and those transactions do eventually get taxed successfully. While countries such as Holland and South Korea don’t impose tax regulations on cryptocurrencies, other countries such as Spain are proactive in addressing tax obligations to users who trade.

The Currency Is Available For Free

People who don’t understand the mining process have the misconception that bitcoin is distributed freely. It is actually mined in a computing resource-intensive method that validates transitions through blockchains. These are ledgers of previous transaction history.

The miners who process and provide verification of transactions are then rewarded with bitcoin as fees paid for mining. Like any other fiat currency, it costs money to make money, and BTC is no different.

It Cannot Be Used For Point Of Sale Transactions

It is possible to use bitcoin for point of sale transactions, although the verification process can take up to an hour. This is to safeguard the owner of the crypto from not double spending on a single transaction. However, e-commerce traders who transact in Bitcoin don’t mind waiting for their transaction verification, as this ensures that they have not committed to a double-spend for their purchase.

This can be mitigated further by vendors as they have the ability to also accept unconfirmed transactions by listening on the network or using a company to avoid double-spend transactions. This process is quick and efficient and vastly reduces the wait time.

BTC Is A Massive Ponzi Scheme

A Ponzi scheme can be described as a type of fraud that pays an investor returns with funds derived from newer investors, as opposed to using funds that are derived from profit. The truth about bitcoin is that it is an open-source, peer-to-peer currency, and there is no central authority to direct such an elaborate scheme.

While the pioneers of trading have enjoyed superb returns, these were definitely not at the expense of the traders who joined the party later.

Bitcoin is not controlled by any investment company, does not have a central authority managing processes, and does not have a regulatory body that controls production or consumption on the blockchain.

It can be generated by anyone using the blockchain system, and the individual is at liberty to buy or sell any number of bitcoins at any given time with a centralized authority to report to.

Although no more BTC can be generated after 21 million have been mined, the network will still need to be protected. Despite incentives for mining weakening then, the generation of new blocks is important to provide the publicly available, network-distributed ledger of transactions.

The blockchain will not be stagnant as profit can still be attained through transaction fees. Moreover, the demand for security will diminish once the reward for mining no longer exists.

One of the most common bitcoin myths is that it can be easily hacked, and funds in the network are insecure. Although vulnerabilities in the network include wallet security and occasional attacks on bitcoin-friendly websites, none of these occurrences on the blockchain have led to funds being stolen, protocol exploitation, or inadequacies with the original BTC client.

As is the case with all types of new technology, and indeed the truth about bitcoin, the best security options are always being evaluated and improved. Reputable providers of digital wallets are quick to ensure that their platforms adhere to the strictest security protocols to prevent incidents of hacking and to safeguard their users’ private keys.

Users must be proactive and enable further security measures such as the use of strong passwords and two-factor authentication. The bottom line is that the technology has never been hacked, and there is an extremely low likelihood that it will be hacked in the future.

Scams and theft do exist, but that has little to do with the safety of using bitcoin. Usually, most undesirable activity from hackers has been due to user negligence or cybersecurity vulnerabilities in cryptocurrency exchanges. Cryptocurrencies are extremely safe, as long as cybersecurity is taken with the seriousness that it deserves.

Bitcoin And Blockchain Are The Same Thing

Blockchain is totally different from bitcoin. While the latter is a cryptocurrency, blockchain is a distributed ledger technology that the currency runs on.

There Is Total Anonymity When Trading

Although there is an element of anonymity when trading with bitcoin, these users do not enjoy total anonymity. Whenever traders engage in some form of a payment transaction in the network, they store a pattern in their blockchain, similar to a fingerprint.

Moreover, when traders need to use exchange services, they are required to divulge their personal details for record purposes. This ensures that there is indeed a paper trail of BTC users within this decentralized network.

As opposed to being anonymous, it can be thought of as pseudo-anonymous. Transactions of all types are stored on the public blockchain along with the address of those specific wallets that are used.

Despite no identifying personal information being displayed on the blockchain ledger, all one would need to do is to ascertain the owner of a specific digital wallet to discover the individual responsible for transactions from that address.

In light of this, Law Enforcement has an avenue of tracing transactions and identifying the owner of a specific address. This is intended to mitigate illegal activity on the decentralized network.

Bitcoin’s exchange value runs into thousands of US dollars for a single token. Although that may be the case, users can purchase fractions of one to suit their pocket.

Similar to fiat currency exchanges, BTC can be exchanged in fractions. A smaller unit of a bitcoin is referred to as Satoshi. Traders who want to trade in the cyrpto are free to use Satoshi on the platform.

It Is A Volatile Currency

Although it did display volatility in its initial stages, the currency has maintained great stability in the past six years. Markets often behave in patterns of fluctuation where commodities fall and rise in trends. Bitcoin has, however, shown remarkable stability since its introduction, which explains its exponential growth.

Crypto Users Are Easy Targets For Fraud And Theft

Many people who consider transacting in bitcoin are gripped with the fear of losing their money, purely due to the vulnerability that comes with their personal information. There is a misconception that the currency compromises an individual’s privacy.

This couldn’t be further from the truth as it offers a greater level of security for payment transactions when compared to payments facilitated through fiat currencies. The use of a sophisticated blockchain system makes it almost impossible for unscrupulous elements to gain access to a person’s personal information and exploit them to steal their funds.

Bitcoin Consumes Too Much Energy

Traditional financial institutions use copious amounts of energy just in their daily operations, while bitcoin networks are much more energy-efficient and use a fraction of that energy quota.

It Cannot Be Used For Online Shopping

Many online businesses accept the currency as a method to pay for online purchases. These companies include Microsoft, Shopify, Expedia, and Overstock.com.

To accommodate the growing number of Bitcoin users globally, many countries have now introduced Bitcoin ATMs that help individuals to exchange fiat currencies and Bitcoin. According to Statista, 11,497 ATMs are available throughout the world currently.

It is clearly evident that many of the common myths about cryptocurrencies came about are built on fear and apprehension. There will always be misconceptions that circulate but always remember to double-check the source of any information that you come across before making your mind up.