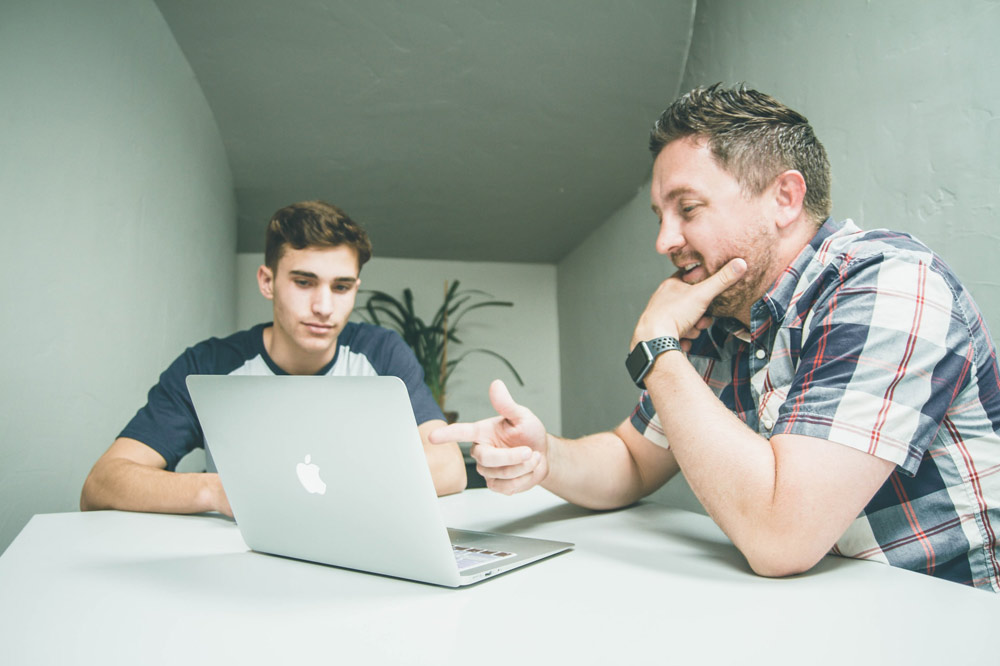 To some, blockchain technology is still a completely unfamiliar field of knowledge. To others, it is a topic that they connect solely to bitcoin and possibly other cryptocurrencies. But, those who really know the technology and its capabilities are aware of the power it really holds to revolutionize almost all industries. It is for this reason that blockchain education is becoming more and more important.

As we have tried to emphasize in the past, blockchain is already making its way into businesses around the globe, with several conglomerates or corporations incorporating it into their infrastructure in some way or another. These corporations have budgets dedicated to ensuring that the technology is used in their companies. Moreover, there are already several types of related jobs available in various fields.

It is clear that the technology has already had a massive impact on society and that it has the potential to continue making changes in ways we might never expect. By this logic, it’s probably a good time to start ensuring that people have blockchain education. In this article, we discuss whether this education is really that important.

It might be a good idea to have a quick recap of what the technology is. This might help with understanding why it is potentially revolutionary and why it might be necessary for education around it to become more readily available.

Essentially, blockchain is a digital ledger of transactions. It provides a method of keeping track of information that is decentralized. This is because the information or data stored on it is kept on several (up to millions potentially) copies of the blockchain, which is distributed to a wide network of computers (or nodes).

Data on the block includes transactions and details thereof, such as the date, time, participant identities, monetary value, and a unique code identifying one block from another. Blocks cannot, however, simply be created. The information they contain must first be verified and validated by the nodes.

Important to this process is the previously mentioned unique code, or rather, the hash. The nodes, in their process of verifying and validating the blocks, also add to each block a hash. With this hash, we can distinguish between every block on the blockchain. In addition, the hash of each block is connected to the hash of the previous block and can never be changed or adjusted.

So, what makes this so special? Well, because of the way a blockchain works, the data is decentralized, information is transparent, and there is a feature of immutability. The decentralization basically cuts out all middle-men and removes the necessity of a central authority while the transparency ensures that all information is available to everyone, making it almost impossible to be dishonest.

Finally, immutability means that no information can be changed after the fact. For this reason, instances of fraud, or other similar crimes in which people tamper with information, are avoided almost completely.

Should We Improve Our Blockchain Education?

It’s difficult to give a definitive yes or no to whether or not we should improve education around the technology since nobody can predict the future and see what’s really to come in the upcoming years. However, many have likened the prospects of this technology to the changes that the internet brought us. At first, people didn’t believe that the internet would change that many things, but now we cannot live without it.

If this is true, then blockchain education is of utmost importance to ensure that we, as individuals and as businesses, do not get left behind and miss out on opportunities because of a lack of knowledge. Particularly in the case of companies, modern technology is crucial.

If companies do not embrace modern technology, they usually end up in the worst-case scenario. Take Kodak, for example. The company had had major success in the photography industry, but when they had the opportunity to lead the digital photography revolution, they chose not to. In 2012, they were then forced to file for bankruptcy. This might be the risk that companies face if they choose not to get some blockchain education.

Let’s take a look at some other convincing reasons to gain an increased blockchain education.

Interoperability is getting closer and closer to becoming a reality, with a variety of blockchains working hard to achieve this goal. For those who don’t know, interoperability will allow for interaction between various blockchains and legacy companies. In other words, an increased number of companies and businesses will be able to incorporate and interact with blockchain companies.

As a result, many will be on the lookout for new employees who are well versed in the subject. At present, the likelihood of companies finding many employees who can easily make their way around a blockchain is low. As a result, companies may have to start providing some blockchain education to their current employees.

Blockchain Education and The Classroom

It is becoming more and more clear that many tertiary institutions are contemplating adopting blockchain in one way or another. According to Bullitin, a University of Cincinnati study found that, in fact, 92% of teachers agree that technology has a major impact on how students learn and interact with each other. They claim that blockchain is already positively impacting the learning process.

Further to this point, The United States of America Office of Educational Technology is also noting the importance of blockchain education and blockchain technology in the curriculum. They report that the advent and rise of the technology has caused them to “rethink and reimagine” a variety of the most basic aspects of their traditional systems of education.

In fact, they are calling on all stakeholders (including parents, learners, and educators) to gain a blockchain education and to help shape the way the technology is used in the classroom. This should be a massive indicator that having knowledge on the subject is important.

In terms of opportunities and income, blockchain education is a great route to take. There is a massive demand for people who are skilled in the area of expertise, and, in fact, working in this field brings you more perks than you would expect.

Firstly, blockchain companies and start-ups have a lot of money behind them. There are big investors giving loads of money to blockchain companies, big and small. And, because the field is still new, there is not much manpower behind it. For this reason, you’re likely to get a great salary if you end up going this route. It’s the basic principle of supply and demand. In addition, this fact goes for both technical and non-technical roles.

Second, working in this field gives you much more flexibility than you might get elsewhere, especially in terms of remote work or working from home. It has been proven, as well, that working from home promotes a higher rate of job satisfaction and productivity. Most commonly, blockchain companies are significantly more likely to allow employees to work from home more often.

If not for the revolutionary aspect of it all, this should be sure to get you interested in gaining a blockchain education.

Where To Find Blockchain Education

So, if you’re now convinced that gaining knowledge and skills in the blockchain industry is an attractive and important task, then you’re probably also wondering where you might find such an education. While there aren’t as many educational opportunities as there are for other, more traditional fields of expertise, there certainly are options and opportunities available.

Various US tertiary institutions boast offerings of full degrees in the area of blockchain. Some examples of these universities include Princeton, Stanford, MIT, Cornell, New York University, The University of Illinois, Georgetown, and Berkeley.

Of course, not everyone can afford a full-blown degree; it is a time consuming and costly thing to do. But not to worry, there are also various short courses and certifications you can complete online. These are less time-consuming, easier to find and participate in, more practical, and more affordable. A quick search online will lead you to some great opportunities.

Getting A Blockchain Education

Many argue that because the technology has not massively affected society just yet, it is not necessary to pressure ourselves to gain a blockchain education. And to some extent, that may be true. There is nothing really forcing us towards this goal, and presently it may not affect our lives at all. However, the potential it has for a technological revolution in the future should light a fire under you to get started.

Looking at the achievements of the technology thus far, its resilience to have stuck around for many years already, and the fact that it is increasingly being used in top companies should be an indicator that it is not going anywhere and will almost certainly grow much more. To get ahead of the pack, it’s probably best to have a foundational blockchain education at the very least.